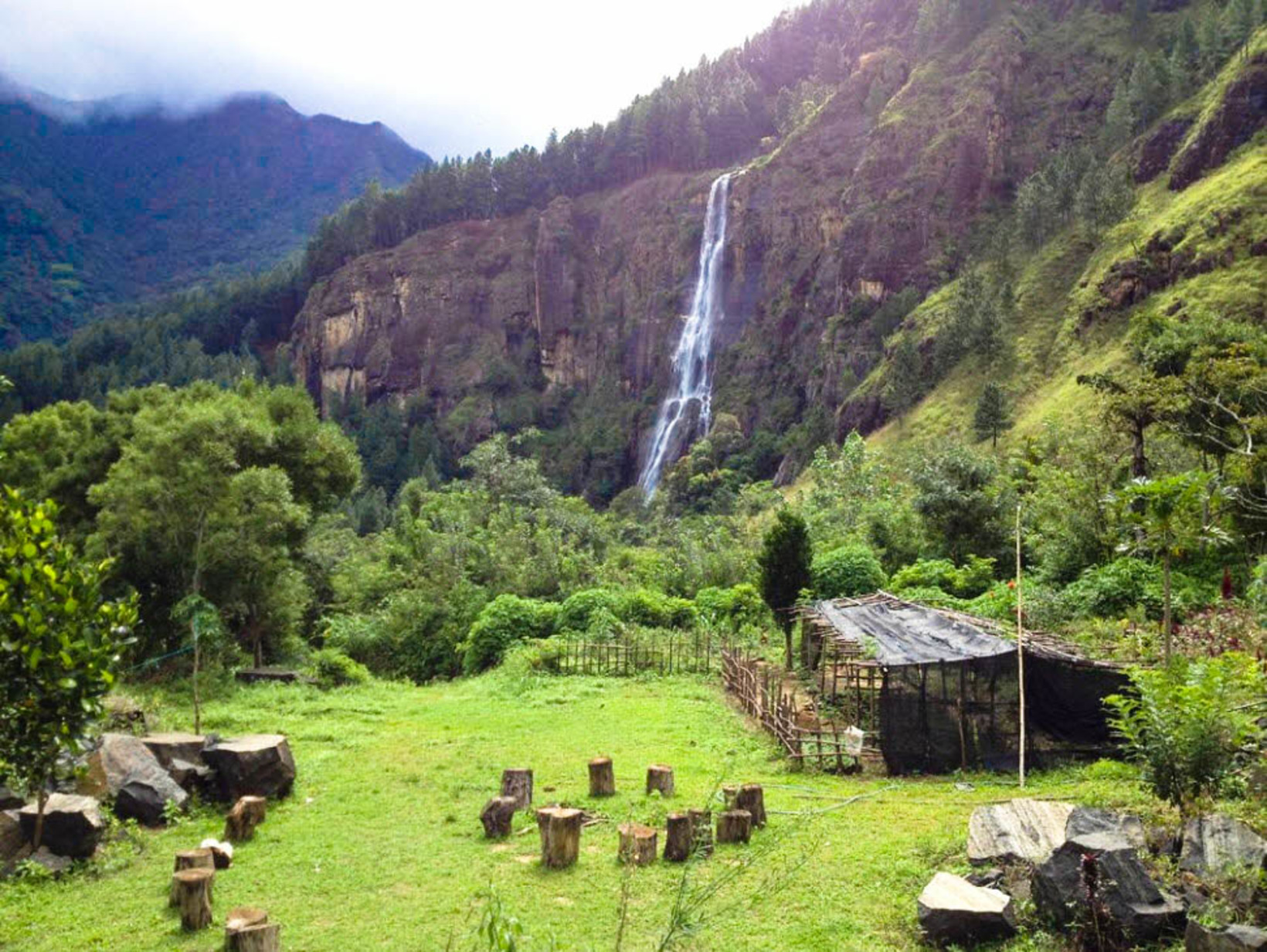 Amongst the majestic mountains of Kalupahana in the Central Highlands; leaps the beautiful horsetail waterfall of Bambarakanda Ella. A Horsetail Fall descends a very nearly vertical rock face, maintaining some contact with it. As the tallest falls on the island, Bambarakanda has a vertical height of 263m (863 feet); and is ranked 299th amongst the tallest waterfalls in the world. Situated in the steep pine-forested slopes of Badulla District, a mere 5m from the A4 highway; Bambarakanda originates from Kuda Oya, a branch of the Walawe River.

The area is a great spot for photography and picnics. There is a natural pool complex at the base of the falls; where you can also bathe before your meal, if you decide on a picnic.

Bambarakanda has a trail available for interested hikers to climb to the top of the falls. The crest has a beautiful miniature waterfall and a large pool that feeds the main falls. The uninterrupted views of the eastern plains also provide for some wonderful photo opportunities.
The best time to visit Bambarakanda Ella is between the months of March through May; as this is the period of time when there is the best flow of water. June to September tends to be a dry season in the area, and the falls get much less water. The months between November to February tend to have heavy rains; making it difficult to get close enough for viewing.

Things to Note :
* Ensure that you take a waterbottle as part of the trail is dry.
* Wear good hiking boots as the trail is slippery.
* Take salt for the leeches, and insect repellent.

0 – 900m (Waypoint BF01 – BF11): Turn right 650m down the main road, onto the footpath leading to the base of the falls. 150m down the trail, take another right turn to merge onto another footpath coming from the main road. Pass over a bridge before a light climb through a patch of pines. Take the right at 50m into the pine area to reach the base.

900m – 1300m (Waypoint BF12 – BF16): This section is a somewhat intense climb with hairpin turns through the pine forest, until the edge of the wooded area is reached. This point has a good view of the Horton Plains and the roads below.

1300m to 1600m (Waypoint BF17 – BF24): Turn right onto a trail that turns right back into the woods with a steep climb and hike the final 300m. This portion of the trail is quite slippery, so use caution. The trail goes right to the edge of the cliff, with access to a rock extrusion on the side of the falls which gives a 360° view. However, to reach the actual crest of Bambarakanda, follow the trail a further 100m until the smaller waterfall above and the pool that feeds Bambarakanda is reached. There is a steep and slippery 50m descent here that can be taken to get to the edge of the pool. This is the Crest of Bambarakanda Falls. 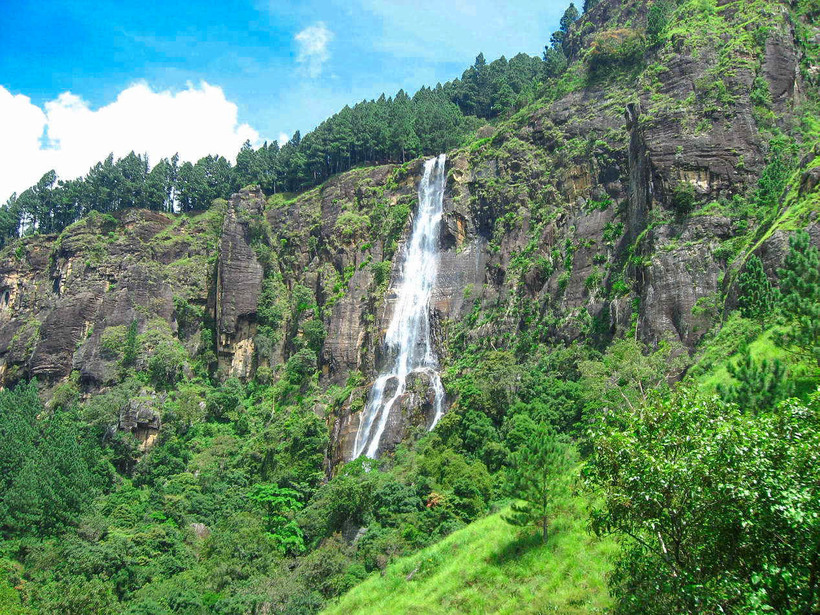 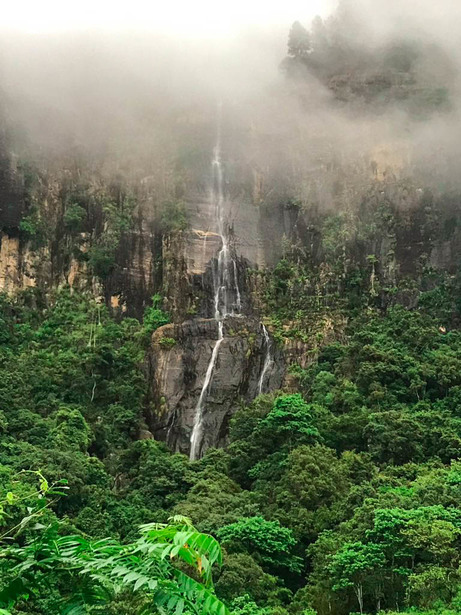 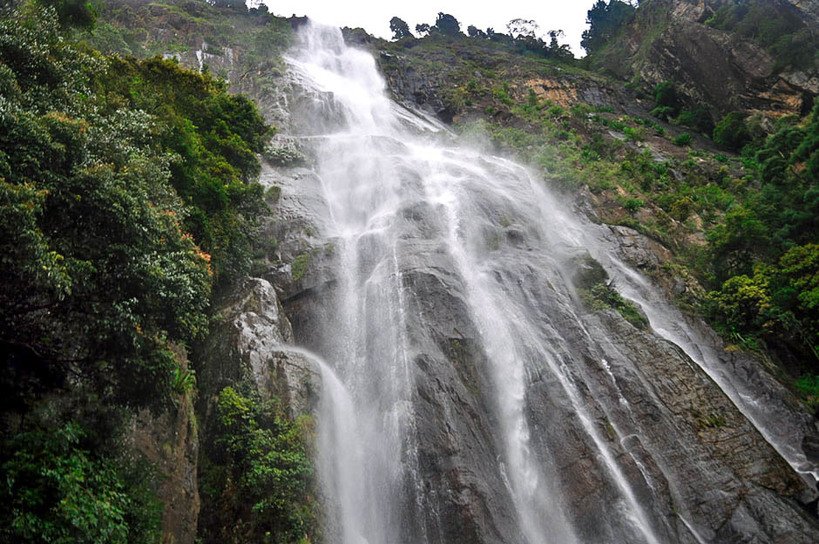 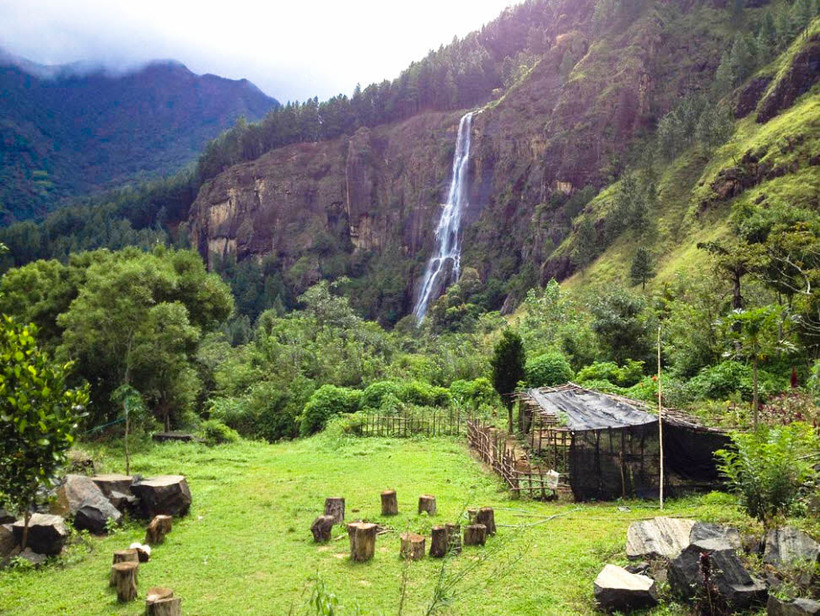 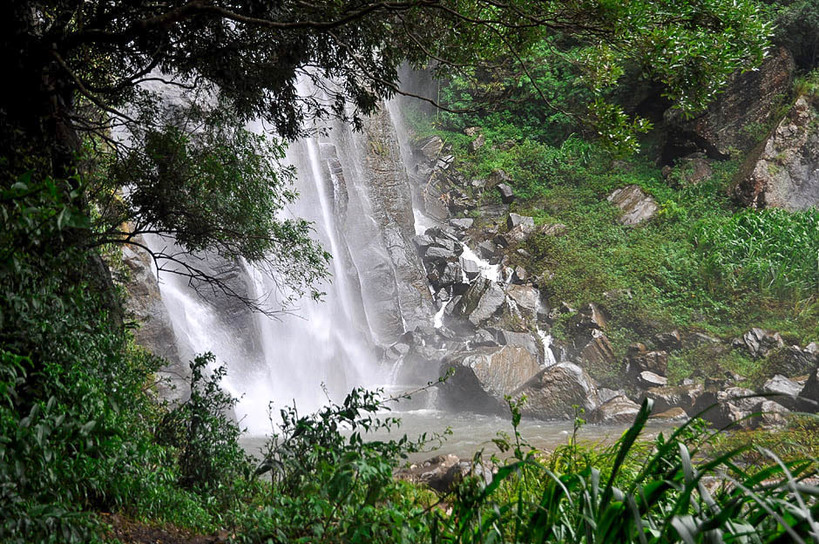 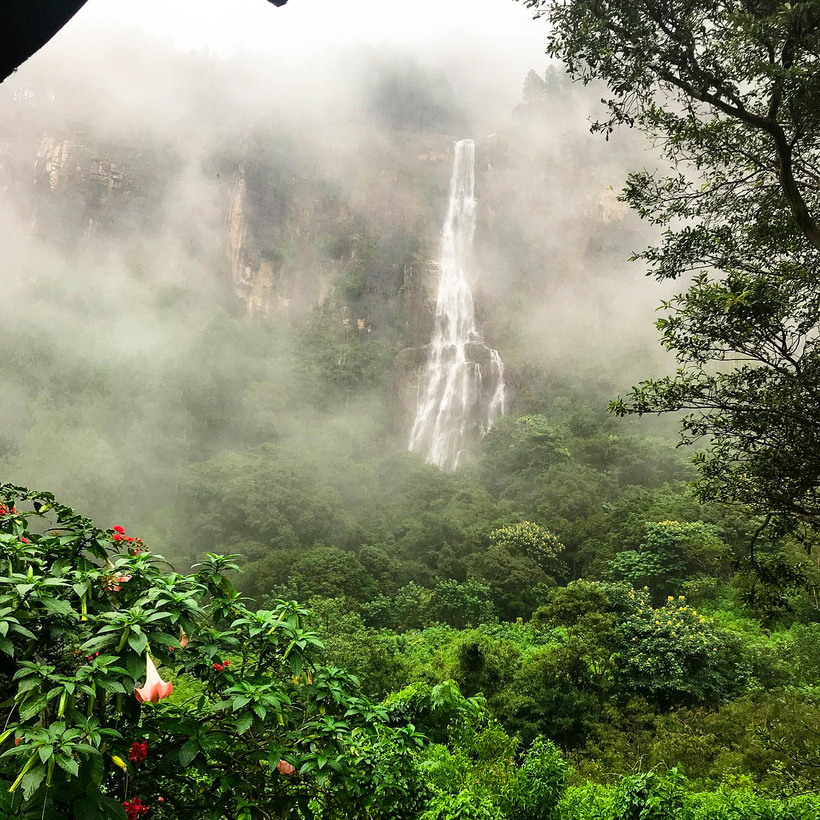