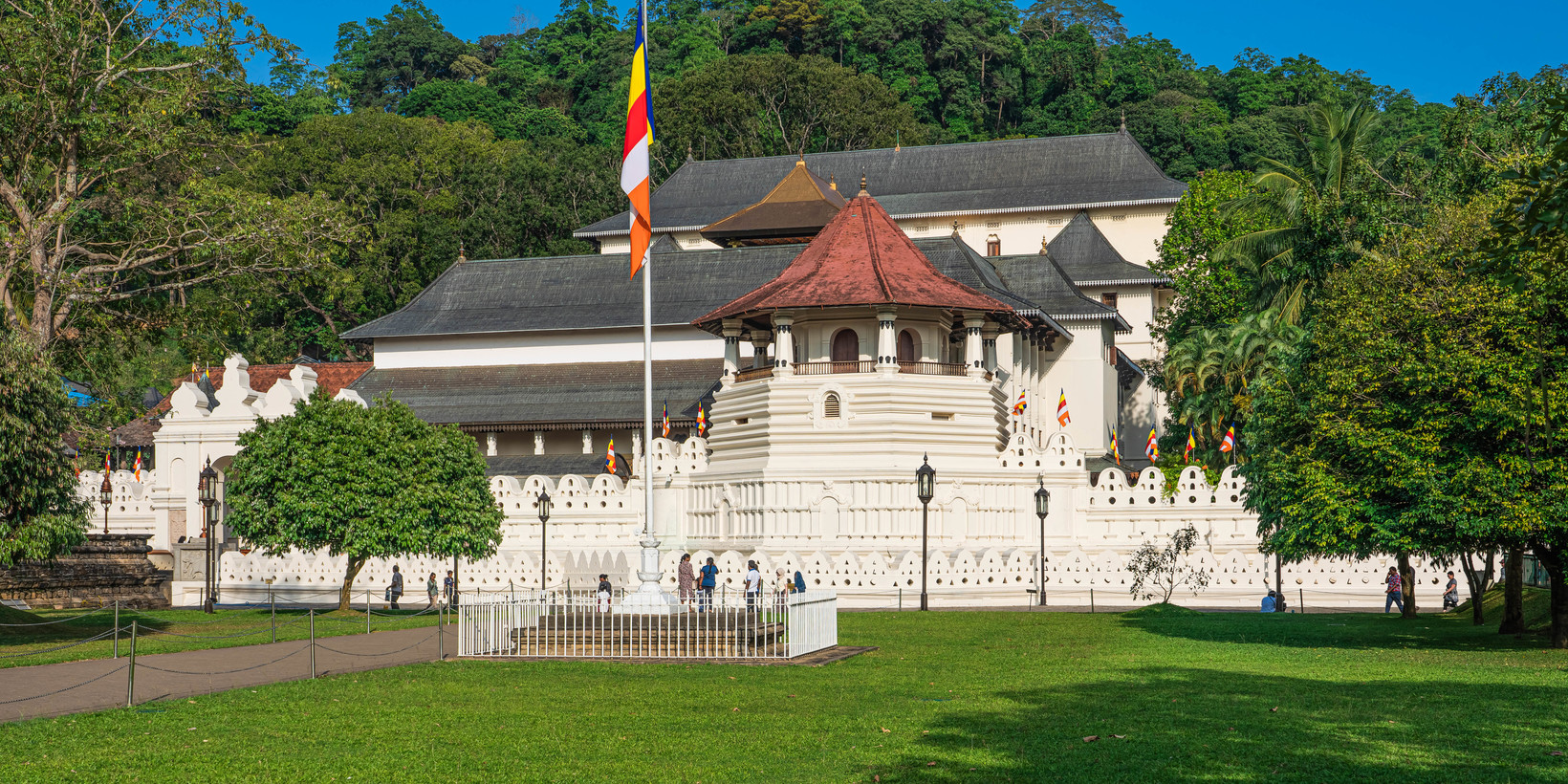 Temple of the Tooth Relic

In the Central Highlands, almost dead centre in the little island of Sri Lanka lays Kandy City. The crown jewel of the city is the famed Sri Dalada Maligawa, also known as the Temple of the Tooth. ‘Maligawa’ literally translates to palace, and the temple is part of the palace complex. The entire complex is over three centuries old at least, and has seen many a king’s rise and fall. It has seen bloody wars and peaceful reigns and is one of the most historical places still standing in the island.

Legend states that after Lord Buddha was cremated following his death, his remains were distributed among the different realms for worship. Apparently of all these remains his four canines were the holiest of all.

The entire temple complex, from peaked tiled roofs to white walls with large airy windows, is built using classical Kandyan architecture. The main shrine has two floors. There are various chambers in the floors including the one where the tooth relic is kept known as ‘handun kunama’.

The door to that chamber is carved in ivory and inside the tooth rests on seven gemstone-studded golden caskets.

The Temple of the Tooth is an art and history lover’s paradise. The first thing a visitor sees as they approach the entrance gates which lie over the moat is the large carved entrance arch with its elephants on either side. The ground before the entrance has a carved ‘welcome mat’, also known as a ‘moon stone’. The moonstone is similar to a full moon cut in half with rows of animals and other carvings depicted in concentric rows inside the sector. The flat area is placed along the edge of the entrance with the curved area facing the visitor.

The insides of the shrine are covered in beautifully detailed and elaborate paintings. With low curved ceilings of corridors and paved floors with their stones polished by a million feet, the shrine transports its visitors to a different age when kings walked the soil of Sri Lanka.

In addition to the main shrine there are other attractions such as the Royal Palace that now spends its days as an archeological museum, the Audience Chamber which now doubles as a chamber for ceremonies, and various other associated structures.

The Esala Perahera is a sort of festival held in July to commemorate Lord Buddha’s Conception, Renunciation, and First Sermon. This celebration is part of the social tradition of Sri Lanka, and has colorful processions with entertaining circus like elements such as elephants, sword dancers, fire eaters, stilt walkers, etc.

However the main attraction of the event is the Tooth Relic brought out on the back of a decorated elephant for all to worship. The Kandyan dancers too play a major role in the procession.

The Temple of the Tooth and the Esala Perahera are part of Sri Lankan tradition and must be seen by any and all visitors to the country.