Just off the busy main streets of Pettah in Colombo, is a veritable oasis of calm water, dark wood and smooth cement walkways. The Pettah Floating Marketing may not actually float over the water, but it definitely floats over the hustle and bustle of the dirty streets in Colombo busiest trade zone.

Located on Bastian Mawatha, a short one-way street that cuts through to connect a curved section of Olcott Mawatha like a bow, the Floating Market lies right opposite the Pettah Private Bus Station. This is the central depot where all the private bus routes into, within and out of Colombo connect. Right next to the Bus Station is the Pettah Fruit and Vegetable Market, a goldmine of fresh produce brought in from all around the island. As such the street is extremely busy, despite it’s being one-way only.

Therefore coming up on the calm piece of beauty amongst all the noisy hubbub of the city always is quite a pleasant shock.

The Creation of the Pettah Floating Market

Approximately twenty years ago, in the late 1990s, the space where the Floating Market is on Bastian Mawatha was one of the worst areas in Pettah; filled with abandoned age-blackened factories and warehouses, a stinking canal from from the colonial era, shifty looking men lurking in shadowed corners and much illegal activity. In the meantime, along some of the other streets in Pettah, street sellers crowded the sidewalks with small illegal stalls, overflowing with wares, forcing the pedestrians to use middle of the road to travel. This caused several dangerous accidents causing the Urban Council of Colombo to break their heads over it. However with the civil war going on at that time in Sri Lanka, resources were scarce and nothing was done.

In the first decade of the new millennium the situation became worse, with even more street sellers blocking the streets and some even spilling into the road. The shady warehouses near the city’s main private bus depot became even more threatening, a haunt of drug dealers, criminals and other lowlife, the place stank and the ground was spattered with all sorts of unspeakable filth. Most decent people tried to avoid going down that way, trying to catch buses from other halts or buy produce elsewhere. With the war at an end the resources used in the war lay idle.

Then the Colombo Urban Council came to the decision that this could not go on. They decided to kill several birds with one stone. They engaged the Urban Development Authority  (UDA) on a beautification project that would end up costing Rs 150 Million. The UDA contacted the Ministry of Defense and requested the assistance of the Engineering Units from the Sri Lanka Army and units from the Sri Lanka Navy, who were both at the time finding themselves at a quandary with nothing to do.

The military units went to work cleaning up the surroundings of Bastian Mawatha. The canal was dredged and cleaned. Broken and abandoned warehouses were demolished and their lands used as space for the floating market. Trees were planted making the street more green and lively. The canal was extended and widened. A brilliant young architect Thushari Kariyawasam looked the space over and came up with a beautiful design of simple and rustic open-sided pagodas made of smooth grey cement and surrounded polished wooden walkways. The pagodas were built over the water on platforms placed on sturdy pillars, and were reached by wooden boardwalks. The decor was minimalistic, with simple cement cubes placed along the wide boardwalks as seats and shaded by red umbrellas that matched the orange shades of the roofs. Little interesting details that attracted the eyes were added. Surrounded by the now-clean and calm waters of the canal, the space became surrealistic.

There were spaces allocated for 92 shopping stalls, including spaces within the pagodas, little wooden huts, and spaces within boats permanently moored to the platforms. Once the structure was complete, the streets in Pettah were cleared of street hawkers, and they were moved to the Floating Market. There, they had to pay rent, but the facilities were better and it was much cleaner.

On 25 August 2014, the Floating Market of Pettah was declared open by the Health Minister, Maithripala Sirisena, who later went on to become the President of Sri Lanka.

Halfway there a section of the boardwalk branches off to a separate pagoda where the main restaurant is located, though you will find other small eateries further inside. As you head on to the main part of the market, you may notice that some of the stalls are empty.

While initially the floating market was filled to the brim and extremely crowded, with time the crowds fell. Many of the vendors, who were used to having illegal street stalls with no rentals, found it difficult to accept having to lose some of their profits to the rentals. They left for regions unknown, possibly outside Colombo considering that street hawkers are strictly prohibited now on Colombo’s streets.

On the other hand, the quieter atmosphere has given way more simpler and calmer visitors who are just looking for a walk and a bit of window-shopping, and some romantic couples looking to spend some time together on a date. The stalls include some clothing and shoe stores, food stalls, a few small general stores, accessory stores and electronics stores. There is also s fruit stall or two that caters to the more eccentric needs of the occasional foreigner who suddenly wishes to munch on some fruit.

While the water of the lake is now green with algae, and smells quite bade in the intense heat of the summer; other elements such as the quaint arched wooden bridge, the little lotus pond behind the stalls, the occasional waterbirds that visit the lake, the calm and quiet atmosphere and the occasional decorative statue all add character to the place and make it quite worth visiting – even if it’s just to see the architecture alone.

The Pettah Floating Market is a great place to visit and is quite photogenic. So make sure to take your camera when visiting. 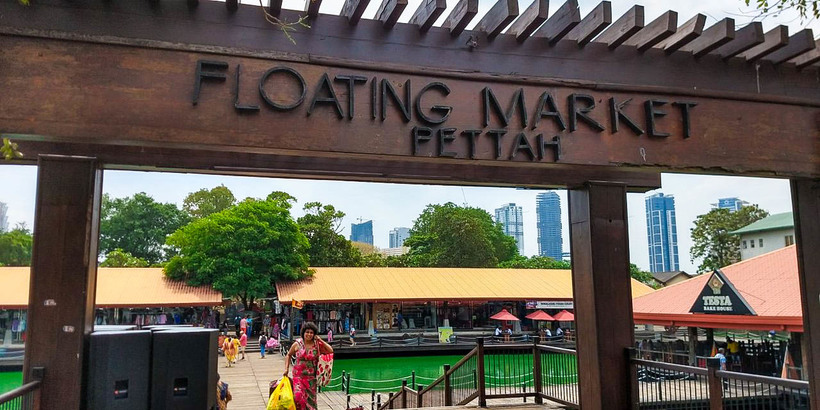 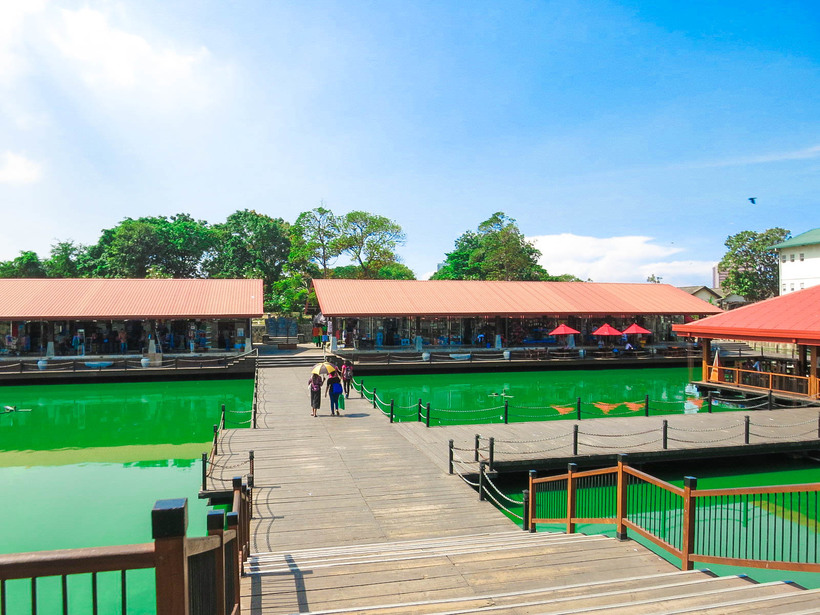 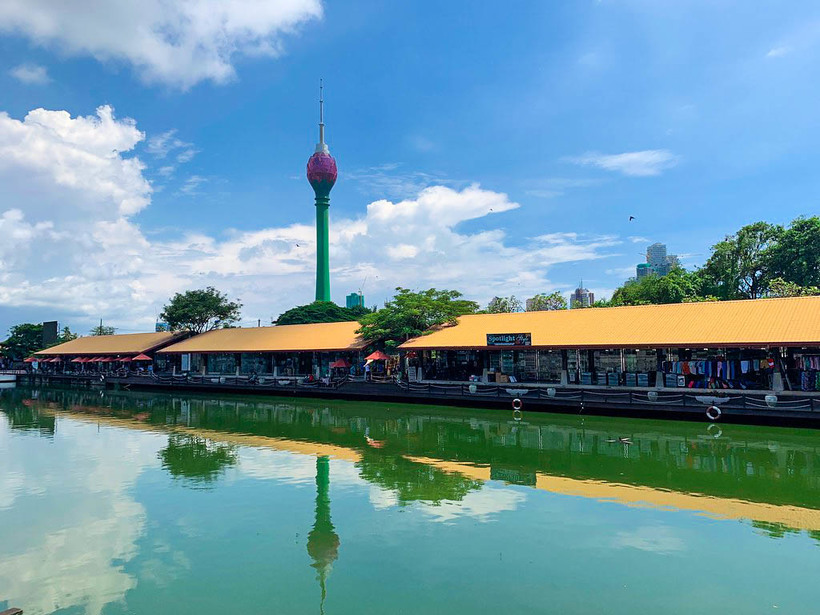 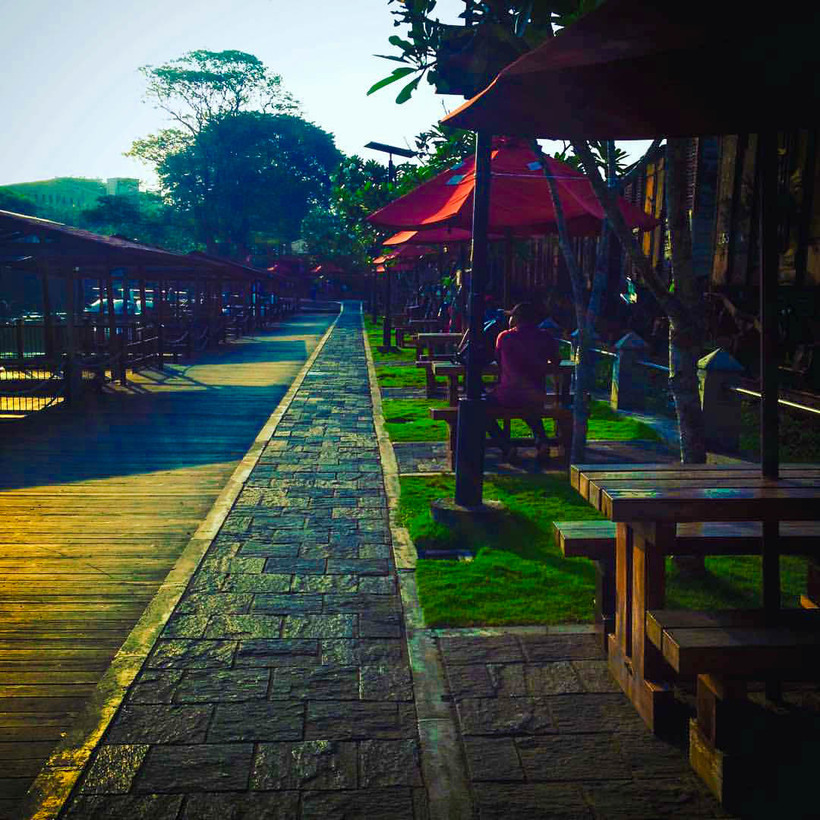 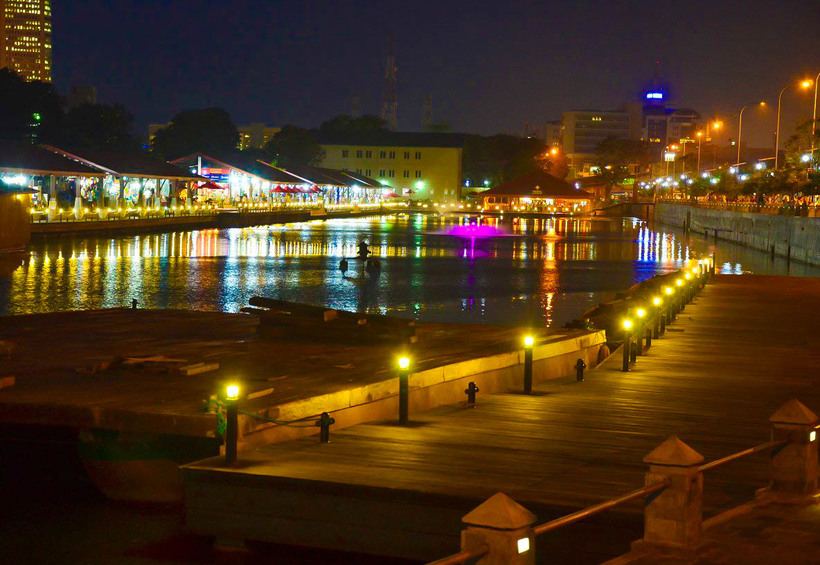 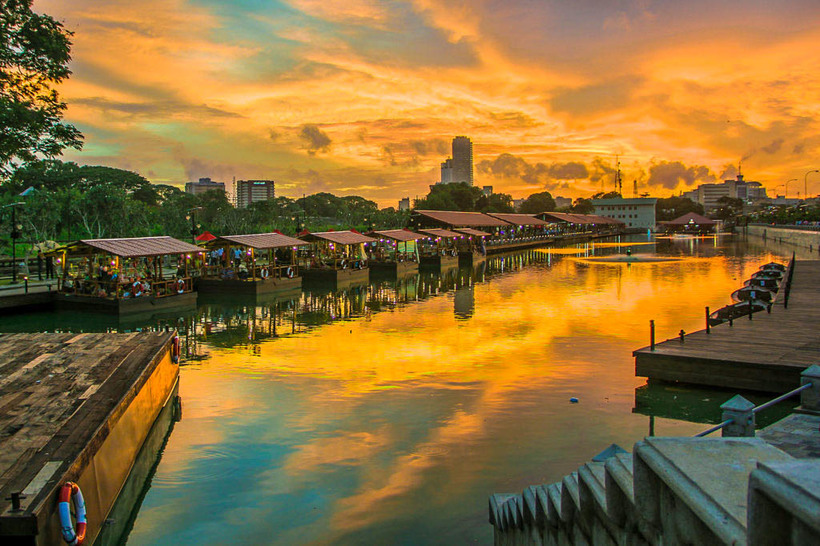