Amongst the little known historic monuments of Colombo, is large gothic church-like mansion in the old business quarter of Pettah. People, both locals and tourists, pass it by with little thought to what it contains – a veritable treasure trove of artifacts. It vanishes among the landscape surrounded by equally dated buildings, colorful modern shops and other interesting pieces of architecture. The fact that it’s in one of the busiest sectors of the city doesn’t help. This building is the Old Town Hall, once the seat of the Colombo Municipality and was the main location for council meetings in Colombo.

The Old Town Hall was built in 1873, designed by the British architect J G Smither who also designed furniture to match, and was the first civic building to be opened in Colombo. The building was used as the municipal headquarters for over 50 years, until 1924. At the time thee was also a hall alongside it, used for the growth of the arts in the form of street plays and dramas – Edinburgh Hall. The hall was built at the same time and reflected several matching architectural features; such filigreed cast iron detailing, a slightly gothic design and etc.

In 1925, the Municipal Headquarters were moved to the current Town Hall, next to Viharamahadevi Park. With the change of premises, the Old Town Hall fell into dust and disuse; along with Edinburgh Hall, which was no longer the best location to show off the arts.

In 1980 the crumbling structure came to the notice of the president of the time, Premadasa, who renovated it by 1984 and turned it into one of Colombo’s historical attractions. The adjoining building was converted into a museum, and Edinburgh hall was turned into Edinburgh Market where street hawkers could ply their wares.

Within the Old Town Hall

There’s no entrance charge for visiting. So it’s basically just knock and enter. Once you enter the building, the first thing you notice are the motes of dust that glimmer in the dim light that comes in from the aged glass panes of the tall windows. A musty smell permeates the structure. The smell of time and history.

Some of the ground floor is still in use for government meetings. You may see some plainly furnished, but perfectly serviceable chairs and tables in such rooms that are in use. The lack of dust in these spaces is also a giveaway.

The sole caretaker of the large Old Town Hall will take you upstairs. Be ready for a mini freakout. Once you get to the top of the stairs, you’ll find yourself in a large open room with a conference table in the center. And here’s creepy part, there will be 15 men seated around the table in dated suits. It’s only closer inspection that will reveal them to be somewhat dusty life-sized wax figures. Each have a name card placed before them (including one W. Shakespeare?!), and some have strangely colorful neckties.

Other than this strange plateau; there are other life-sized statues of servants/butlers, paintings, and some old photographs. You can also view the city from the windows. Make sure to check the room to the side. It has some early typewriters, old radios, and the pièce de résistance – a 1785 map of Colombo. Once you come back down, make sure to visit the adjoining museum. It has a number of different artifacts; including ancient machinery, old metal street signs mounted on an equally old wooden post, antique boilers and timers, old light holders, an old mobile library vehicle, and a a giant lightbulb that lit the entire square outside the Old Town Hall.

There is much to see at the Old Town Hall; some quite interesting and unique, some not so much, and some downright strange. Whatever the case may be, this monument is definitely worth having a visit while in Colombo. 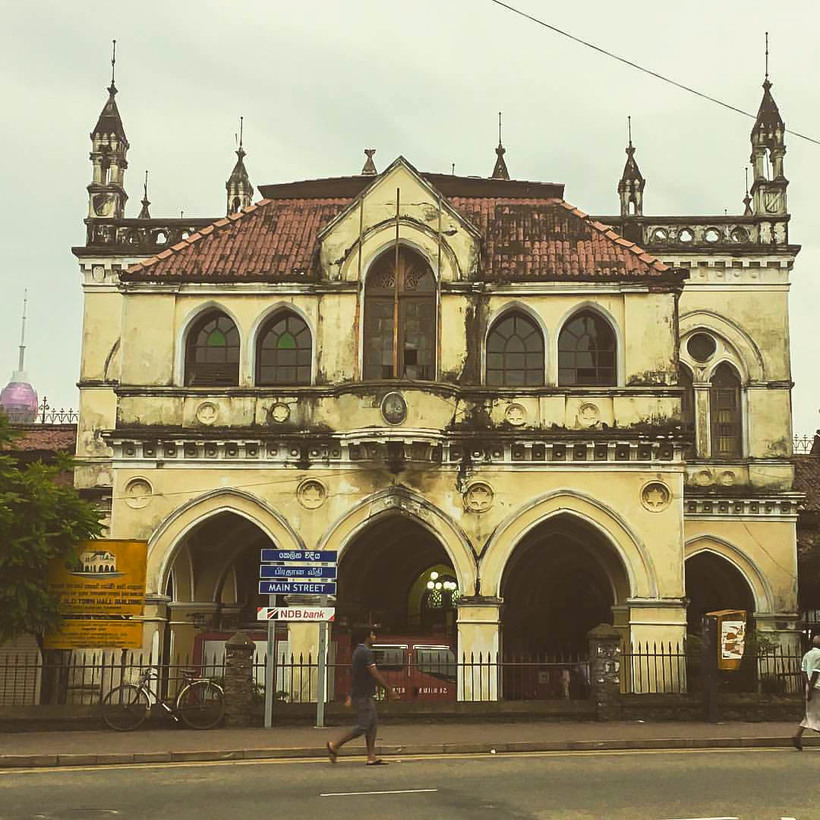 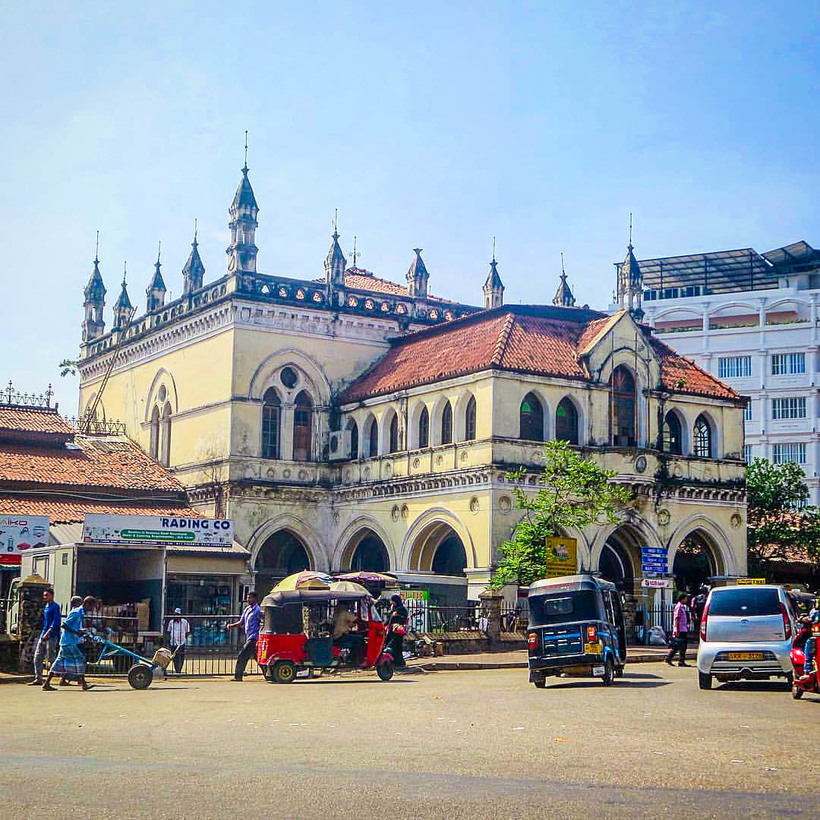 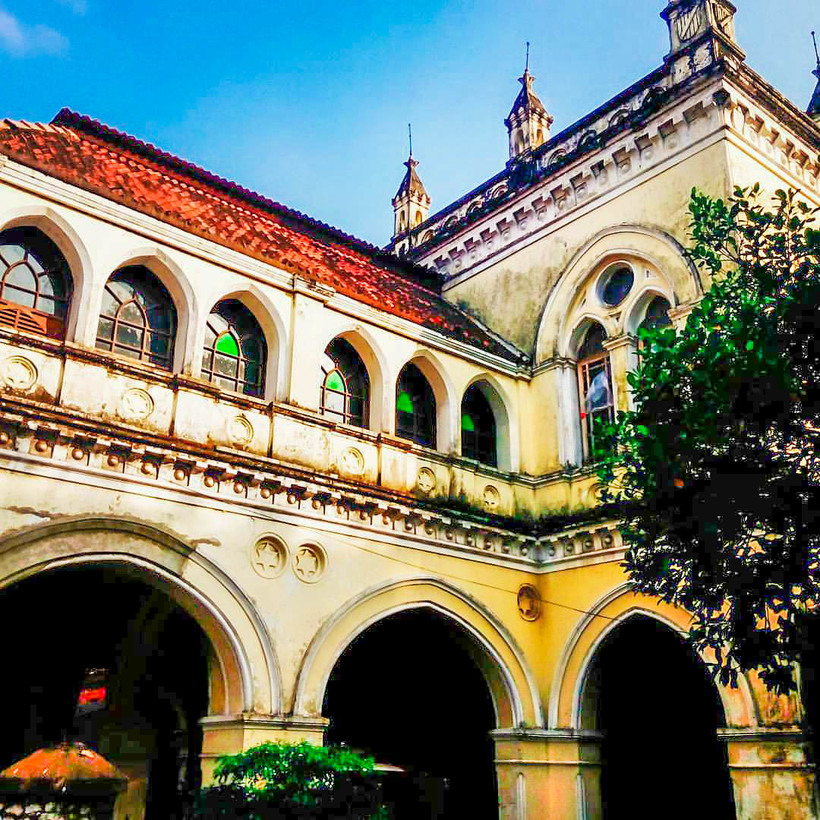 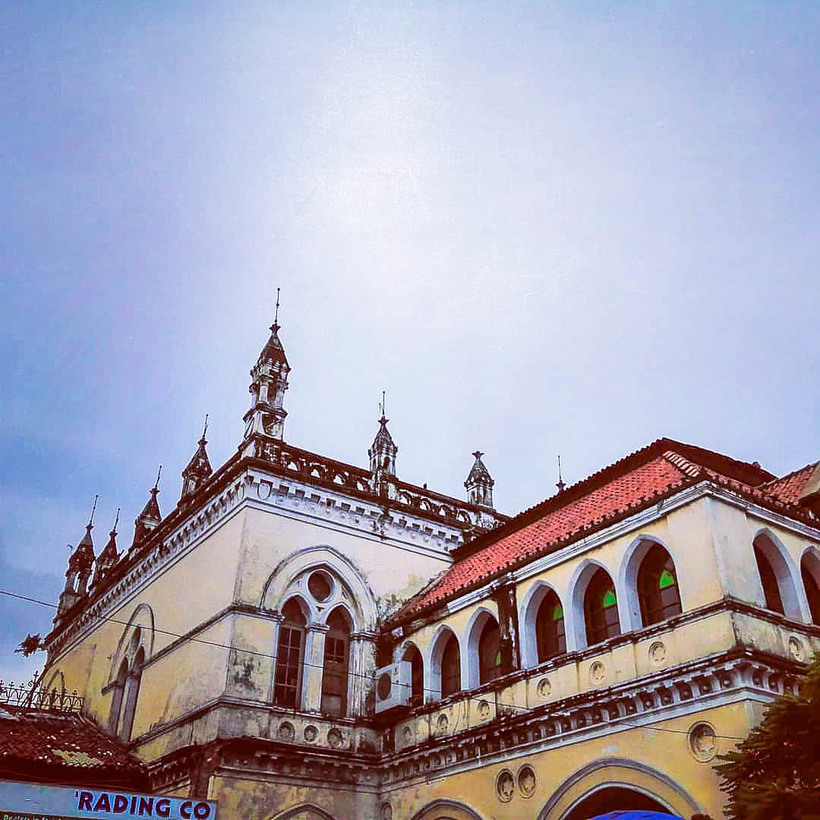 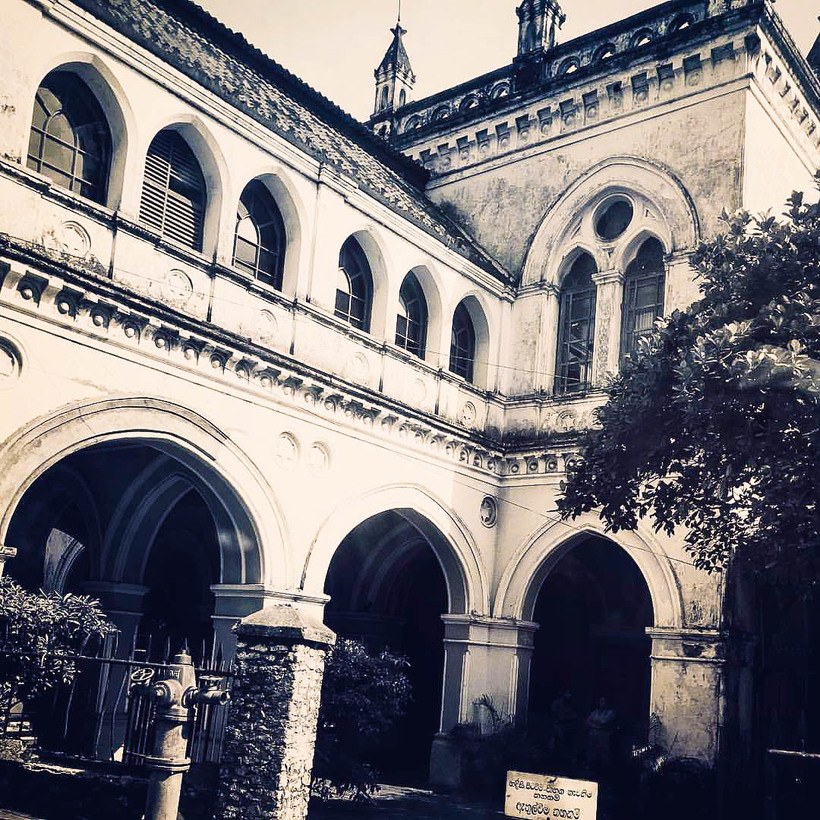 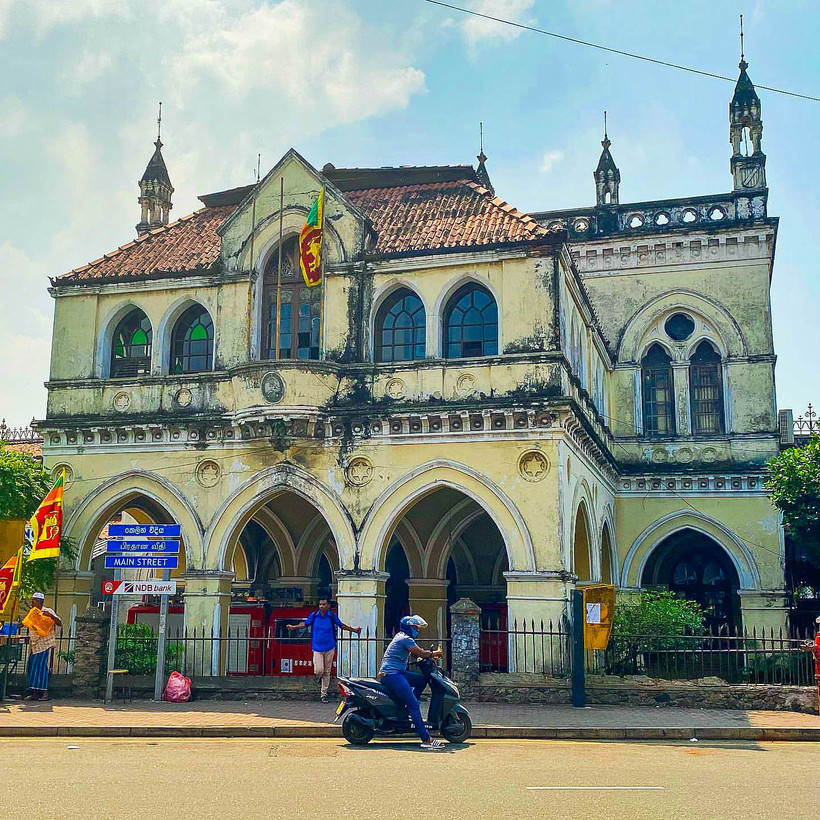