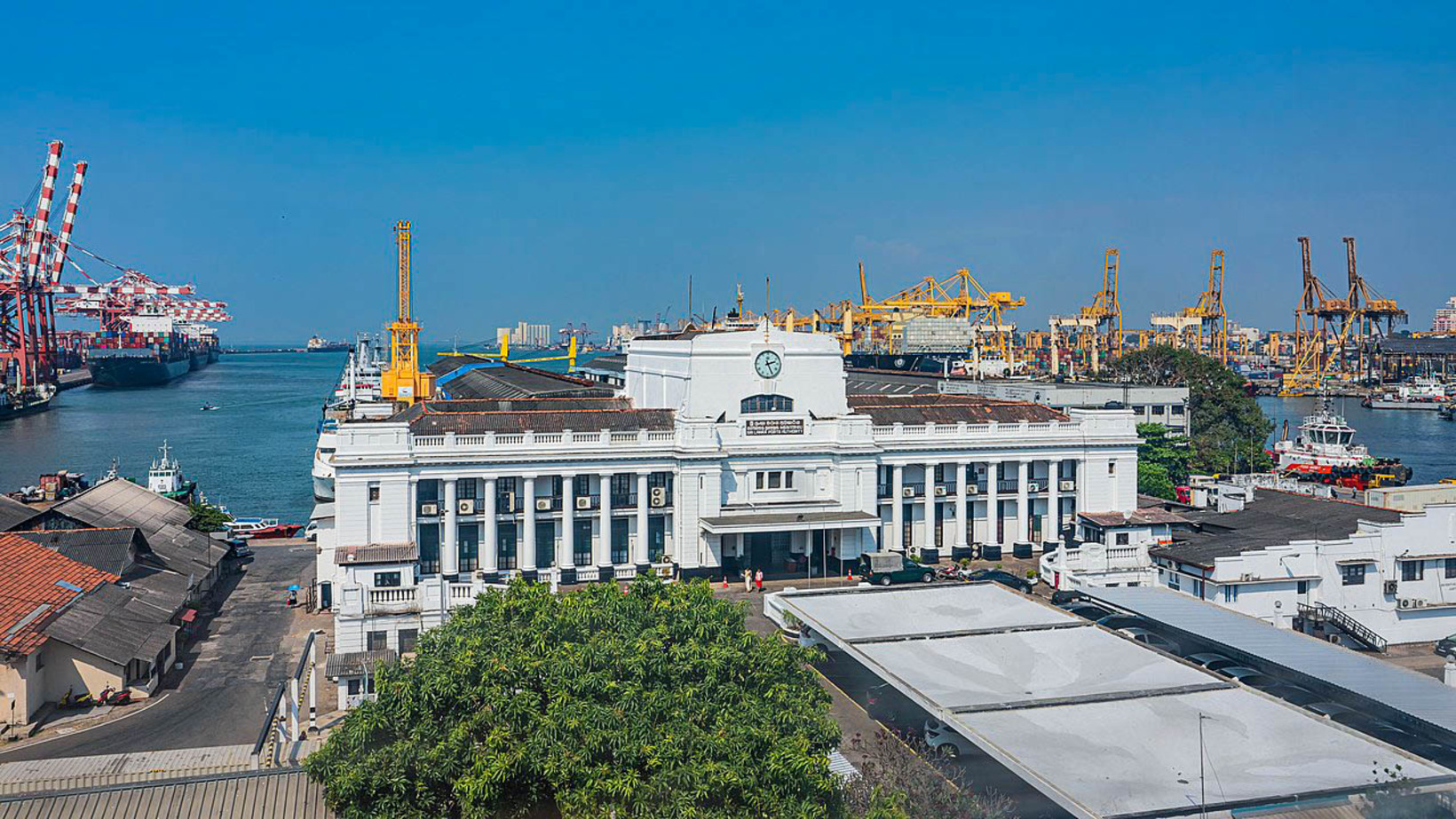 Colombo Harbor in Sri Lanka: The Entrance to the Silk Route

Considered the largest and busiest port of Sri Lanka as well as in South Asia, the Colombo Harbor in Sri Lanka serves as an important terminal in Asia due to its strategic location in the Indian Ocean.

With a capacity of over 4.1 Million TEUs and a dredged depth of 15m or 49 feet the Colombo Harbor is ranked in the top 35 ports in the world and also one of the world’s busiest. The port also serves as a naval base for the Sri Lanka Naval Fleet.

The Colombo Harbor in Sri Lanka is holding a place in Sri Lankan history as well. It was widely known by Roman, Arab, and Chinese traders traveling across the silk route and it was regularly busy. By the 8th century, Arab Muslim traders used Colombo as a base for trading in this part of the world.

It is claimed that Indians and the Persians were among the first to use the harbor. The port was discovered by the Portuguese in 1505 when they first stepped foot on the island. The Portuguese soon took complete control of the port and expelled the Muslims and other traders and began building a Fort in
1517.

This acquisition was followed by the invasion of the Dutch which saw an exchange of hands of the running of the fort. The area was captured by the Dutch but eventually handed back to the king although it was kept under supervision due to the rich cinnamon harvest in Sri Lanka.

After the port fell into the hands of the British in 1796 it was made the capital of the new British colony called Ceylon. The British decided to build houses and civilian buildings rather than making it into a military center, giving birth to the modern Port of Colombo.

The port saw many dramatic changes after the country gained independence in 1948.

1980 saw the birth of the Sri Lankan ports authority. The harbor underwent a major transformation to handle containerized cargo in the early 1980s, with two being built by the end of the 1980s and three more in the early 1990s. Due to this, and its strategic location amidst trade routes, the port became more attractive to mainline shipping than any other port in the region.

By 2004 the port was handling 2.2 million TEUs of containerized cargo, which saw an increase to 2.45 million TEUs in 2005. At present, the port handles 15% of transshipment cargo in South Asia.

A large scale expansion took place in 2008 costing around US$1.2 Billion. The project, which is headed by the Sri Lanka Ports Authority and built by the Hyundai Engineering & Construction Company, saw completion on the 11th of April 2012. Upon completion, it will increase the annual container handling capacity from 4 million TEUs to approximately 12 million TEUs. It will also be able to accommodate larger container vessels, carrying around 12,000 TEUs.

The port facilities include:

Berth is the term used in ports and harbors to refer to the location where a vessel may be moored, usually for the purposes of loading and unloading. Berths are designated by the management of a facility (e.g: port authority). Vessels are assigned to berths by these authorities.

Container cranes consist of a supporting framework that can traverse the length of a quay or yard on a rail track. Instead of a hook, they are equipped with a specialized handling tool called a spreader. The spreader can be lowered on top of a container and locks onto the container’s four locking points (“corner castings”) using a special mechanism. Cranes normally transport a single container at once, but some newer cranes have the capability to pick up multiple 20-foot containers at once.

A terminal tractor, known most commonly as a spotting tractor, yard truck, yard goat, yard jockey, or mule, is a semi-tractor intended to move semi-trailers within a cargo yard, warehouse facility, or an intermodal facility. Much like a switcher locomotive is used to position railcars this vehicle allows easy and quick transportation of Containers within the port or even outside.