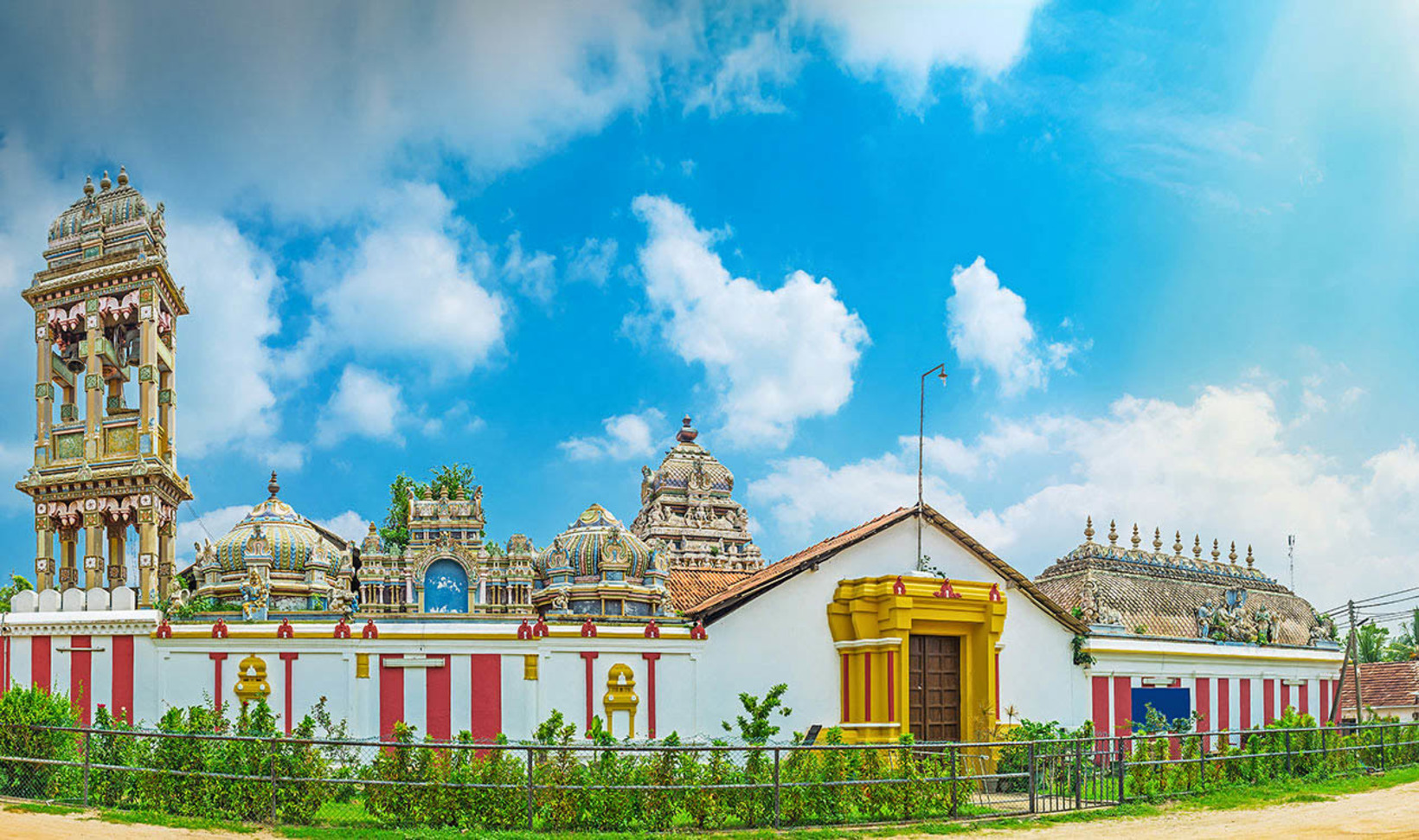 Munneswaram Temple complex is a collection of five temples, including a Buddhist temple. The central temple dedicated to Shiva is the most prestigious and biggest, and is popular amongst Hindus. The other temples are dedicated to Ganesha, Ayyanayake and Kali. The Kali temple is popular with Buddhists and Roman Catholics. This important Buddhist temple is an important Hindu temple in Sri Lanka, a mainly Buddhist country. It has been in existence at least since 1000 CE, although the surrounding tales that the temple associate it with Ramayana, and its hero-king Rama. The temple is one of five ancient temples dedicated to Shiva. Post-19th century, most of the devotees of all temples in the complex belong to the majority Sinhala Buddhist ethnic group; the temples, excluding the Ayyanayake and the Buddhist temple, are administered by Tamils. The temple is located in Munneswaram, a village with mixed Sinhala and Tamil population situated in the region in the Puttalam District. The temple was destroyed twice by the Portuguese, who handed over the properties to the Jesuits. Although the Jesuits built a Catholic chapel over the temple foundation, local Sinhala and Tamils reconstructed the temple both times. Due to religious and demographic change after the late 18th century, most surrounding villages and towns are not directly associated with the temple administration and maintenance but the villages of Maradankulama and Udappu are linked with organizing the main temple festival.

The main festivals celebrated at the temple include Navarathri and Sivarathri. The former is a nine-day long festival in honour of the presiding Goddess, while the latter is an over-night observation in honour of Lord Shiva. In addition to these two Hindu festivals, the temple has a festival of its own, the Munneswaram festival, a four-week long event attended by Hindus, Buddhists, Catholics, and Muslims.

According to anthropologists Richard Gombrich and Gananath Obeyesekere, the cult of Kali reached Sri Lanka via South India. Although Kali shrines may have been part of Tamil Hindu temples prior to 12th century CE, the Sinhalese Buddhist population came to revere Kali as a village demon at least by the 12th century CE. The first known Hindu temple with a shrine to Kali to become popular with the Sinhalese Buddhists is Munneswaram.

A myth that has Kali landing at the town of Chilaw and residing in Munneswaram, has made the temple a popular place of visit for cursing and sorcery purposes. In the early 1970s, the majority of the Sinhalese visitors were there for sorcery purposes, but by 1990s more than half have been visiting the temple for general veneration purposes, demonstrating the transformation of the deity from a wicked demigod to a Mother Goddess. Since 1960s a number of Sinhalese Buddhist shrines dedicated to Kali have sprung up all over the island, especially in urban areas. These are managed by Sinhala Laymen and women who are trance specialists and act as intermediaries between the deity and the devotee while being possessed by the deity. 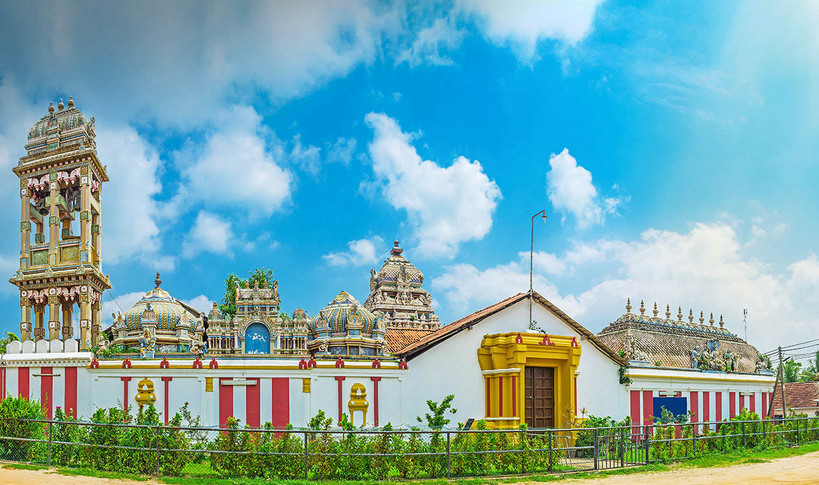 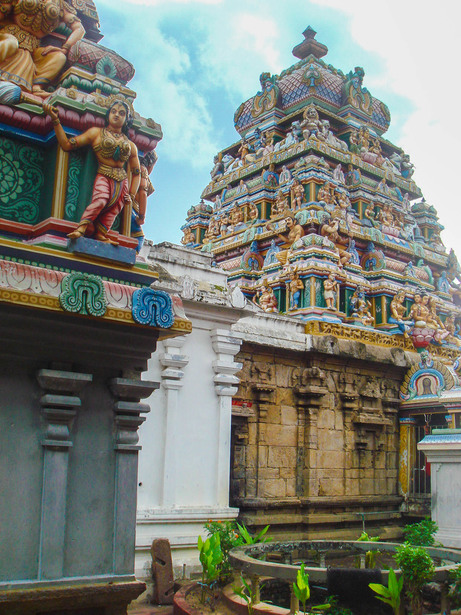 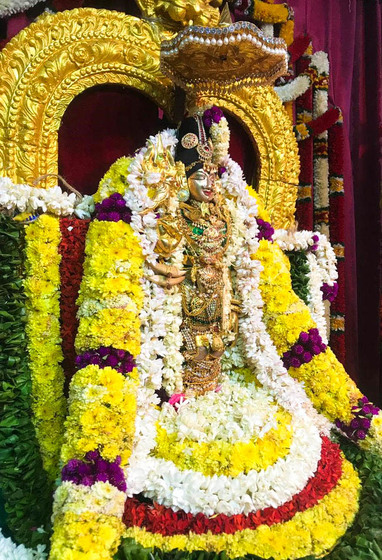 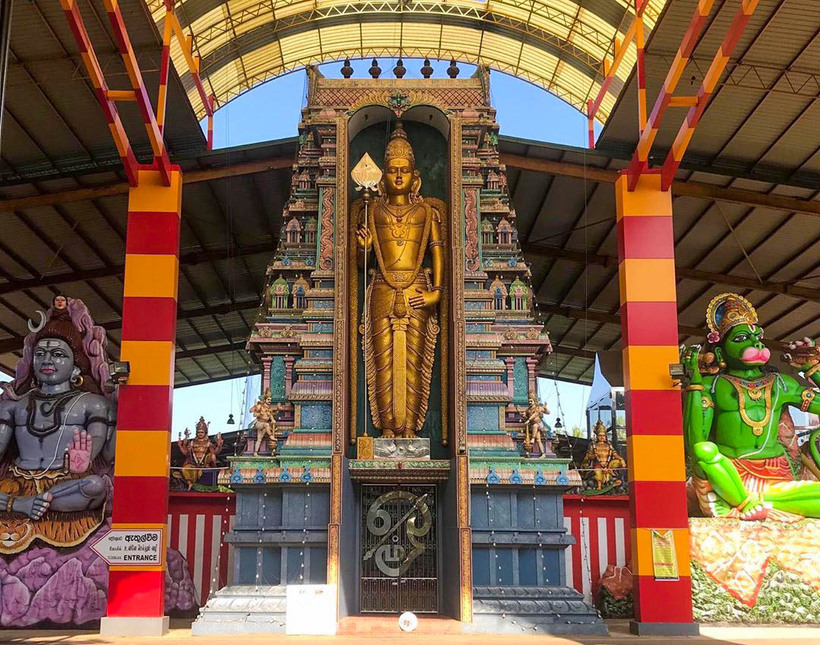 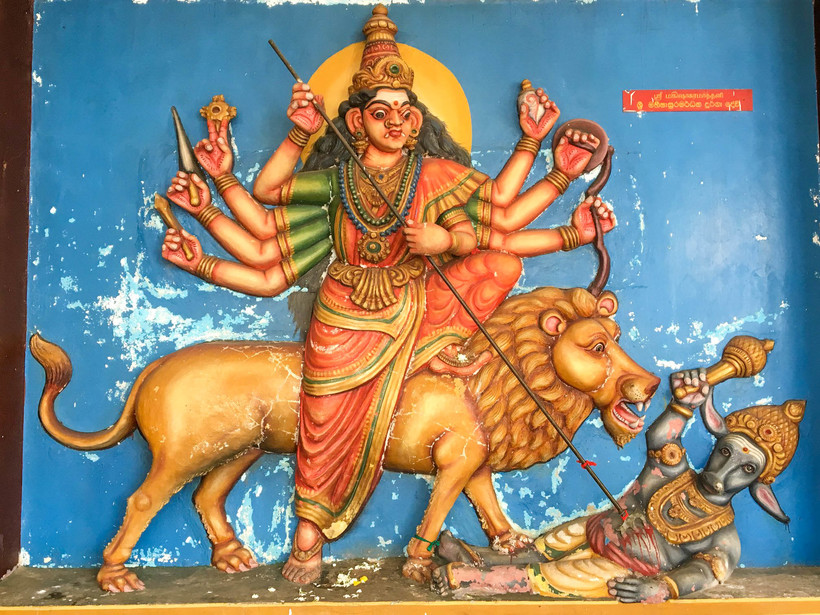 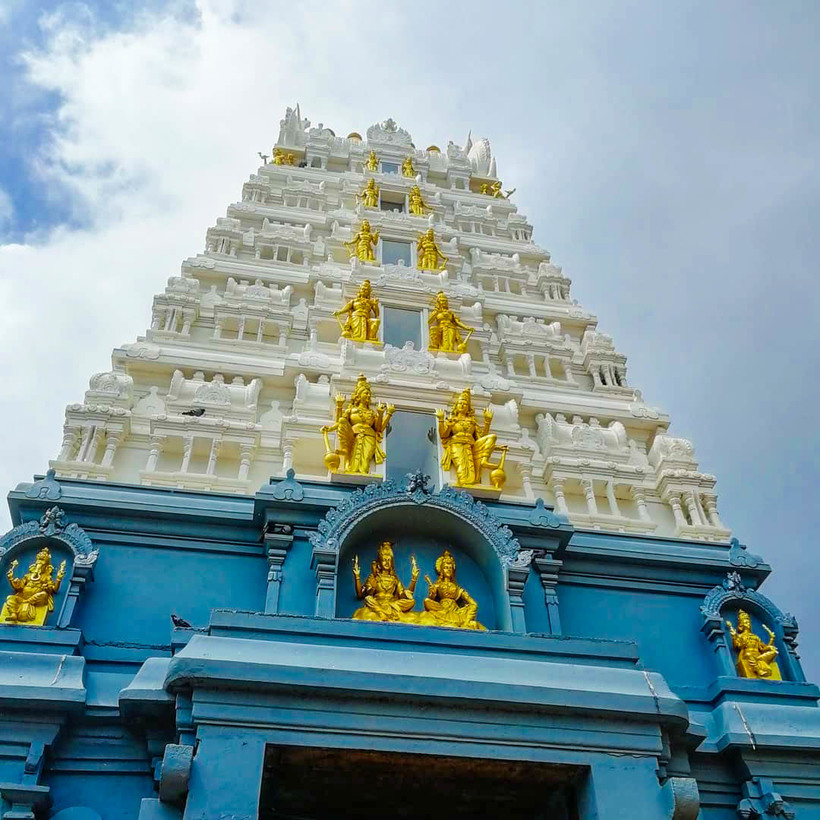