Within the heart of Colombo is the Gangarama Buddhist Temple. Built during the late 19th century for the Buddhists who lived in the capital city of Colombo; the temple sprawled over a large area of land and included several outer structures. The Seema Malaka is one of these. Originally, it was built with a foundation within the floor of Beira Lake, and was the image of stolidity. However, it was not able to withstand the marshy ground underneath the lake. By 1970 the Seema Malaka had sunk completely under the waters of of Beira.

And then in 1976, Sir Geoffrey Bawa was hired to do this difficult construction design. He created three floating platforms interlinked by pontoon walkways and anchored to the base of the lake by way of stone pillars.

The light design ensured that the construction would not sink. The entire structure is connected to the shore using another pontoon bridge. He created a design that emulated the ancient monasteries of Anuradhapura, and added his own signature modern twirl to it. Bawa was one of the most influential Asian architects of the mid to late 20th century, and was well known for founding Tropical Modernism. This style is very apparent in the deep blue clay roof tiles of the main temple, the simplistic and yet delicate structure made of a collection of wooden spindles and banisters that lets plenty of air and light in, and the overall design that conforms to nature instead of fighting against it. 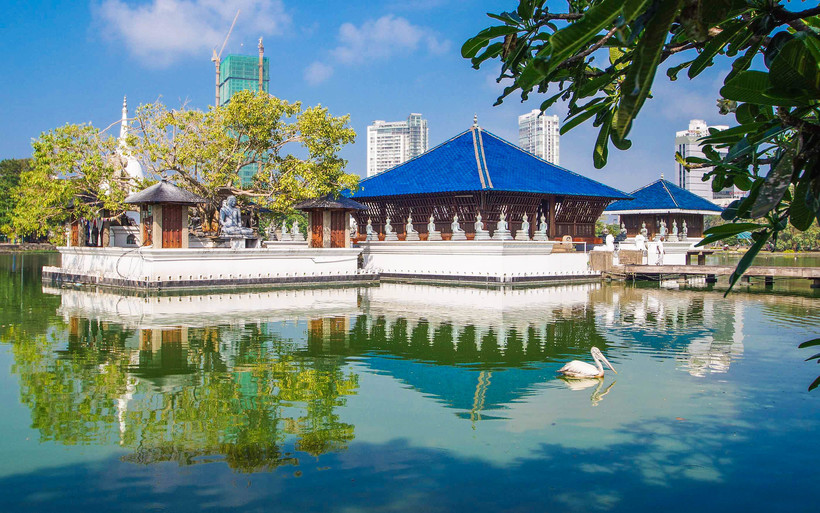 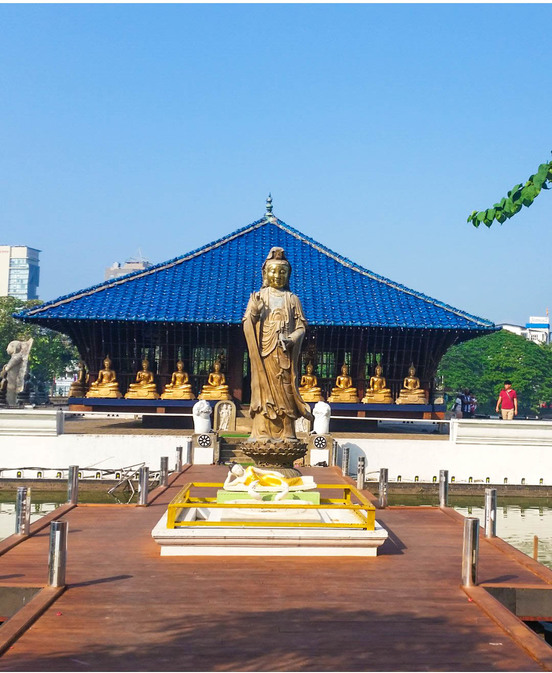 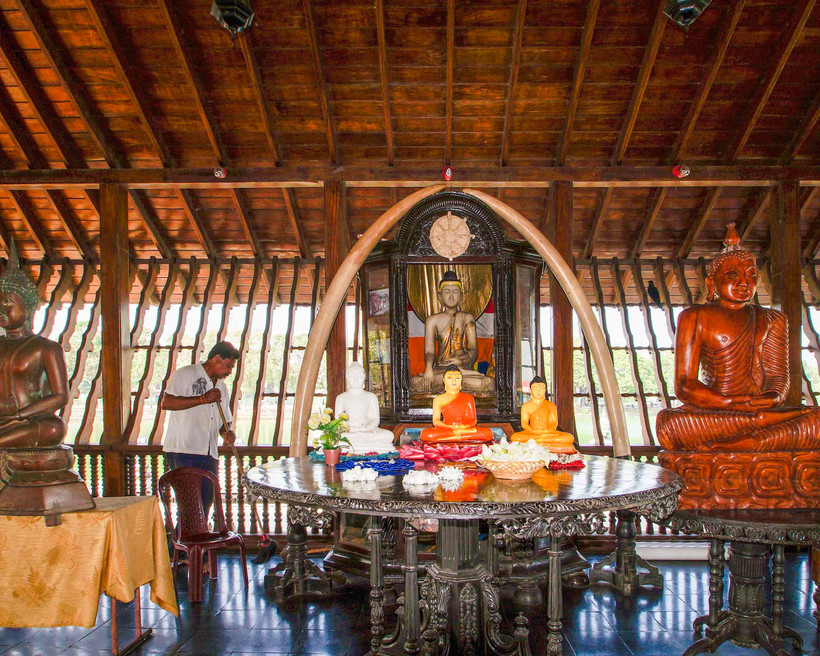 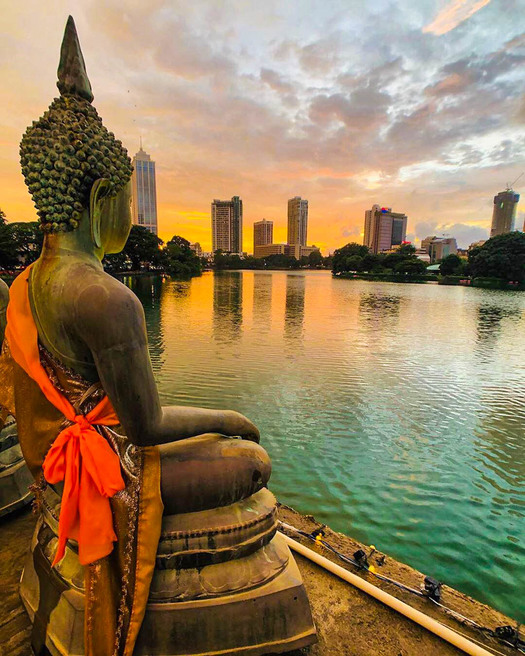 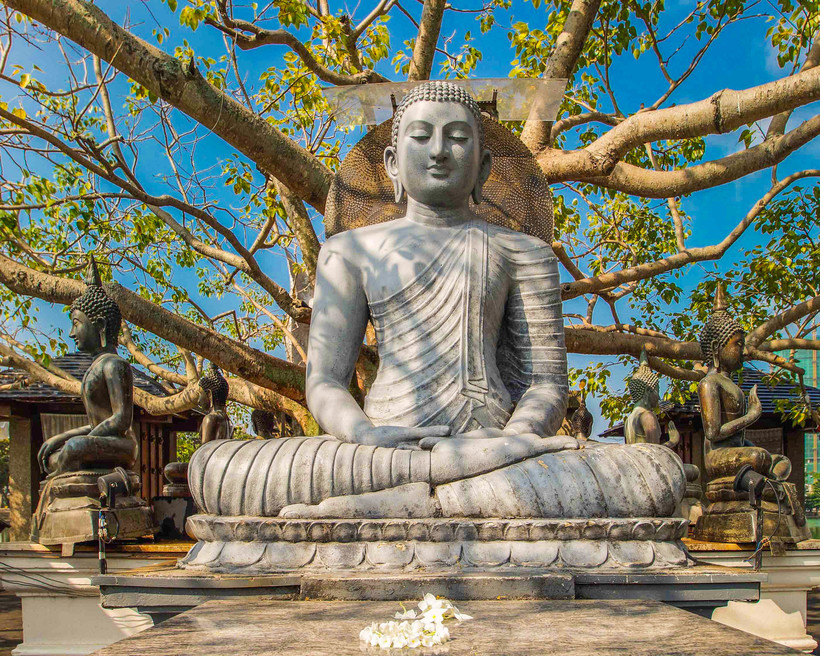 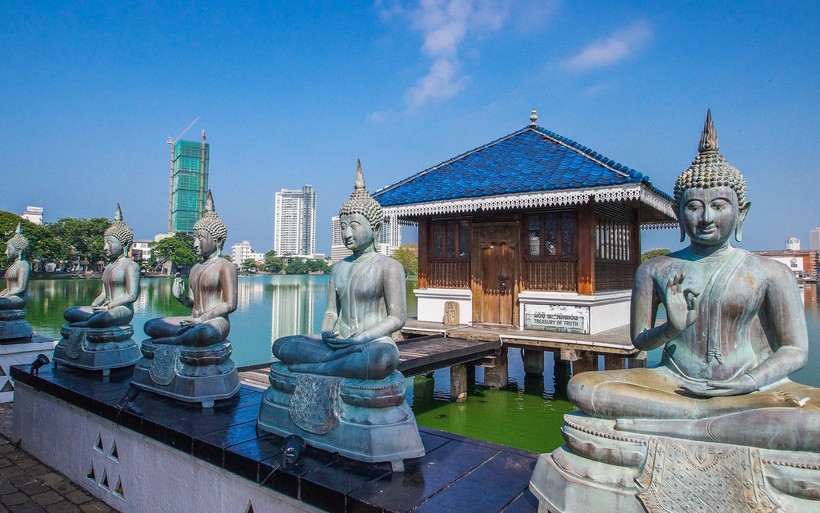