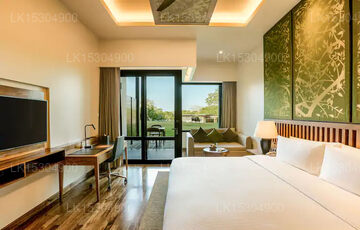 Weerawila is located 255 km south of Colombo, in the southern coast of Sri Lanka. There is a airport established the Weerawila. Weerawila Airport is a domestic military and civilian airport located in Weerawila, in the Hambantota District of Sri Lanka. It is located approximately 13 km (8 mi) southeast from the newly built Mattala Rajapaksa International Airport.