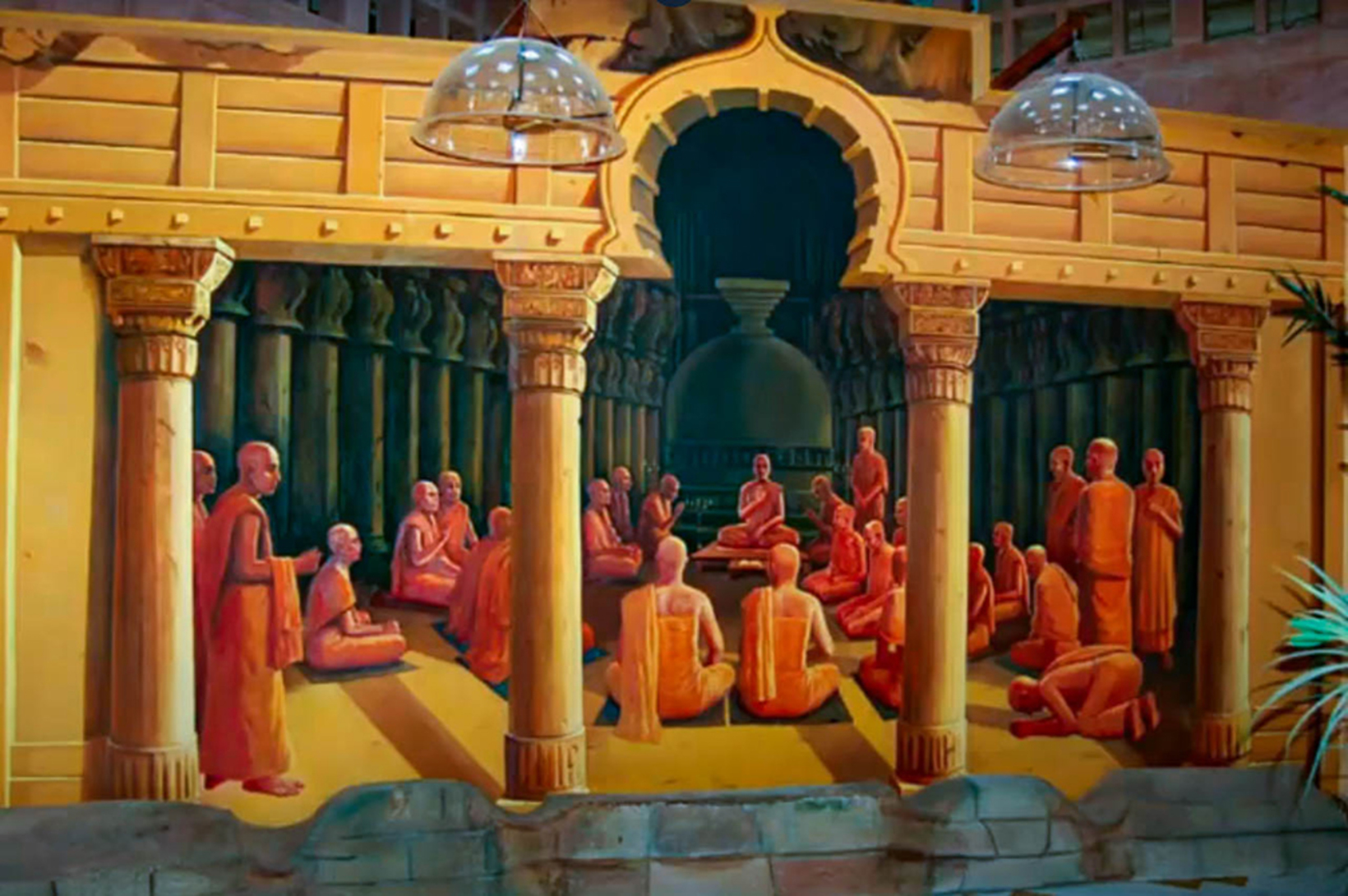 Nikini Poya is the second Poya in the Vas season and falls during August. Nikini Poya marks the first Dhamma Sangayana (convocation) of Buddhist monks .

The ‘Vas’ retreat which begins with Esala Poya continues through Nikini Poya as well. ‘Vas’ is a period of approximately four months where all Buddhist monks avoid outdoor activities, spending their days in intense spiritual pursuit. Their relationship with the lay devotees too takes on more meaning, as the monks are considered to be more accessible for discussions and obtaining advice than at other times. This in turn has a very positive impact on the attitudes and outlook of the lay devotees, and it is they who pay attention to the welfare of the Buddhist monks and address their requirements at this time of retreat.

It was under a directive of the Buddha all those centuries ago that this retreat was initiated, and it is continued even to this day.

The most significant event pertaining to Nikini Full Moon Poya day was the first Dhamma Sangayana (convocation) which was held in the Sattapanni Cave in Rajagahanuwara many centuries ago. Three months had passed since the Parinirvana (Nirvana after death) of the Buddha, and the senior disciples of the Blessed One felt a need to enforce certain principles and rules with regard to the behavior of the Maha Sangha. It was noticed that a certain monk was behaving in a manner unseemly to the Maha Sangha, therefore this convocation was held and presided over by Mahakassapa Thero. This event also marked the attainment of Arahanthship by the Buddha’s chief disciple, Ananda Thero.

He had been the Buddha’s chief attendant and was considered second only to the Blessed One in prudence, intelligence and wisdom, yet he had not attained Arahantship, since this could happen only after the Parinirvana of the Buddha.

The Dhamma Sangayana commenced with 499 bhikkhus, with Ananda Thero, who became an Arahant on the eve of the event, taking the total congregation to 500.

On Nikini Poya day Sri Lankan Buddhists visit the Temple with offerings of flowers, and make use of the holiday to engage in religious activities.

This day has a special significance since the annual Kandy Esala Perahera ends with a Day Perahera on Nikini Full Moon Poya day. This famous Perahera, as anyone who has seen had the opportunity to witness it will tell you, is indeed an experience in itself and should not be missed.