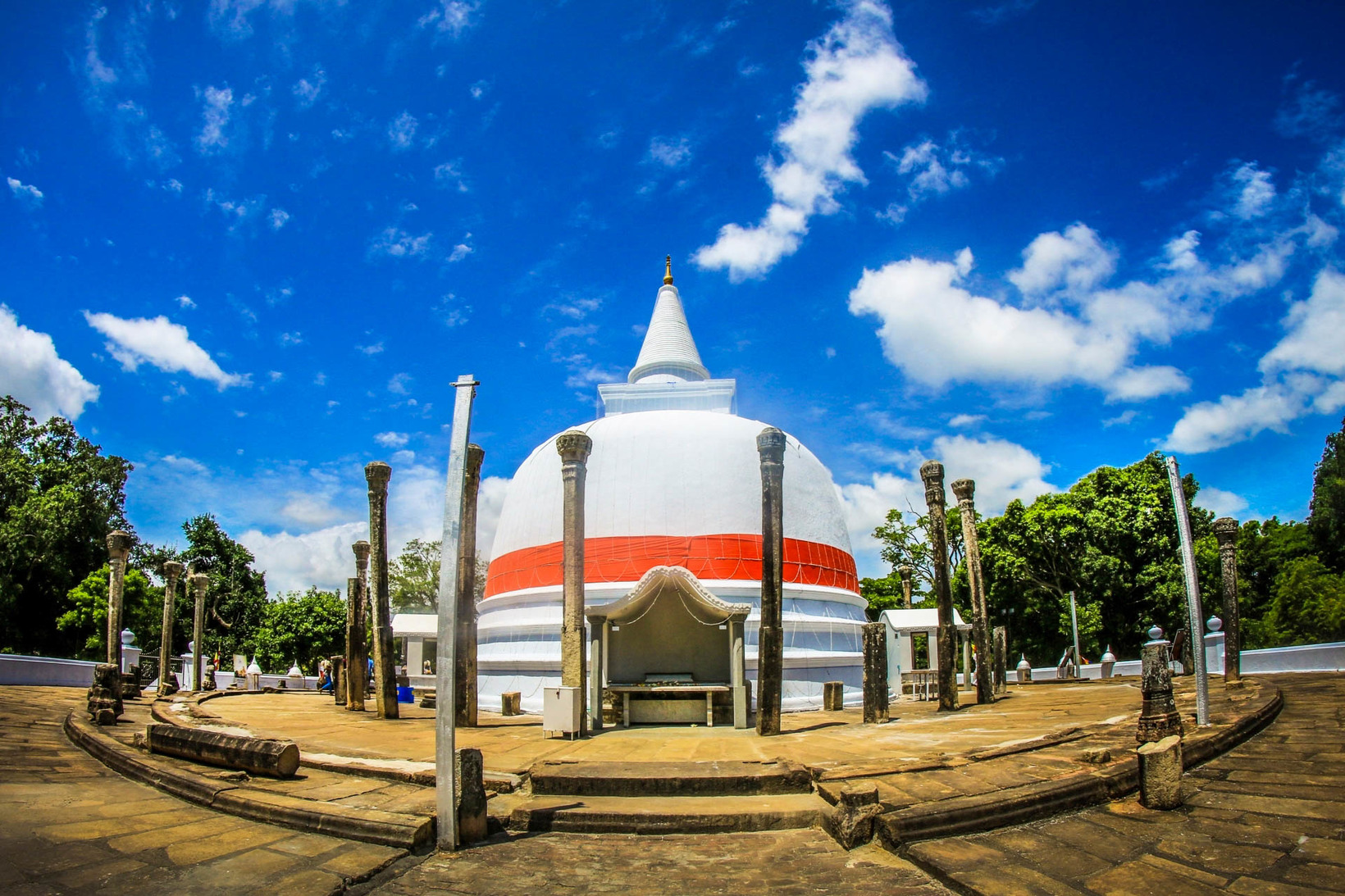 Lankaramaya in Sri Lanka: A Temple with Over Two Millenia of History

The tale of the temple Lankaramaya in Sri Lanka is the stuff of legend. The year 103 BC was a memorable year for the King Walagamba (also known as Vattagamini Abaya) of Anuraddhapura. As the rightful king he had been attacked by invaders of the kingdom, and during that year he hid out at a place called Silasobha Khandaka and planned their defeat. His plans worked out well and the invaders were destroyed in the same year, enabling him to be enthroned following the failed invasion.

Silasobha Khandaka held a very special place in his memories, as the place that saved his life and from where he started on the road to his reign. Therefore, he built a stupa in its memory and named it Silasobha Khandaka Cetiya. The stupa was similar in architecture to the Thuparama, the first stupa to be built after the establishment of Buddhism in Sri Lanka in 250 BC. It was built with 88 pillars supporting the roof of the vatadage which appears to have been 45 feet in diameter. The vatadage was a roofed hall like structure that surrounded the actual stupa in the centre, with the entire structure built at 10 feet above ground level.

Lankaramaya in Sri Lanka: Present day status of the Temple

Today the actual stupa has been renovated, but little remains of the vatadage except the ruins of a few broken pillars in the middle of the large courtyard. The name of the stupa too has been changed from Silasobha Khandaka Cetiya to the simpler Lankaramaya.

Lankaramaya, along with the Elephant pond and the old underground canal network (dating back hundreds of years) are excellent examples of the complex architecture used millenia ago. They are interesting sites for archeology and histoty lovers. Lankaramaya is definitely a great place to visit on your holiday to Sri Lanka’s Ancient Kingdom Anuraddhapura.