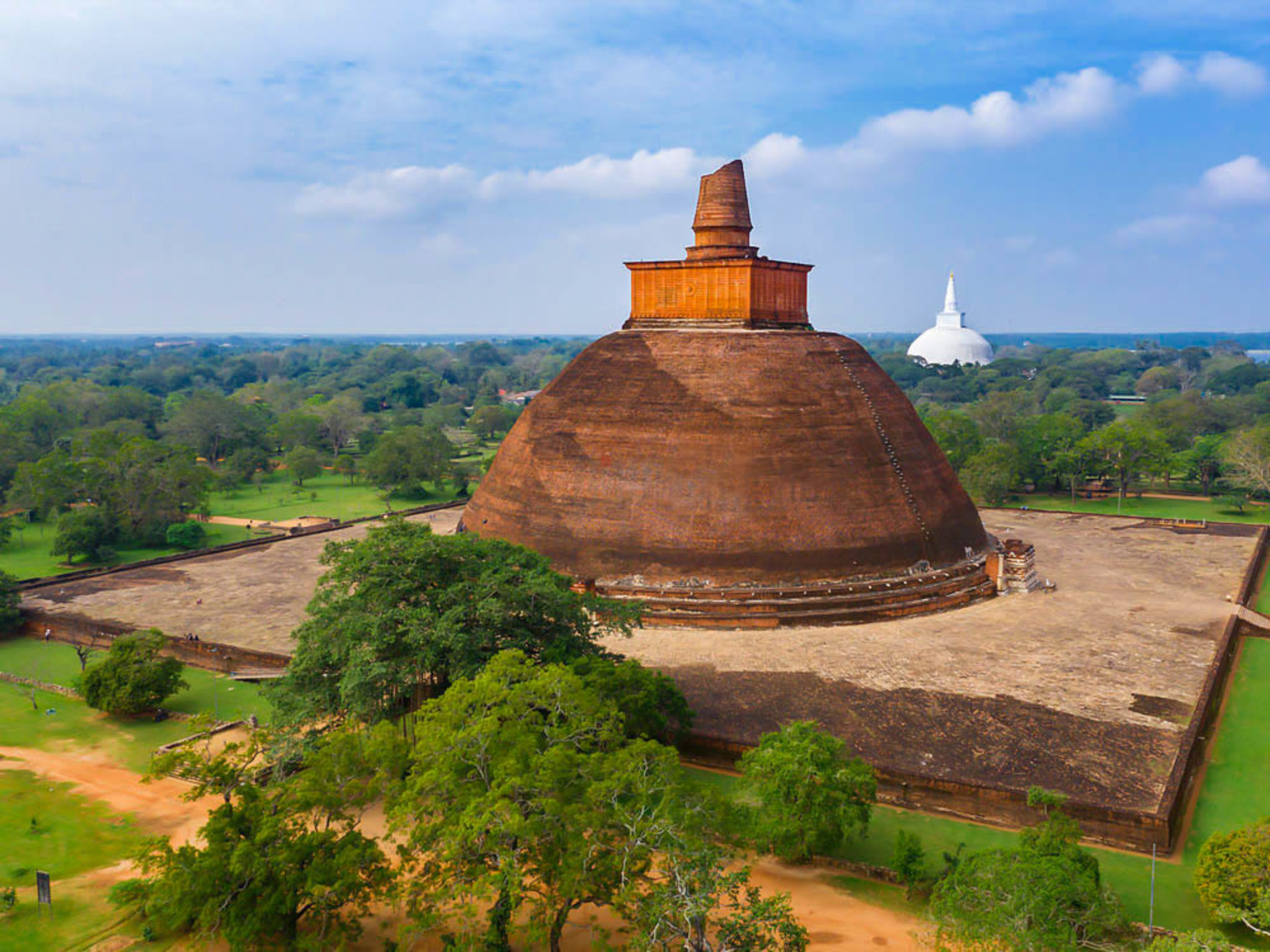 The Jetavanarama Dagoba’s massive dome rises above the entire eastern part of Anuradhapura. Built in the 3rd century by Mahasena, it may have originally topped 120m, but today is about 70m – similar to the Abhayagiri. When it was built it was almost certainly the third-tallest monument in the world, the first two being Egyptian pyramids.

Its vast, bulbous form is unplastered and said to consist of more than 90 million bricks.