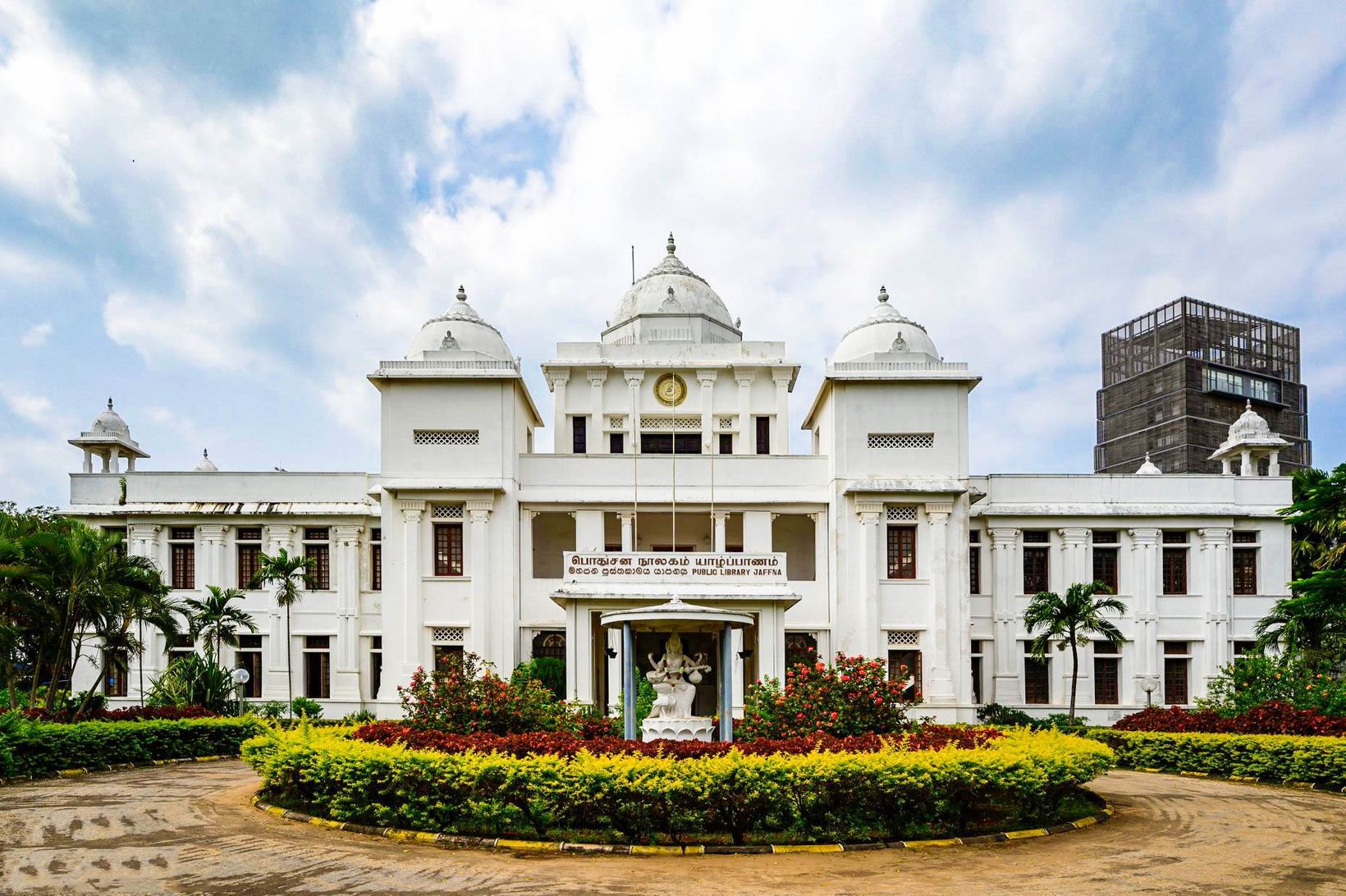 Jaffna Public Library is located in Jaffna, Sri Lanka. It is one of Jaffna’s most notable landmarks, and is run by the Jaffna Municipal Council. The library was built in 1933 and burnt in 1981. During the early 1980s, it was one of the biggest libraries in Asia, containing over 97,000 books and manuscripts. In 2001, rehabilitation of the library was completed, with new structure being built and new books received, although its old books and manuscripts were not replaced. It is Sri Lanka’s second main public Library only rivaled by the Library in Colombo.