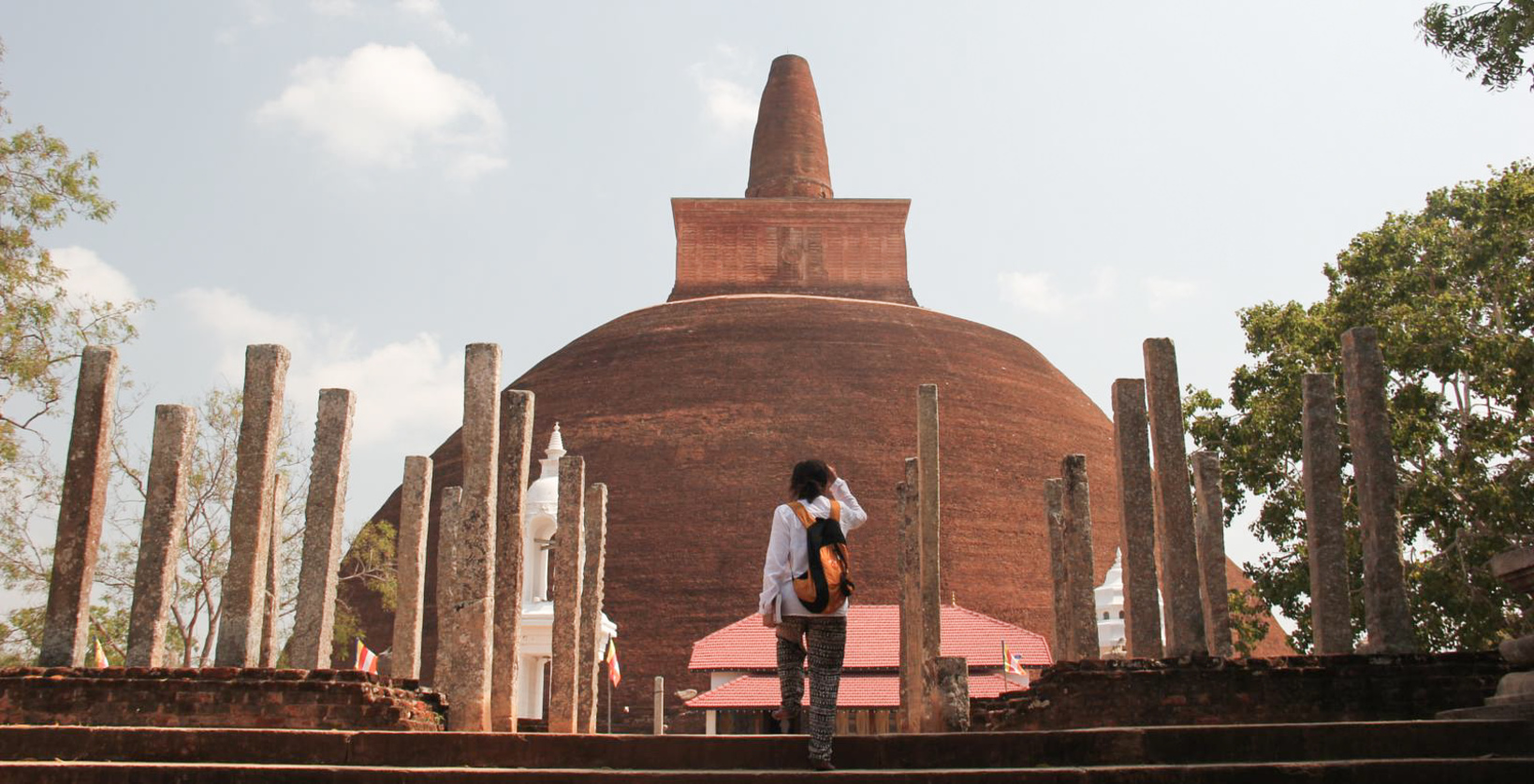 It is recorded in the chronicle that Abhayagiri Dagaba was established by King Valagamba during the period of his second reign, from 89-77 B.C.E. A young Brahmin named Tiya (Tissa) declared war against him. Tiya was deluded by the prophecy of another Brahmin that was destined to be king. Before the arrival of Bhikkhu Mahinda, who brought Buddhism to the island, Brahmins held the highest place in society. After the establishment of the Buddhist sangha on the island, however, they lost their supremacy, and were replaced by the sangha. Some Brahmins converted to Buddhism, while others revolted. Tiya, who enjoyed the support of his community, lived both in and outside of Sri Lanka, and was therefore very powerful.