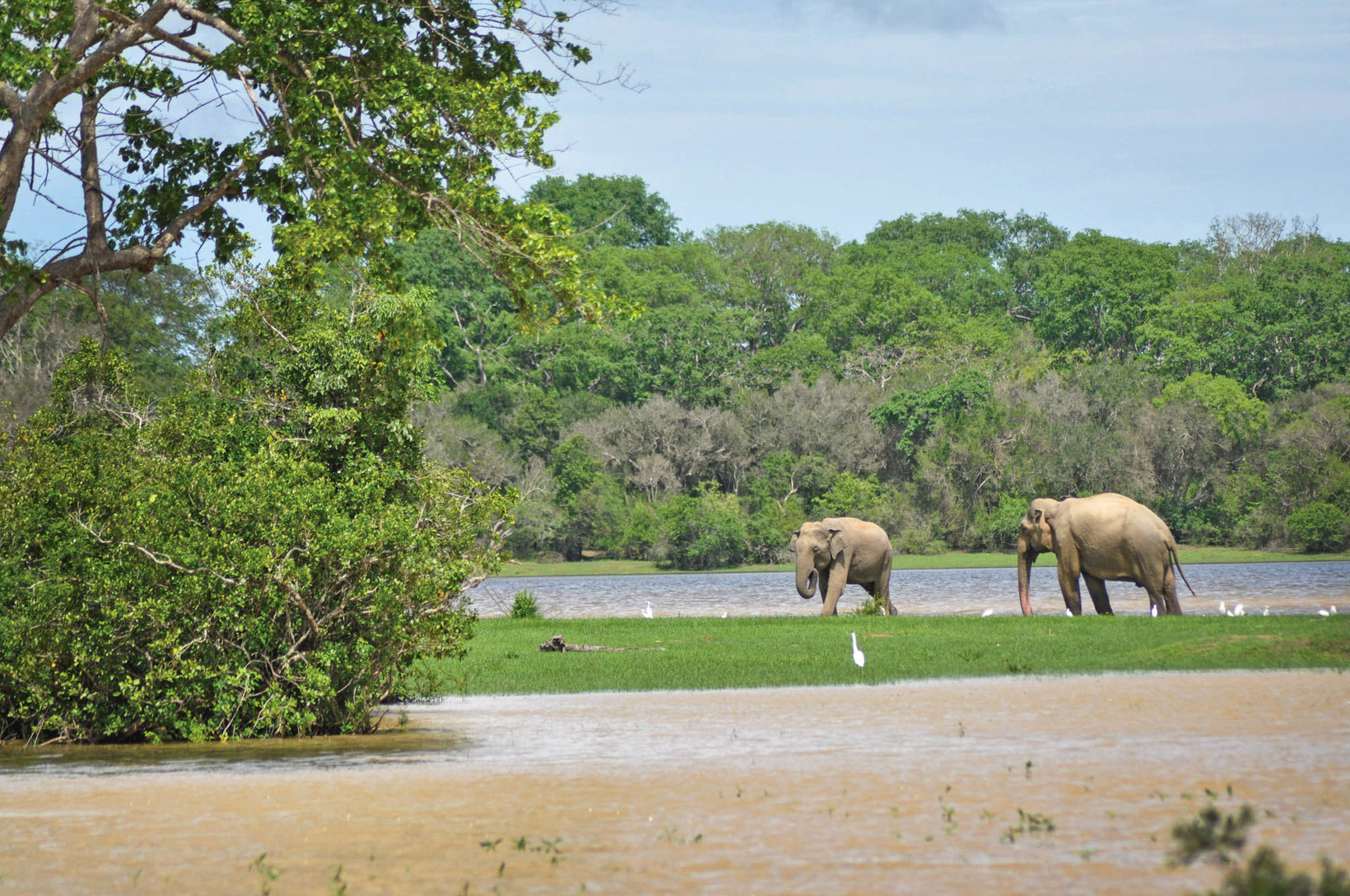 Lahugala Kitulana National Park is one of the smallest national parks in Sri Lanka. Despite its land area, the park is an important habitat for Sri Lankan Elephant and endemic birds of Sri Lanka. The national park contains the reservoirs of Lahugala, Kitulana and Sengamuwa and ultimately empties to Heda Oya River. It was designated as a wildlife sanctuary on July 1st 1966 and then the protected area was upgraded to a national park on October 31st 1980. Lahugala Kitulana is situated 318 kms east of Colombo.

The annual rainfall of the area is about 1,650 millimeters. Northeast monsoon continues during the months November to December and the two dry periods last from May to October and January to March. The terrain of the park is flat with occasional rocky outcrops. Nearby is Magul Maha Vihara built for the occasion of the marriage of King Kavantissa to Princess Viharamahadevi. Later the Vihara is believed to be offered to the Sangha community. The national park’s vegetation is classified into Sri Lanka dry-zone dry evergreen forests. Dominant grass species Sacciolepis interrupta is a main food source for elephants.

The Sri Lanka Wildlife Conservation Society has initiated a project to establish an electric fence to protect four villages near the southern boundary of the park. Poaching, logging, fuel wood collection, grazing are the prominent threats to the park.