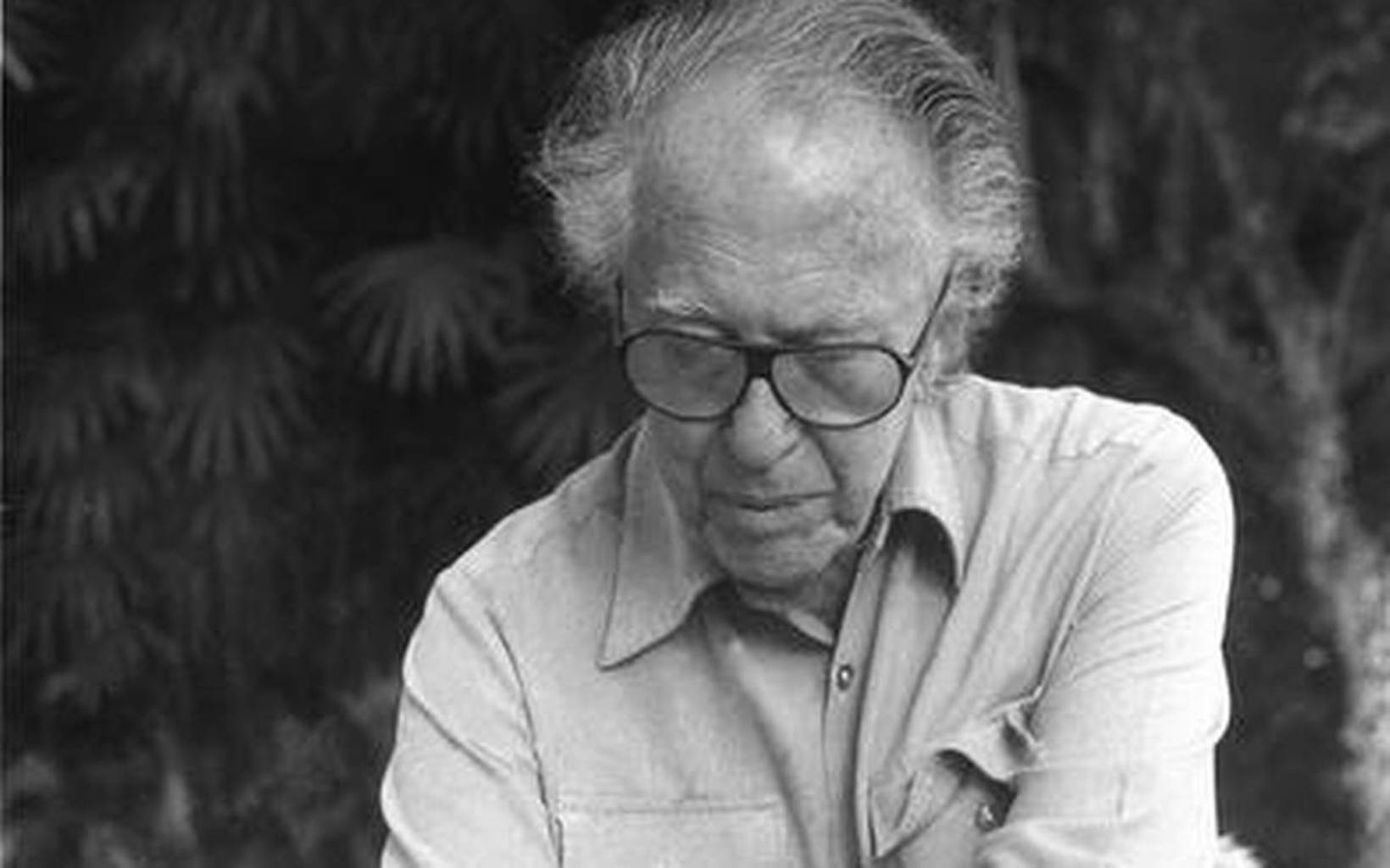 Geoffrey Bawa was a 20th century Sri Lankan architect who left his footprint as one of the most influential and renowned Asian architects of his era. Belonging to the Fellowship of the Royal Institute of British Architects; Bawa was the principal driving force behind what is now globally known as tropical modernism;.

The Youth of Bawa

Geoffrey Bawa was born on 23 July 1919 to Justice B. W. Bawa a wealthy and successful lawyer, with an ancestry of ancient Arab Moslems and the proud English; and Bertha Marianne Schrader who was a Dutch Burgher of mixed German, Scottish and Sinhalese descent. The mixed races brought about a genetic brilliance of mind that was inherent in both Geoffrey and his older brother Bevis, who went on to become renowned landscape architect.

Geoffrey learnt his initial technology education at Royal College in Colombo; and then went on to study English and Law in 1938 at St Catharine’s College in Cambridge, UK. After gaining a BA in English Literature Tripos, Geoffrey studied law at the Middle Temple in London becoming a barrister in 1944.

He returned to Sri Lanka after the Second World War and worked in a law firm in Colombo. However, being a lawyer did not appeal to his interests and intelligence; and after the death of his mother in 1946, he left both the profession and the country, travelling Far East, across the United States, and finally to Europe. He almost ended up buying a villa and settling down in Italy; but since those plans did not work out, he returned to Sri Lanka around 1948. He saw a beautiful abandoned estate where there were once cinnamon and rubber plantations, and fell in love with the bungalow and overgrown gardens. Geoffrey saw the potential for beauty that lay beneath the tropical wilderness and purchased the estate an year later in 1949. This estate, which would later be named Lunuganga, became turning point of his life and was to become the cornerstone for his career as an architect.

Entering the World of Architecture

Bawa initially planned to convert his estate into an Italian garden and villa. It was only once he started working on his pet project, that he realised his sore lack of architectural knowledge. He then apprenticed in 1951 under H. H. Reid, the sole surviving partner of the then well-known architectural practice in Colombo, Edwards Reid and Begg. When Reid passed away just an year later, Geoffrey found that his interest in architecture hadn’t waned.

Bawa left for England that same year, where he enrolled as a student at the Architectural Association School of Architecture and gained a Diploma in Architecture by 1956. An year later he became an Associate of the Royal Institute of British Architects and returned to Sri Lanka. In 1958 Geoffrey, assisted by his now rising career, became a partner of Messrs. Edwards, Reid and Begg; the same firm where he had once been a mere apprentice. An year later Danish architect Ulrik Plesner joined the firm, and the two became firm friends. Plesner was the main influence in Bawa’s designs of “tropical modernism”; and the two designed many buildings together in their distinct style until the end of 1966.

Tropical Modernism, which favoured white abstract forms and horizontal rooflines, was a very new stye at the time that Bawa started working on his designs. His early work was influenced by the ‘Tropical Modernism’ of Fry and Drew and le Corbusier; and included some office buildings, factories and schools. Typical examples of this era of his constructions are the remote Strathspey Tea Estate Bungalow at the foot of Adam’s Peak, and the classroom extension for Bishop’s College in Colombo.

He then polished his style more as he began building homes. The typical British ‘bungalow’ was a pavilion on one or two floors, cellular and extrovert surrounded by a large garden plot. However the population of Sri Lanka was exploding and Colombo was rapidly evolving from leafy Garden City into a modern Asian metropolis. As land prices skyrocketed plot sizes shrank, and the standard British bungalow design could no longer guarantee privacy or provide adequate ventilation.

So Geoffrey turned towards a style of tropical modernism that suited Sri Lanka. His very first house in this style was for a doctor named A.S.H. de Silva on a steeply sloping site in Galle; and had overhanging pitched roofs that offered the best protection against the tropical sun and rain. The deconstructed elements of this uniquely designed house were reassembled on an exploding pinwheel plan and held together by a single raking roof plane.

Through it all Bawa sought an architecture that was at one with the land blending seamlessly both inside and outside; and designed for the maximum pleasure of its inhabitants. He was influenced by colonial and traditional Ceylonese architecture, and the role of water in it; but rejected both the idea of regionalism and the imposition of preconceived forms onto a site. In 1960 Bawa became an Associate of the Sri Lanka Institute of Architects giving him close association with a coterie of like-minded artists and designers, including Ena de Silva, Barbara Sansoni and Laki Senanayake. This allowed him a new awareness of indigenous materials and crafts, leading to a post-colonial renaissance of culture depicted in his later works.

Geoffrey Bawa at his Peak

While Geoffrey Bawa’s work ranged mainly in Sri Lanka; he also worked in several other countries such as India, Indonesia, Mauritius, Japan, Pakistan, Fiji, Egypt and Singapore. His works include houses, hotels, schools, clubs, offices and government buildings, and most notably the Sri Lankan Parliament Building. They won him several awards including the highly coveted National Title of ‘Deshamanya’. Geoffrey Bawa suffered a major stroke in 1998 and passed away on the 27th of May 2003, just short of age 84.

Care of his homes were taken over by a group of his friends who began the Geoffrey Bawa trust and opened portions of them for public viewing; so that everyone may learn of the marvel that was Bawa. They also have a design award that they offer in memory of him, known as the Geoffrey Bawa Awards.