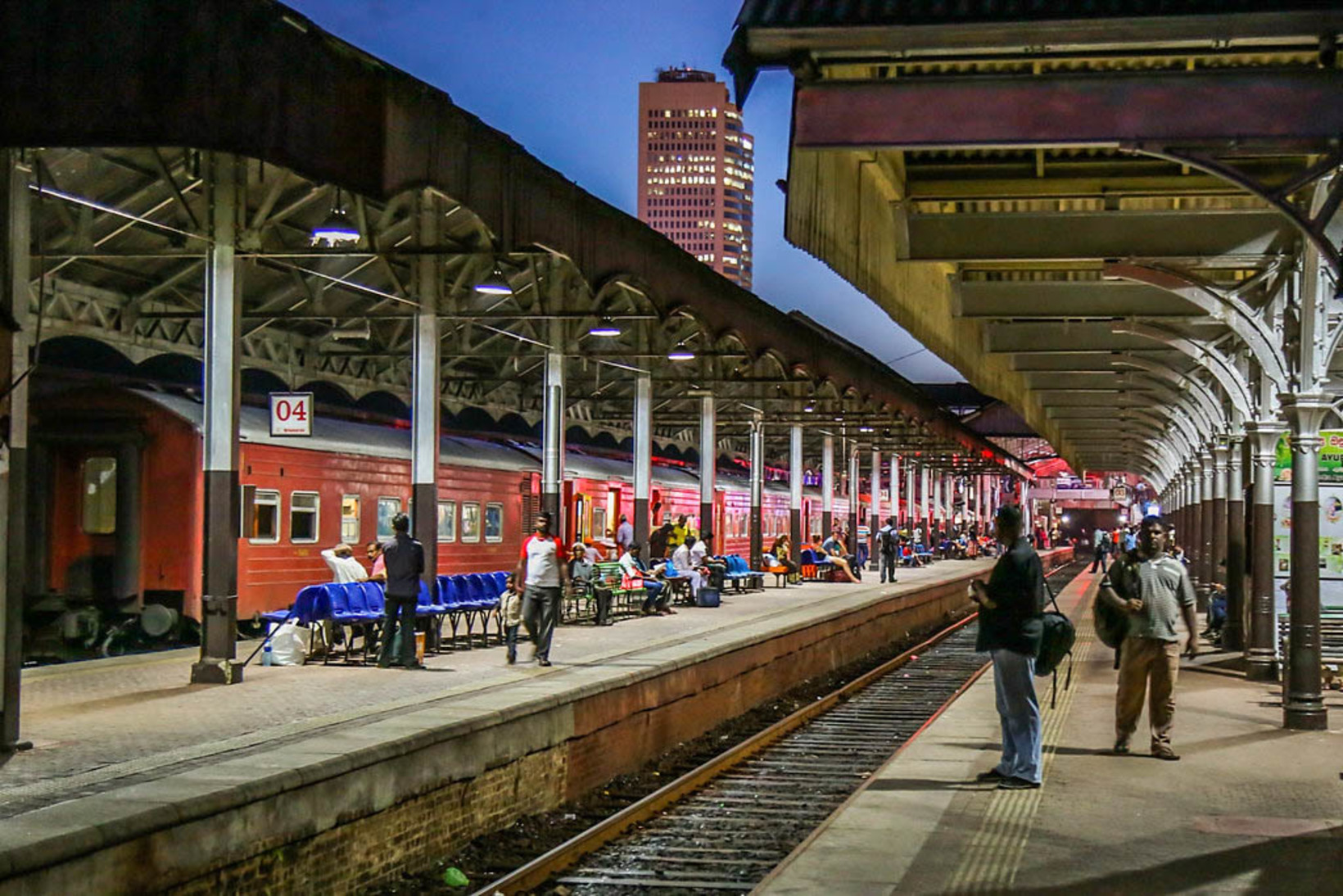 The old Fort region of Colombo is one of the busiest sections of the city. It’s the trade quarter where all the goods that come in from the various countries are stocked and sold by wholesale tradesmen. It’s also where some important government departments such as the Sri Lanka Customs Headquarters, the Sri Lanka Ports Authority and the Merchant Shipping Department. The Colombo Port is in the same area too; which makes the place bustle with businessmen, sailors and other workers. Adding to this conglomeration are the common folk who go there, not only to purchase goods for a lower price, but also to travel.
The reason travelers come here is, because this is where the Central Bus Stand, for buses from all the main routes, is; and also where the Colombo Fort Railway Station is. This Railway Station is the biggest station of Sri Lanka and has quite a bit of history.

The railway line was started over a 150 years ago by the British. At the time, the Central Terminus was in a place near Maradana, The location can still be seen as it is now serving as the Sri Lanka Railway Museum. In 1877 the Coastal Railway Line was created, and that is when the first Fort Station came into use. At the time it was just a small stop located west of where the current station is. It was the terminal just after the Central Terminus, and not at all the same size that it is now. Meanwhile, the Central Terminus was decommissioned in 1906 and a larger railway station in Maradana came into use. But then in 1908 the swiftly growing railway operation started making even the new station defunct. As the space near at the Maradana railway station was limited due to the complicated network of railway lines that crisscrossed near the station; plans were made to make the nearby Fort station the main terminal. The construction work began after proper designing and took a few years as the structure was quite extensive. It was completed in 1917 and the entire operation was moved to the location where the Colombo Fort Railway Station is today.

What you can see now is the original colonial era structure with just a few changes. These were namely the replacement of rotting wooden boards, which were used for stairs and railings, with cement stairs and stainless steel railings. The many cafeterias, waiting rooms, powder rooms and bathrooms have received a facelift within the last decade or so, bringing them to the modern era.

However, the slightly dilapidated-looking outer structure, the little booking rooms with their dated wooden booths, the old roof with its black steel girder supports, the old-fashioned wood and steel railway tracks, and the many old trains that pull up in the station along with the new ones; all add to the aura of having travelled backwards into time. The platforms are always crowded with the hundreds of thousands of travelers who pass through the station daily. Throughout the day and night the bustle of the place never ceases. Though many new additions have been made; the beauty of the original station remains eternal and everlasting; a footprint of Sri Lanka’s colonial history. 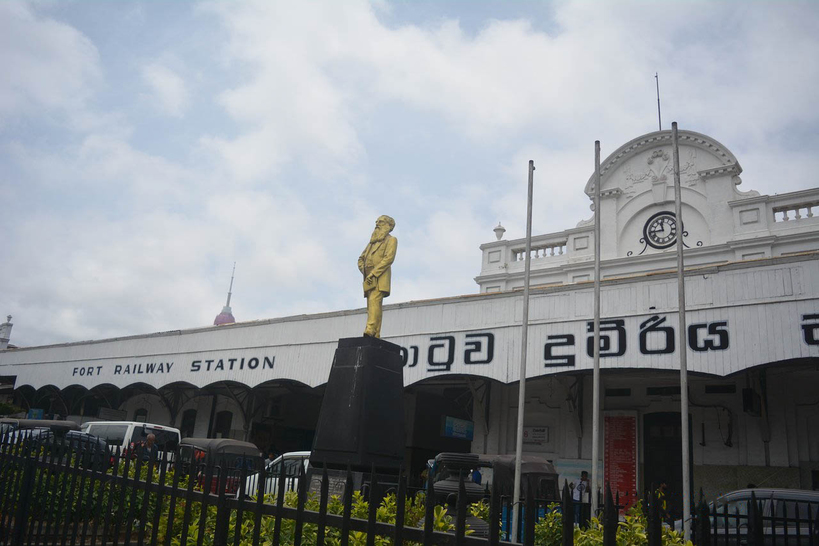 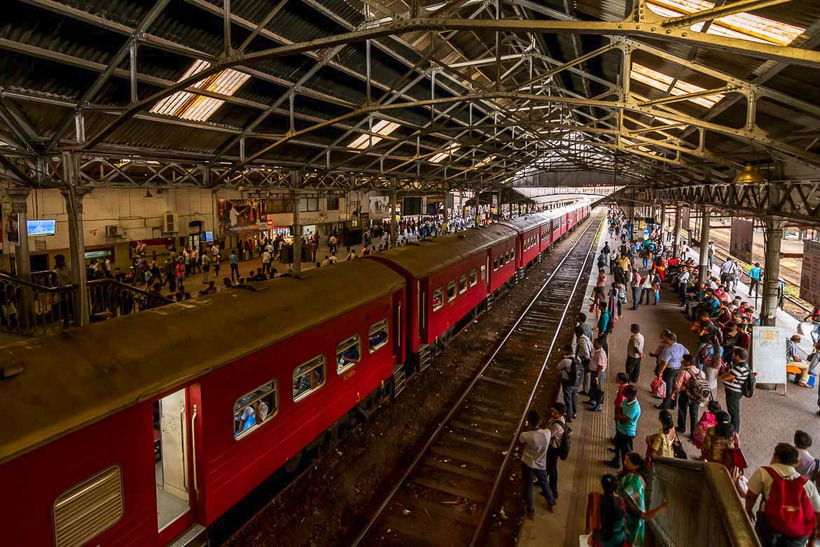 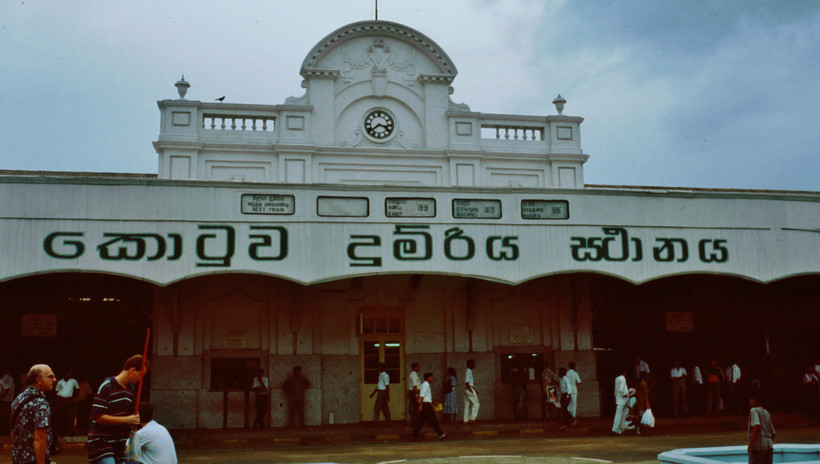 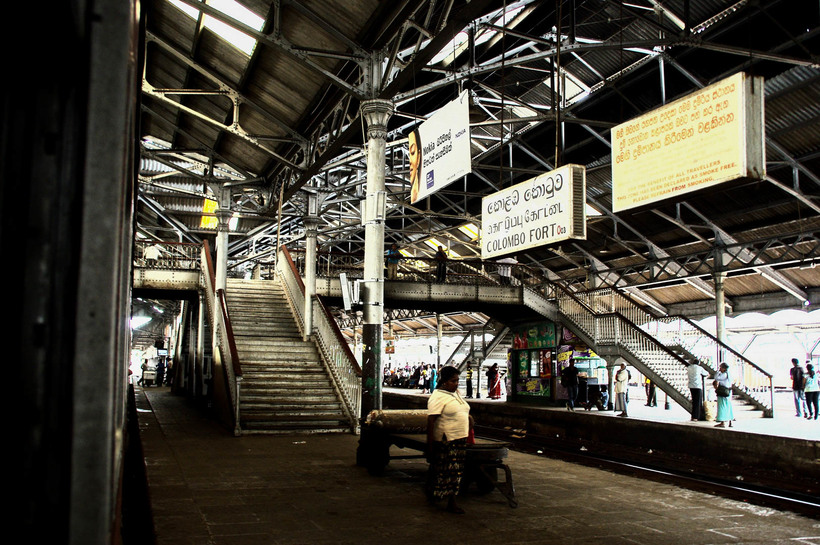 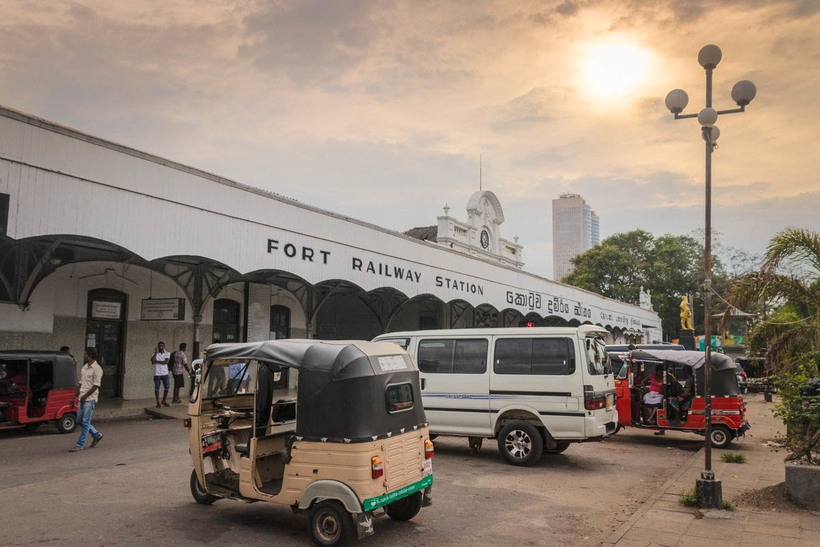 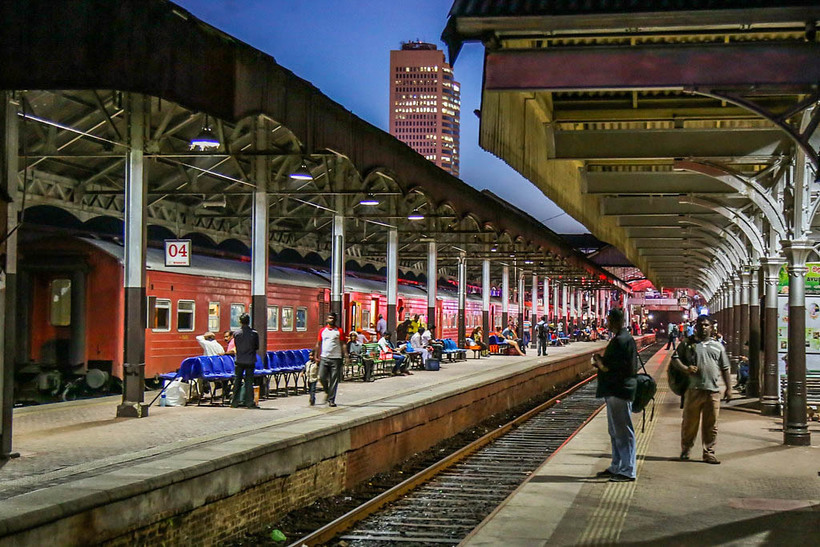