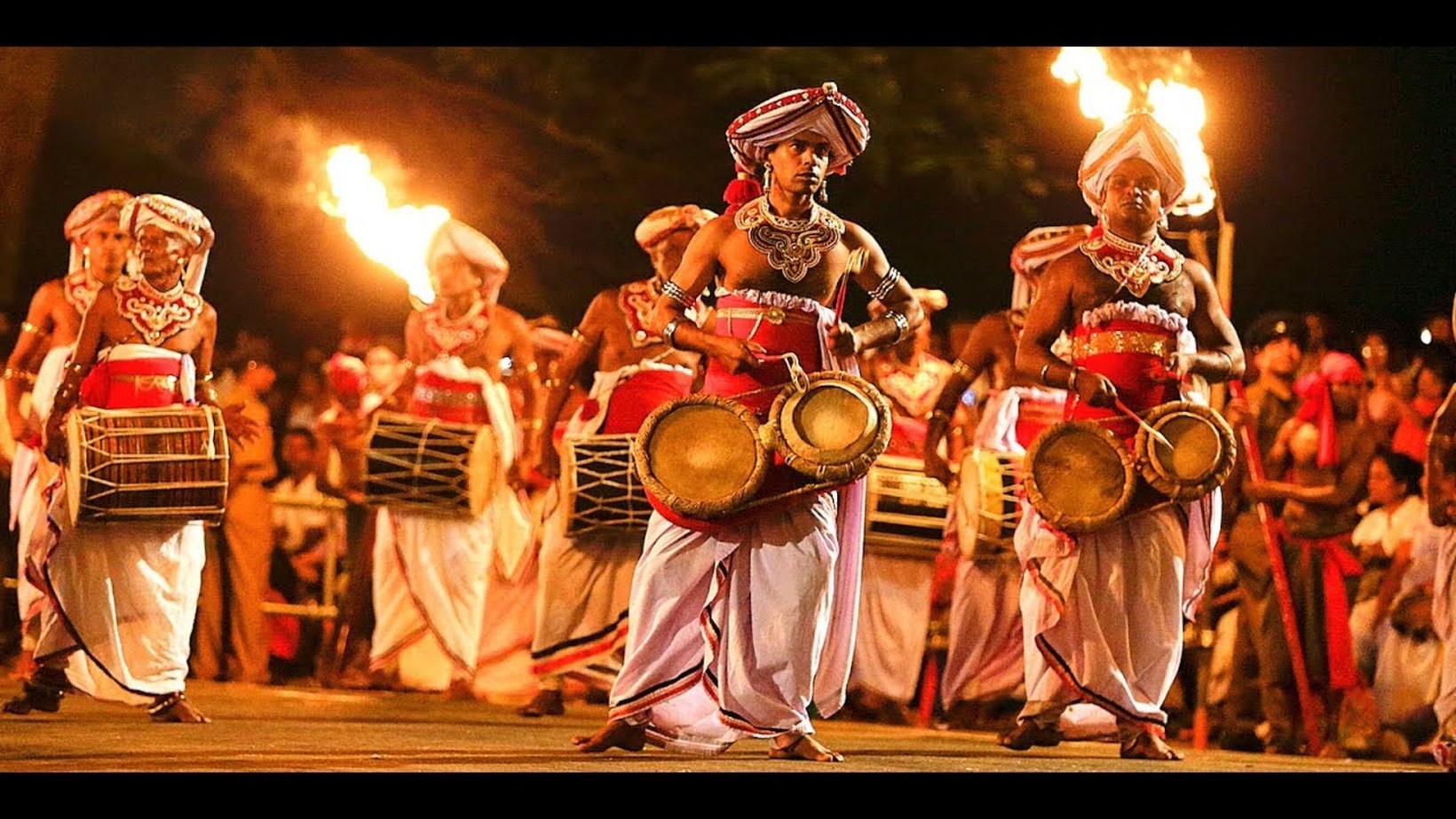 Concept of dancing in Sri Lanka originated in fear of natural power which people regarded as the supernatural building. Dance was then initiated in Sri Lanka during the 4th century B.C for the purpose of expelling natural disasters, sickness and so on. At the end of Polonnaruwa period (15th century A.D.), South Indian influence came into Sri Lanka and was adopted in Sri Lanka folk dancing. In the course of time, a dancing form was developed and varied from each other according to regional and local traditions. Nowadays, there are three principal dancing forms that can be seen in Sri Lanka:

The Kandyan Dance is traditionally performed to percussion only. The most common drum is the Geta Beraya, which is only used in Kandyan Dance. To assist the dancer to keep rhythm a small pair of cymbals knows as the Thalampota is also used. The Vannam’s however have lyrics that are sung in tune with the movements of the dancer. These lyrics sing about the virtues of the animal that the Vanna is depicting.

This form of dance has developed from the period of Kandyan kings and today is regarded as the national dance of Sri Lanka. The dance imitates movements of animals as there are dancing of elephant and peacock, for example, and also depicts scenes of Ramayana epic or stories of kings and heroes. The costumes of Kandyan dancers are striking; male dancers wear a skirt-like garment with their bare chests decorated with exquisitely silver regalia and spectacular headgear; silver bangles are also worn on the arms and ankles. The performance is companied with hectic rhythms of drums called “Geta Beraya”.

The dances are usually performed in Ratnapura, relating to the worshipping of God Saman much revered by local people. According to the legend, the origins of the Kandiyan dance lie in an exorcism ritual known as the Kohomba Kankariya, which was originally performed by Indian shamans who came to the island of Sri Lanka. The dancers wear an elaborate costume including a headdress. The dancer’s chest is only covered by a decorative beaded net. This costume is known as the Ves costume. The headress incorporates a metallic front which makes the dancer look taller than he is. The complete costume also includes anklets that produce a metallic rattle each.

Dances in low country is highly ritualistic. This form of dance is performed to appease evil spirits which cause sickness. The dancers wear masks depicting many characters varied in forms of bird, demons, reptiles, etc. Dancing wearing masks; Low country showing the killing by the Gurula (a bird) of a cobra. This is usually performed to drive away evil spirits and is still being used as a method of psychiatric treatment.