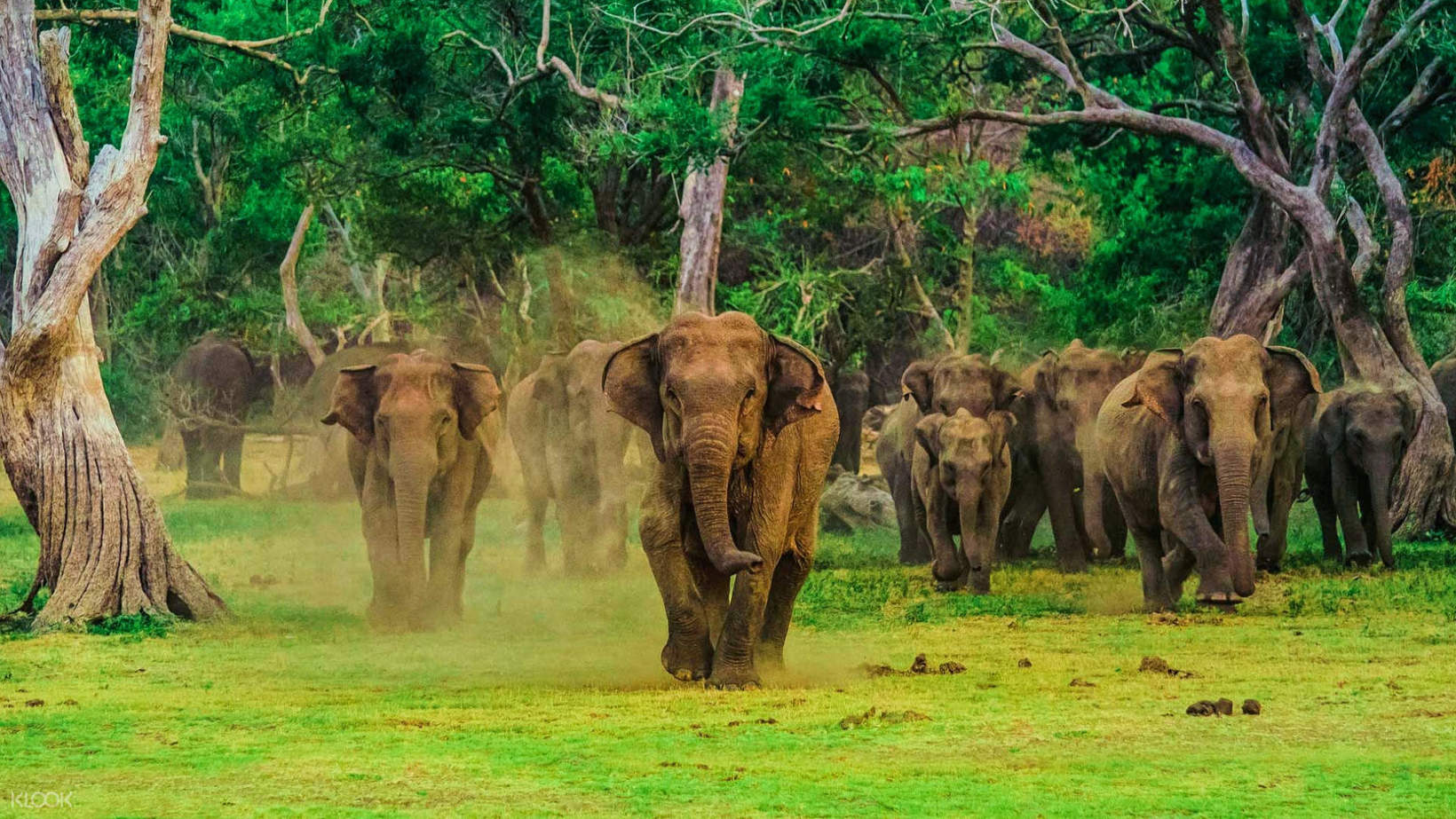 Udawalawe National Park, the sixth largest animal sanctuary of Sri Lanka is located 180 km from Colombo in south-central sector of the island.

The entrance to Udawalawe National Park is located near 11km post between Timbolketiya and Tanamanwila on Pelmadulla-Timbolketiya A18 road.

Climate at the Udawalawe National Park

Dry Monsoon forest with an annual rainfall is about 1520mm has mean day & night temperature are 29 & 24 degrees centigrade respectively.

The Landscape of Udawalawe National Park

The park is situated just south of the Central Highlands, of which escarpment brings about an enrapturing backdrop. At the center of the park lies the Udawalawe Reservoir. Udawalawe National Park established in the year 1972, with the objective of protecting the catchment area of Udawalawe reservoir,which provides water for agriculture and hydro-power generation spreads over an area 30,821, resembles an African game park: it is mainly thorny-shrub jungle with grasslands.

Keeping company to the herds of elephants, the main attraction of the park are the Water Buffalo, Wildboar, Spotted Deer, Sambur Deer, Jackal, Samber, Black-naped hare, mongooses, bandicoots, foxes, s the endemic Toque Macaque and Gray Langers. Sighting a Leopard and other smaller cats like Fishing cat & Jungle cat would be a bonus.

Udawalawe is undoubtedly the best place in Sri Lanka to see wild Asian Elephants throughout the year: there are about 500 elephants in the park and they often roam in herds of up to 100. Udawalawe National Park is unique in terms of consistency in numbers of elephants roaming the park: it has no a seasonal variation in herds of elephants. The best hours to visit the park are in the mornings and evenings. Late evening also affords the photographic opportunities in the backdrop of loveliest sunsets.

While the crocodiles doze off on the banks of the reservoir, the water monitor lizards are abound in the park.

The Udawalawe Elephant Transfer Home is an Elephant orphanage located within the Udawalawe National Park. Established in 1995 by the Department of wildlife Conservation, it is home to over 40 orphaned elephants. The orphaned calves and juveniles of the park are brought into the orphanage and raised with necessary care until such time as they could be released to their habitat. Once they are released to the park, the Park authorities take upon themselves to keep constant track of the beasts till they get used to the new life in the wild. As at the year 2008, no less than sixty-five elephants had been released to the jungle. 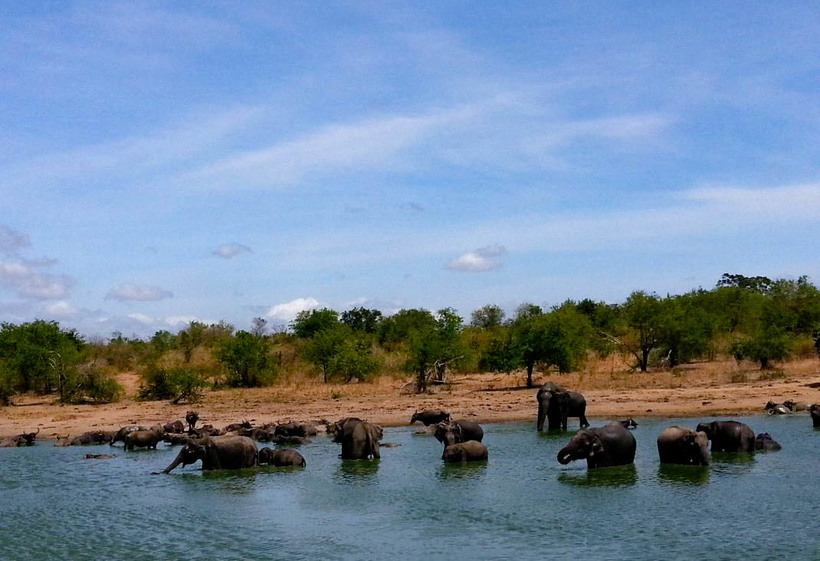 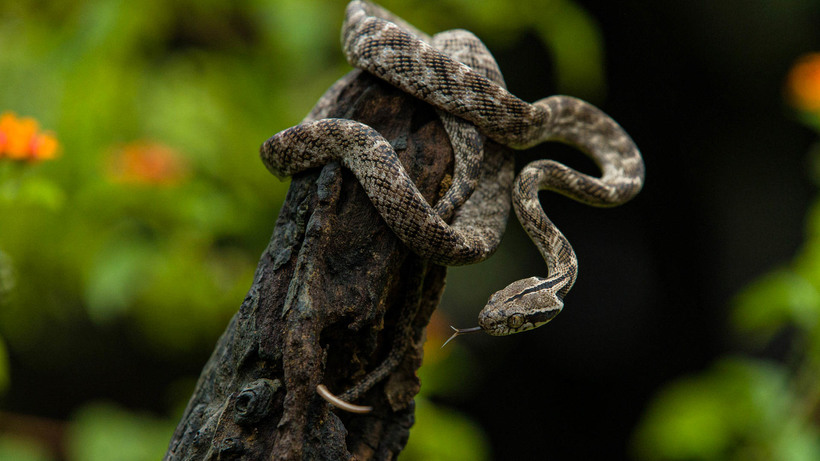 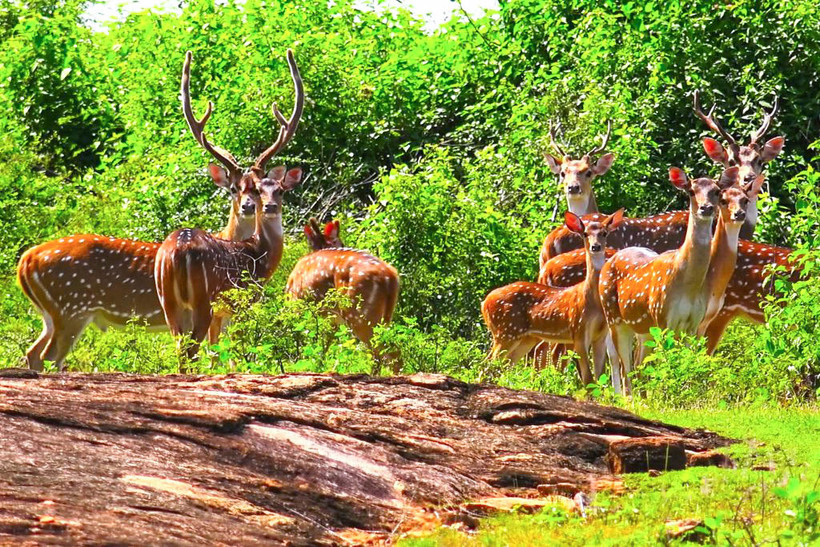 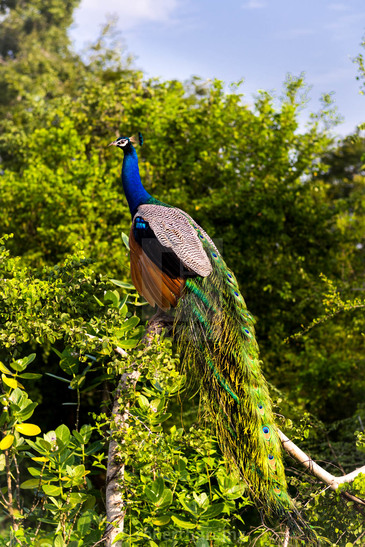 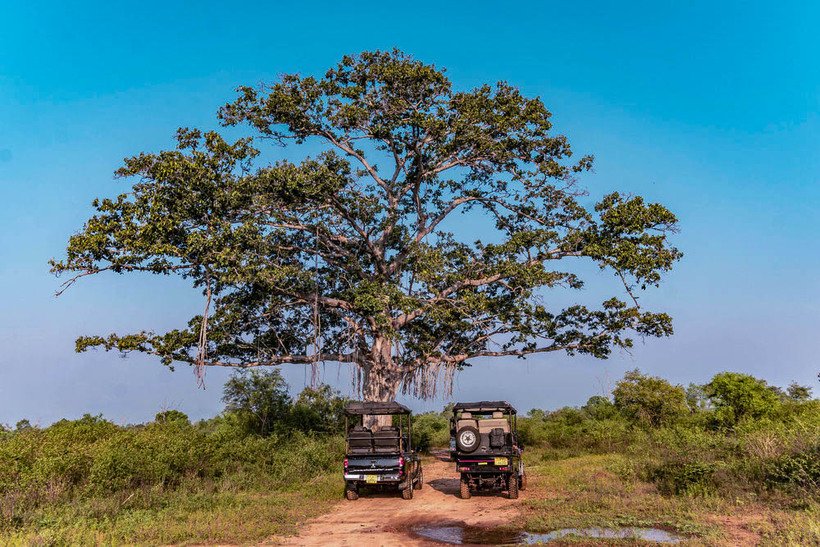