The Pinnawala Elephant Orphanage is situated northwest of the town of Kegalle, halfway between the present capital Colombo and the ancient royal residence Kandy. It was established in 1975 by the Sri Lanka Wildlife Department in a 25 acre coconut property adjoining the Maha Oya River. The orphanage was originally founded in order to afford care and protection to the many orphaned Elephants found in the jungles of Sri Lanka.

In 1978 the orphanage was taken over by the National Zoological Gardens from the Department of Wildlife. A captive breeding program was launched in 1982. Since the inception of the program over 20 elephants have been bred here. The aim of the orphanage is to simulate a natural habitat to these elephants. However, there are some exceptions: the elephants are taken to the river twice a day for a bath, and all the babies less than three years of age are still bottle fed by the mahouts and volunteers.

Things to do in Pinnawala

Each animal is also given around 76 kg of green matter a day and around 2 kg from a food bag containing rice bran and maize. The orphanage which boasts to have the largest herd of captive elephants in the world is very popular and visited daily by many Sri Lankan and foreign tourists. The main attraction is clearly to observe the elephants bathing which is quite a spectacle.

Pinnawala (Pinnawela) Elephant Orphanage is located in the village Pinnawala in the district of Kegalle at a distance of 90km from Colombo.

Pinnawala (Pinnawela) Elephant Orphanage can be reached via the A1 Colombo – Kandy main road. A turn off at the 82 km post at Kegalle leads you to the Pinnawala Elephant Orphanage. The closest railway station is at Rambukkana 2km away from the village of Pinnawala.

In the very beginning, in 1972, the orphanage was located at the Wilpattu National Park. Subsequently the orphanage was shifted to the National Holiday Resort at Bentota Beach in the south-western coastal belt and then to the Dehiwala Zoo, 11km south of Colombo. In the year 1975, the Department of Wildlife of Sri Lanka set up its present home: Pinnawala (Pinnawela) Elephant Orphanage at Pinnawala, Kegalle. Since then it never turned back on an orphaned elephant: it welcomed all and expanded from 4 orphaned elephants to a gang of no less than 109.

The elephants at the Orphanage aren’t subjected to any form of stress, abuse or threat at all and are supported by a team of employees numbering to over 100 including a group of mahouts.

The free movement of the herd within the enclosed land of the orphanage affords the elephants opportunities to mate. In 1984, the first baby elephant of Pinnawela was born. Today some of these orphans enjoy the good fortune of seeing their third generation too born at the orphanage.

Decimation of the Elephant Population by the British Colonialists

Prior to the invasion of the British in Sri Lanka in 1815, an estimated 30,000 elephants lived on the island. In the 1960s, following nearly a century of game hunting and jolly slaughter by the British colonialists, the elephant population was close to extinction. The tragedy of decimation of the elephant population prompted the Government of Sri Lanka to initiate the Pinnawala (Pinnawela) Elephant Orphanage. The good news is elephants are still not extinct and the number of elephants living in Sri Lankan wilderness exceeds 3,000.

The bathing hours are followed up by the feeding hour at the main center of the orphanage. Baby elephants are bottle fed. Selected visitors have a chance of bottle feeding milk to the baby elephants.

The Success Story of Pinnawala

The success story of Pinnawala has drawn the attention of animal activists and scientists from all over the world. A considerable number of books and research articles on Pinnawala have been published in several languages. The elephants of the Pinnawala herd have been filmed, videoed and photographed thousands of times by professionals, and millions of times by amateurs. The message of conservation from Pinnawala has been passed on to thousands, if not millions of people, after their visit to the orphanage.

Daily features of Interest at the Pinnawala Orphanage

SKU: LK60190600 Spice Garden Visit and Cookery Demonstration in Pinnawala This tour takes you to one of the famous spice gardens of Sri Lanka. Get to see how s...
Book now

SKU: LK60190100 Pinnawala Iperanigama Theme Park Pinnawala iperanigama can be introduce d as a replica of traditional folk life of Sri Lanka that was a existed...
Book now

SKU: LK60160100 Pinnawala Elephant Orphanage from Kalutara During this full day tour to Pinnawala, this tour allows you to have some one-on-one fun with the el...
Book now

LK81010200 Pinnawala Elephant Orphanage from Colombo Port During this full day tour to Pinnawala, this tour allows you to have some one-on-one fun with the ele...
Book now 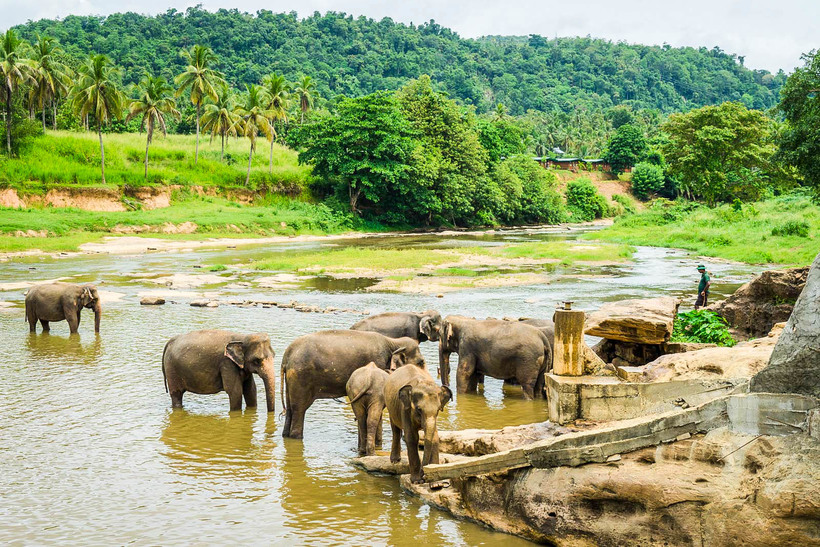 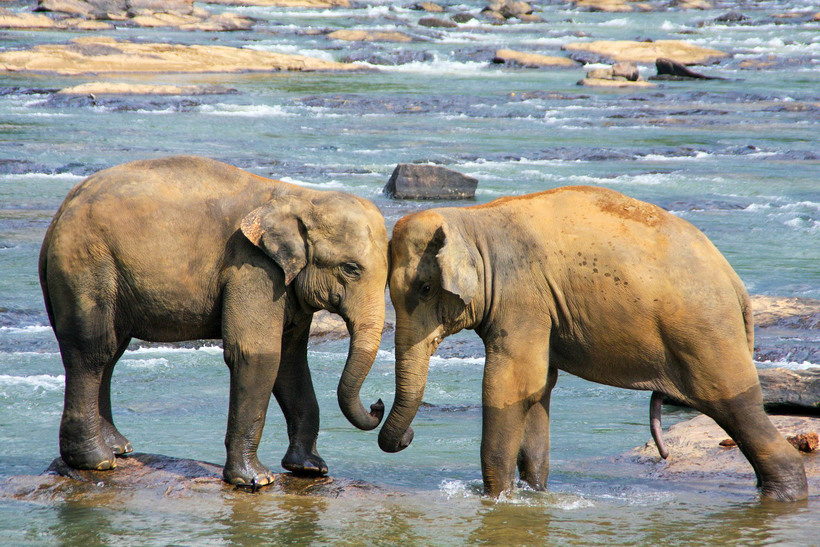 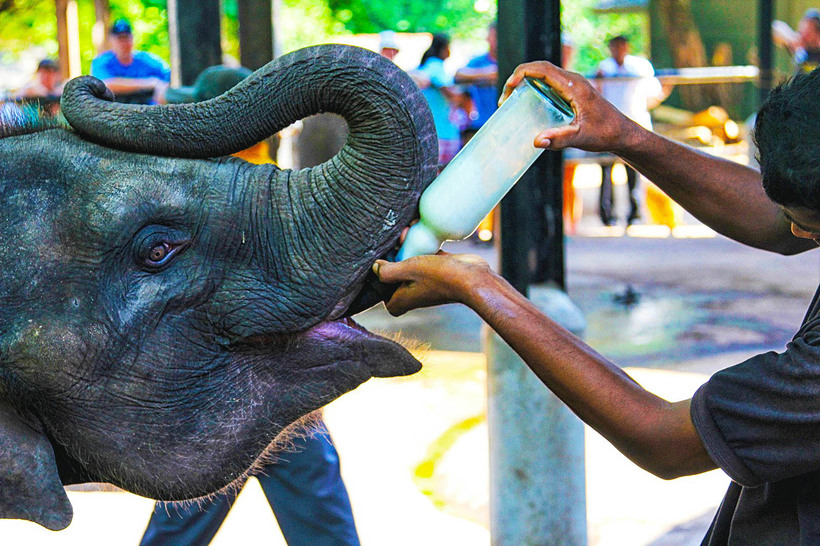 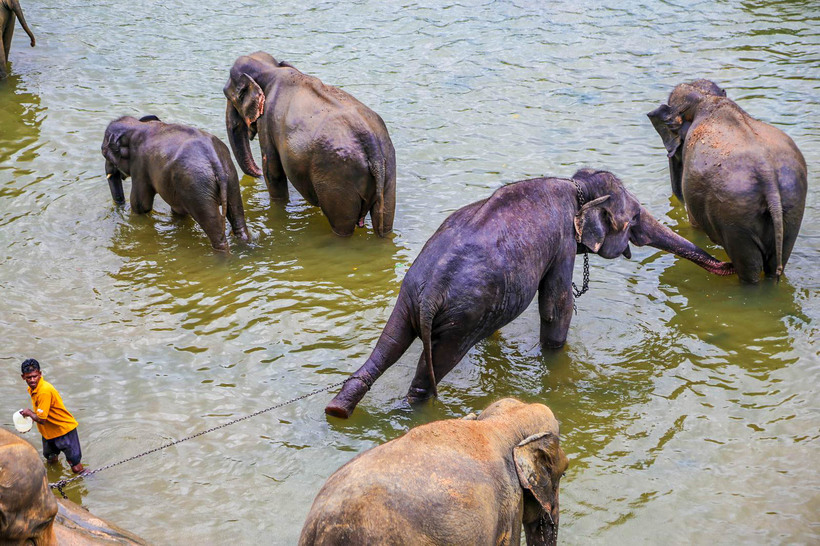 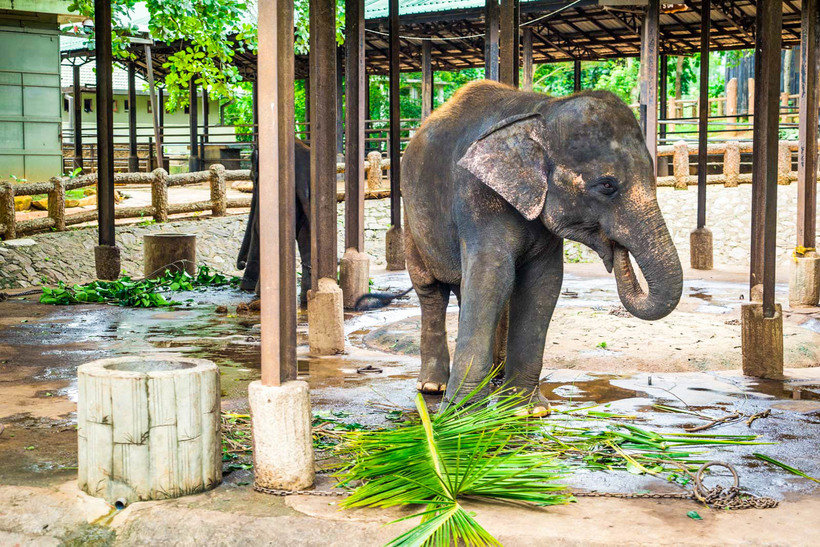 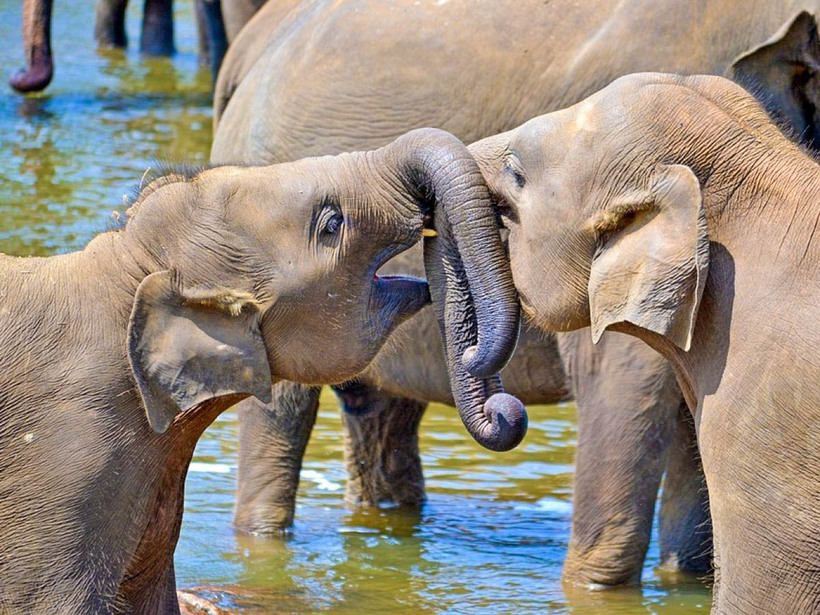