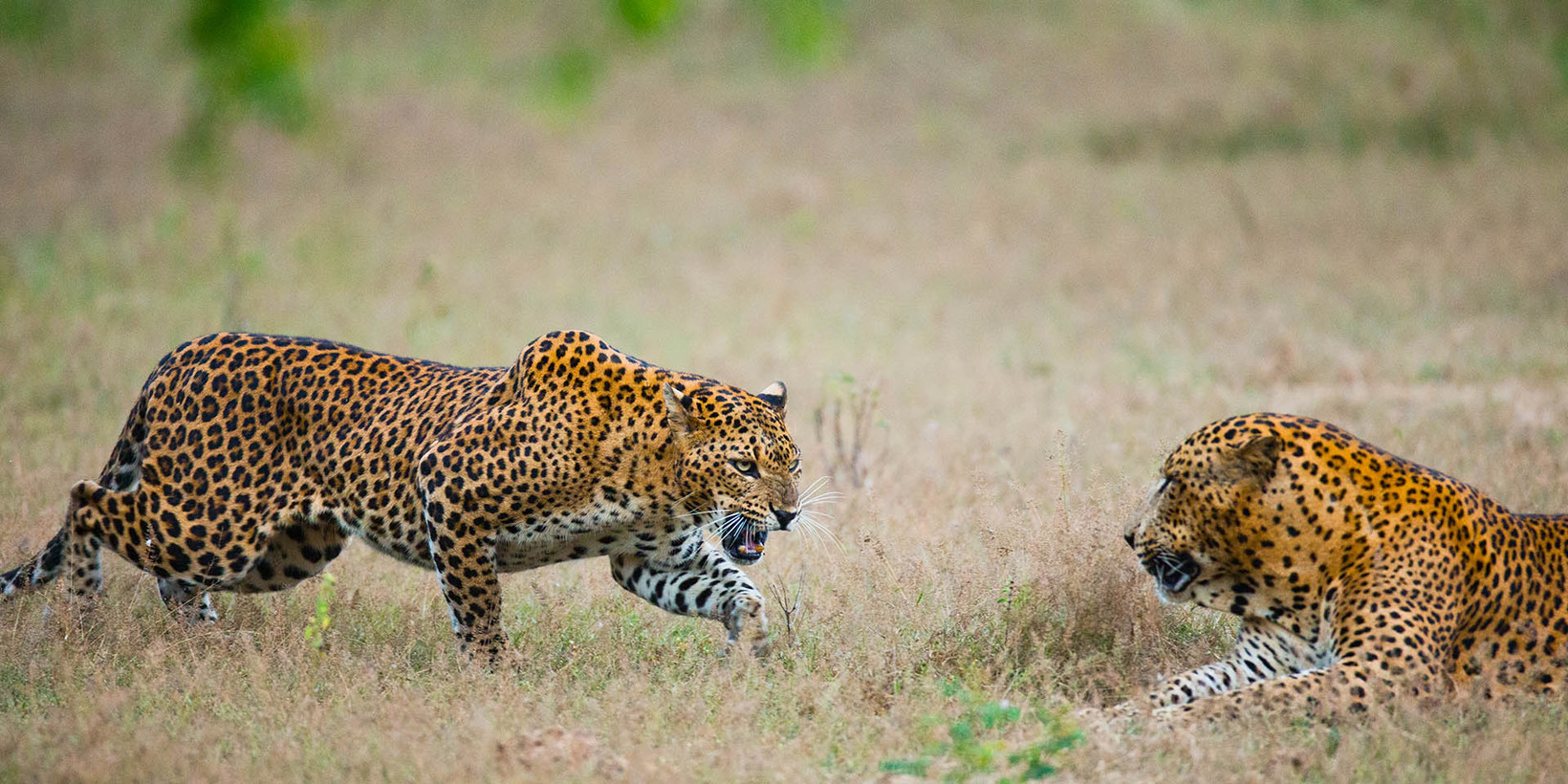 The Sri Lankan leopard (Panthera pardus kotiya) has been classified as endangered by the IUCN (International Union for Conservation of Nature) and is a leopard subspecies that is native to Sri Lanka. The population of leopards which is not larger than a mere 250 animals is declining due to a number of reasons which includes poaching and also the human-leopard conflict.

Distribution and Eating Patterns of the Sri Lankan leopard

Historically, the Sri Lankan leopard was found in all habitats throughout the country which consists of the wet zone, dry zone and arid zone. leopards have been mainly observed in dry ever green monsoon forests, arid scrub jungle, rainforests, low and upper highland forests as well as wet zone intermediate forests. Now the population has been limited to certain areas of the country which value the conservation of these creatures. Some of the most well known locations to watch leopards in their natural habitat would be the Yala National Park and the Wilpattu National Park. leopards are considered as nocturnal animals but they are also encountered during day time. This is mainly during early mornings and late afternoons. These creatures usually hunt alone except during the mating season or when mother and cubs are encountered in the wild.

The Sri Lankan leopard too is a carnivorous animal while they feed on a variety of species from hare, Sambar deer, langurs and even rats. Eating patterns may also include frogs, birds, reptiles, other types of rodents and even insects.

Main characteristics of the leopard include the rusty yellow coat with dark spots. The average weight of a male is 170 lb and a female is close to 64 lb. The tail of the leopard is longer than half of its body length when measured from head to tail. The shoulder height is about 45 to 80 cm. Their ability to climb trees comes with the strong muscles that are attached to the scapula. The males are at least 30% larger than females while mature males are supposed to have broad and larger heads. This Sri Lankan subspecies of leopard can be named as the largest subspecies of leopard in the world.

Conservation of the Sri Lankan leopard

Habitat losses, hunting for trade and fragmentation have become reasons for the Sri Lankan leopard to rapidly decline. Research is carried out on a regular basis to strengthen conservation measures of the Sri Lankan leopard. WWCT (Wilderness and Wildlife Conservation Trust) together with the Government of Sri Lanka have been working on “The leopard Project” to make sure that conservation is carried out to the island’s full potential. The Sri Lanka Wildlife Conservation Society has also put its resources to study and research these endangered species.