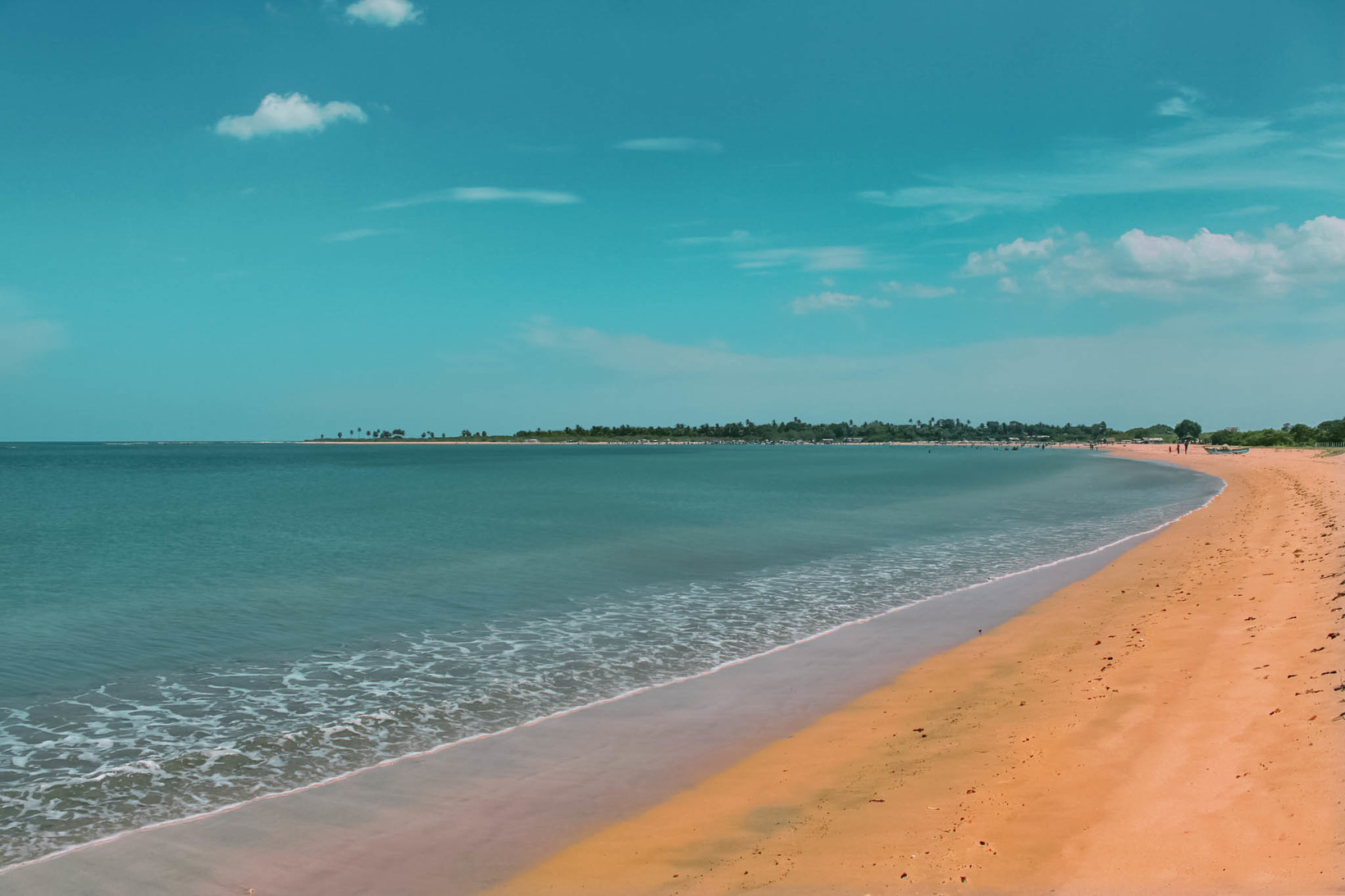 Things to do from Kalkudah

Kalkudah or Kalkuda is a coastal resort town located about 35 kilometers northwest of Batticaloa, Batticaloa District, Sri Lanka. It used to be a popular tourist destination, however due to 2004 Indian Ocean Tsunami and Sri Lankan Civil War tourist numbers have declined. Pasikudah and Kalkudah are located few kilometers apart.

Batticaloa is a city in the Eastern province of Sri Lanka. Batticaloa is in the eastern coast of Sri Lanka on a flat coastal plain boarded by the Indian Ocean in the east occupies the central part of the eastern Sri Lanka. Batticaloa is on the East coast, 314 km from Colombo. The population of 515,707 consists mainly of Tamils, Moors, Sinhalese, Euro-Asian Burghers (specifically Portuguese Burghers and Dutch Burghers) and indigenous Vedda population. Rice and coconuts are the two staples of the district, and steamers trading round the island call regularly at the port. The lagoon is famous for its "singing fish" supposed to be shell-fish which give forth musical notes. The district has a remnant of Veddahs or wild men of the wood. The city has four main divisions.

Eastern province has an area of 9,996 square kilometers (3,859.5 sq mi).The province is surrounded by the Northern Province to the north, the Bay of Bengal to the east, the Southern Province to the south, and the Uva, Central and North Central provinces to the west. The province's coast is dominated by lagoons, the largest being Batticaloa lagoon, Kokkilai Lagoon, Upaar Lagoon and Ullackalie Lagoon.