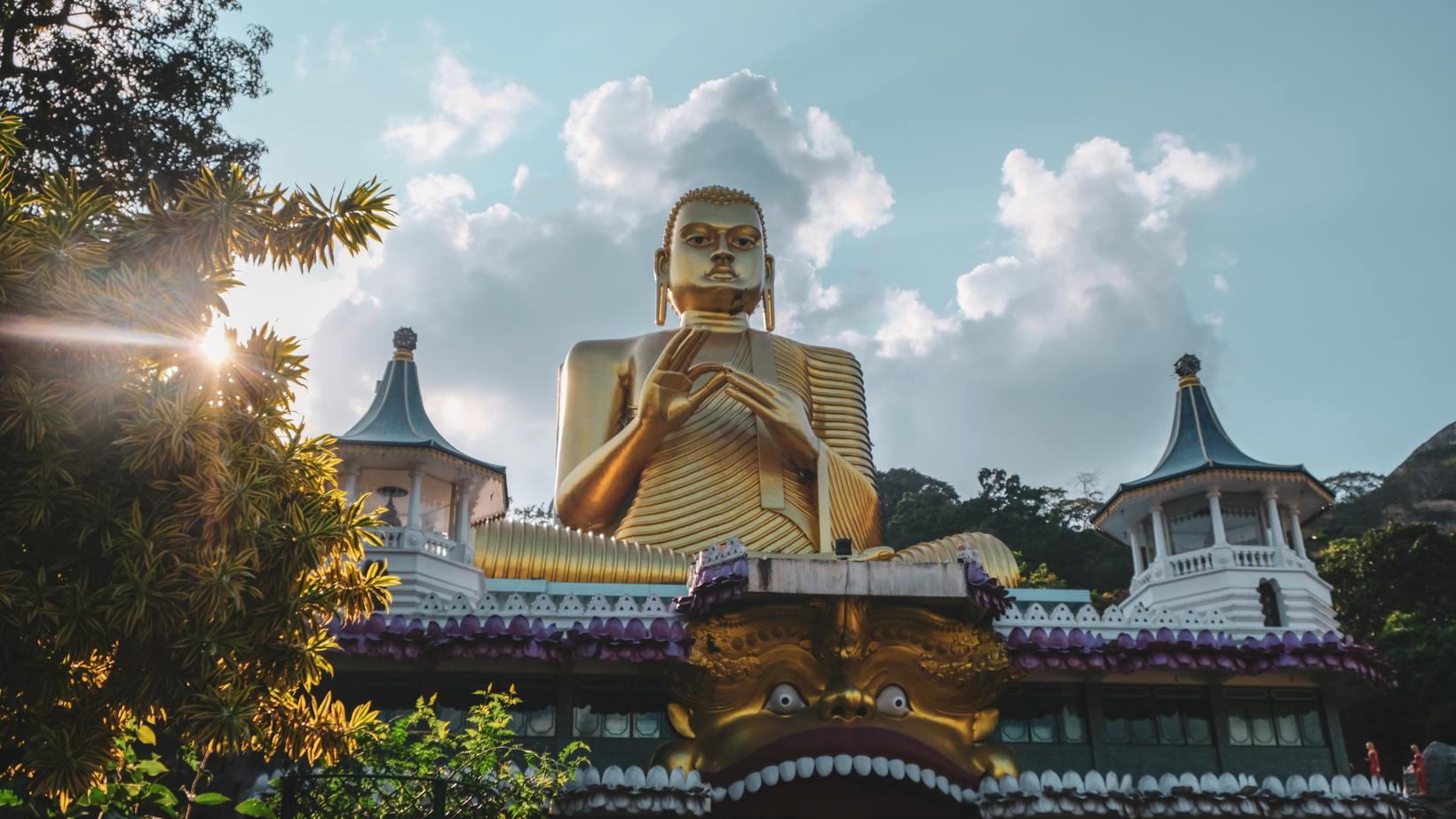 Things to do from Dambulla

Location
Dambulla is located 148 km north-east of Colombo in the North-central province.

Dambulla: Transportation hub
Located 72 km north of Kandy, Dambulla is an important junction where the Colombo Trincomalee road and Kandy Anuradhapura road meets and then part heading to their own destinations. Dambulla's well spread-out bus station makes it a transportation hub with buses travelling to Kandy, Kurunagala, Habarana and UNESCO World Heritage Sites of Anuradhapura, Polonnaruwa and Sigiriya.

Dambulla town
Dambulla, an insignificant village a couple of decades ago, today is a prosperous modern market town-a commercial hub, driven by the force of intensive cultivation by the industrious farmers of the region.

Golden Dambulla Rock CaveTemple (UNESCO World Heritage Site)
Dambulla Rock Temple, located 2 km south of the city center, is the most extensive, the most significant, and the best preserved rock temple of Sri Lanka. The temple is cut into an enormous granite outcrop rising over 160m above the surrounding countryside. 100m south of Dambulla Rock Temple is the Dambulla Museum.

Accommodation
The top draws among the options of hotel accommodation around Dambulla are Heritance Kandalama on the shores of Dambulla Rainwater Reservoir and Amaya Lake.