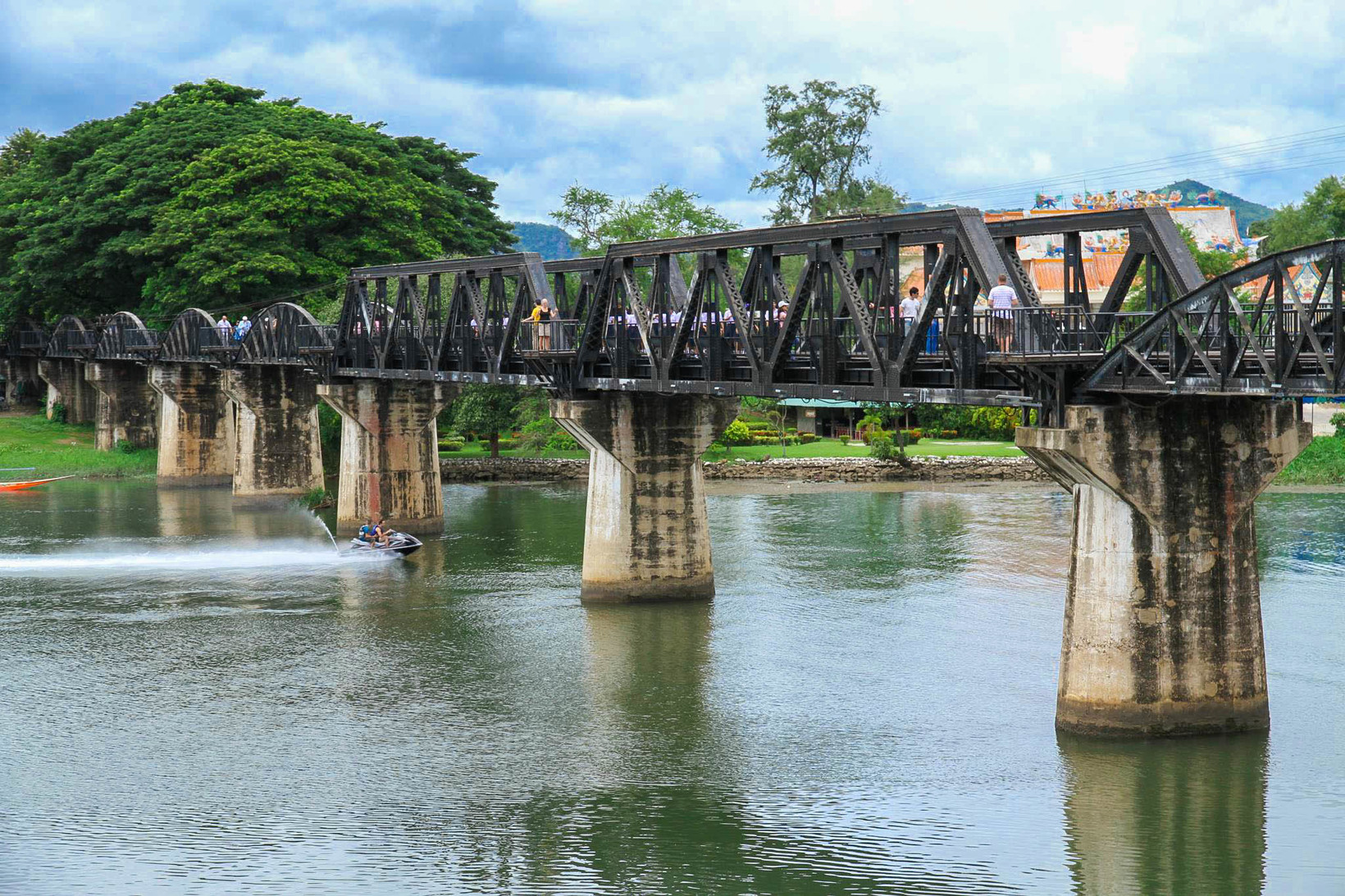 Kithulgala – The Filming Location of The Bridge on the River Kwai

The Bridge on the River Kwai tells a complex and touching story from the year 1943 about British prisoners in a Japanese Camp in Burma, who are ordered to build a bridge across the river Kwai for military purposes. They viewers see how a loyal officer who initially refused to work; later builds the bridge due to his personal sense of morals and a very British need for duty and perfection. Meanwhile a British team, including one of the escapees from the same camp, is sent to sabotage the same bridge as it would help the Japanese military otherwise. They end up clashing with the imprisoned officer, who they once considered a friend; as he tries to protect his creation. The film ends with the bridge destroyed; but only through a loss of valuable lives.

The plot was loosely based on the actual construction of a railway bridge over Mae Klong in Thailand. Mae Klong was later renamed Kwae Yai in the 1960s. However, the actual filming of the bridge happened in Sri Lanka, amongst the wild rainforests of Kithulgala; where the rapids of Kelani River rush. The area is most well-known for its adventure sports activities; but amongst the dense undergrowth and trees along the shores exists a small painted sign on a piece of rusted metal directing viewers to a seemingly innocuous location. The filming of the movie happened in many countries, with quite a few of them being shot in Sri Lanka; or Ceylon as it was then called.

The shooting happened between 1956 and 1957; a time when the waters of the shooting location was not flowing as fast as it is now. Despite that, the shoot was dangerous enough that it had to be retaken twice; along with a near drowning and a death by explosion. The remains of the bridge prop were later dismantled to maintain the ecology. All that remains there now are a few old concrete pillars; the last memories of a film shoot that made a turning point in history of movie making.

The interesting news is that during the last few years the Tourist Board of Sri Lanka has been considering the idea of building a replica of the bridge to epitomize the shooting location. With a little luck, visitors may soon get to walk the Bridge on the River Kwai as it was filmed. Until such time the location can still be visited, to create some wonderful memories and feel the emotions of the film more acutely.

【LK94000935: The Bridge on the River Kwai. Text by Lakpura™. Images by Google, copyright(s) reserved by original authors.】