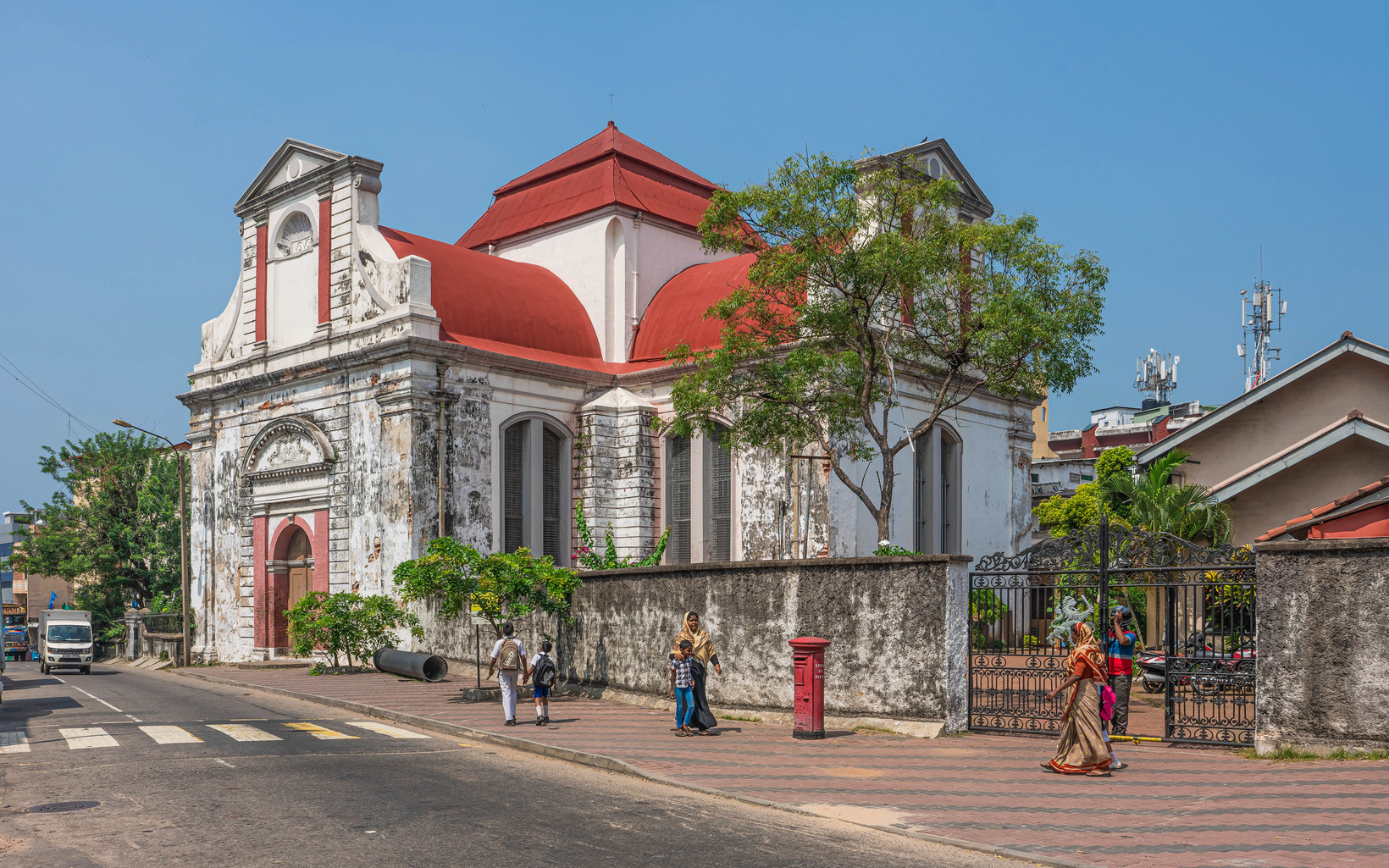 Dutch Reformed Church was introduced to Sri Lanka by the VOC with its first church ministrations held in Galle on 6th October, 1642, almost 360 years ago. Its consistory in Colombo was established in 1658 marking the beginning of protestant church or what they called ‘True Christian Reformed Church’ subsequently, church councils were formed in Colombo, Galle and Jaffna stationing several Dutch predicants to commence proselytizing activities.

The Wolfendhal Church is the oldest Protestant Church in use in Sri Lanka. It celebrates its 253rd anniversary this year. The name of the church derived from the place name Wolfendhal. Christianity was introduced into The Netherlands between 700 and 750 AD. Later at the time of the renaissance in Europe, the teachings of the French theologian, Jean Calvin (1509-1564) greatly influenced Christianity in The Netherlands. The Dutch as a dynamic nation preferred the freedom and realistic outlook of Calvinism that orthodox Christianity. The teachings of Calvin influenced the Dutch as a trading nation with ‘love of gain’. Prof. C.R. Boxer asserts that the Calvinism was the main driving force in the Dutch commercial expansion and cultural flowering which were marked features of the 17th century scene.’

The United Dutch East India Company (VOC) was established in The Netherlands based on the charter issued by the States General in 1602. The birth of the ‘True Dutch Reformed Religion’ took place as a result of the National Synod held in Dordrecht in 1618/19. This reformed religion was considered the state protected religion in The Netherlands since 1619. At this time the Dutch East India Company was busy with gaining control over the spice trade in the East from the Portuguese. The crew of each of the Dutch voyage to the East accompanied several predicants for the purpose of performing religious rites on board and on land. They were hand-picked by the Board of Directors or the Heren XVII in Amsterdam and paid by the VOC itself.

The religion to the VOC was of secondary importance. Profit was its prime objective. Once a Dutch envoy speaking about religious liberty in The Netherlands in the presence of Charles X of Sweden, the king in reply pulled a rix-dollar from his pocket and said Voila vote religion. The policy of the VOC on religion was always defeated before the ‘love of gain’.

The charter of 1602 made no provisions for promotion and maintenance of religious institution in the East. The Company directors were not obliged to spread the light of the Christianity practised in The Netherlands. When the VOC established its administrative headquarters in the East in Batavia (present Jakarta) the policy adopted was well defined in the following statement of the Board of Directors dispatched to the then Governor General in Batavia, Joan Maetsuiker. It states ‘Nature of government is such that it cannot suffer two equally great controlling powers, any more than a body can endure two heads’. Similarly, the civil power always had full and unfettered control over the ecclesiastical. It was on this background the Dutch Reformed Church was introduced to Sri Lanka by the VOC with its first church ministrations held in Galle on 6th October, 1642, almost 370 years ago. Its consistory in Colombo was established in 1658 marking the beginning of protestant church or what they called ‘True Christian Reformed Church’ (Waare Christelijke Gereformeerde Kirk). Subsequently, church councils were formed in Colombo, Galle and Jaffna stationing several Dutch predicants to commence proselytizing activities.

The Wolfendhal Church is the oldest Protestant Church in use in Sri Lanka. It celebrates its 263rd anniversary this year. The name of the church derived from the place name Wolfendhal. When the Dutch took over the administration of Colombo and suburbs, the surroundings of the church came to be known as Wolfendhal (Valley of Wolves) John Penry Lewis in his work List of Inscriptions on Tombstones and Monuments in Ceylon (1913) explains, ‘ A marsh or a swamp frequented by jackals.

The hill on which the church stands must have taken its name from the surrounding ground. Several variations of the name Wolfendhal had been used in the British times including Wolfendhal and Wolfendhal. The Wolfendhal Church is situated on a higher elevation with a panoramic view, overlooking the Colombo harbour and the fort.

The Dutch chose to erect this magnificent church in Wolfendhal to replace the old Roman-Catholic church, the Church of St. Francis, located in the former Gordon Gardens (in the present Republic Square) in the Colombo Fort. Construction of the church started in 1749 during the tenure of Governor Julius Valentijn Stein Van Gollenesse (1743-51). His initials J.V.S.V.G. are placed in the front light, perhaps to remember his contribution to the building. The style of the building is Doric and the foundation takes the shape of a cross. The Church, therefore, is referred to as the Kruiskerk in Dutch.

The high roof in the middle of the building resembles a dome resting on strong walls of approximately five feet thickness built of Kabook of unusually large size with coral and lime plaster. The original dome with its covering of blue Bangor slates had to be replaced due to the destruction that occurred in 1856 as a result of lightning. Later the slates were replaced with an iron covering. The iron covering, however, needs frequent repairs probably due to the salty sea breeze.

The Wolfendhal Church is a living edifice of the Dutch colonial architecture and a monument of the Dutch Christian zeal. It has been constructed with local material utilizing predominantly local labour, certainly with technical skills of the Dutch construction engineers at the time. It is, therefore, a national monument of dual parentage and outstanding example of combination of two cultures and traditions, the Dutch and the Sri Lankan. 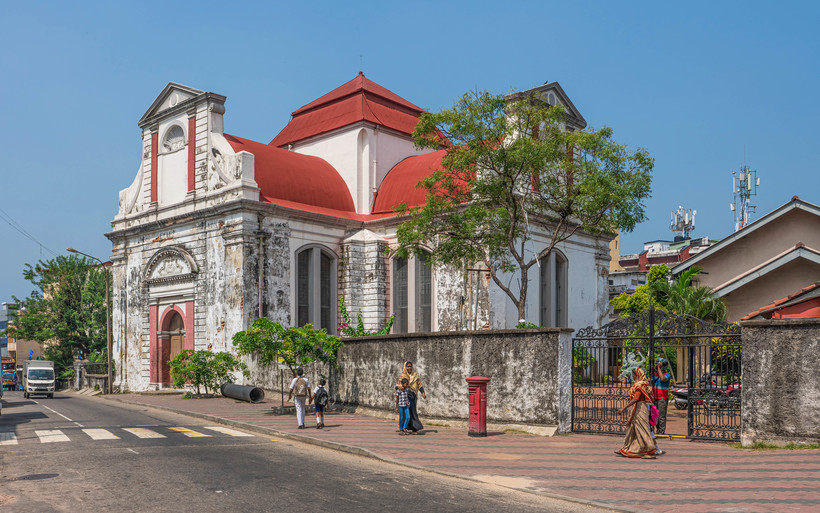 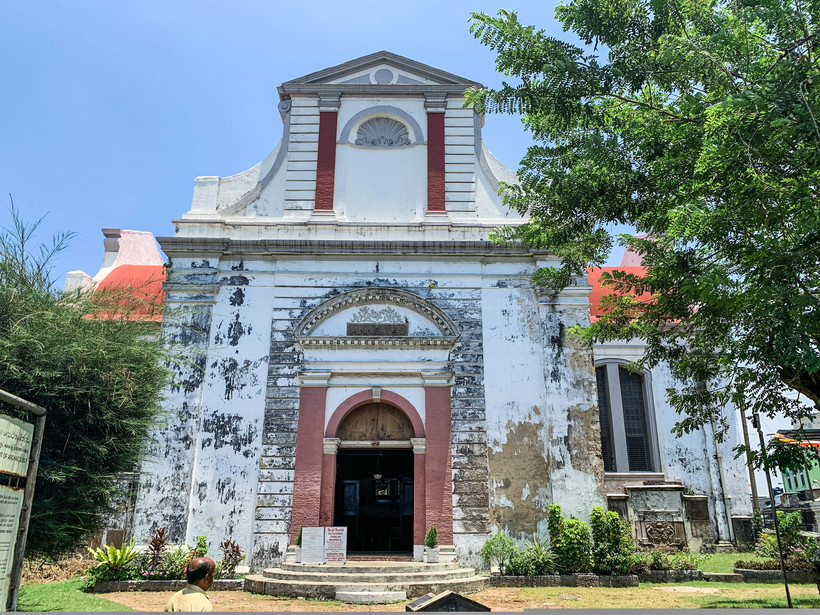 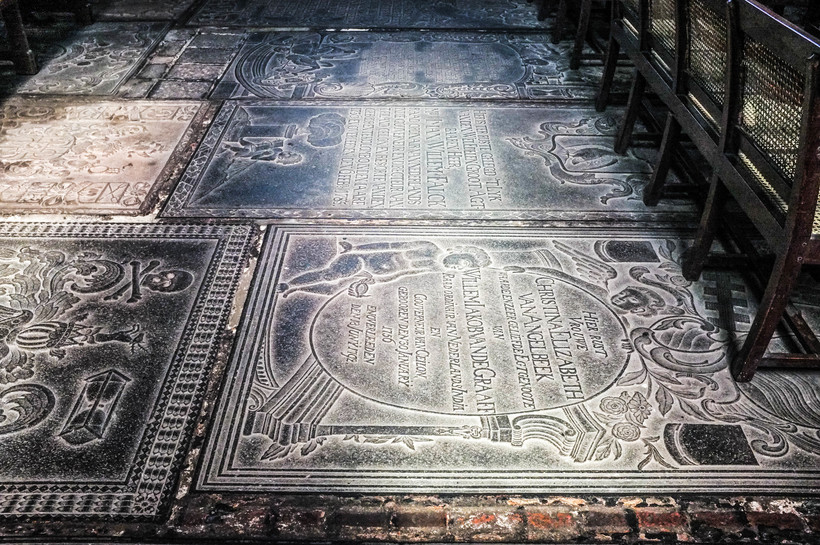 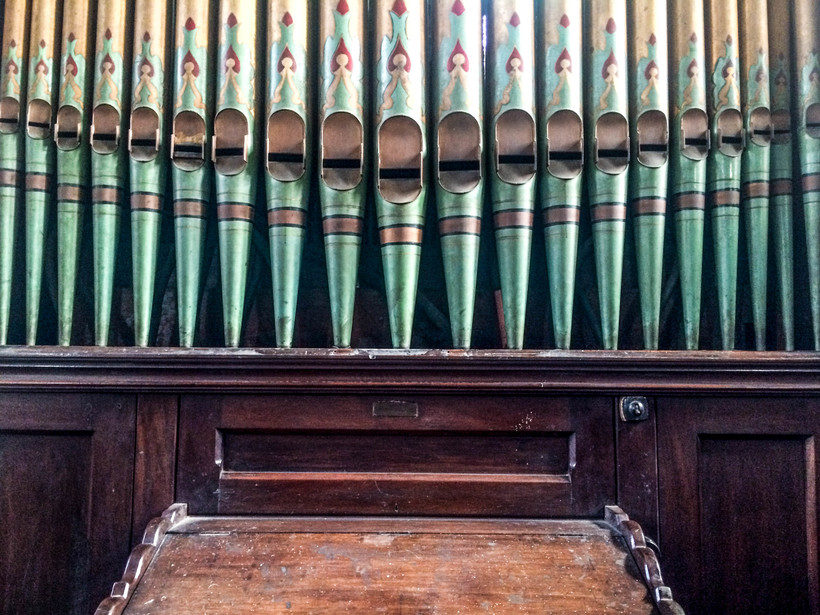 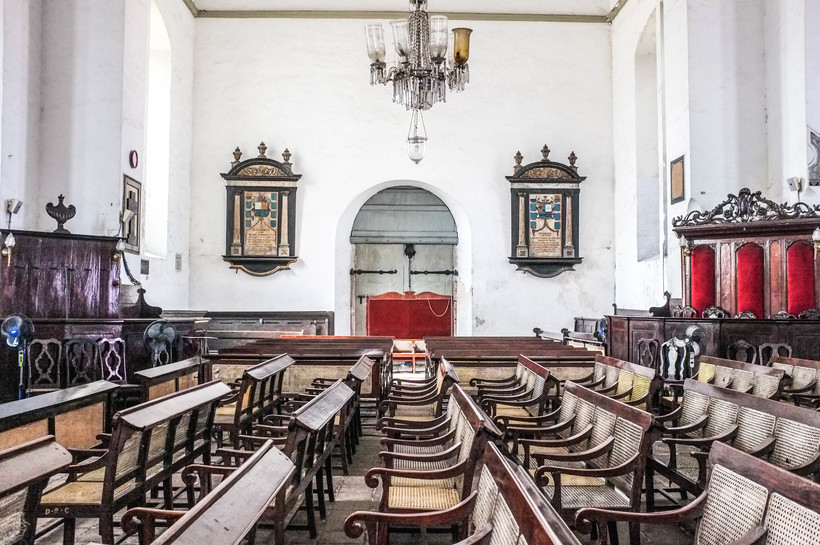 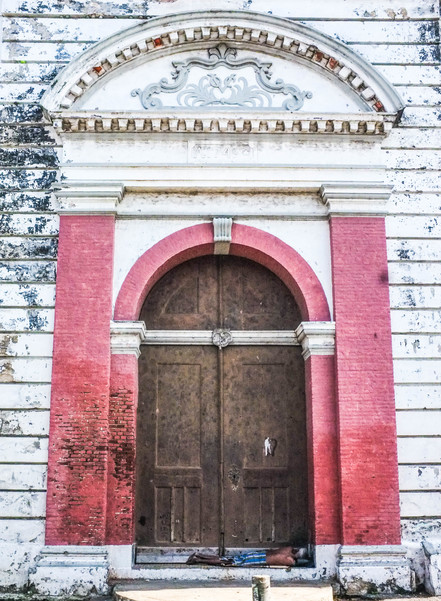