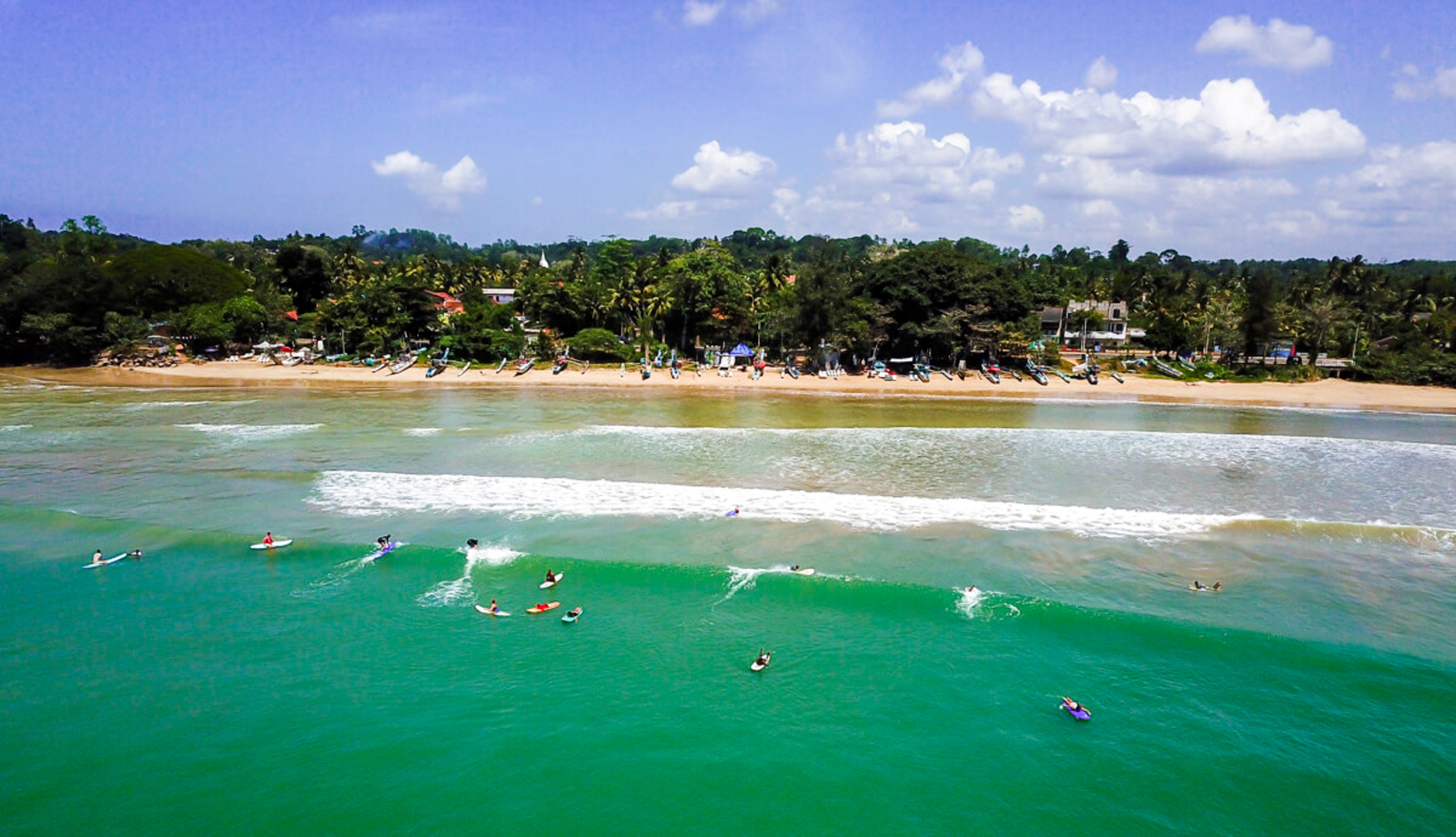 Things to do from Weligama

Location
Weligama is located 144km south of Colombo in the Southern coast of Sri Lanka.

Reaching Weligama
Weligama can be reached by Colombo-Galle-Matara (A2) main motor road as well as by southern railway line.

Weligama bay beach
The broad and beautiful Weligama bay is made still more attractive with a minuscule island called Taprobane, just offshore. Sheltered by a dense covering of luxuriant tropical trees therein is an exquisite villa painted in white.
Close to the southern end are dozens of colorful outrigger catamarans lined up ready to go into the sea once again. Weligama bay beach with its low waves is an ideal location to learn surfing. Swimming, Snorkling and other watersports too are done at Weligama beach.