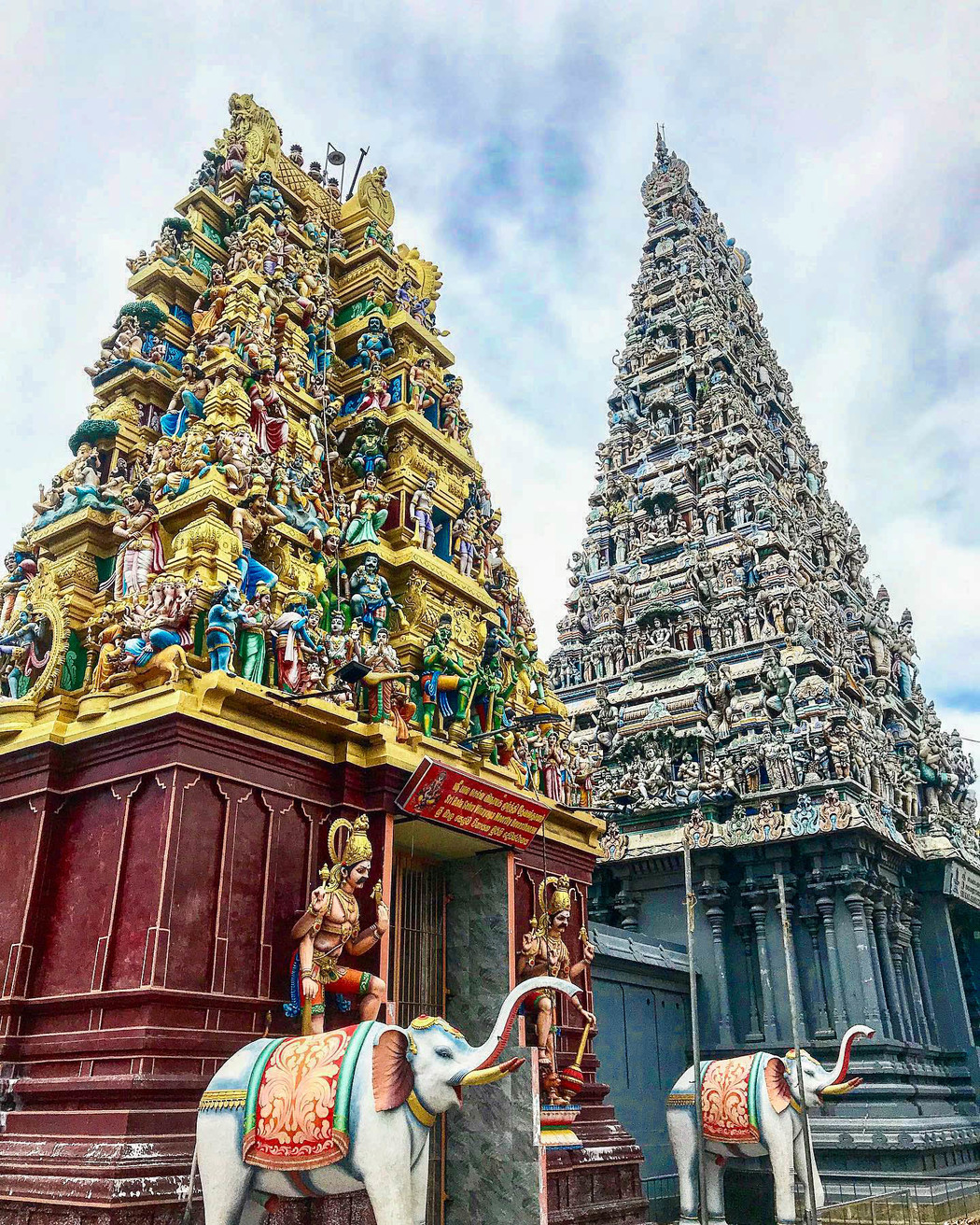 Sri Kailasanathar Swami Devasthanam, or Kapikaawatha Shivan Temple as it is also called by its devotees, is the oldest Hindu Temple in Colombo. Dedicated to the gods Ganesha and Shiva, the temple has been around for over two centuries. It’s also one of the most beautiful temples in Colombo.

The temple was built in Maradana, Colombo by a group of Indian Chetti traders known as ‘Thiruvilanga Nakarathar’ who moved to Sri Lanka for business two hundred years ago.

King Kirthi Sri Rajasingha ruled Kandy at the time; while the Dutch had taken over the coastal regions and were managing the incoming trade. It was in this environment that the Chetti traders disembarked in Sri Lanka. They were Hindus and worshipped a small Sivalingam that had been kept under a tree by the other Hindu Chetti traders who lived in the area. The Thiruvilanga City Chettis felt that it was not right that there was no Hindu Temple in Colombo, that had been built according to the Vedic Scriptures. So he brought it up with his fellow traders and they agreed to build such a temple.

In 1783 the foundation was laid within the lands of a Chetti trader known as Sri Veerapathran. This same trader also accepted the responsibility of finding the finances for the construction, and the construction works itself. As the group of traders was the foremost and richest people in Colombo at the time, they had no issues; and soon the temple was built. The ritualistic opening ceremonies took place in the proper manner and the Hindus of the era in Colombo started visiting the temple regularly.

The temple has been created by skilled temple architects and sculptors straight from India and maintains the classic Hindu temple look that is rarely seen on Sri Lanka. The colorful main tower with its detailed sculptures, intricate lotus-carved main door, solid stone statue masterpieces, and other such aspects make the temple a beautiful sight for sore eyes. In addition to the main shrine dedicated to God Shiva; a number of shrines to other Hindu Gods and Goddesses encircle the main sanctum.

Included in these satellite shrines are shrines to Ganesh, Skanda, Dhurka, Vairavar, Ambaal, the nine planetary bodies, Kali, Brahma, Sandeswarar, and many others. Visitors have to take off their footwear and wash their feet before entering. They are also not allowed to take photos of the insides of the temple unless proper prior approval is gained.

Today Kailasanathar Swami Devasthanum is one of the most popular temples in Colombo, with its devotees numbering in the tens of thousands.

SKU: LK77010100Night Cycling in Colombo (Private 4-Hour Tour) Cycle through the charming city of Colombo at dusk, as you visit some of its most iconic landmark...
Book now