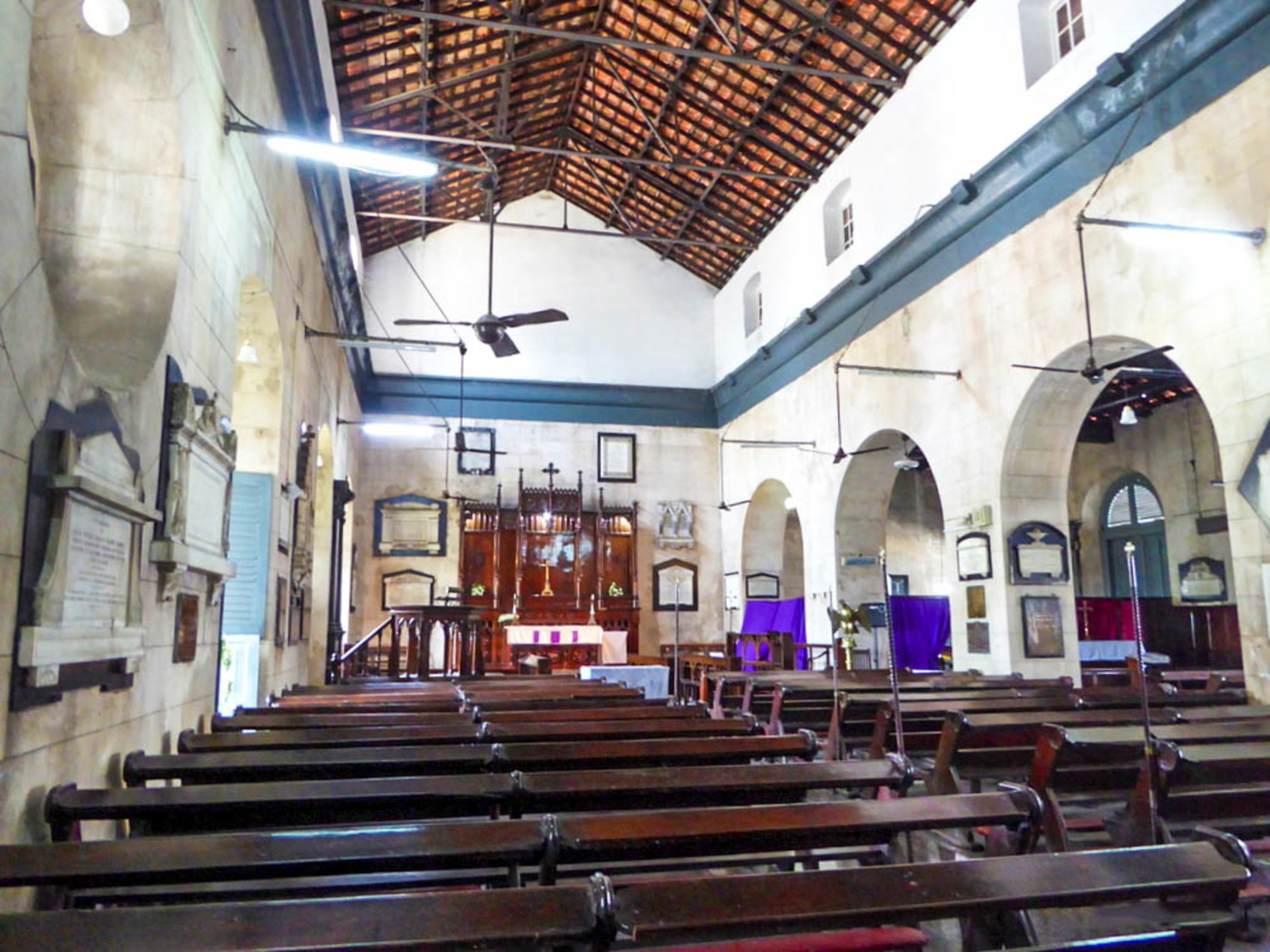 St Peter’s Church is an old Dutch Colonial structure adjoining the northern end of Grand Oriental Hotel in Colombo’s Fort Region. It’s one of the oldest functioning churches within Sri Lanka. The church is often visited by travelers from various countries. Some of them have connections to its long history. The story of St Peter’s is an interesting one

Over 400 years ago, the Portuguese were ruling Sri Lanka. They considered Colombo to be quite an important port location. Therefore, they wished to spread their religion in the area and built a Dominican Monastery at the site where St Peter’s is today. The monastery included St Dominico, an early Gothic church; the Chapel of Misericordia (House of Mercy); and a charity hall. Of these, only an inscribed stone arch from the early church remains to this day. Historical records show that this early monastery was used as a place of worship by the sailors who stopped at the port.

By 1666, the island was taken over by the Dutch. They were very much against any form of religious symbols that were used by the Portuguese and were quite happy to destroy them. However, the church building was too good and solid to be destroyed. Instead, they converted it into the Governor’s official residence. The residence had a new and elegant two story facade with a view of the waterfront, a flat roof, a large arched portico of cubicle form, and several large windows that let in light and air. In its heyday, it served as the council building where meetings were held, receptions and banquets happened, and was the place where ambassadors from the Kingdom of Kandy were entertained.

The building was used in this manner for over a century afterwards until the end of the Dutch rule in Sri Lanka, and the structure of the old church building slowly deteriorated. By the time the British took over in the late 1700’s, it was an old leaky roofed structure that was going into deep decline. Still the British were not in a position to immediately repair and renovate it after their costly war with the Dutch, and the building was used in the same worn out condition as a residence for the Lieutenant General Hay MacDowall who was the General Officer Commanding in Ceylon. Despite the British slowly establishing themselves in Colombo, the influence of the Dutch was deepest – and they were not able to find a place of worship for Anglicans.

Between the years of 1796 to 1803 the Dutch-built Wolvendaal Church started allowing Anglicans into their services. However, the British felt it insulting to have to go to the church of a different sect for their prayers. In 1804, the British Governor at the time, Frederick North, made the decision to renovate and convert the Lieutenant General’s residence to a Church for the British garrison in Colombo.

On the 14 March 1804, an announcement was published in the The Ceylon Government Gazette stating that ‘a Divine Service will be held at the Government House on Sunday at 4.30 p.m’. This first was conducted by Rev. James Cordiner, who arrived in Colombo in 1799. He remained as the chaplain till the latter part of 1804. The services for the Anglican community continued to be held in the building during the following years. However, it continued to also serve for government purposes, with a portion of the building being used as the courthouse between 1810 to 1820. In 1816, the place played host to the first Bishop of Calcutta, Thomas Middleton, who attended the church and gave a sermon.

His arrival served to be a trigger for a large influx of worshippers; and by the time the Bishop visited for a second time in April 1821, the congregation had grown immensely. Therefore the acting Governor Edward Barnes, formally requested that the Bishop "consecrate the building and set apart forever for the service of God”. It was consecrated and named St Peter’s Church on September 21, 1821. The same year, governor handed over the church and its upbringing to 4 trustees.

The church underwent repairs in late 1832. At this time, the verandah and portico, with its classical masonry columns typical of British buildings during this period, were added. The architecture was so changed that little remained of the original Dutch colonial structure, except for the wide, deep set opaque glass windows and prominent gabled walls. The first chaplain of the church, James Cordiner, was succeeded by Rev. Thomas James Twisleton; who was followed by Rev. George Bisset, the Ven. J. M. S. Glenie, and then Rev. Benjamin Bailey. The first Bishop of Colombo for the Anglican Church of England, Dr. James Chapman, was enthroned at St. Peter’s on 7th November 1845.

The church of St Peter’s went on to have many prominent personages, who had moved to Sri Lanka for work, as part of its large congregation. Some of them married there, or passed away in Sri Lanka and were buried within its graveyard. Many of the sailors and officials working in the British Royal Naval Force and on board other ships that docked in the Colombo Harbor would come there to worship, such that it became known as the seafarers church and an International Mission to Seafarers was opened next door. The wide road leading to the church became known as the Church Road.

During its heyday, Bishops from Canterbury who came to Sri Lanka visited the Church and High Commissioners of Britain were sure to attend its main functions. It also received a visit from Queen Elizabeth when she came to Sri Lanka.

The Civil War of Sri Lanka

The church continued on for over a century until the Sri Lankan Civil War in the latter part of the 20th century. At this time the government feared attacks on the harbor, which was a vital point (or possibly even thought that there may be attacks from the sea end) and highly restricted access to the entire area. This meant that the church was effectively sealed off for decades. While sailors from overseas could request special access to the church, they too had to go through a series of time consuming and invasive checkpoints that discouraged almost all but the most pious. As a result the congregation dropped to a mere handful.

Today, with the end of the civil war, early in the 21st century, the church has become accessible once again. Many travelers visit it to marvel at the architecture or ask about their long gone ancestors who had some sort of connection to the church. The congregation is on the rise once again.

On the outside St Peter’s doesn’t look much like a church at all. However, once you go inside, it cannot be mistaken for anything other than a historic several century-old church. The high roof, stained limestone walls, marble floors, arched glass windows, wooden pews blackened with age, wood and marble plaques on the walls in memory of some of the long gone members of the congregation, and the sense of peace and quiet; all lend to it’s beauty and charm. The shadowed spaces speak of deep history and whispered secrets. It’s said that the foundations of the place are the original structures from the Portuguese monastery.

On the side of the church is an altar. In the 1960s, a sexton named Paul, who stayed late working in the church, fell asleep at this altar. He dreamt that Jesus appeared to him and touched him. When he woke up, he had miraculously gained the ability to heal. He went on to form a prayer ministry. A plaque to Paul can be seen within the church too.

Some of the plaques, commemorative monuments, and tombs that you will see within the church premises are for prominent members who have made quite a name for themselves in history. These include:

Another interesting object to have a look at is the 200 year old British Flag still preserved within the church. Currently, the church is part of the Church of Ceylon, but is governed by the Archbishop of Canterbury in England as an Anglican Church. It’s definitely one of the most historic places within the city of Colombo, and is a must-visit for all travelers. 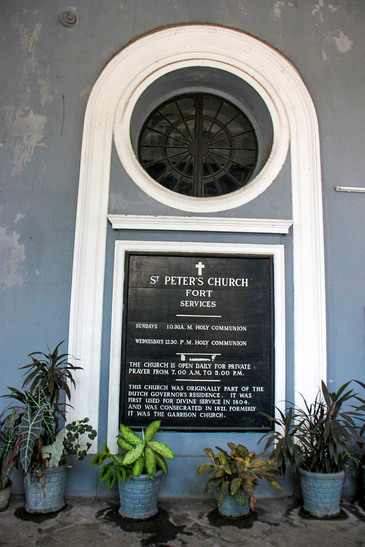 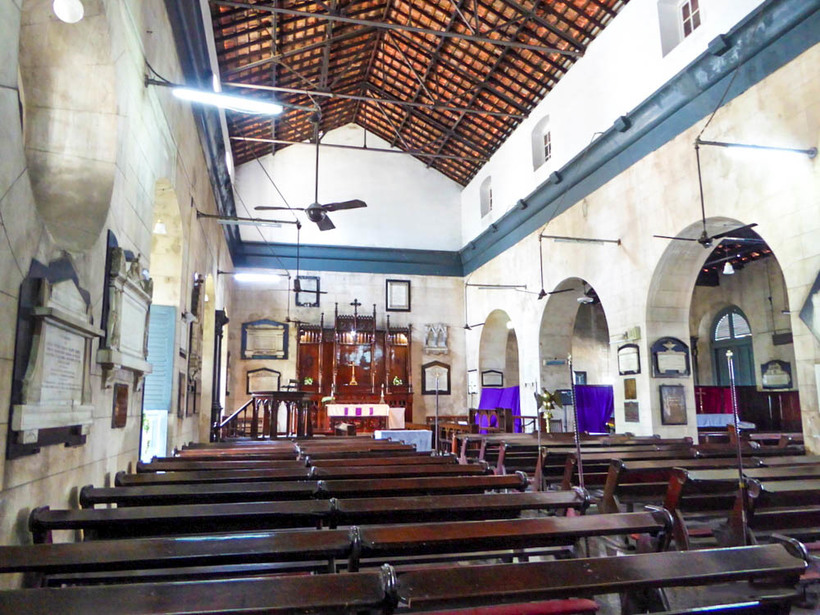 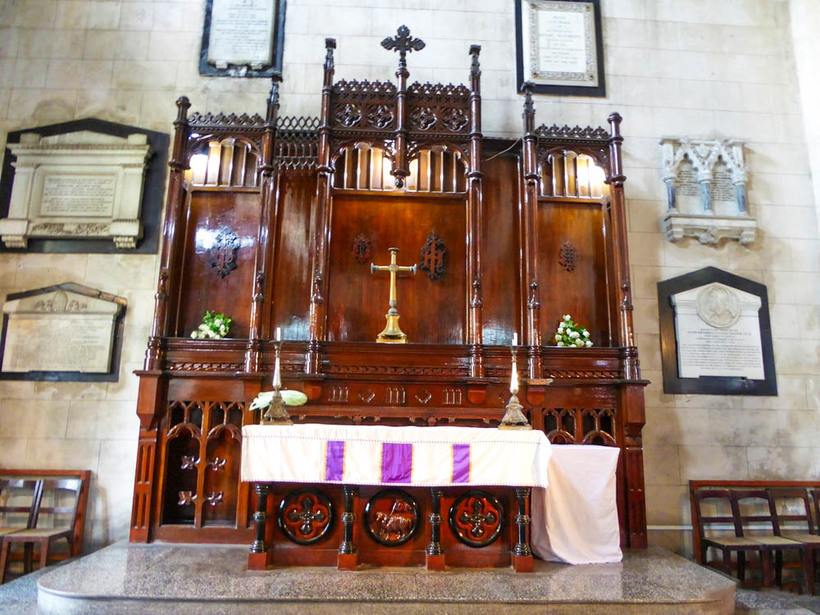 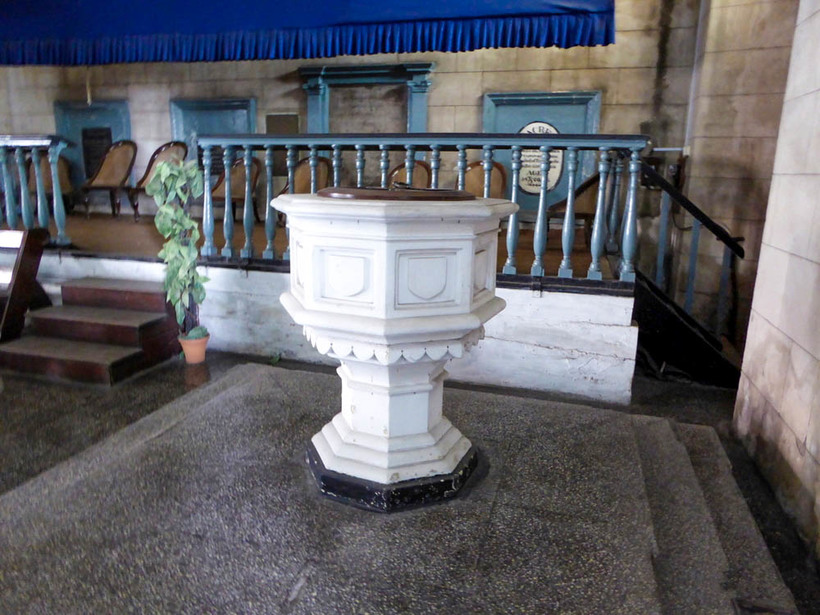 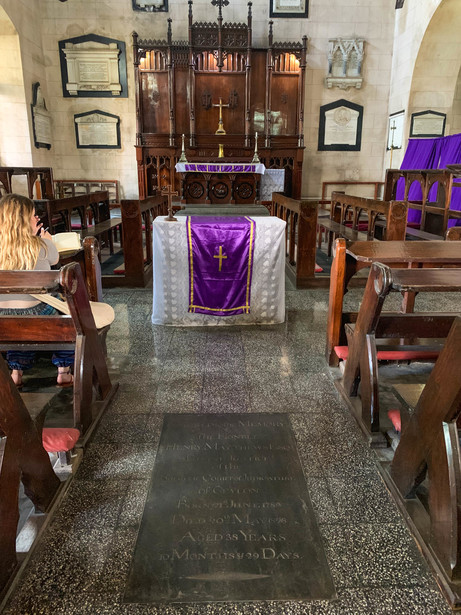 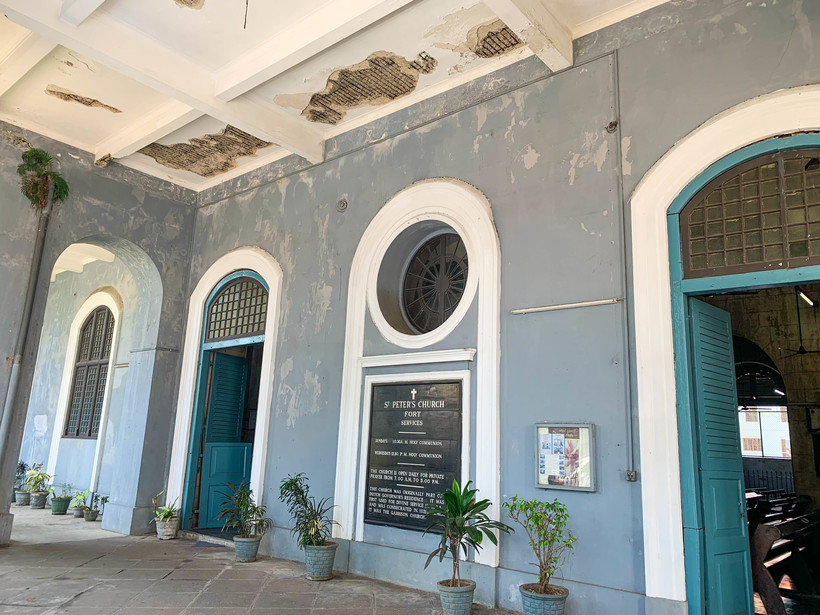