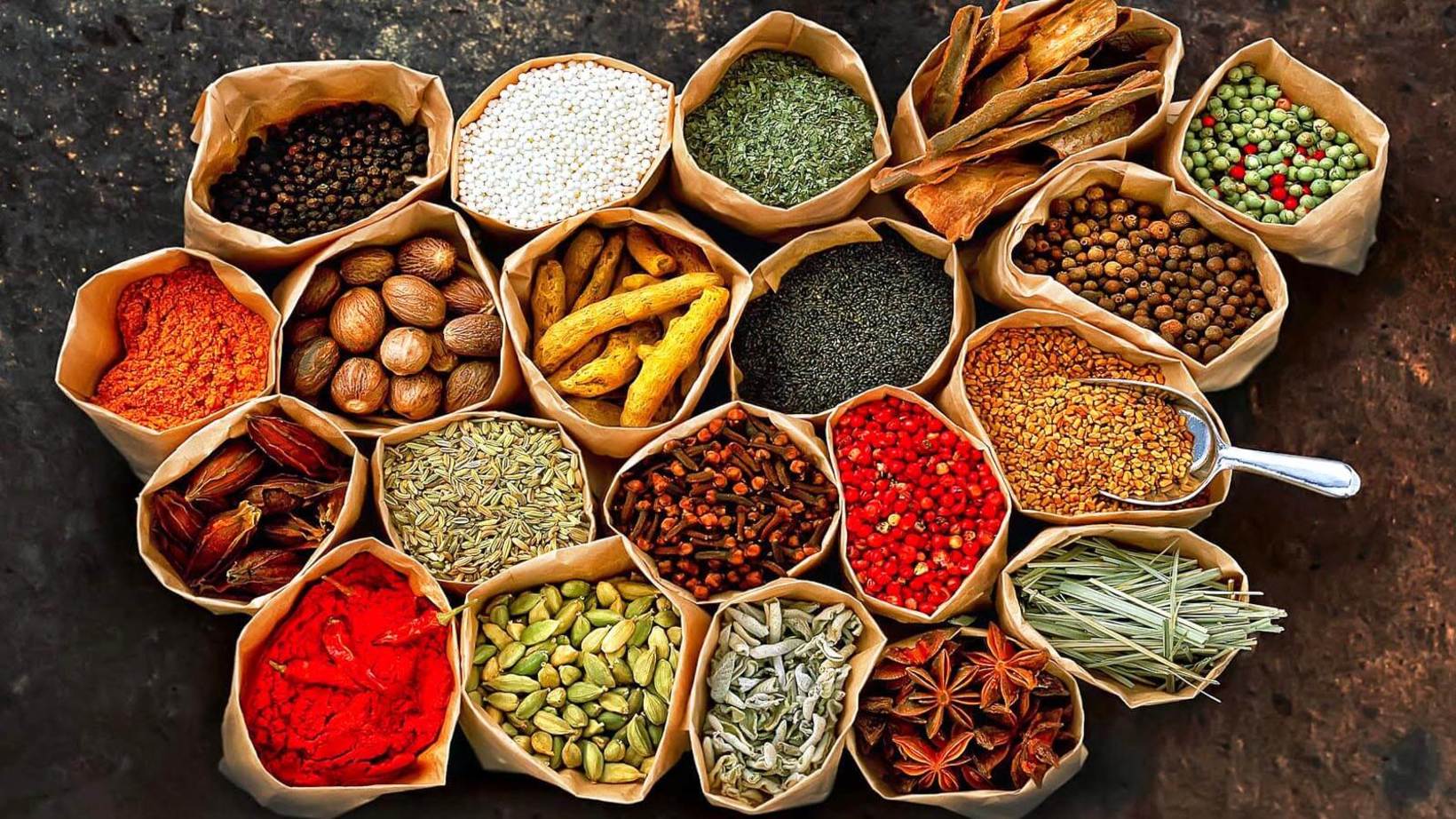 Spices enhance the colour, fragrance and flavour of food. In addition many of them also have many health benefits. Used in the right combination, spices can turn the simplest food into an aromatic and rich experience in the world of cooking. Of course, used incorrectly, if the wrong spices are combined, they will make food taste terrible and bitter. Hence care and knowledge is important for the successful use of spices. Here are a few interesting things to know when cooking with spices:

5 Things to know when you Cook with Spices:

Asia, most specifically Southeast Asia, has always been quite famous for its spicy foods. The region’s cooks have dabbled with the science of spices for millenia and are very experienced and used to cooking using spices. The fact that most spices are grown around the tropical regions of Southeast Asia played a large part in this. Sri Lanka, the pearl of the Indian Ocean, has been the centre of the spice trade throughout history.

The spice trade of Sri Lanka namely consists of:

The Curry Tree (binomial name: Murraya koenigii) is a tropical tree native to India and Sri Lanka. Its fragrant leaves are called curry leaves as they are popular for spicing up curries. They are mostly used as seasoning in the cooking of Sri Lanka, India and their neighbouring countries. Curry leaves have many medicinal properties including being anti-diabetic.

Turmeric (binomial name: Circuma longa), once processed from the rhizomes, is a deep orangish yellow powder. It is used mainly to impart colour or in other words dye foods. When it comes to flavour, the spice tastes slightly bitter and peppery with undertones of earthy flavour. Though used mainly as a powder, turmeric is also used fresh in its rhizome form in certain regions of the world. Turmeric is grown in Southeast Asian countries due to their tropical climes but is native to southwest India.

Cloves, which are the flower buds of a form of evergreen tree, originate from the Maluku Islands, Indonesia. They are primarily used as a spice, but are also used for medicine, fragrance (pomander) and clove cigars. Cloves are harvested and traded mainly in Sri Lanka, India, Indonesia, Madagascar, Pakistan, Tanzania and Zanzibar. When it comes to culinary purposes cloves are used in Asian, African, Mexican and Middle Eastern cuisine. They are most often used to add depth to meats, curries and marinades.

Cinnamon refers to Cinnamomum Verum or ‘true cinnamon,’which is a plant endemic to Sri Lanka. Most other cinnamon (from other countries) is from related species of plants and is called ‘cassia’. It is a spice obtained by making shavings (also known as quills) of the inner bark of the cinnamon plant. Cinnamon trade has a very long history and records show cinnamon in the spice trade of Egypt as early as 2000BC. Cinnamon is often used to spice up chocolates, deserts and beverages but also for alcohol flavouring and medicine. 90% of the true cinnamon traded around the world comes from Sri Lanka.

Pepper generally refers to black, white and green pepper. Black pepper is the unripe fruit of the pepper plant, piper nigrum, cooked and dried. Green pepper refers to the dried, but uncooked, unripe fruit of the pepper plant. White pepper, on the other hand, is the seeds from ripe pepper fruits. Pepper is the spice that is most commonly traded in the world.It is used for its strong aroma and for its spiciness as a chilli replacement. In addition to its use as a spice it has medical purposes and is also used for massages (pepper oil). Pepper is native to South and Southeast Asia.

Cardamom, also known as Cardamon, is a small spindle shaped seedpod with black seeds inside. The covers are thin and pale green (Elettaria) or dark brown (Amomum). It is the third on the list of the world’s most expensive spices, right behind vanilla and saffron. Cardamom is used as a cooking spice as well as flavouring (mainly for tea and coffee). It is also used in medicine. Cardamom is native to India, Pakistan, Indonesia, Bhutan, Nepal and Bangaladesh. A few other countries, like Sri Lanka, have also taken up cultivation.

Lemongrass is a culinary herb which as a subtle citrus flavour. It is very popular in Asian cuisine and can be used fresh or dried and powdered. Lemongrass is used as a medical herb, pesticide and preservative as well. When it comes to citronella grass, it is from the same family of plants and is a very close relative to lemongrass. It is used in soaps, candles and insect repellant sprays. East Indian lemongrass is from Sri Lanka, India, Burma, Thailand, Cambodia and Vietnam. West Indian lemongrass is native to South Asia and the Southeast Asian islands.

Nutmeg is the seed of a type of evergreen tree (Myristica fragrans), while mace is the reddish netlike covering surrounding the seed. Nutmeg and mace are used as a flavouring for many sweet dishes from the cuisines of various countries, and as a spice in many savoury dishes. Nutmeg is also an essential ingredient in many Christmas favourites such as mulled cider, mulled wine and eggnog. Nutmeg is also used for perfume and medicine. The common nutmeg is native to the Banda islands of Indonesia. The plant was a lucrative trade spice throughout history. Therefore after the Napoleonic war it was transplanted by the British to Sri Lanka, Penang, Bencoolen and Singapore. However records show that the plant existed in Sri Lanka even before this.

Vanilla is a word that has Spanish origins and comes from the word ‘vaina’, literally translating to ‘little pod’. It is a flavouring extracted from orchids of the Vanilla genus, mainly the Mexican flat-leaved Vanilla. Since the only natural pollinator is a Mexican species of bee, hand pollination is required to grow it in any other countries other than Mexico and South America. Due to this labour intensive cultivation, Vanilla is the second most expensive spice in the world. Vanilla may be sold as whole pods, powder, extract or as vanilla sugar mix. There are many types of vanilla due to the related species of orchids that produce vanilla; Bourbon Vanilla, Mexican Vanilla, Tahitian Vanilla, West Indian Vanilla. Sri Lanka has Bourbon Vanilla.

Ginger is the root of flowering plant. It is used as a spice for food, flavouring for beverages or in folk medicine. Ginger originated in South China and later spread all over Asia followed by the African continent. The spice was introduced to Europe from India in the 1st century AD. Today it is a very commonly used spice globally.

There are many other spices in Sri Lanka, but these are the main. If you would need more information on the spices of Sri Lanka and their uses, The Sri Lankan Spice Council website has more information.

Join us from Lakpura as we guide you on the ‘Spiceperience’, a sensual journey you will never forget. Let us guide you into the world of spice so you may understand spices the Sri Lankan way!