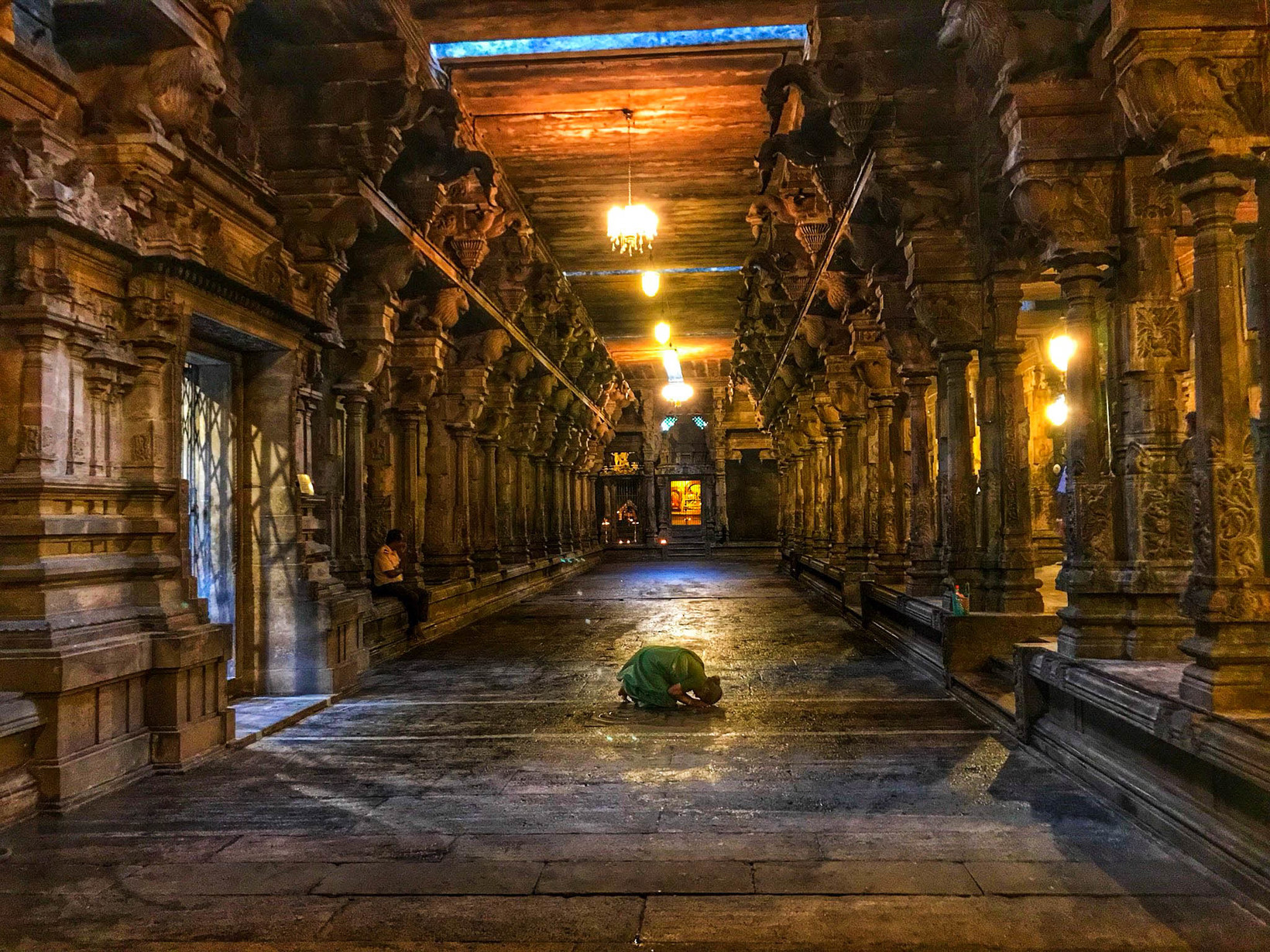 The Hindu Temples of Sri Lanka usually do not resemble the ancient Indians temples with their elaborate and detailed sculptures and solid black granite construction. This is doubly true for the capital city of Colombo which does not have many old Hindu temples. However, there is one temple dedicated to the Hindu God Shiva; which while not being too old, is still a peerless example of ancient Dravidian architecture. And that temple is Sri Ponnambala-waneswaram Temple.

The history of Sri Ponnambalawaneswaram Temple dates back to over a century ago. In 1857, a local minor lord named Ponnambalam Mudaliyar wished to provide a place of worship for the Hindus in residence in Colombo.

At the time the country was under British rule; and the Mudaliyar built a little temple for God Shiva, which became a safe haven for the Hindus of the era.

Years later, in 1905, the temple was inherited by Ponnambalam Mudaliyar’s son, the Independence Revolutionary, Sir Ponnnambalam Ramanathan. This was the same man who would later be known as one of the keystones of Sri Lanka’s Independence. He is well known today by all Sri Lankans for his oratory and legal work during the times of crisis that arose during the struggles for Sri Lanka’s Independence. Ramanathan served as an Attorney General and during the Sinhala-Muslim riots in 1915; he argued passionately against the British Government, who had arrested several prominent Sinhala leaders including D. S Senanayake who would become the first Sri Lankan Prime Minister later on.

In any case Ramanathan was a devout man in addition to being extremely talented. Shortly after inheriting the temple, he had a visionary dream where he was told to build an exemplary temple for God Shiva. Ramanathan woke up and decided to build a temple that would last for ages and which was in full accordance to the ancient Hindu Vedic scriptures. He brought in the most famous sculptors of the time from South India and had the temple designed in the ancient Dravidian style. The temple was constructed in the traditional style with black granite quarried from Veyangoda and with all the other materials locally sourced as well.

Sri Ponnambalawaneswaram is one only few solid granite temples still existent in Sri Lanka. Many were destroyed either during the ravages of time, war or during the various foreign invasions. However, solid black granite construction was one aspect of temples which were made in accordance to ancient Hindu Vedic scriptures. The other aspects included the construction being done by qualified temple builders and sculptors who were descended from families of temple builders, the design being modeled after the human anatomy, certain design elements being included in the sculptures, and etc.

Accordingly the builders of Sri Ponnambalawanesvaram came from a long line of workers who has been building temples for several generations. They had apprenticed under their family and learnt the highly honed skills passed from their ancestors. As a result, the work done on the temple was intricately detailed, accurate, and so life-like it almost seems as if the sculptures are ready to just stand up and walk.

The tall gopuram (a sort of traditional conical temple spire closely resembling those in Mayan temples, though more intricate); the soaring roofs, decorative arches, each beautifully carved pillar; the perfectly cut and sculpted walls; the sculptures of swans, cows, peacocks, guardian dwarfs, gods and goddesses and so much more that adorn the roofs of each individual shrine; all of these make Sri Ponnambalawaneswaram a work of art that does Sri Lanka proud. Looking at them makes it difficult to believe something so smooth and elegant could be made out of solid stone; and makes one appreciate the great amount of time and effort that must have gone into each pillar, each wall and each sculpture.

According to the Vedas the human body is considered as the microcosm  of the vast universe. All Hindu temples made in the correct way are made to display this concept. The main shrine is the moolasthanam or ‘primary place’ and represents the heart and is also similar to the center of the universe. The rest of the shrines are positioned around it. The way the devotees worship at the temple is similar to the flow of blood through vessels, or the universe rotating around its axis. They start from the moolasthanam (heart); go to each shrine that represent the main organs and finish their worship back at the heart again. This concept can be observed at Sri Ponnambalawaneswaram.

One of the other interesting things of note at this temple; are the number of bats in the rafters and belfries. The temple is extremely dark, as it is made of stone and does not have any windows; other than spaces left for air. The only light is from the large doors from three sides. But this is not sufficient for a temple of that size. This leaves the the temples so dark, it’s almost cavelike in some places. The darkness also makes it an ideal resting place for all the bats in the area. So it’s not a rare sight to see a bat winging its way through the temple as you walk through.