The Jami Ul-Alfar Mosque, also known as the Red Mosque (not to be confused with the Red Mosque of New Delhi), is one of Colombo’s oldest mosques. The Arabs arrived for the first time in Sri Lanka for trade in the 7th century AD. As olden day Ceylon was a hub for trade and was right in the middle of the spice and silk routes; they maintained a constant presence in Sri Lanka since that time by either migrating or intermarrying with the locals. Most Islamic communities settled in Colombo or Galle where the main ports were located; and to this day their descendants continue their lives in these areas. And hence as a result Colombo, with its being a major trade zone of the country, has a very big population of Muslims. But there was a severe lack of large mosques, which made life very difficult to the local Islamic community as their religion enforced praying 5 times a day.

The Jami Ul-Alfar Mosque was built in 1908 in Pettah to cater to the growing need for a large place for religious repose. The design and construction was done by Habibu Labbe Saibu Labbe an unknown architect of the time. He used Indo-Saracenic structural images, given to him by the South Indian traders who commissioned him, as his base; but also mixed in elements of his own. One of the most notable architectural changes is that the dome shaped spires on top of the mosque is not of the typical onion shape. Instead its shape follows that of a pomegranate;  while its walls are painted the same shade of red as the innards of that fruit, along with pale yellow horizontal stripes. This red tone is why the mosque gained its nickname. The mosque had approximately two floors (unsure of the exact amount as renovations were done later, and the locals in the know-how refuse to speak much about its history) at the time; which were supported by four massive teak tree columns that pass through the two lower floors.

The construction was completed in 1909 and the mosque could hold a capacity of 1500 people; though only about 500 attended regularly there at that time. However the numbers grew swiftly and in 1975 the Haji Omar Trust took control of the surrounding properties and began the work of expanding the mosque.

In 2007, there was a new four storied wing built, allowing the mosque to increase its capacity to 10,000. Today the mosque continues to update and refurbish its facilities.

Visitors are greeted by beautiful minarets and spires straight of a Persian fairytale, which are seen for miles all around. The bright red and pale yellow stripes of its walls make the mosque stand out in the crowded street with all its shops and buildings of trade and business. The tiles of the inner part of the mosque have been replaced with those that have an early 20th century Period design; which gives the entire area a beautifully aged aura. The four teak support columns are still there in pristine condition. The mosque doesn’t skimp on modern day facilities though; and was most recently having an escalator facility built for elderly and infirm visitors.

However, there seem to be a ban on Muslim women to visit the mosque due to religious restrictions. As there have been many who requested for a section for the women; there appears to be plans for such a section, where women can do their prayers, to be built in the future.

Though the Red Mosque is an Islamic religious facility, visitors from other religions are eagerly welcomed. 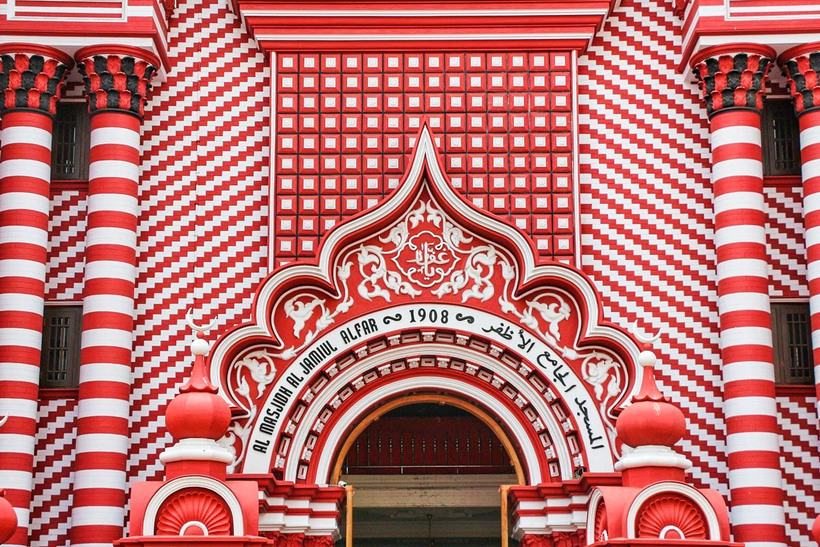 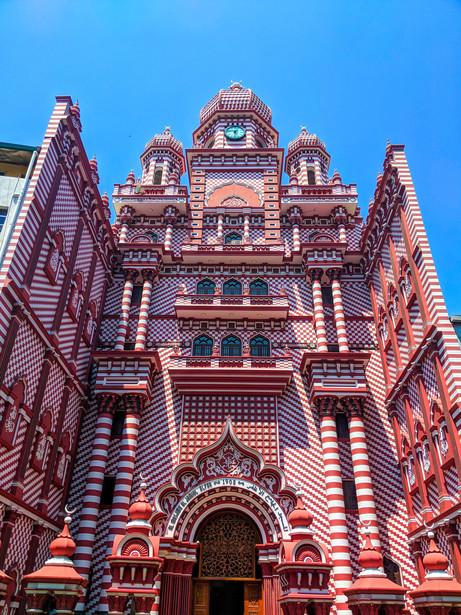 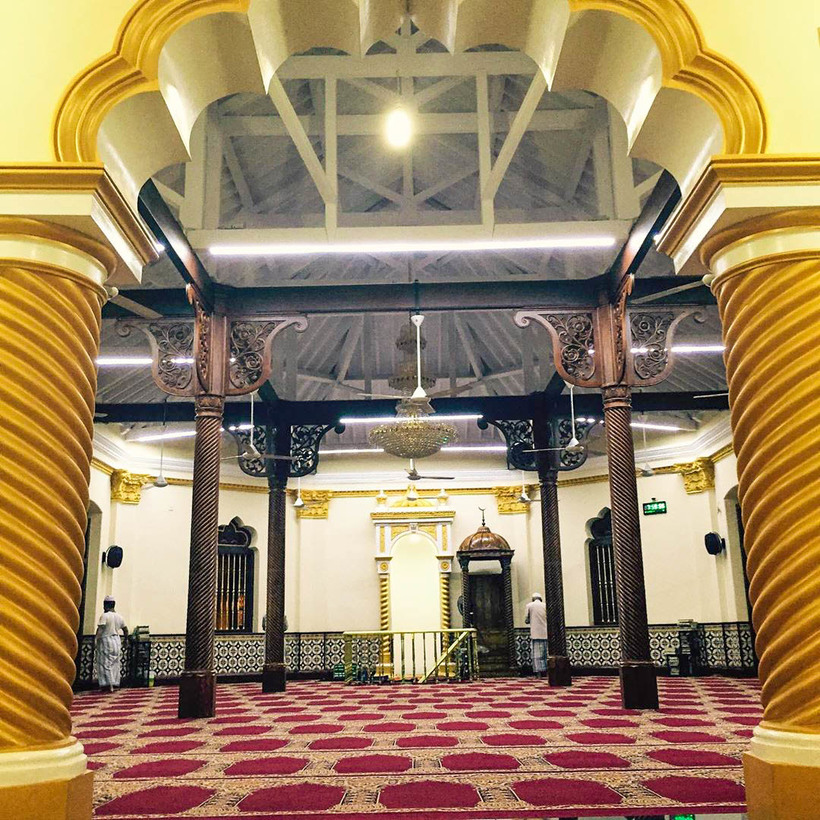 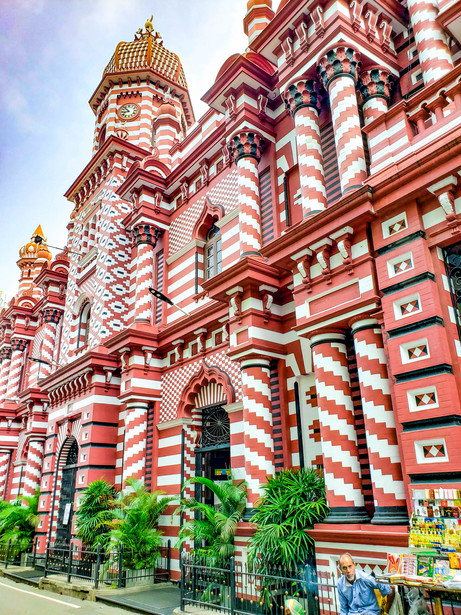 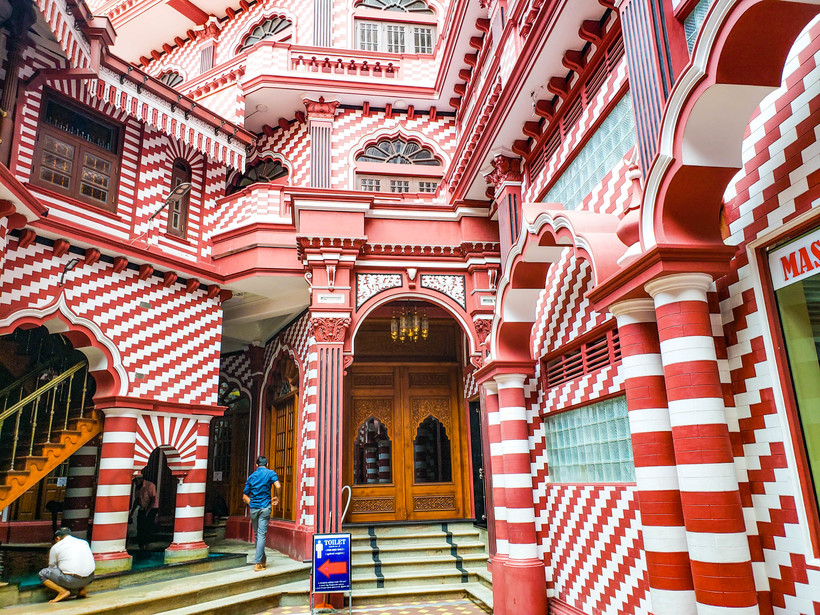 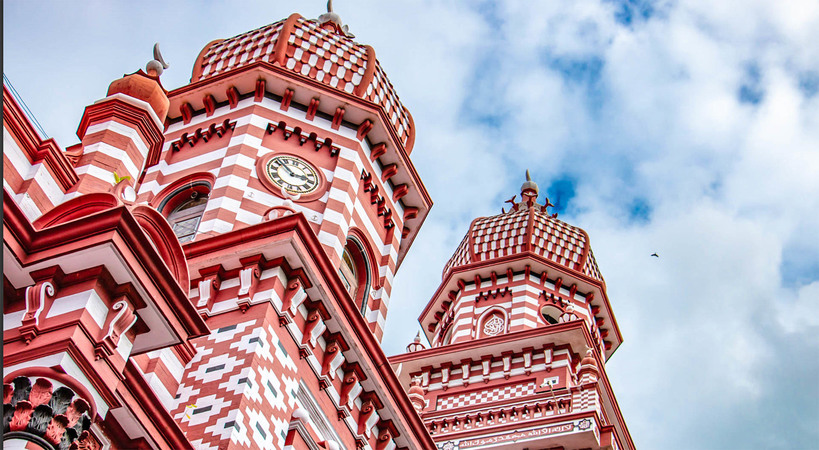