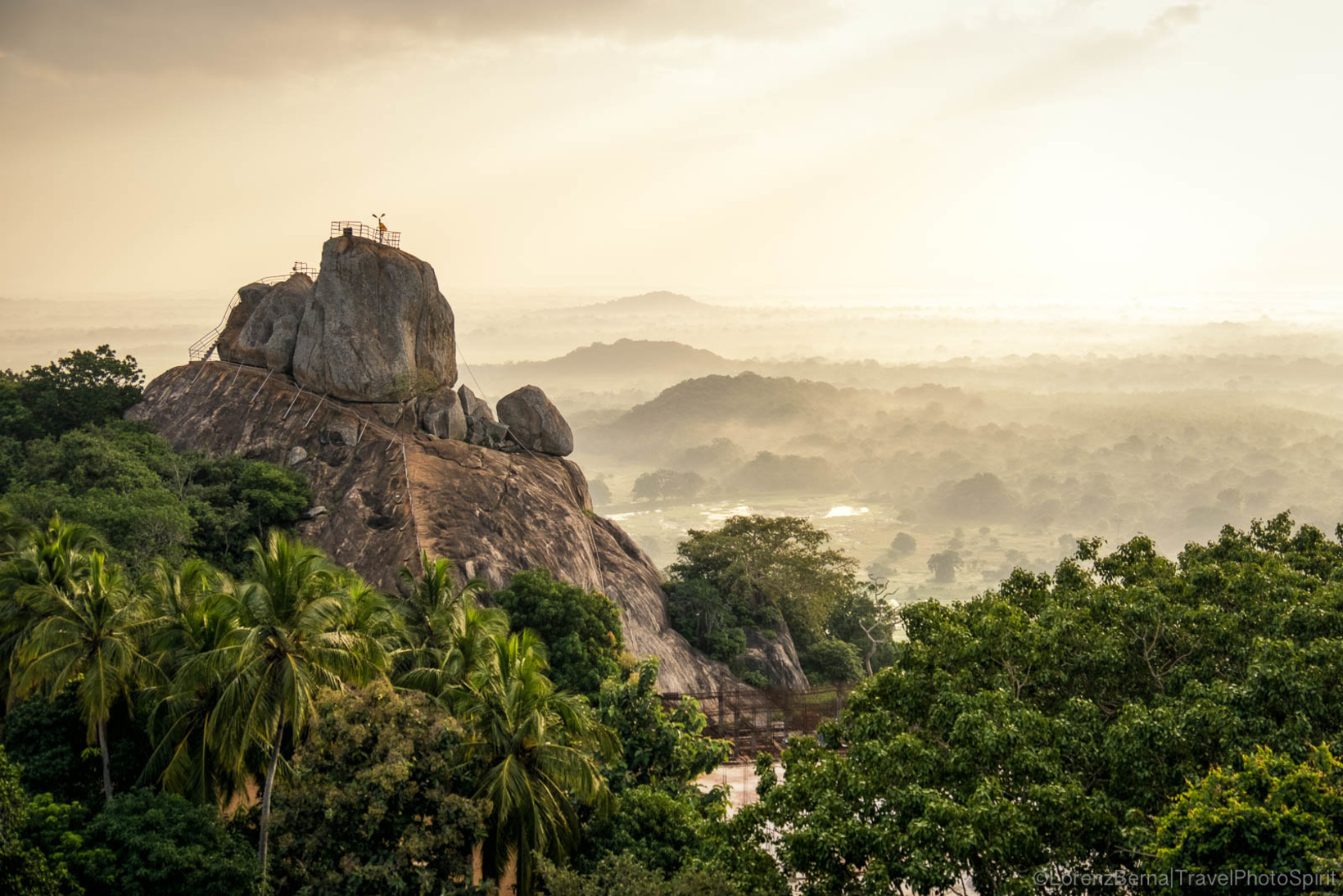 Poson full-moon poya day (Poson Poya Day, Poson Festival) is celebrated the arrival of Buddhism in Sri Lanka in the 3rd century BC, a festival of great historical and religious significance celebrated island-wide by Buddhists. Poson, held on the full moon day of June, commemorates the occasion over 2,000 years ago when Arahat Mahinda, son of Emperor Asoka of India, converted King Devanampiyatissa to Buddhism. The main center of celebration is Mihintale, the ancient monastic complex where the royal missionary monk Mahinda perched the first sermon to the ruling king and at Anuradhapura the ancient capital, to which large crowd of pilgrims converge. Mass religious observances, illuminations pageants are part of the celebrations.

For Buddhists, this hallowed day of Poson is second only to Vesak in terms of importance. Although Poson is celebrated throughout the island, the major ceremonies are to be found in Anuradhapura and Mihintale. Long lines of devotees dressed in white climb the many steps to the top of the Mihintale hill first to the temple, and then to the dagobas that lie adorn the nearby hillocks. In addition, many devotees climb to the very top of the rock, to the spot where Arahat Mahinda delivered his initial discourses.

Poson Poya is celebrated annually with great fervour throughout the island but particularly in Mihinthalaya where Mahinda Thero first put his foot to preach the word of Lord Buddha.This is why Mihinthalaya is called the cradle of Buddhism in Sri Lanka. With the establishment of Bhikku Sasanaya all other elements of a civilized society began to emerge with the art of writing,art, architecture, river civilization, religious rituals in song and dance forms, literature, all with royal patronage.

In Poson many temples are filled with Atasil devotees and pilgrims all over Sri Lanka to mark this great event. The devout, clad in pure white with no make-up or jewelry, make their way to the temple,to spend the next twenty four hours in quiet contemplation.

While the rest of the village, gather at the temple grounds after sunset to participate in lesser religious activities, like reading of holy books, or listen to the saffron clad monk relate ancient stories from Lord Buddha’s previous lives. During the Poson Festival, the selling of alcohol and flesh is usually prohibited, with abattoirs also being closed.

A festival of great piety and sanctity which focuses on the virtual of compassion to all living creature,it is also one of much colour and gaiety, with street, homes and public places decorated with beautiful and finely decorated hand-made paper lanterns small and big and glittering with illuminations, pandals depicting the different occurrences in the life of the Buddha or his previous births.

As a result of the conversion of Dig Vijaya policy of the emperor Dharmasoka to that of Dharma Vijaya policy Buddhist missionaries were sent to various countries in the world and to Sri Lanka. Emperor Dharmasoka sent his own son, Arahant Mahinda Maha Thera to lead the delegation. Arahants Ittiya, Uttiya, Sambala and Baddasala accompanied Arahant Mahinda Maha Thera in this missionary. Sumana Samanera also joined them. The only layman in this mission was Bhanduka Upasaka who had attained Anagami or the third of the four paths or stages leading to Nirvana.

It was a pleasant day with fine Weather and king Devanampiyatissa followed by his men engaged himself in a game of hunting in the royal park, ”Missaka Pawwa”. A well built deer ran swiftly by the king’s side. The king had no time to spare. No one other than the king himself was to kill the biggest deer on that festive day. He pulled out an arrow and aimed at the deer. His arrow did not move.A ray of light radiated from the mountain top at the foot of which the king was standing. He heard his name being called in a sweet voice. The king was seriously concerned as to who in this world was dared to call him by his name. Further, presumably he would have been sorry that he missed his game. However, he was not annoyed as the words were pleasing .The king looked up from the foot of the Mango tree where he was standing dumb founded and saw the figure of a human being in yellow robes with rays radiating from the spectrum. The king could not remove his eyes away from this fascinating figure. He was amazed. ”This should be a supernatural being”the king thought. Hitherto the king saw only one figure. The other four arahants, the samanera and the upasaka too emerged one by one. Arahant Mahinda ascertained that the king was prepared to listen to him.

For the mighty king, the charm of Missaka Pawwa was that on it stood the treasure he was longing for. His bow and arrow fell from his hands. He put his hands together on his forehead and knelt down on the ground under the Mango tree. Arahant Mahinda Maha Thera decided to test the king’s knowledge and intelligence and to ascertain whether he could understand the Dhamma by delivering it in the normal way.