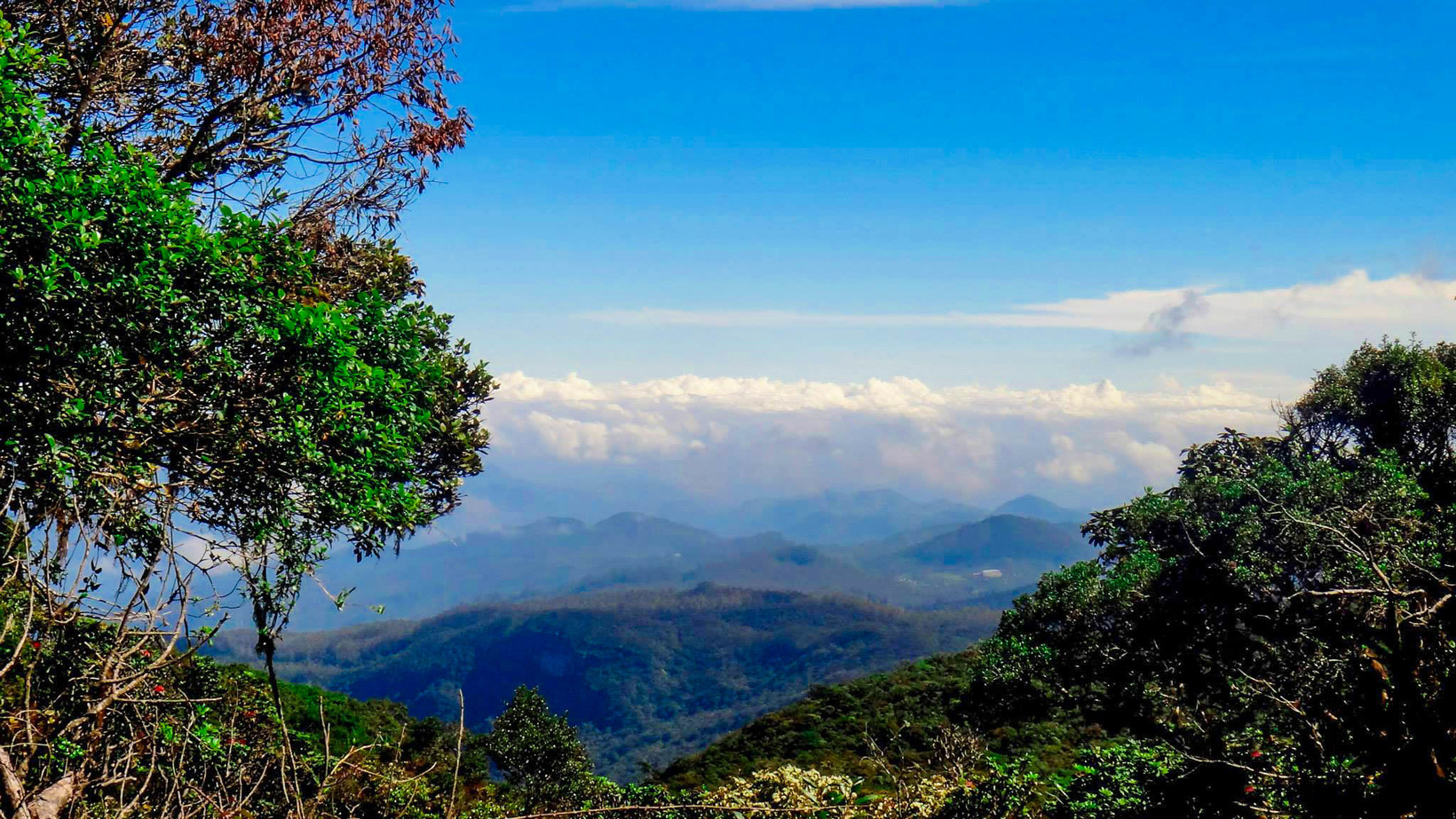 Pidurutalagala Mountain in Sri Lanka: The Tallest Mountain on the Island

Pidurutalagala Mountain in Sri Lanka (literally translating to Straw Plateau Rock), which is also called Mount Pedro in English is the tallest mountain on the island and situated in the Central Province, north – northeast to the town of Nuwara Eliya. It is also the only ultra prominent peak on the island, and one of only 1515 ultra prominent peaks around the world. An ultra prominent peak is a mountain that has topographic prominence (height of the peak’s summit above the lowest contour line encircling it up to the highest summit) above 1500 meters. Mount Pedro has prominence and elevation of 2524m (8281 feet) (8292 feet according to the Survey Department).

The mountain of Pidurutalagala has a forest reserve surrounding it. The forest underwent damage five years ago in a forest fire, causing the loss of some 3 acres of forest. However, the damage is being repaired now with the assistance of nature and human intervention. The area of the mountain and forest reserve has been designated an ultra-high security zone due to the summit being used to house the communications array of the Sri Lankan Government and the Armed Forces of the country.

The mountain was famed as a place to visit during the British regimen; and records show that, during the year of 1897, there were paths to climb the mountain by foot using a two and half hour trek or in a shorter time by horseback.

It was so popular that there were sedan chairs available for the ladies who wished to visit the mountaintop. Sedans were a form of wooden litter which was used primarily in Britain and Europe at the time. It was a chair placed on top of two long wooden poles (in the case of the chairs used on Mount Pedro, they were bamboo) and the parallel poles were borne by strong men on their shoulders. Some chairs had additional décor such as carved seats, hoods to keep out the sun, curtains to protect from the draft and etc. They were usually used by highborn ladies of the West. Hence their presence in the rural Sri Lanka of those ages shows the presence and visits of many such ladies to the mountain. The mountain gained its nickname ‘Pedro’ from the British as pronouncing the word ‘Pidurutalagala’ was a difficult feat for them.

Unlike most mountain summits which are rocky, Pidurutalagala Mountain in Sri Lanka had a cap of pale green vegetation on its somewhat flat summit as per eyewitness accounts of the 1940s. During the summer months the vegetation had a tendency to dry to a pale yellow giving it a straw-like appearance, and hence the name ‘Straw Laden Rock’ or ‘Pidurutalagala’ in Sinhala. During the early 20th century the mountain still had only a single human-made path to the summit. The only other trails were from the elephants that frequented the mountain. The rest of the mountain was all untouched vegetation. The forest visibly changed drastically from the lowland forests as the height increased. Most notably, the trees were shorter and the tops flattened higher up on the mountain; primarily due to the strong winds. They were also more gnarled and branched out and had lichen and moss clinging to them, displaying characteristics of cloud forests. The single man-made path had way stones with the height from sea level marked on them in feet.

Sri Lanka consists of three peneplains, the lowest, the middle and the highest. A ‘peneplain’ was a term brought about by William Morris Davis, who is often called ‘the Father of American geography’, around the year 1900. He described it as follows in his attempt to form a definition for a landmass that was too smooth to be called rocky or mountainous, and too irregular to be called plain.

Pidurutalagala Mountain in Sri Lanka is not open to the public most of the year. However, during certain periods of time passes of admission can be obtained for a drive to the top. Trekking is strictly not allowed. Once the vehicle enters the limits of the Security Point at the base it has to be driven without stopping or anyone disembarking from the vehicle till the Upper-Security Point at the mountain’s summit.

However the drive is very picturesque with many beautiful flowering trees and plants giving many splashes of color. The surrounding forest has many rare and endemic trees. The mountain top gives a beautiful view of Sri Lanka, so taking some photographic memories will be helpful.

(SKU: LK60070100) Haputale Highlands from Nuwara Eliya (Private Day Tour) You will be beginning your tour at 7:30 am when you get picked up by your chauffeur...
Book now

(SKU: LK60020200) Nuwara Eliya Highlands from Kandy (Private Day Tour) Highlands from Sri Lanka is a trip for those who appreciate the true beauty of landscapes...
Book now