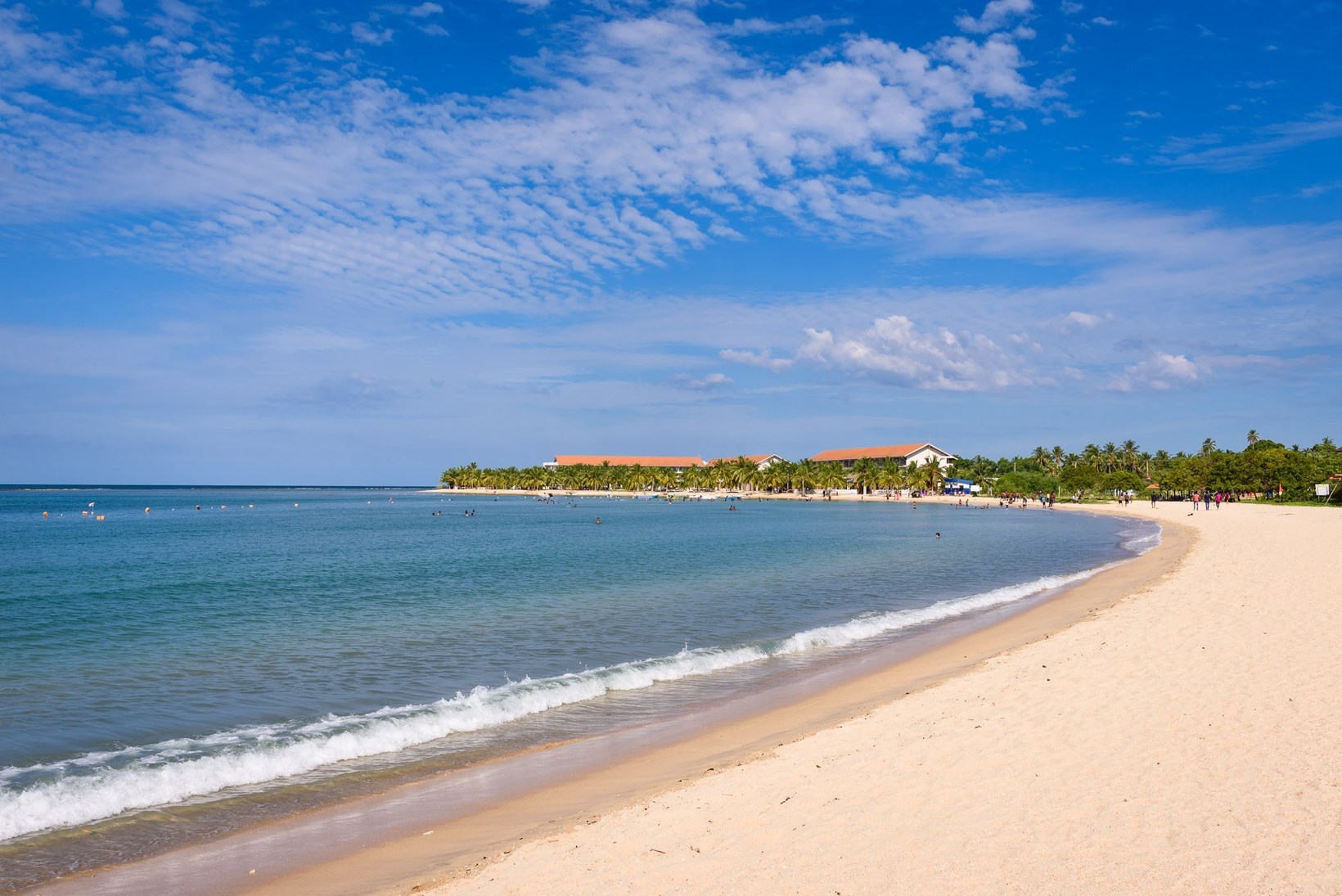 Things to do from Pasikuda

Pasikudah or Pasikuda is a coastal resort town located 35 kilometers northwest of Batticaloa, Batticaloa District, Sri Lanka. Historically a small Tamil hamlet alongside nearby Kalkudah, it used to be a popular tourist destination, however, suffered huge devastation following the 2004 Indian Ocean tsunami and the Sri Lankan Civil War.

Foreign travel to Pasikudah has recently increased due to growth in investment and development. It is home to the Pasikudah Mariamman temple. Pasikudah is easily accessible from the cities of Trincomalee and Batticaloa.

The nearest airport to Pasikudah is Batticaloa Airport, which has scheduled flights operating from Colombo Bandaranaike International Airport.

Batticaloa is a city in the Eastern province of Sri Lanka. Batticaloa is on the eastern coast of Sri Lanka on a flat coastal plain boarded by the Indian Ocean in the east occupies the central part of eastern Sri Lanka. Batticaloa is on the East coast, 314 km from Colombo. The population of 515,707 consists mainly of Tamils, Moors, Sinhalese, Euro-Asian Burghers (specifically Portuguese Burghers and Dutch Burghers), and indigenous Vedda population. Rice and coconuts are the two staples of the district, and steamers trading round the island call regularly at the port. The lagoon is famous for its "singing fish," supposed to be shell-fish which give forth musical notes. The district has a remnant of Veddahs or wild men of the wood. The city has four main divisions.*Pullianthivu: Seat of many government departments and offices, schools, banks religious places, General Hospital, Weber Stadium, and Shops. Nowadays many NGO offices including ICRC, UN, UNICEF, WORLD VISION, etc. are located also.*Koddamunai: Schools, Banks, Sri Lanka Telecom regional office for East, Shops, and many government offices are located. Two bridges called Perya Palam and Puthuppalam are connected Pulianthivu Island with Koddaminai landmass.*Kallady: Here there are many Government buildings and private industries, schools, hospitals, and Eastern University Medical Faculty. Kallady Lady Manning Bridge (the longest bridge in Sri Lanka) connects Kallady and Arasay.*Puthur: This is where the dom

Eastern province has an area of 9,996 square kilometers (3,859.5 sq mi). The province is surrounded by the Northern Province to the north, the Bay of Bengal to the east, the Southern Province to the south, and the Uva, Central, and North Central provinces to the west. The province's coast is dominated by lagoons, the largest being Batticaloa lagoon, Kokkilai lagoon, Upaar Lagoon and Ullackalie Lagoon.