Amongst the busy commercial trade zone of the Colombo Fort region in Sri Lanka are some of the oldest structures of the city. The Old Dutch Hospital with its tropical colonial-era architecture is one of them. The old structure; with its boxy pillars, red clay roof tiles and large central courtyards; was built in the late 17th century by the Dutch. They were influenced by the tropical requirements and the local building style in Ceylon at the time, as is evidenced by the design; which is quite different from European structures of the era. While the building may seem comparatively dull overall; it’s important to feel the echoes of its hstory while visiting.

The building was initially designed as a hospital for the soldiers and personnel of the Dutch East India Company.

The hospital’s close proximity to the harbor also allowed it to serve Dutch seafarers. Paintings from the era show that there was once had a canal running next to the hospital, along what is now Canal Row lane. This canal was filled in by British colonists after their capture of the city.

When it came to facilities; the Dutch Hospital was what could be called ‘top-end’ for the time. There were no beds provided there, as proper beds were not available in Ceylon at the time. Instead, most patients were provided with a reed mat; while the most critically ill or the most affluential personalities were given a straw mattress, which was a luxury in the era. The patients clothing was imported from Thoothukudi (also known as Tuticorin by the Dutch at the time) state in India.

Alleman was the surgeon with the longest service at the hospital; and it has been recorded that he worked hard to improve the conditions at the hospital, including increasing provisions. However, the most famous surgeon to have worked at the Colombo Dutch Hospital was definitely Paul Hermann, who served from 1672 to 1679. Herman has been described as the father of botany in Sri Lanka. He brought about an evolution to Sri Lanka’s medical scene. However, when the British took over from the Dutch, the hospital lost its popularity and was not used any more.

After Sri Lanka received independence, the then empty hospital building was used for a variety of purposes. It was the Colombo Fort Police Station from the early 1980s to 1990s, prior to which it housed the Colombo Apothecaries. It suffered some damage during the Civil  War of the late 20th century and was subsequently abandoned.

It was in 2011 that the Old Dutch Hospital premises underwent a transformation. The entire structure was renovated to its original glory and converted into a shopping and dining arcade.

The Dutch Hospital has five wings and two central courtyards. The wide eaves were designed to be shady and cool; while the entire building was made to provide a comfortable internal environment. Like many Sri Lankan Dutch buildings of the era; the walls are half a meter thick, while the rafters are made of massive teak beams. The upper floor has a wooden floor and can be reached using a wooded staircase in the front wing. In addition, long open veranda runs along the length of each wing of the building.

Paintings of the front and rear views of the Colombo Dutch Hospital, done in 1771 by a Dutch artist, are preserved in the Royal Netherlands Institute of Southeast Asian and Caribbean Studies, in the Netherlands. These show that though the facade of the building hasn’t changed much, the original landscaping has completely disappeared.

The restaurants and stores within the Old Dutch Hospital tend to be more on the high end and expensive. Some of the places worth visiting there are The Ministry of the Crab, with its mouthwatering crab cuisine; Barefoot Gallery Cafe with its colorful handloom fabric clothing, stuffed toys and etc; Spa Ceylon with its fragrant herbal bath and body therapy items, and the Heladiv Tea Club with its delicious teas, cakes and sandwiches. There are also a number of other good stores that open up suddenly in spare spaces, which are worth having a look at. 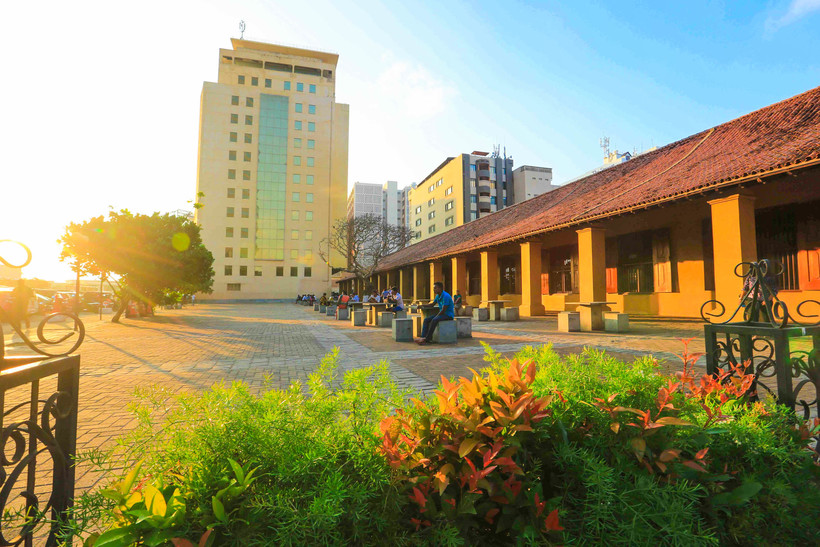 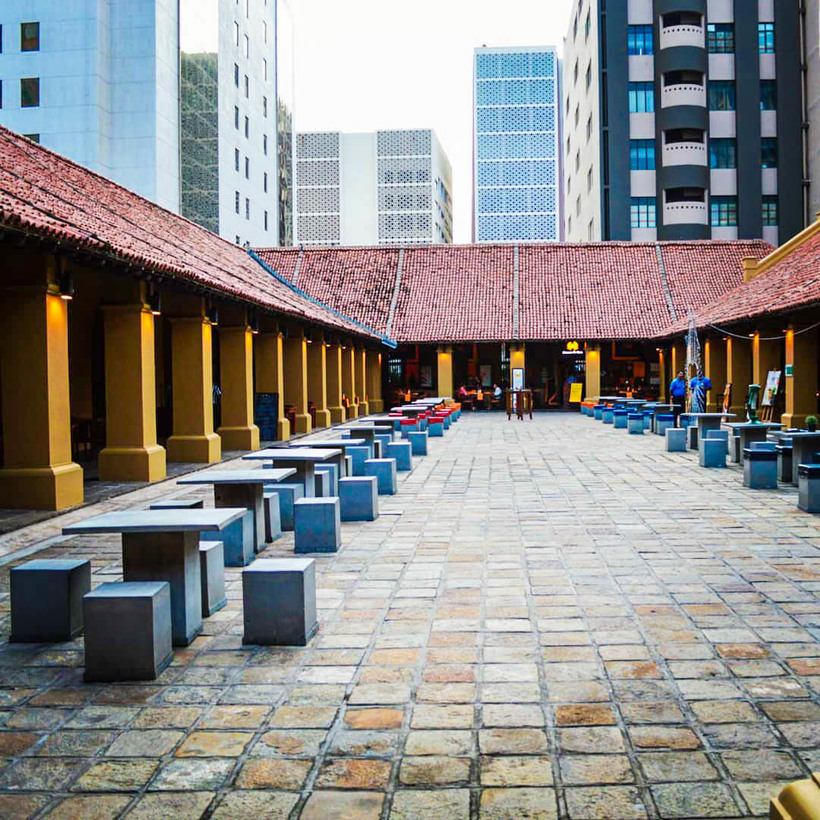 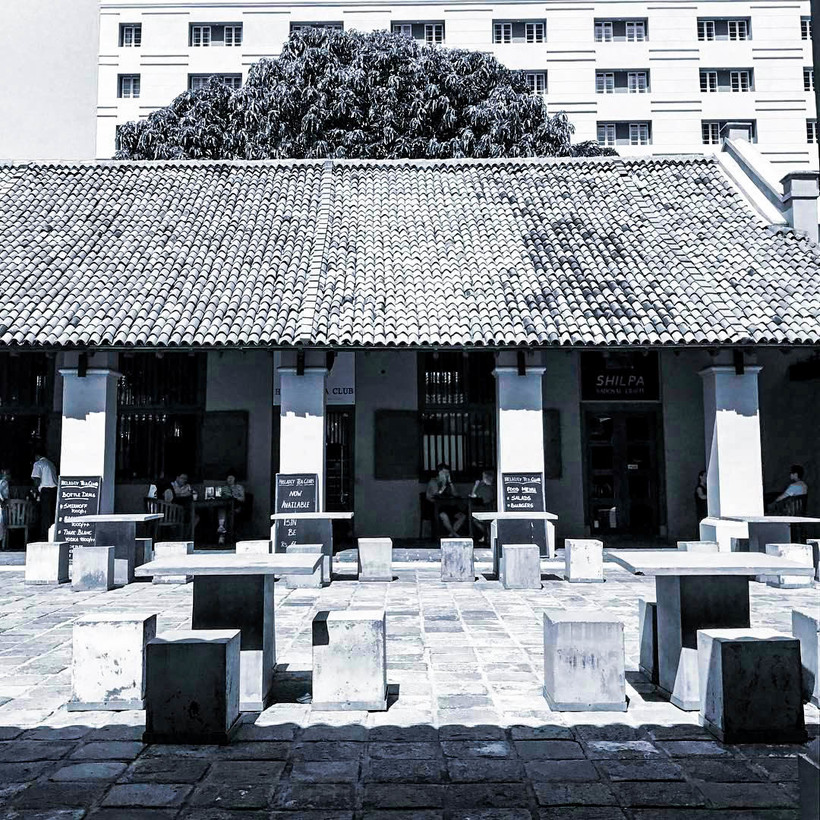 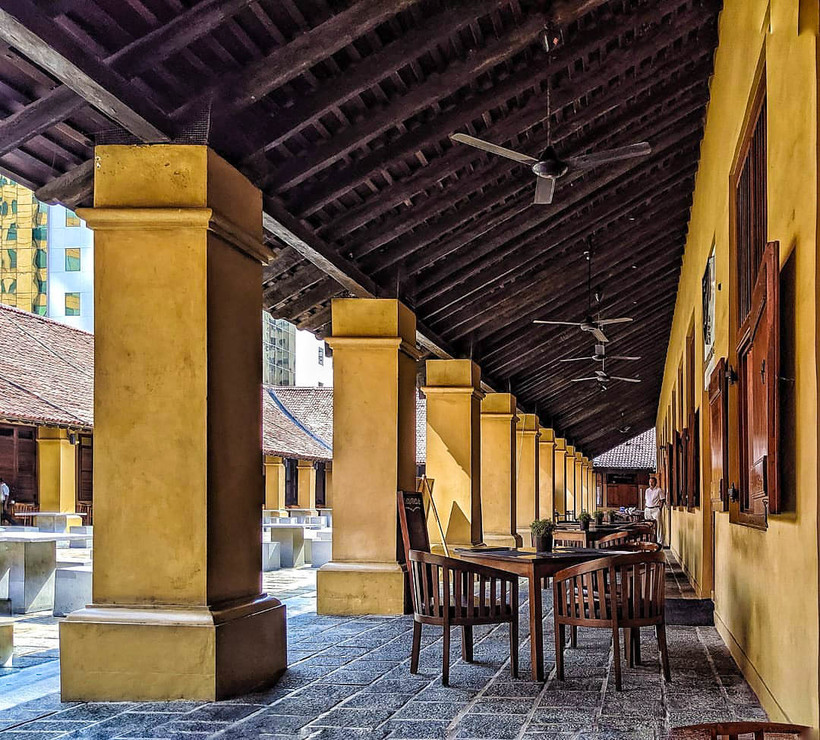 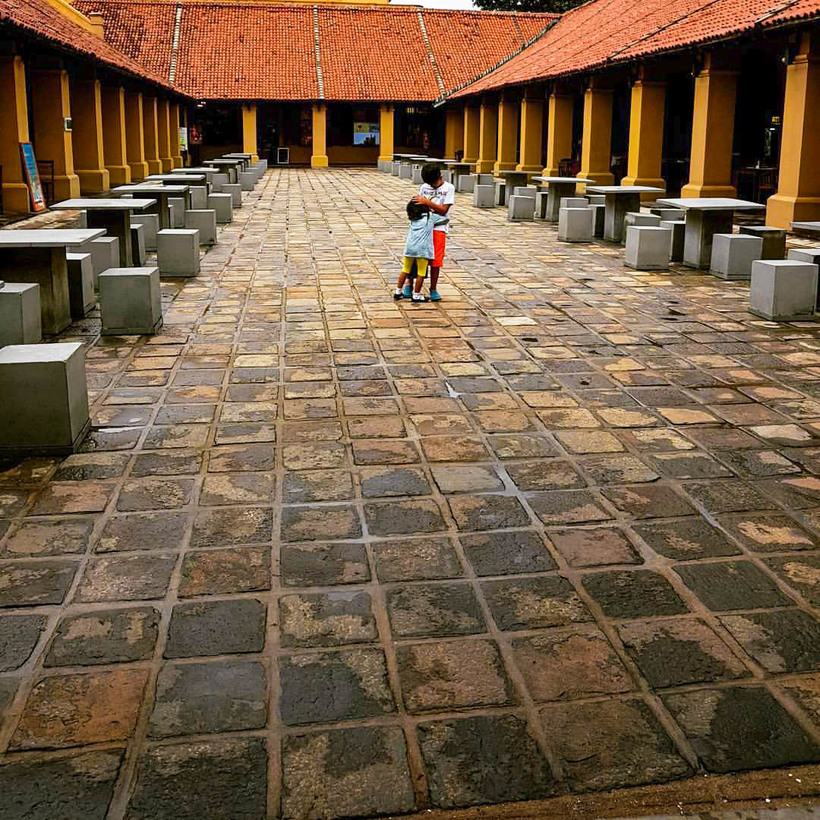 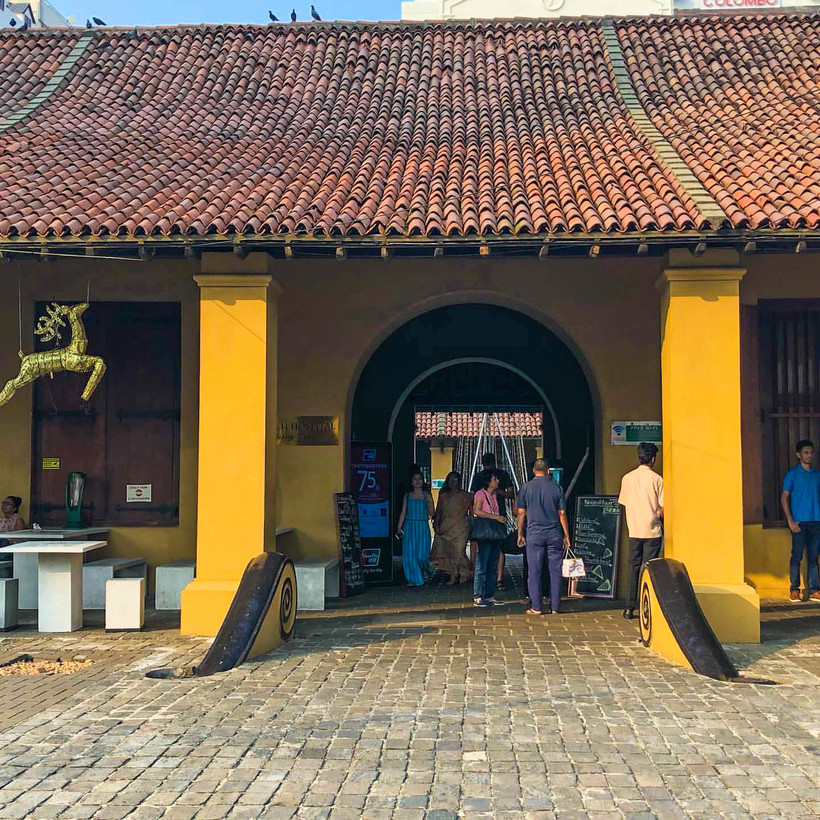