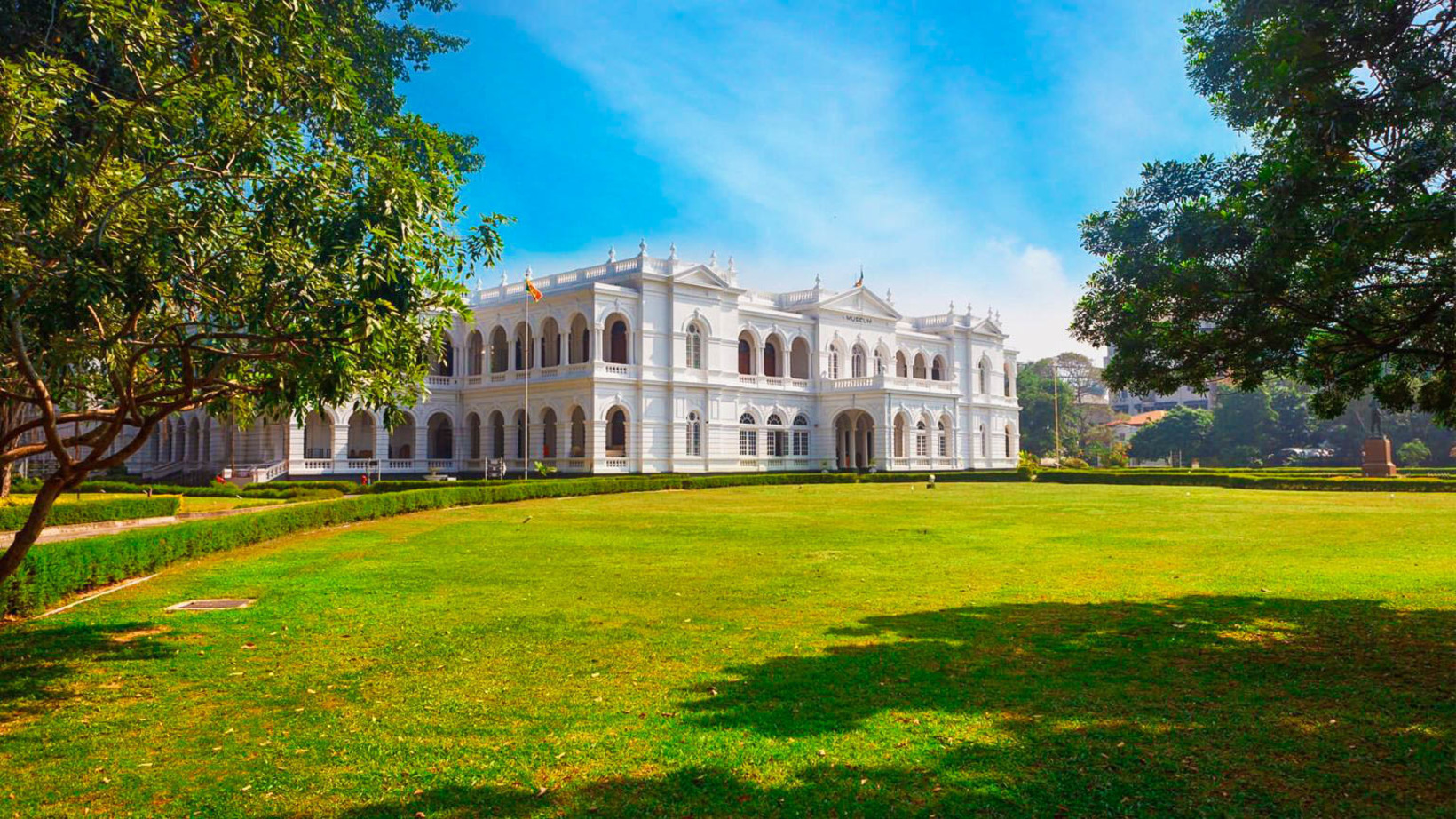 National Museum of Sri Lanka: The House of History

National Museum of Sri Lanka: The Story behind the History

The Colombo Museum was established in 1st January 1877. It was founded by the British Governor of Ceylon at the time; Sir William Gregory.

The architect of the Public Works department, J.G. Smither was able to prepare plans for the new structure based on Italian architecture style.

The construction of the Museum was carried out by Arasi Marikar Wapchie Marikar (born 1829, died 1925, aka Wapchi Marikar Bass. Wapchi Marikar Bass has an extensive resume that made him the perfect man for this immense project. He was the builder of the General Post Office in Colombo, Colombo Customs, Old Town Hall in Pettah, Galle Face Hotel, Victoria Arcade, Finlay Moir building, the Clock Tower, Batternburg Battery and many other buildings some of which are still standing today. The construction was completed in 1876 and commissioned to be opened the following year. The completed building of the Colombo Museum was declared open by Governor Gregory, in the presence of a large crowd.

Several other wings were added from time to time under the direction of Dr. Arthur Willey and Dr. Joseph Pearson new structures were built during the period of Dr. P. E. P. Deraniyagala, Dr. P. H. D. H. de Silva and Sirinimal Lakdusinghe. One of the natural history museum, and yet another consists of the auditorium.

The museum was given the status of a national museum during the period of P. E. P. Deraniyagala. Under his supervision branch museums were opened in Jaffna, Kandy, and Ratnapura and a fully-fledged department of national museum was established in 1942 under the act No. 31. Nine branch museums were ultimately opened, and a school science program and a mobile museum law essay writing uk service are also in operation.

Along with the Colombo National Museum the Library was also established in the 1st of January in 1877. The Government Oriental library (1870) was incorporated in to Colombo National Museum Library, and served as the nucleus of the library collection by collecting the local publications during the past 129 years.This huge collection of the library could be separated in to various groups according to the document type.

2. Printed books and Pamphlets, This collection comprises the entire range of documents from the first work printed in 1737 to the latest book.

3. Periodical collections such as Journal of the Royal Asiatic Society (CB), Ceylon Antiquary and Literary Register, Young Ceylon etc. The collection was built up to a great extent by exchanges received from the institutions in all parts of the globe. Foreign periodical collection contains important titles such as discovery reports, Ray Society publications among many others.

The Photography Division of the Department of National Museums was established in 1950. Photographs related to the museum objects supply to other divisions of the department and external parties is the main task of this division.
Services of this division are:

Photograph museum objects, faunal and floral specimen, geological items and supply photographs to the relevant divisions where necessary. Sale of photographs of museum objects to external parties with the orderly approval from the Director. Negatives, photographs taken by the digital camera store on CD’s, registration and conservation.

The Information Technology division of National Museum of Sri Lanka is used to archive the all the data in the Museum and save it in a safe form. It also takes care of online queries and maintaining the museum web page.