More than 2100 years old, Mirisawetiya is one of the most ancient Dagabas in Sri Lanka . Built by the great king Dutugemunu, this Maginficant Structure is a must see for any visitor to the sacred city of Anuradhapura .

It is believed that the great king Dutugemunu made many wishes here that have come true during his lifetime.

King Dutugemunu built it as a Dagoba of the “Mahavihara” fraternity but as the monks started living there, it sees that Mirisawetiya developed as a separate monastery.

It is rumored that the King once forgot to offer a pod of chillie to the Monks before eating . As a token of apology, it is said that the King named the Dagaba Mirisawetiya.

Another theory is that ‘Mirisawetiya‘ is the ancient name of the village on which the dagoba was built (Ref: “Ancient Anuradhapura by Prof. Anuradha Seneviratna”).

The Dagaba’s Period of Ruin.

The next centuries saw the complete disintegration of the dry zone civilization which lead to the shifting of the Rajarata Kingdom . For the next seven hundred years, the Dagaba lay in ruins.

When the Englishman Henry Parker saw the Mirisawetiya in 1873, he saw nothing but a mound covered with large trees and tangled undergrowth. Anuradhapura’s first government agent J.F Dixon , with the help of Mr Smither, first cleared the area surrounding the Dagaba. In the process Smither examined the dagaba and found a magnificent ?Vahalkada?(frontpiece) and measured the dagaba at a height of 200 feet. At that time they found an image house to the west of the Dagaba. Later on Dixon became the president of the Royal Asiatic Society’s Ceylon Branch and with the help of a Rs. 1000 donation from the Society, enabled excavations around the Dagaba under the supervision of Mr Burrow.

The unparallel artistic value of the “Vahalkada” is said to be the main reason that so much notice was taken of Mirisawetiya.

During the excavations they hoped to find image houses similar to what they found on the Western side, on the other three sides too . However, when they found that the image house on the eastern side was destroyed, they got discouraged and stopped the work.

Excavations started again in 1883 and at that time they found the ruins of two image houses in the northern and southern sides of the dagaba.

Using a grant obtained from the King of Siam (Now Thailand),for Rs. 12,500, a renovation was begun in 1888 but could not be completed. 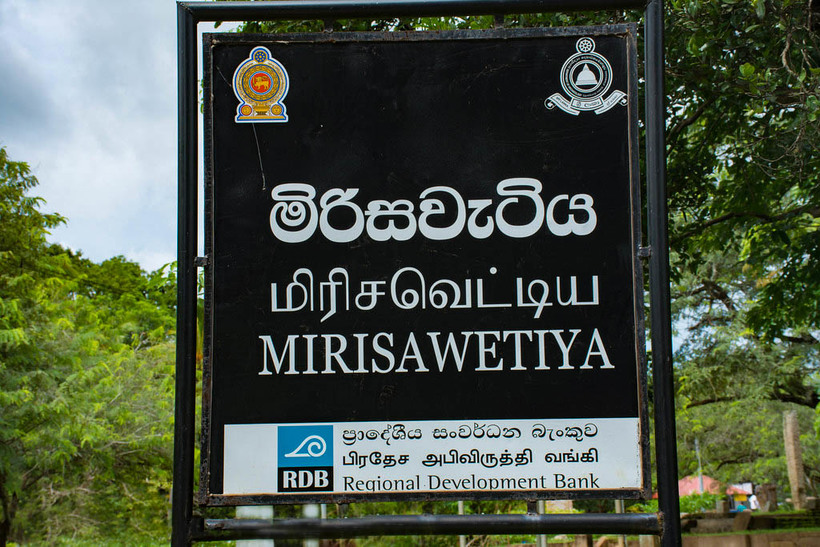 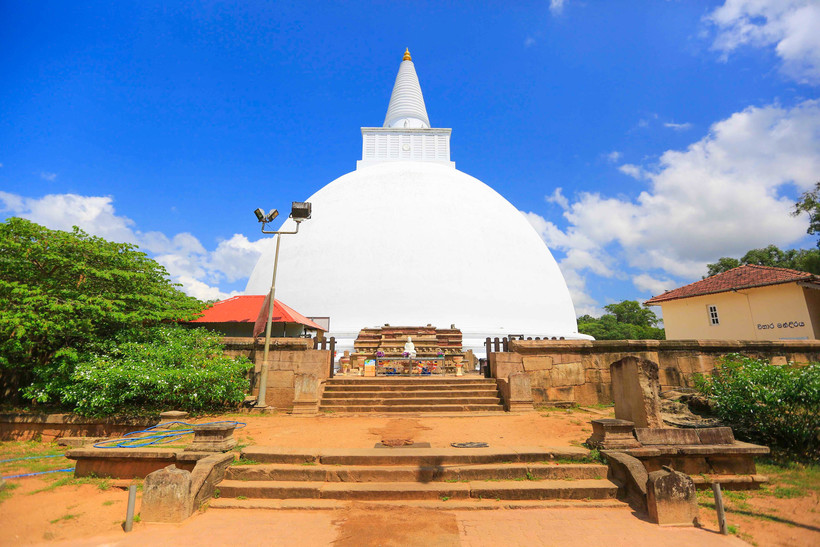 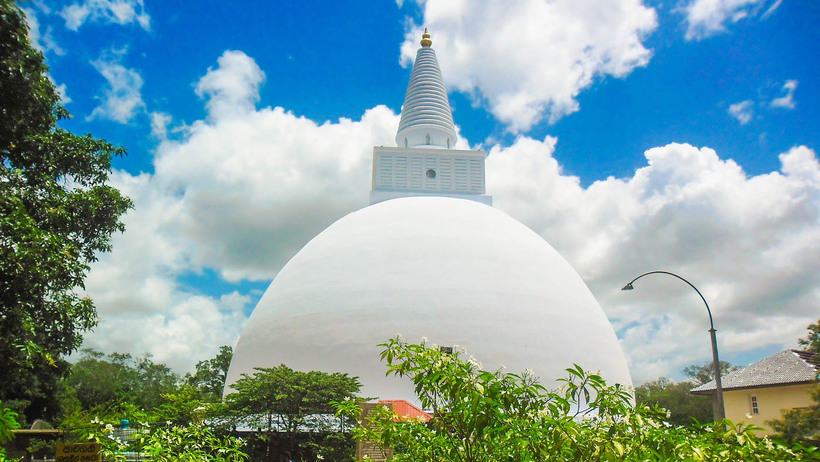 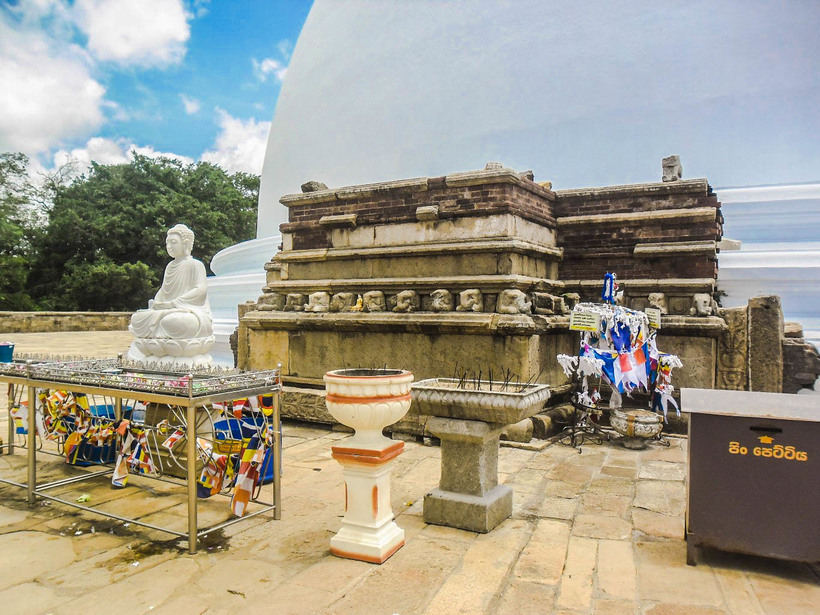 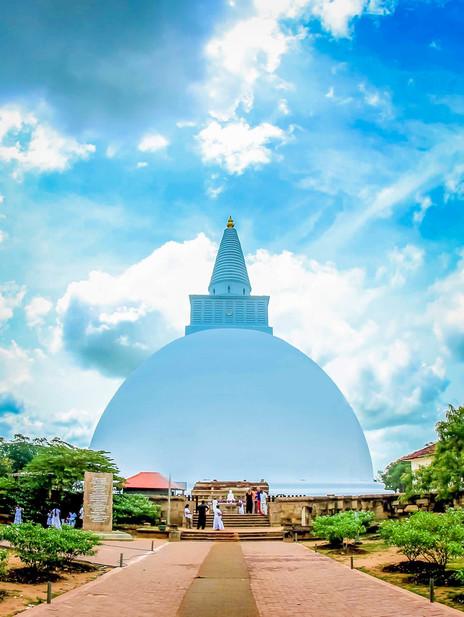 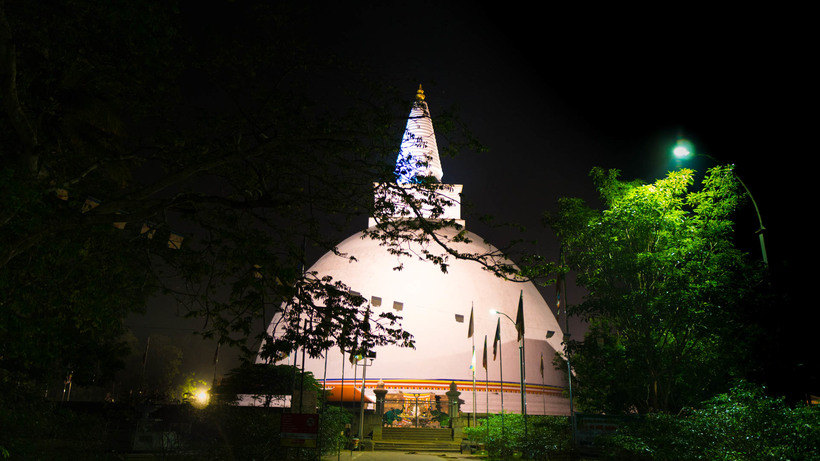