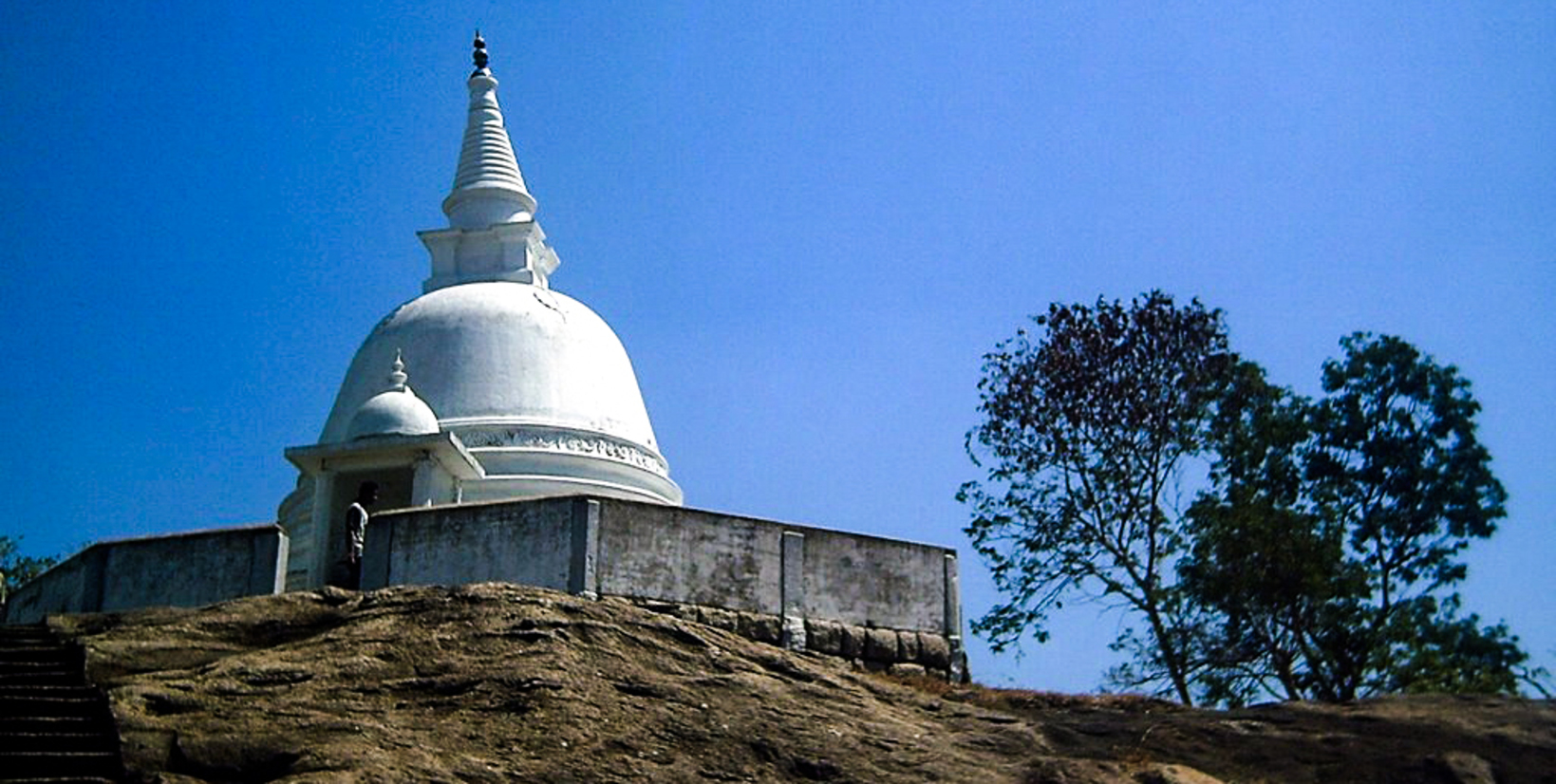 The history of the Maligathenna Temple is believed to date back to the Anuradhapura Era; between the 4th century BC to the 11th century AD. Brahmi rock inscriptions found in the nearby Varana Temple and Pilikuththuwa Temple state that they were used as an abode of ancient Buddhist monks; suggesting that Maligathenna, being in the same area, may also have been used for the same purpose.

According to legends this temple was an important hiding place for many kings and their ministers during enemy invasions, and stories of these are spread throughout the neighborhood. One of the most prominent of these tales details the chronicles of King Valgamba I. After the Cholan army invaded the Kingdom of Anuradhapura, Valagamba escaped and had to run from place to place seeking protection. It is believed that the Maligathenna Cave Temple was one such place, along with the other nearby cave temples. Some of the drip ledges (carved along the edge of a cave’s overhanging entrance so that rainwater doesn’t penetrate the cave) carved at the caves in Maligathenna are regarded to be the King’s signature creations.

Other folklore state that this temple was the first place where the Holy Tooth Relic of Lord Buddha was hidden. As the story goes, it happened during the era of the Kotte Kingdom when the country was invaded by the Portuguese. The country had by then lost its unity, and was divided into several kingdoms, Kotte, Sithawaka and etc. Disaster happened when the Kotte king, Don Juan Dharmapala embraced Christianity. Other religions and their important holy symbols were ordered to be destroyed; and the King of Sithawaka, Mayadunne immediately sent a message. The person who received the message was the Village Head of Hiripitiya, Diyawadana Nilame. He read the message; which stated that there were disturbances in Kotte and told him to take the Tooth Relic of Buddha to the middle of the country for safety. And so, the Tooth Relic narrowly escaped destruction. As the story goes, the first stop on the Tooth Relic’s journey was Maligathenna, before being carried to Delgamuwa and finally to Kandy. In fact, it is believed that the name ‘Maliga’-thenna was derived due to the Temple having been a temporary haven for the Holy Tooth Relic.

A Guide to the Temple

The temple of Maligathenna is reached by way of an ancient flight of stone stairs. Along the way, picturesque views of the village of Waturgama with seemingly tiny houses and lush greenery become visible. The Temple is built atop a giant rock, and presides over the landscape majestically.
On entering the grounds of the temple, a collection of both old and new structures can be seen. With the passing of time, several buildings faced dilapidation; and devotees have lent a hand in renovating and rebuilding these structures to safeguard the Temple. While some information regarding these attempts were documented, most of it has been lost in the mists of time.

Before viewing the temple it is important to understand its underlying design. Maligathenna Temple is divided into two main levels called Pahala Maluwa (lower level) and Ihala Maluwa (upper level). The Pahala Maluwa of the Temple is composed of the monks’ quarters, meditation centre, main shrine, an outdoor and indoor promenade (Sakman Maluwa), a bo tree, an ancient temple and a stupa known as Sri Devaraja Aakasha Chaitya Rajaya. The Ihala Maluwa includes a stupa, bo tree and pond.

It is best to start with Sri Devaraja Aakasha Chaitya Rajaya, which was recently renovated. As a result it is gleaming white with red trimmings as opposed to its previously unpigmented walls. A rocky staircase with a white handrail has to be climbed to see this stupa. After coming back down, going to see the Bo Tree is an experience in itself. To get there one has to pass through a narrow canyon with tall rock cliffs rising on either side. There are occasional vines hanging here and there; and the path passes through a small cave in the cliffs along the way.

The next place to see would be the Meditation Centre. There are several caves in the grounds of the temple. Many of them are used for various purposes and are divided into three levels, the largest being the main meditation centre. This meditation centre is also connected to the Main Shrine. This shrine has vibrantly colored paintings relating various stories of Buddhism.  One of the more shudder-worthy sights is that of a skeleton hung up in a sheltered nook at the back of the meditation centre cave. It is said to be meant for people to meditate on the transient nature of life and the inevitability of death.

The newly renovated indoor promenade and the ancient outdoor promenade were used as meditational and prayer tools by the monks who lived there. They walked along these promenades chanting their prayers daily. The pièce de résistance of the Lower Level structures, however, is the ancient Temple with its solid granite door frame and crumbling walls; attesting to its antiquity. Despite the seemingly basic design of the door frame, a closer look shows delicate engravings showing care and skill. As per the view of the archeological professor  Senarath Paranavithana, the frame may be from a period as old as the 8th century AD.

Adjacent to this Temple is a large piece of stone with 25 square cubby holes. These hollows are sealed with other stone pieces. This is the Nidan Gala or the ‘rock of treasures’. However, it would be more appropriate to call it a ‘rock of relics’. This rock was used to store small funerary relics of ancient religious dignitaries who lived and died in this temple.

After the Pahala Maluwa, the next place of exploration would be the Ihala Maluwa, which is apparently positioned at the highest point of the Gampaha District. The climb up to the top is difficult, with several pointy rocks that are difficult to navigate barefoot (footwear is not allowed within the temple). One has to follow a path that passes by a few caves and is punctuated by stone stairs and rocks at certain points. At times, the only way to continue and avoid a dangerous fall is to use the nearby rocks to push yourself up precariously. Make sure to take a water bottle as this stretch is quite tiring, and you will need rest stops.

On the way you will come across a wind gap called the Old Degaldoru Kurubil Stone Steps. As the story goes, a monk named Mittasabha, from over a millennia ago, attained nirvana here after having lived in the Temple for seven years. After passing a stand of trees you will find yourself at a great viewpoint with the entire district of Gampaha spread below you. This is a great place to take photographs. Not far from this point is a final flight of stone stairs carved into the rock that leads towards the upper stupa.

While climbing upwards you will encounter an ancient rock pond filled with water lilies and an old Bo Tree on a terrace with some other smaller structures. This Bo tree is over a century old. According to legends this terrace was the location where the Tooth Relic was enshrined while in Maligathenna. The tale goes on to say that a monk from Nittambuwa, who lived in the Temple about a century ago, planted the Bo Tree and used the bricks and stones from the broken foundation of the old Tooth Relic shrine to build the terrace. There is also a stupa like structure here, that is considered to be the upper pagoda. The lily pond has some very interesting legends surrounding it. Stories state that the pond has a never-ending depth and that it doesn’t dry out no matter the climate. Rumors also speak of a treasure hidden at the bottom of the pond if one can manage to find the base.

In addition to these sights this plateau has some of the best views, so don’t forget to take some photographs. 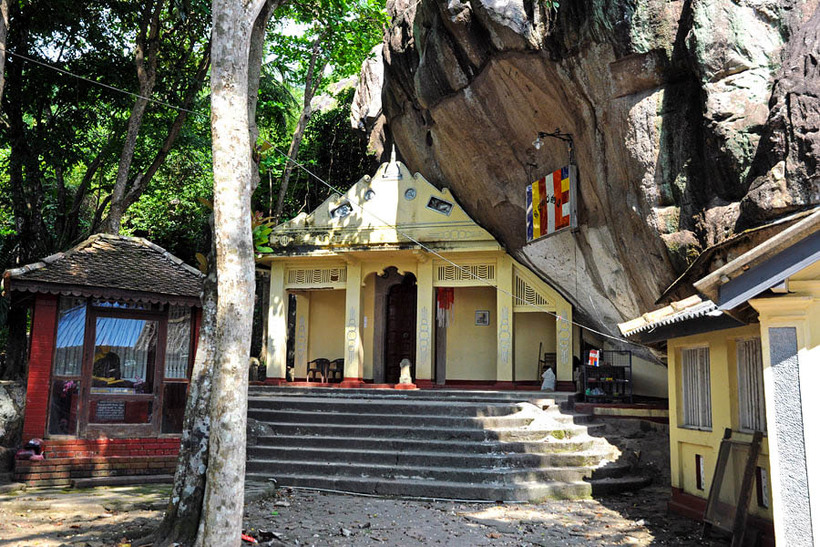 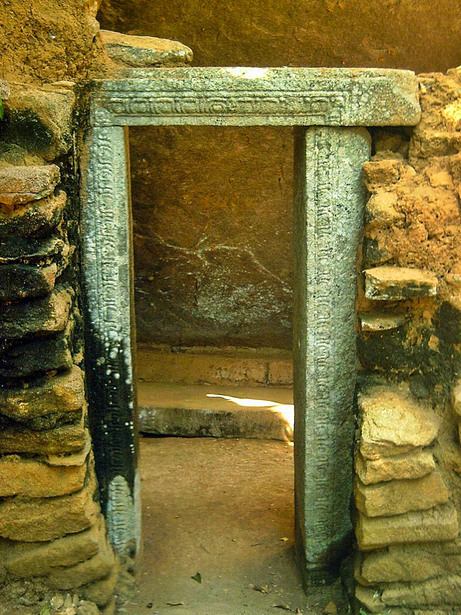 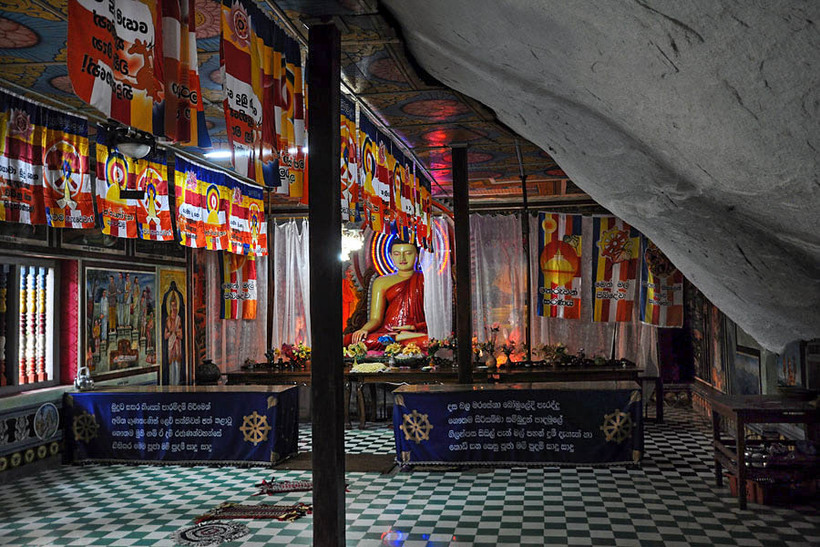 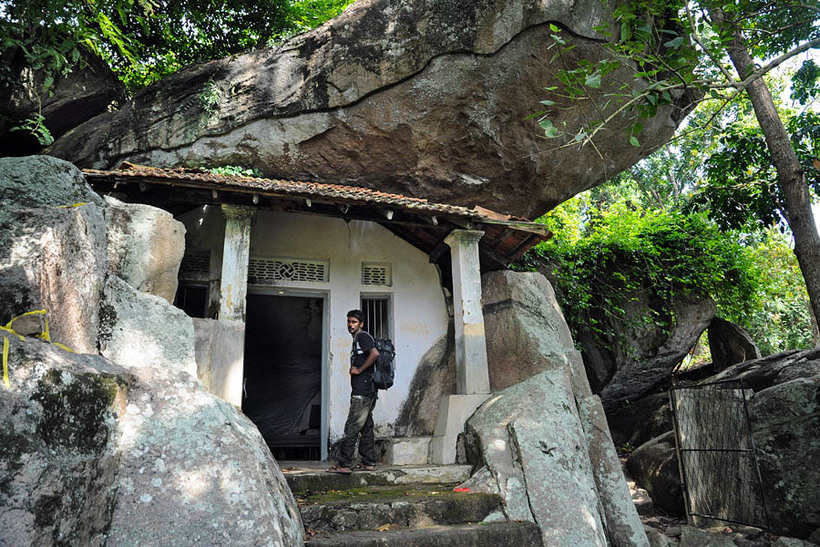 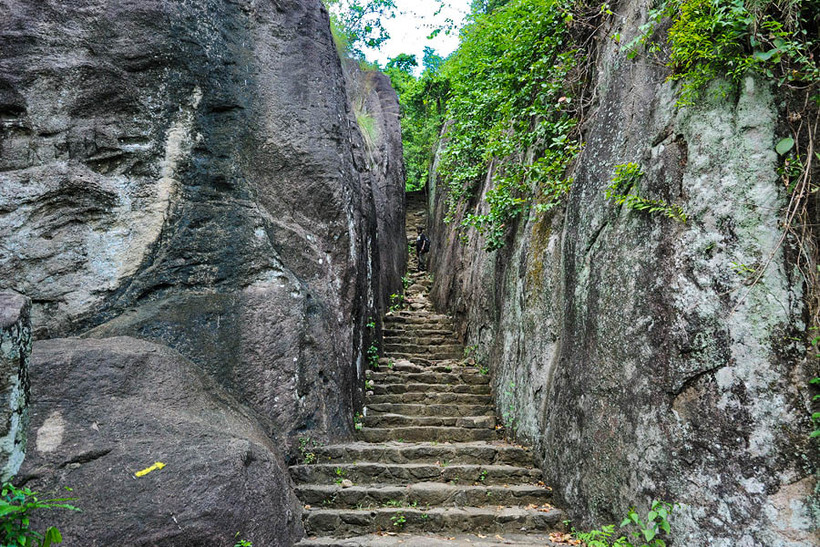 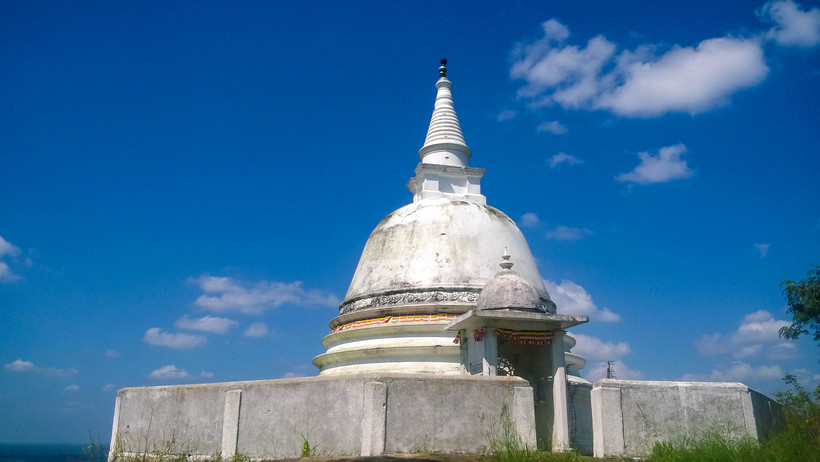