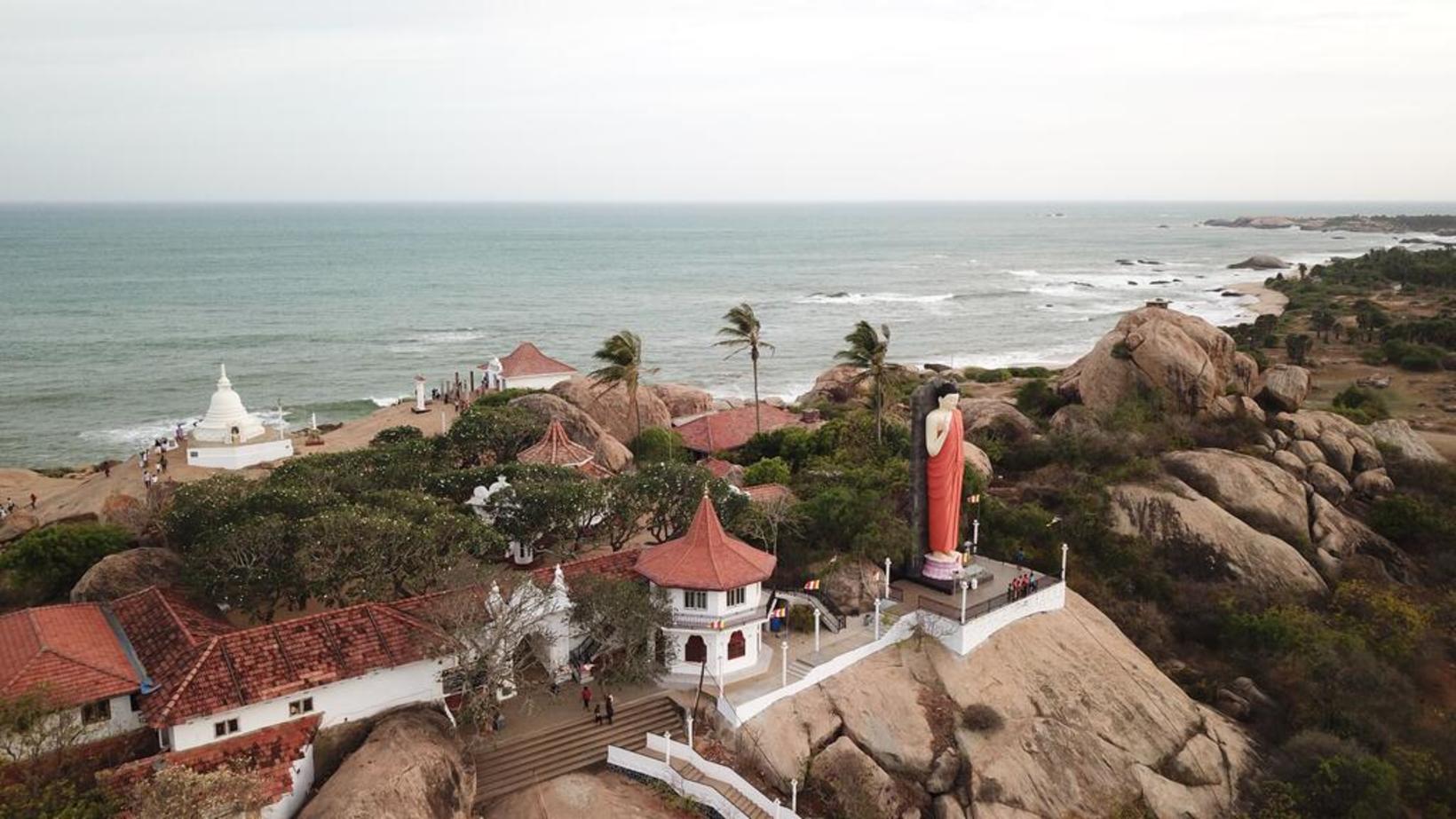 Ground or air transfers from Kirinda city to different airports or cities.

Location: Kirinda is located 251 km south of Colombo, in the southern province of Sri Lanka.

Reaching Kirinda: Kirinda, whose location could perhaps be described as the furthermost corner of the Southern coast, can be reached from Tissmaharama: the travel distance is 13 km.

The Basses offers the best snorkeling and diving in Sri Lanka. To the land side, the views from the rocky outcrop at the beach are even more spectacular:along the beach is long stretch of sand dunes along the beach; to the interior, looming over the landscape is the glistening dome of Tissamaharama Dagoba.

Local tourists at Kirinda: As Ruhuna Yala National Park has become the convenient wildlife safari for the local pilgrims at Kataragama and Tissamaharama, Kirinda has doubled the joy by being, at once, a beach venue as well as a popular historical attraction.

Kirinda in History: Kirinda is deeply associated with the history of Sri Lanka. It is the beach where a princess from Ruhuna was swept in following a phenomenon which threatened to sink the whole island. The princess who sacrificed herself to the sea, to appease the angry gods and save her land, went on the become Queen Vihara Maha Devi, mother of "The hero of the Nation", King Dutugamunu, who rescued the nation from the marauding invaders from the southern India.

A modern statue of hers is erected on a rocky outcrop at the beach of Kirinda.

Diving at Kirinda: To the experienced divers, Kirinda is an exhilarating diving location. The best period for diving is during Middle of March to middle of April, of course a very narrow period.

The off-shore reefs called Basses offers the best snorkeling and diving in Sri Lanka during the Period from October to April. Several shipwrecks are to be found here.

Accommodation at Kirinda: Kirinda is home to a several high-end hotels as well as budget guest houses to those tourists who enjoyed the visit to Yala National Park, Tissamharama and Kataragama.