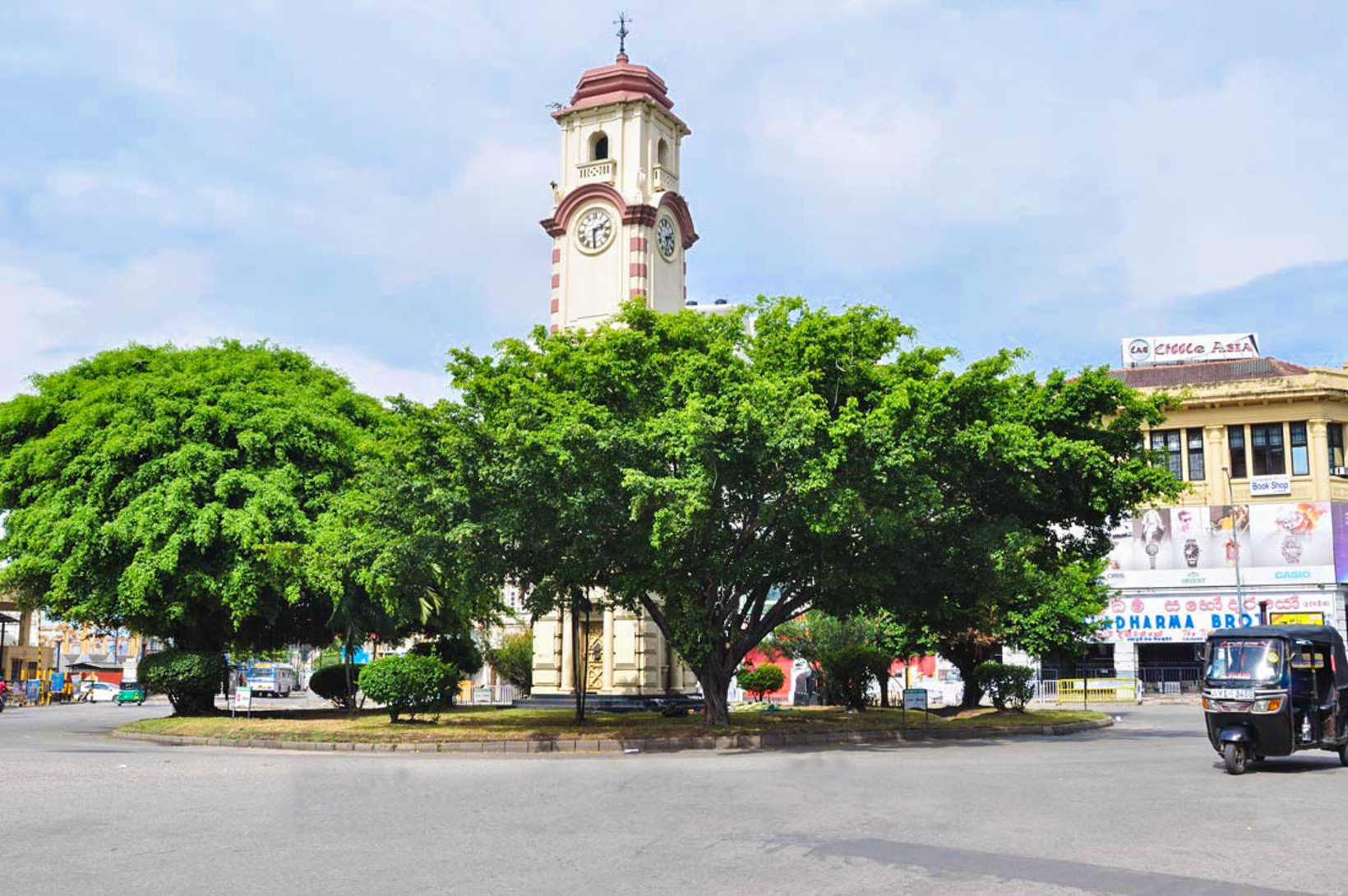 As you enter the City of Colombo from the Colombo Harbour, the first thing you would encounter is the sprawling Pettah Market. Filled with all the bright colors, noise, bustle, and pungent smells; the market is the biggest and busiest market on the island. All the goods that are brought in from the ships pass through the market, and as a result, you can find almost anything and everything here.

Guarding the entrance to this industrious zone is a century-old clock tower known as the Khan Clock Tower. The tower was built in the early 20th century by a Parsi family of the name Khan.

The Parsis were essentially Persians who had migrated to India around the 7th century AD for fear of religious discrimination when the Arabs invaded what is now Iran. Many settled in Gujarat. Their older roots segregated them from the modern Zoroastrian Indian community of Iranis who only arrived in the 19th and 20th century. The Parsis were often traders and had business interests in the nearby communities.

The Khan family were a particularly illustrious Parsi family who had many trade interests in Ceylon, as Sri Lanka was then called. They owned many large businesses, including the Colombo Oil Mills, which was quite famous at the time for producing many varieties of high quality oil.

In 1878, the patriarch of the family – Framjee Bhikhajee Khan – passed away leaving his two sons to take over the family’s trade. They successfully grew their businesses achieving fame and fortune over the next several decades. But they never forgot their father, who taught them so much and made them who they were.

In the year of 1923, they built a clock tower and fountain in his memory, close to where he loved to work. On the base of the clocktower an inscribed plate was attached. It said: "This clock tower and fountain was erected to the memory of Framjee Bhikhajee Khan by his sons Bhikhajee and Munchershaw Framjee Khan as a token of affectionate gratitude and dedicated through the Municipal Council to the citizens of Colombo on the fourth day of January 1923, the 45th anniversary of his death.”

The four-story tall tower remains there to this day on a landscaped roundabout. The water fountain that’s attached to it has long stopped working. But clock tower continues to function. A rock solid memorial to the love and affection of family.