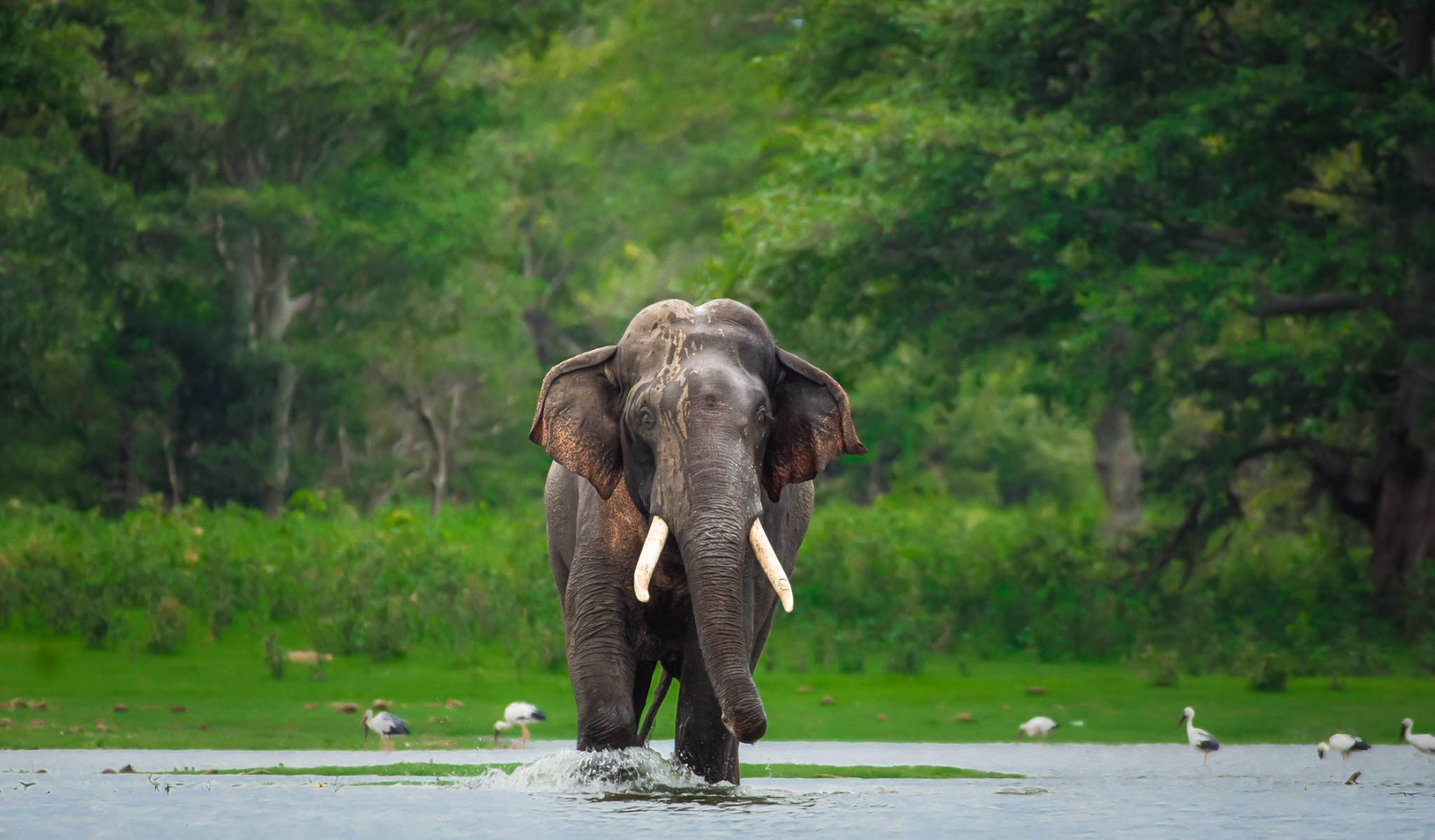 Adding another national park to Sri Lanka’s protected areas, the government declared the wilderness around Kalawewa and Balaluwewa a sanctuary.

The Kalawewa reservoir was built by King Dhatusena who ruled the country in the fifth century. He also built the Balaluwewa and linked them to make a very large tank to be used for ancient agriculture.

These tanks were renovated and now hold water all year around, attracting wildlife.

In the case of elephants, as happens at the Minneriya and Kaudulla tanks where the “Gathering” of elephants takes place as the water levels drop in the dry season, the tank bed becomes lush grassland, providing the animals with fodder.

As the Kalawewa-Balaluwewa complex is fairly shallow, the effect is more noticeable.

GPS radio-tracking of a female and male elephant by the Department of Wildlife Conservation and the Centre for Conservation and Research has shown that some of the herds remain in the vicinity throughout the year.