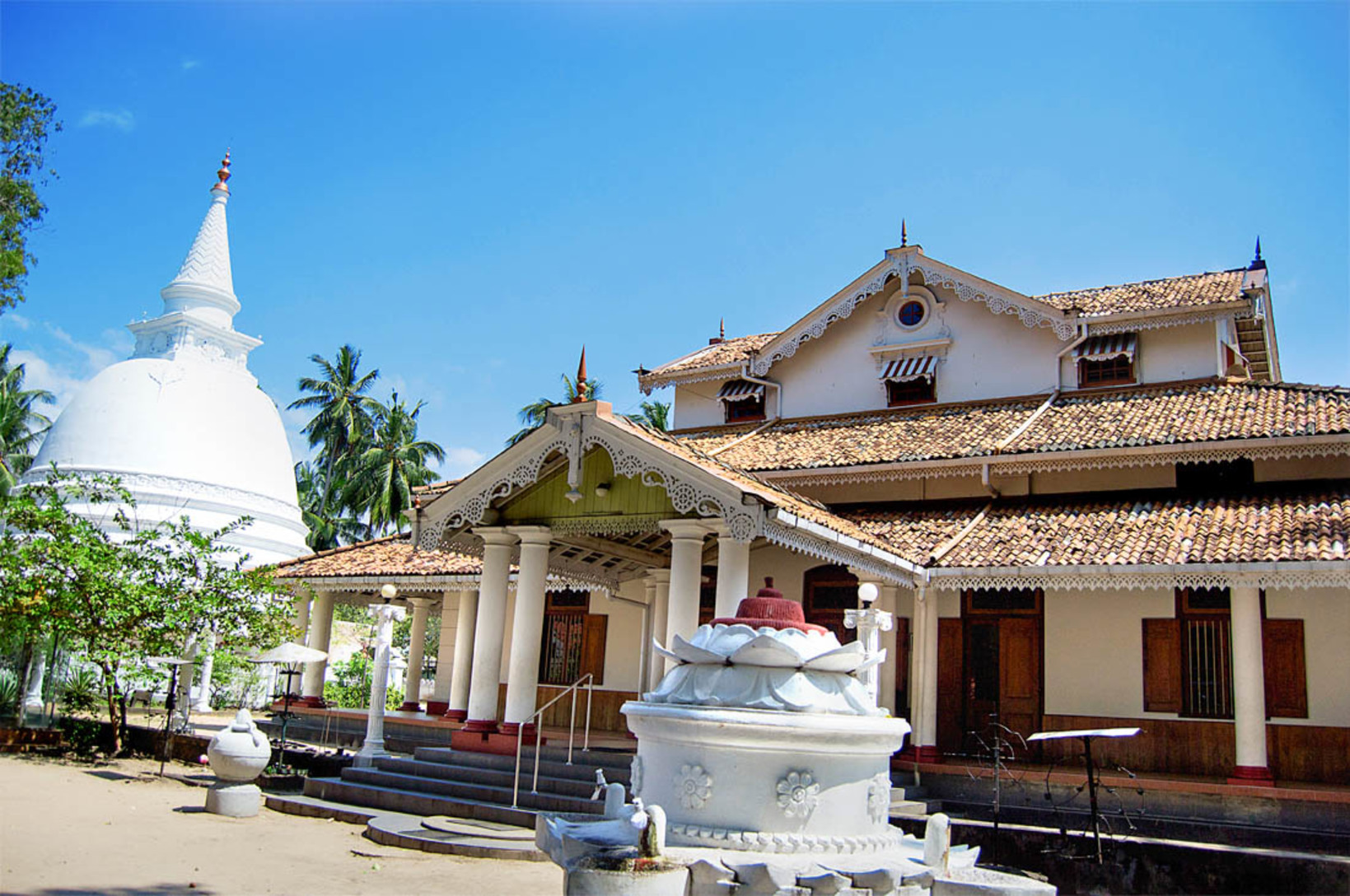 Colombo is Sri Lanka’s capital, the center of trade and commerce for the entire country. It’s also one of the most populated cities on the island. Walking through the streets of Colombo, its quite hard to remember that the capital is a comparatively young city. It’s oldest buildings are only a few centuries old at most, and not at all comparable to the millennia-old structures that spread across Anuradhapura, Polonnaruwa and many other places within Sri Lanka. Therefore, it comes as no surprise that its oldest Buddhist Temples are only a century old or so.

Isipathanaramaya located in Havelock Town (Colombo 05) is one such Buddhist Temple that’s one of the oldest within the city. It was built in 1916, by a wealthy merchant named Duenuge Disan Pedris in the memory of his late son Captain Henry Pedris, who had been executed by the British on false allegations of incitement of the racial riots in 1915.

As the story goes, that was the year of the Sinhala-Muslim riots that started in Kandy because of reports of a group of Muslims throwing stones at a Buddhist event. It spread across the island like wildfire, and British governor came to the verge of losing control of the population. He declared martial law, and ordered a death-without-trial order on any person deemed a rioter. Unfortunately the illustrious and well-known Captain Henry, had been the object of envy for many locals. One of them, Solomon Dias Bandaranaike, who was the main native translator decided to use this opportunity to get rid of this thorn that threatened his power. He created false charges that Henry was involved in the riots and the Captain was branded traitor and executed without trial. His body was buried in dishonor, much to the distress of his family. It was only several years later that the truth came out and the late Captain was cleared of his charges.

In the meantime, Henry’s grieving father – who had been having high hopes for his heir, built a temple in his memory on a 2 hectare piece of land that had been part of the family’s properties since 1905. He also did several other good deeds that would pass on the name of his son Henry Pedris down through history, despite his early death.

Duenuge Pedris spared no effort or money when building the temple. It was built with a mixture of traditional elements and the architectural trends of the era. The murals and statues that decorate the temple are a major part of Isipathanaramaya’s attraction. The paintings were done by Master Artist Sarlis in 1920-21, and are traditional designs of Buddhist religious significance. However, they have gained prominence due to the unique, exuberant and realistic style that was used.

The temple slowly gained fame. It reached such extent that in the 1950s the street that the temple was located – Greenlands Road, and the school down the same road – Greenlands College, received a name change to Isipathana Mawatha and Isipathana Maha Vidyalaya respectively.

Today, the overall layout of Isipathanaramaya remains in its original state, with its old colonial era building, brilliant white stupa, and shady Bo Tree. The main building is beautifully maintained preserving its history. One of the most recent additions was the 12m tall standing Buddha, built in 2016 at a cost of Rs 4.5 Million.

Isipathanaramaya is well worth visiting for its historical connotations and beautiful murals. 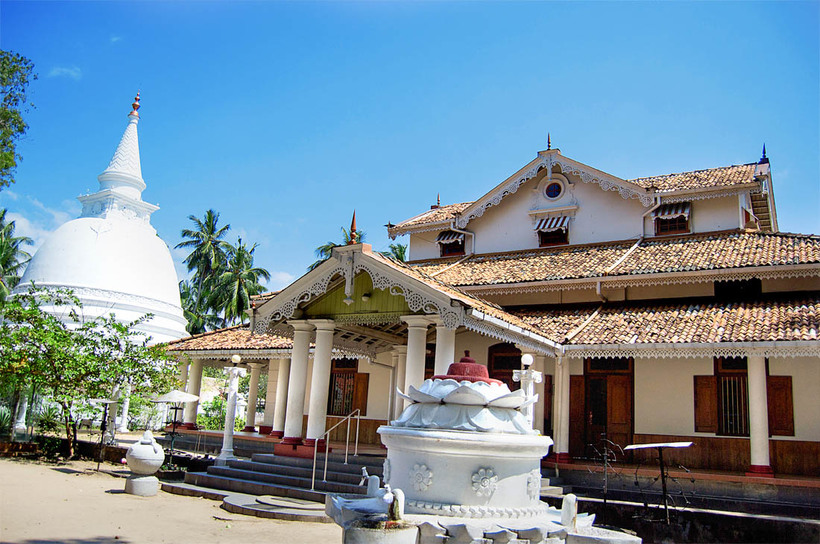 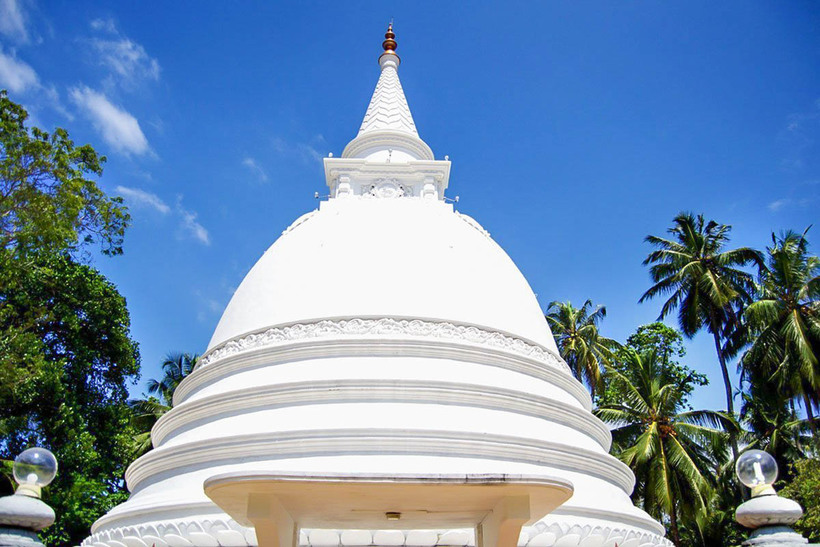 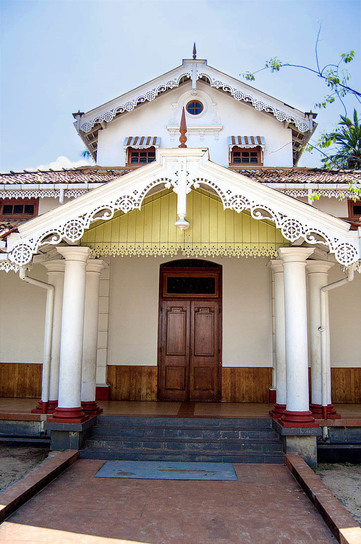 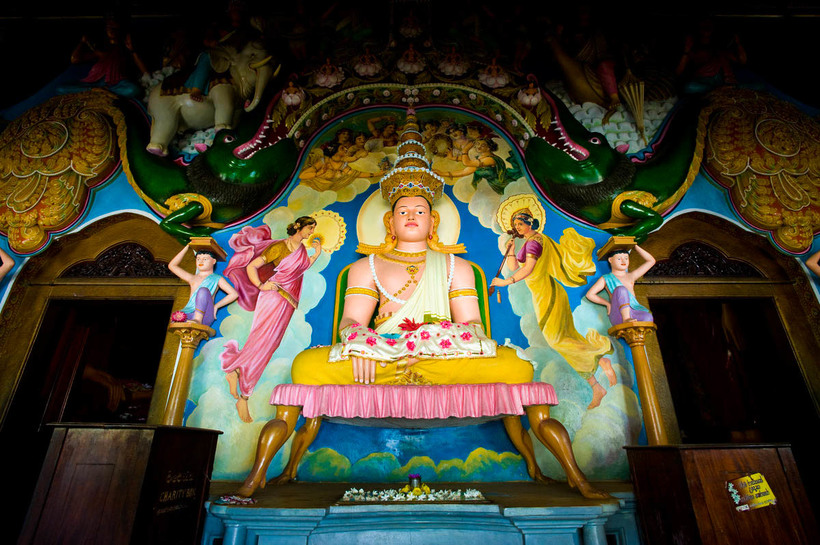 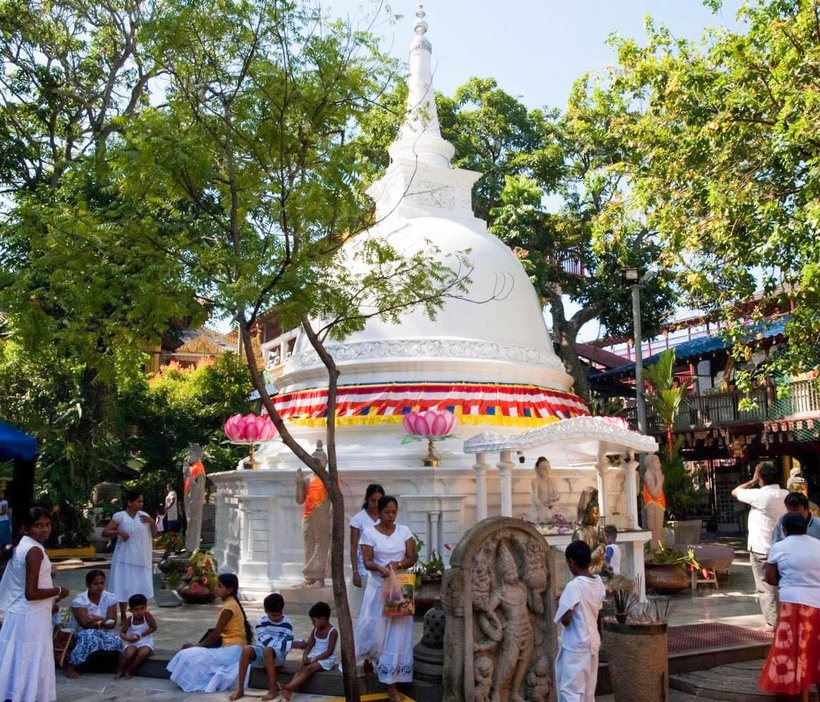 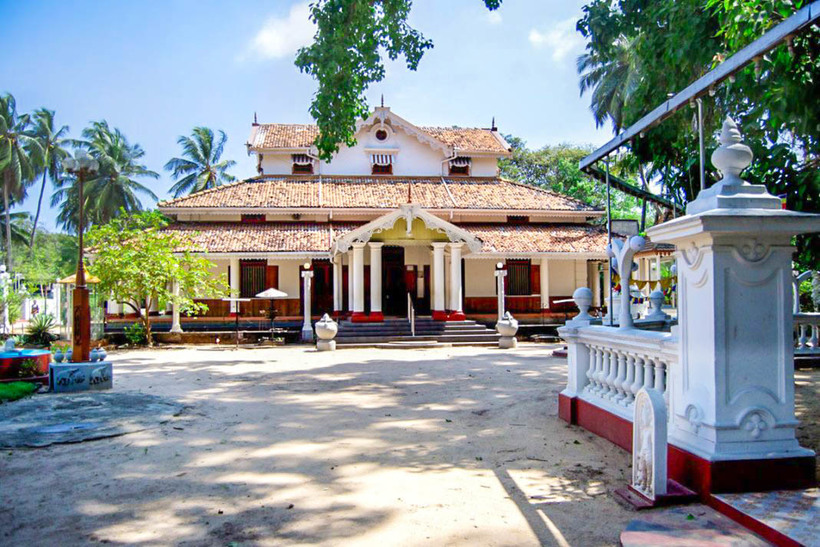