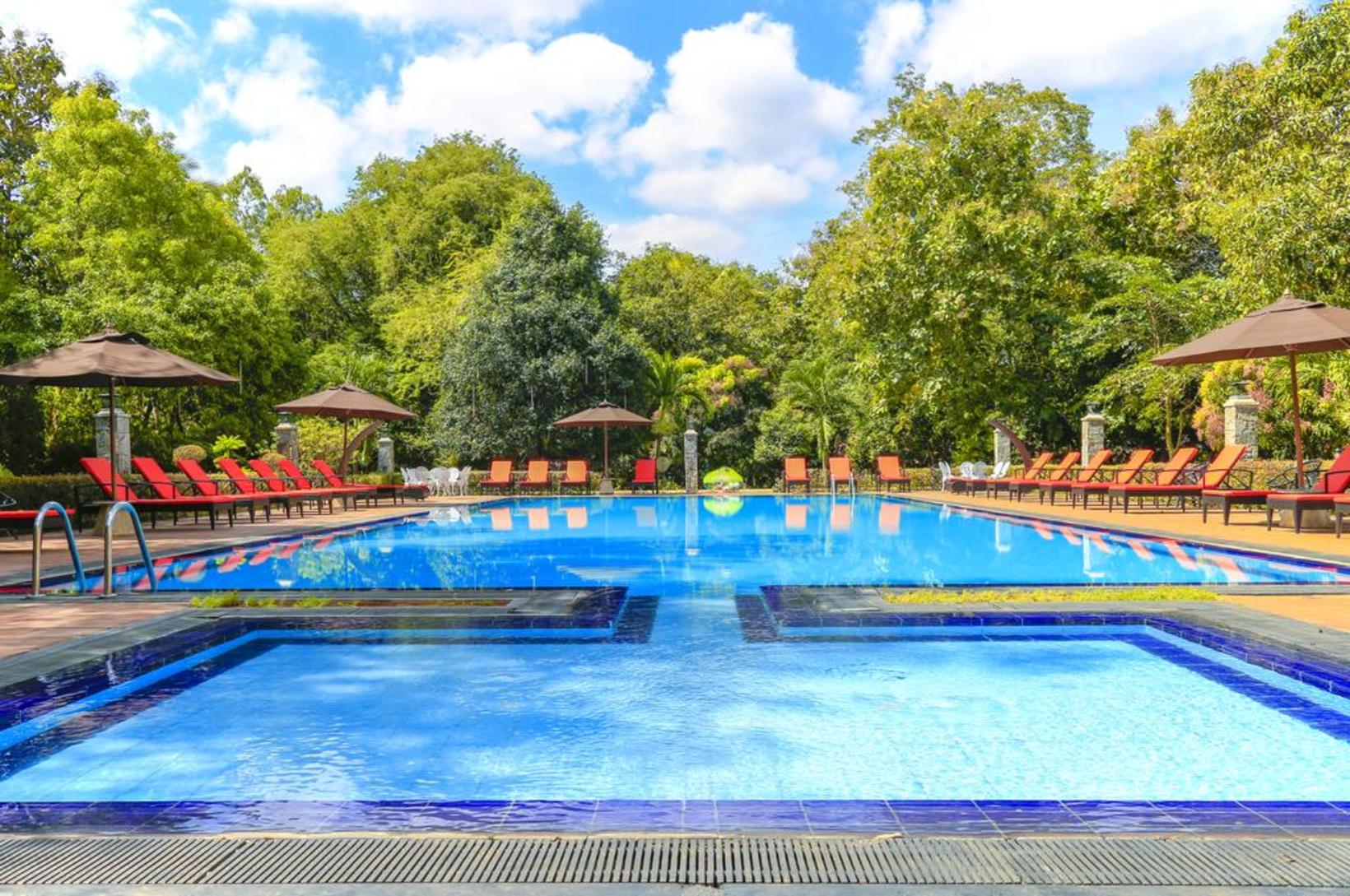 The Heritage Hotel in Anuradhapura houses 50 guestrooms offering a modern touch to its interiors. Room amenities include an attached bathroom with hot and cold running water, a balcony, king size or queen size beds, television with cable connections, tea/coffee making facilities, a telephone and room service. The balconies face the garden of the hotel while all rooms are charming and clean.

All 35 rooms at our hotel are equipped to satisfy the needs of weary travelers after a hard day of sightseeing in and around the cultural triangle. Also the rooms are open on to the balcony with a garden and the beautiful Tissa Wewa (lake) view.

All guestrooms consists of king sized or queen sized beds, an attached bathroom with hot and cold running water, a balcony, a television with cable connection, a telephone, tea / coffee making facilities and room service. The guestrooms also include balconies with views of the hotel garden.

The Heritage Hotel is located in a quiet and peaceful surrounding with stunning views of the remnants of once an ancient and prosperous kingdom. The charming hotel which offers 50 guestrooms consists of a modern setting with a number of facilities to make your stay convenient and comfortable. With recreational facilities available, the hotel also provides delicious meals along with cosy interiors to enjoy an unforgettable stay in Anuradhapura.

The Heritage Hotel is located within proximity to the massive Tissa Wewa Tank which is found in the heart of the ancient city of Anuradhapura which was once one of the most prosperous kingdoms. The hotel is located a short drive away from the sacred city of Anuradhapura which is home to a number of olden temples and places of worship. The city is about 206km away from Colombo while some of the easiest ways to reach the city would be the Colombo - Anuradhapura railway line and the Colombo - Kurunegala - Anuradhapura main road.

The Heritage Hotel in Anuradhapura offers 50 guestrooms that display a hint of a modern touch along with comfortable interiors. All guestrooms consists of king sized or queen sized beds, an attached bathroom with hot and cold running water, a balcony, a television with cable connection, a telephone, tea / coffee making facilities and room service. The guestrooms also include balconies with views of the hotel garden.

To taste some of the best local and international cuisine in the area, the restaurant at the Heritage Hotel in Anuradhapura is the best place to be. The hotel also boasts of various theme nights where guests can enjoy diverse cuisines from around the world. The Manel Restaurant serves Thai inspired dishes while there is also a coffee shop offering coffee, fresh fruit juices, savouries, cakes, milk shakes, snacks etc. For events and functions, the Heritage Hotel comprises of a banquet hall which can accommodate up to 500 guests at one sitting. The hotel also consists of a large outdoor swimming pool which is a perfect for hot weather.

There are many ancient statues, religious structures and temples that are of close proximity to the hotel. Anuradhapura which is famous for its sacred city is a UNESCO World Heritage Site which includes well preserved ruins of religious importance as well as magnificent manmade lakes which are widely used for agriculture in the North Central province. The city attracts local pilgrims and many tourists annually while some of the most important attractions include the Ruwanvalisaya Stupa, the Tuparama Stupa, the Archaeological Museum and the Folk Museum, the Brazen Palace, the Samadhi Buddha Statue etc.

Things to do at Heritage Hotel, Anuradhapura

Ground or air transfers from different airports or cities to Anuradhapura city.

Ground or air transfers from Anuradhapura city to different airports or cities. 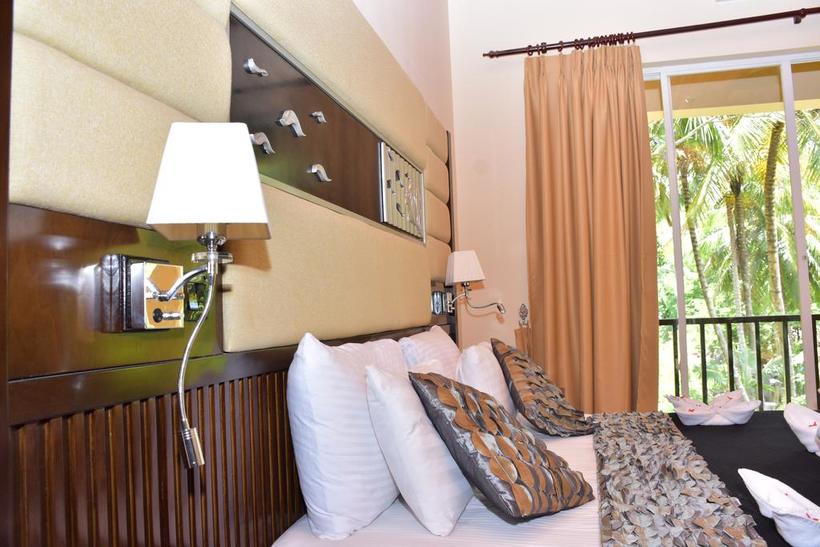 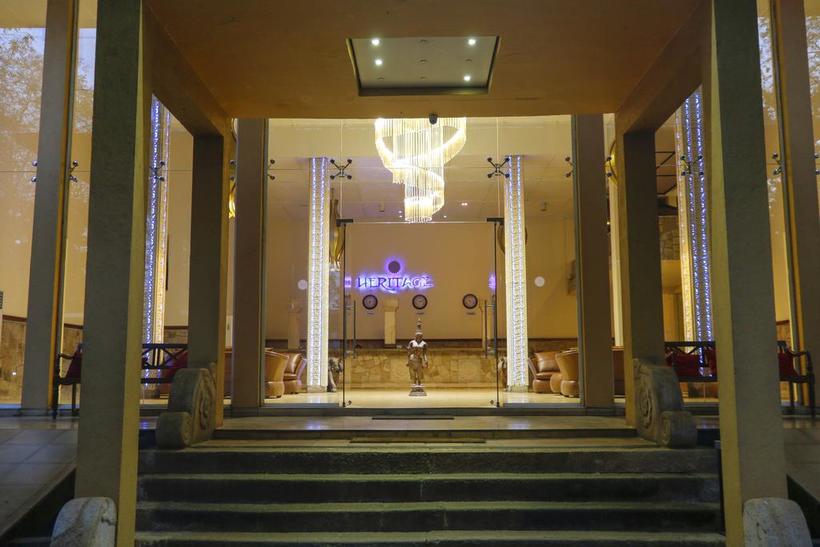 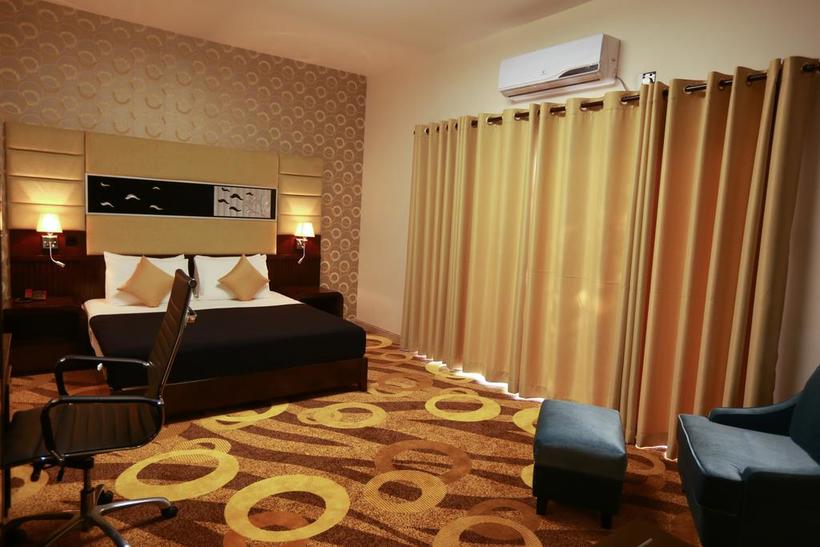 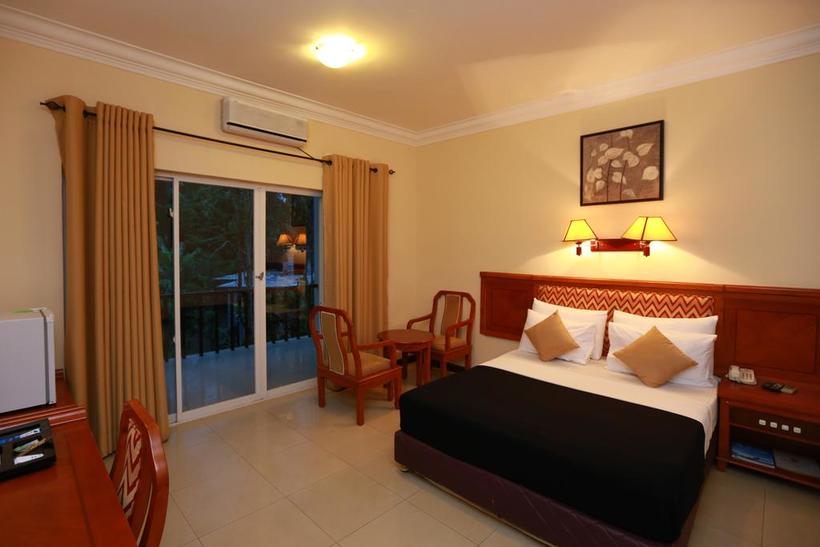 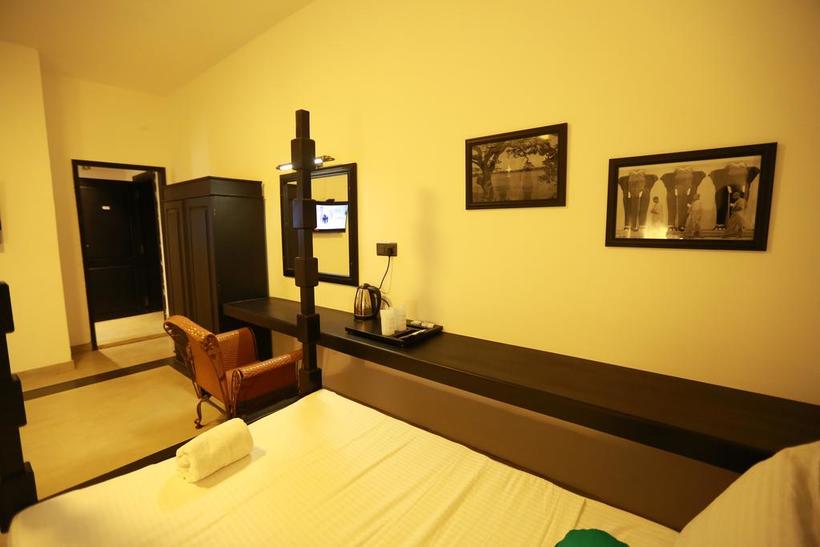