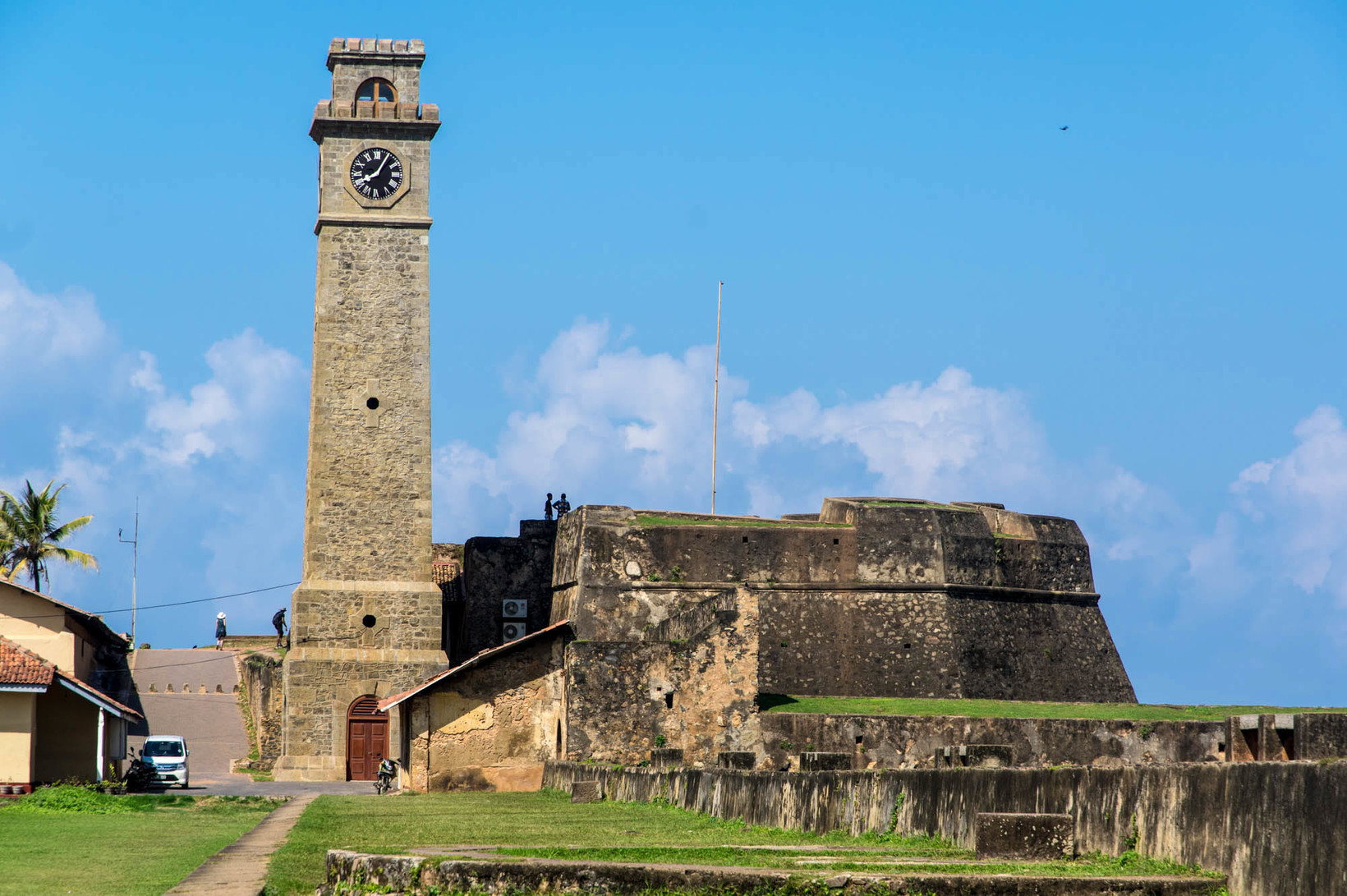 The Galle Clock Tower is a four story tall stone monument hailing from the late 19th century. It was built within the ramparts of the Galle Fort on the site of the previous guardroom, overlooking one of the three bastions of the fort.

The clock tower was built in recognition of the services of renowned Colonial Surgeon Dr. Antonisz, who was also a representative of the Legislative Council. The tower construction was funded through public subscription through the people of Galle. The clock was separately donated by Mudaliyar Samson de Abrew Rajapakse, who was grateful for the medical care that he received from the good doctor.

Even today a plaque can be seen stating: “This tower erected by public subscription to the perpetual memory of Peter Daniel Anthonisz (born in Galle) in testimony of his skill and benevolence in relieving human suffering. MDCCCLXXXIII”.

Please Note: While the aged clock tower is a great monument to photograph, it will take some skillful maneuvering due to the extreme angle close by. Hence it might be better to photograph it from the Moon Bastion which the tower faces.