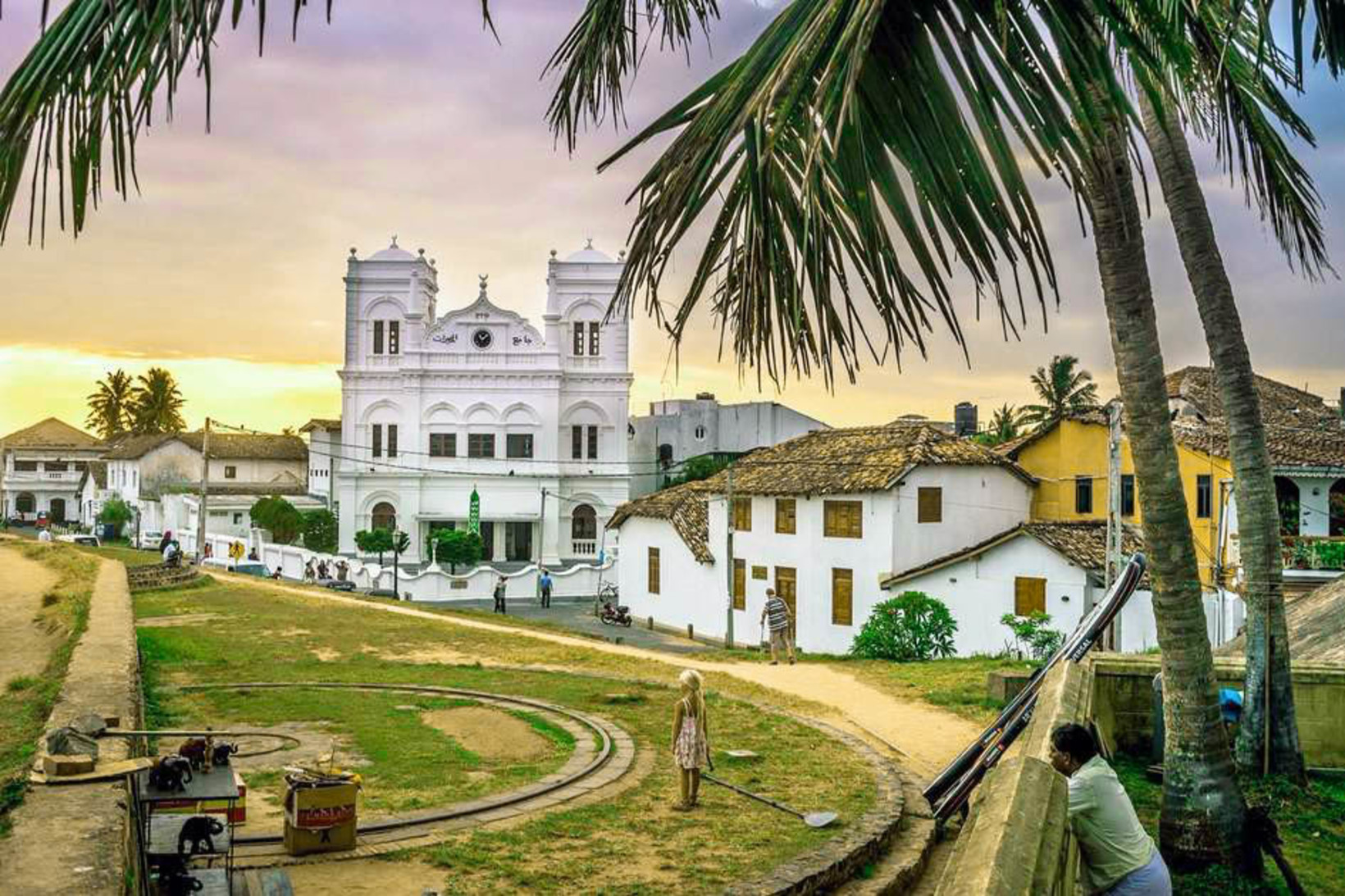 Meeran Masjid (Masjid is the Arabic word for mosque) is the biggest and best known mosque in the Galle fort. We made a visit and it's pretty beautiful on the inside, with colourful floor tiles and stained glass work.

We were told by the Imam, or the head of the mosque, that the place is about 300 years old, although refurbished only 120 years ago. Galle has a large Muslim population (especially in the Fort), to whom this mosque is quite important.

Mosques, unlike some other religious spaces are big on gender segregation, providing different prayer spaces for men and women. Some places do this in the same hall, while others divide it by floors (women on an upper floor), while a few like Meeran Masjid have a separate room altogether. This is unfortunate in this case because women miss out on the beautiful architecture and interior of the Meeran main hall - their room is elsewhere, but the ladies' section was only built ten years ago, before which there was none, so it's some improvement.

The idea that mosques are only male spaces is a misconception. Although men are obligated to go to mosque on Fridays, women have no obligation - however they do go, especially when they need to pray while travelling or during Ramazan when women go in large groups for late night Tarawih prayers. While some mosques have no female sections more due to cultural reasons than religious ones, many like in Wellawatte and Dematagoda and especially abroad have segregated but equal accommodation for women.