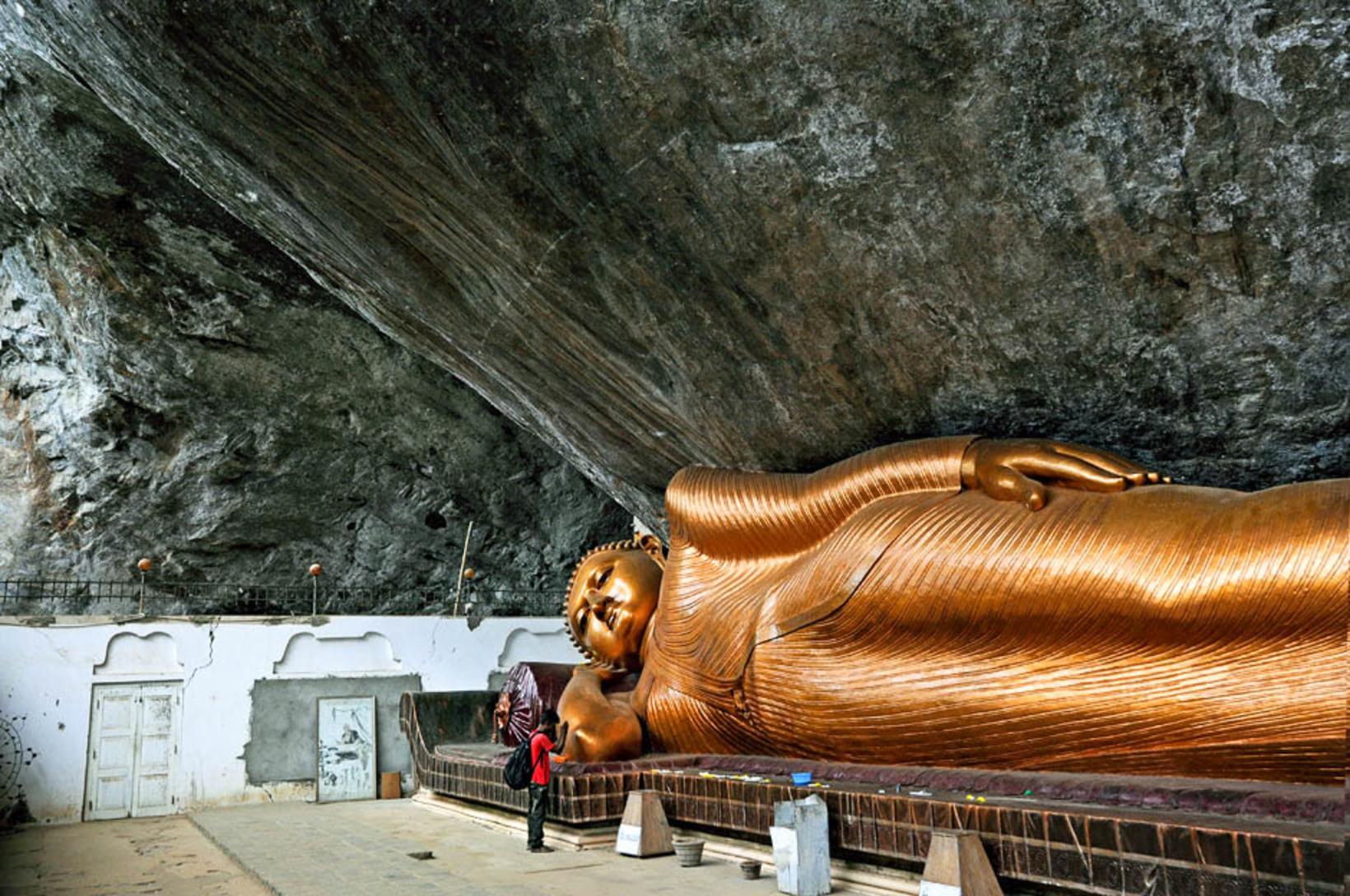 It was the year of 1968. Sri Lanka was just awakening from the nightmare it had suffered for several centuries due to foreign invasions and conquests. Science and research were just starting to flourish. Then an enterprising archaeologist named Siran Upendra Deraniyagala remembered that there was a cave that was called Fa Hien’s cave in Kalutara, just a couple of hours from Colombo.

As the legend went, the cave had been the living space for the famous traveling Chinese monk Faxian (also known as Fa-Hien or Fa-Hsien), who lived in the early 5th century AD. He visited olden day Ceylon and lived here for over two years. According to his writings demons and dragons were the original inhabitants of this island. In any case, Deraniyagala wanted to see if he could find some solid evidence of Fa Hien’s stay in the cave. As there were no obvious signs, he tried excavating there. Unfortunately, there was no such evidence found; but what he did find, shook the world.

The excavations unearthed the skeletal remains and tools of prehistoric humans dating back to over 37,000 years ago. The other objects found pointed towards a hunter-gatherer lifestyle with microlithic stone tools, animal and floral remains, and remains of prehistoric fireplaces. Paleontologists of that era in the 1960s had believed that humans were 10,000 to 20,000 years old at most. This discovery turned their theories on their end. It was the oldest human remains found at the time. In addition to the oldest human bone fossils, attributed to three children, a juvenile, and two adults; further excavations in the 1980s and in 2013 revealed human remain dating back to approximately 6850 years and 5400 years ago. All the remains were recovered from secondary burial sites; suggesting that the prehistoric mankind of the time had a practice of burying their dead. The size of the cave and the remains that come from various timelines, seem to point towards the cave having held several communes of prehistoric people throughout the years. Considering that the place is quite large and could easily have accommodated over 3000 people; this is a possibility.

After further research, the species of mankind that Deraniyagala found was discovered to be of a unique subspecies. They named this species the ‘Pahiyangala Man’ (Pahiyan – after Fa Hien; gala – after the latter part of Deraniyagala’s name). To date, the Pahiyangala Man is the oldest prehistoric human remains found in Sri Lanka

The cave is close to the remote village of Yatagampitiya; that lies 5km away from the Piliyandala-Horana main road. They are located high up on the cliff face of a rocky hill; which was probably one of the reasons that they were the preferred abode of ancient mankind. In those days a higher place meant lesser chances of being attacked by wild animals or enemy tribes; higher places meant safety. While there probably hadn’t been a clear trail to the cave all those eons ago; now there are rough cement steps built up to the cave. In some places, the bedrock has been directly hewn to create stairs.

There are two routes up. One is wide and less steep, though there are approximately 500 of the newly built cement and rock stairs. This route is longer and more meandering. But if you don’t have the stamina for a steep climb; this is the way to go. The other route is much older and was used by monks in the olden days. These are purely made of hewn rock. As a result, they are narrow, steep, and uneven. This is the most direct and picturesque route, as it passes through dense jungle with no twists or turns. You may get a chance to see occasional grey langurs, other species of monkeys, or some exotic birds winging their way as you climb up.

On reaching the cliff, a giant open cave with an overhanging roof becomes visible. In the center of this space, there is a square manhole cut into the ground that is the entrance to the excavations. Visitors are not allowed there so as to not to contaminate the excavations, and giant ‘keep out’ signs litter the area. While this is a little disappointing; there are boards telling the details of the discovery.

Towards the left of the cave is a narrow set of stone stairs with a railing. Climbing these will lead to a set of upper caves. The main cave here is approximately the same size as the large excavation cave below. Within it, the main focal point is the 40 foot reclining Buddha statue. This is a fairly new addition to the cave. To the right is a little arch; through which there are some smaller caves enshrining some of the other deities that Buddhists worship.

If you take a guide with you, he or she will be able to translate the explanation given by the temple keeper about this cave temple. You can take some photos here. After looking visiting Fa Hien’s Cave and returning back down; don’t forget to try some king coconut water drunk through a straw from a freshly cut king coconut. It’s very refreshing and will help with your exhaustion.

(SKU: LK60160400) Coastal Ride to Galle from Kalutara (Private Day Tour) The Coastal Ride in the South of Sri Lanka takes you to the most memorable places you'...
Book now

(SKU: LK60160500) Bentota City Tour from Kalutara (Private Day Tour) The first place you will visit is the strange and yet beautiful Lunuganga estate that was...
Book now

SKU: LK60160100 Pinnawala Elephant Orphanage from Kalutara During this full-day tour to Pinnawala, this tour allows you to have some one-on-one fun with the el...
Book now
【LK94000902: Fa Hien Cave. Text by Lakpura™. Images by Google, copyright(s) reserved by original authors.】