Also known as the pearl in the Indian Ocean’, Sri Lanka (formerly called Ceylon island republic) is located 29 kilometres off the south eastern tip of the Indian subcontinent. It is separated from India by the Palk Strait and Gulf of Mannar .

Sri Lanka can be described as tropical’ in its Climate, with a wet and dry season, further affected by two monsoons. The Yala monsoon rain to the southwestern part of the country- from May to August, while the dry season is approximately- from – December to March. In contrast, the north and eastern coast of Sri Lanka is affected by the Maha monsoon that makes it rainy and windy from October to January and dry from May to September.
There is also an inter-monsoonal period in October and November when rain and thunderstorms can occur all around the island. These climate variations make it essential to plan your trip in advance to coincide with the best seasons for the particular areas you want to visit.

Relative humidity in Sri Lanka varies from 70% during the day to 90% at night with an average temperature of 27°C in Colombo .

In the higher elevations it can be quite cool with temperatures going down to 13°C at an altitude of nearly 2,000 metres. So be prepared to bring clothing for the extremes!

Such a diverse country as Sri Lanka is naturally home to an incredible variety of fauna and flora. Of the 86 species of mammals that live in Sri Lanka , pride of place goes to the majestic elephant the second largest terrestrial animal surviving today. Other exotic species often seen are the leopard, the sloth bear, and many varieties of deer and monkeys. An island-wide prolific bird life is also sure to satisfy even the most serious of bird enthusiasts.

Sri Lanka has tremendous potential as an eco-tourist destination. It encompasses a wide variety of scenic and ecologically important natural habitats and possesses some of the richest floral and faunal bio-diversity in the region. This remarkable diversity includes 86 species of mammals, 83 snake species, 54 different species of fish and 40 separate frog species. In terms of avifauna the diversity is even more startling with over 400 species recorded on the island including 23 endemics. It is for this reason that the country, together with India’s Western Ghats mountains is considered one of the world’s 25 bio-diversity ?hot spots?.

With its long-standing Buddhist tradition, Sri Lanka has an entrenched environmental ethic. This customary affiliati1234on with wild places and their animal inhabitants is exemplified by the fact that the world’s first wildlife sanctuary was located here, created by King Devanampiya Tissa in the 3rd Century BC. The importance of undisturbed forestland was also a concept well understood by ancient Sri Lankan royalty, manifested in the form of “Thahanankalle” or forbidden forests, which often encompassed watersheds.

The island has something to suit almost any preference, from the red earth and scrub forest of the dry zone, to the verdant splendor of the tropical rainforest; from the coastal mangroves alive with bird life to the stunning beauty of the hill country, replete with spectacular waterfalls and mist drenched montane forest. Add to this over 2500 years of recorded history, a mosaic of diverse and potent cultures and a rich archaeological heritage and one has the ideal ingredients for enlightening ecological travel.

First research attempts at growing a ‘rain forest’ and increasing the biodiversity in a Pinus plantation in the buffer zone of Sinharaja by introducing endemic canopy species (saplings in the middle) and other of utility value to villagers (foreground) in specially created gaps in the plantation. 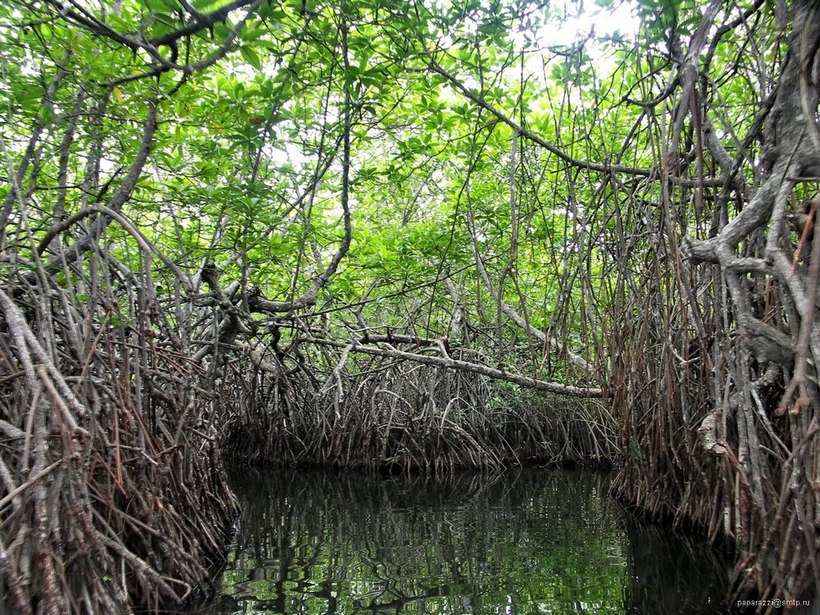 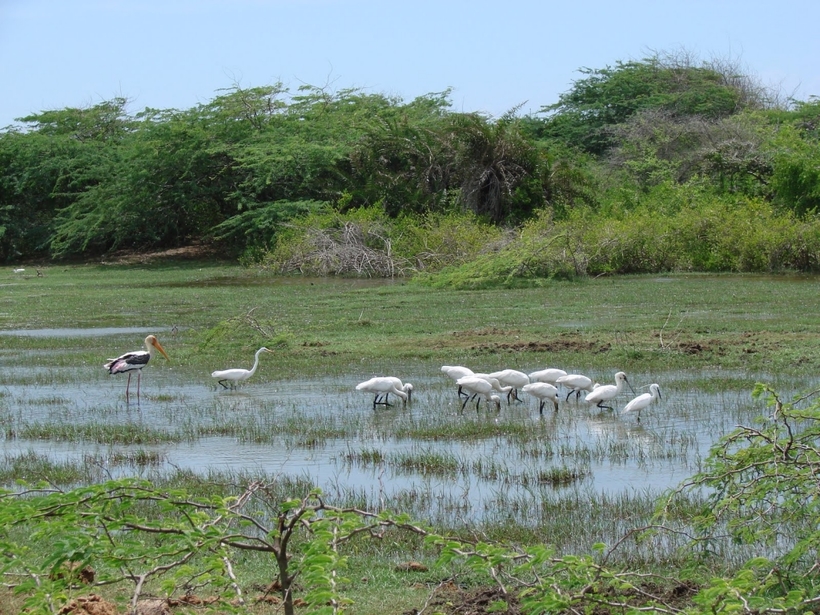 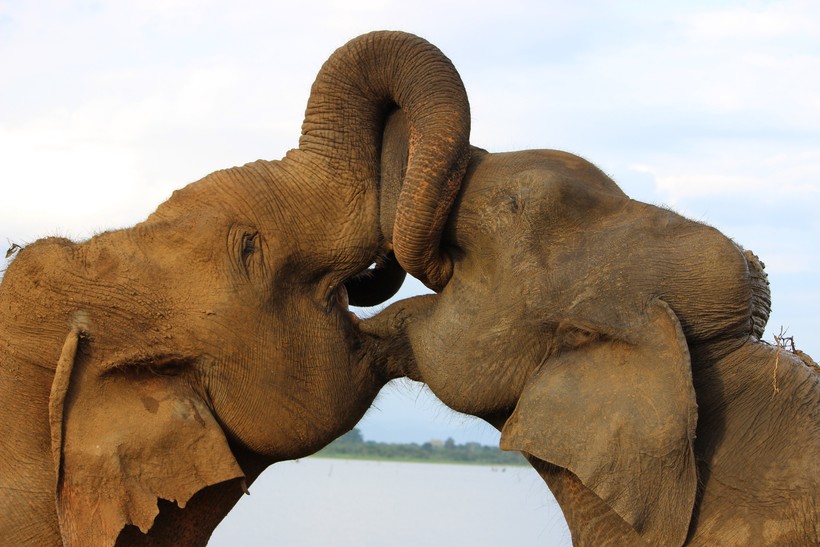 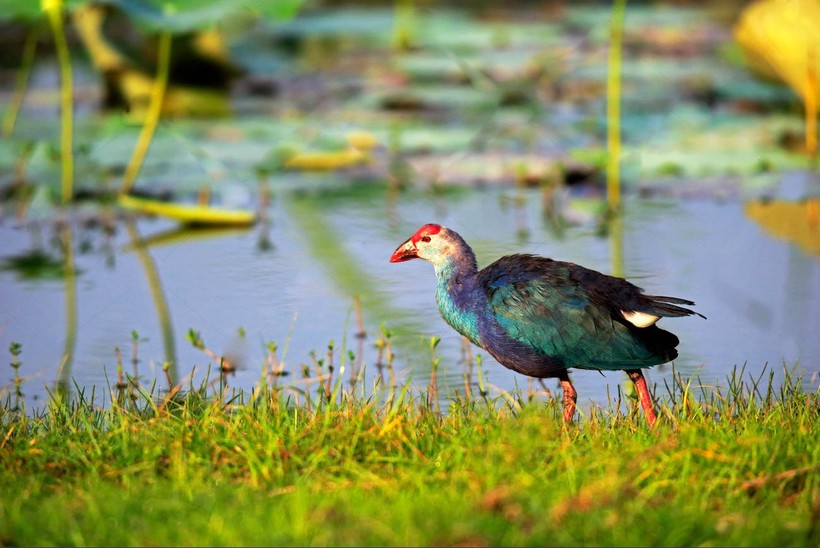 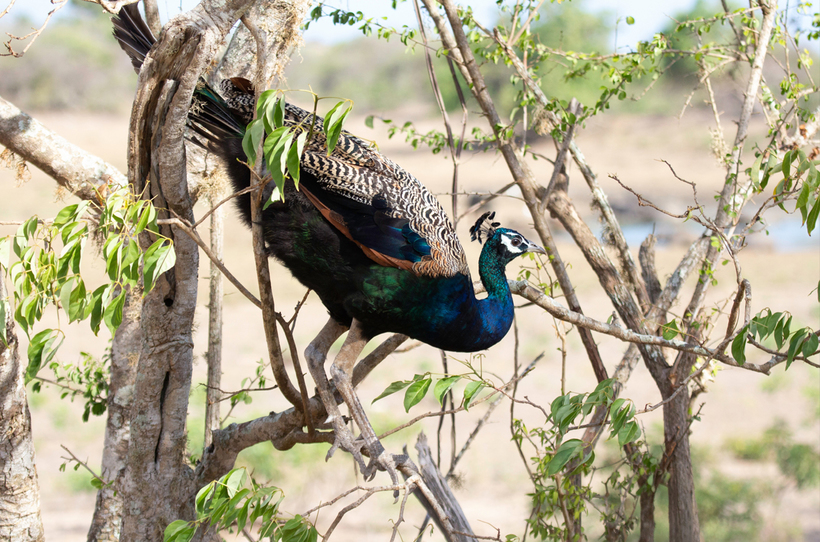 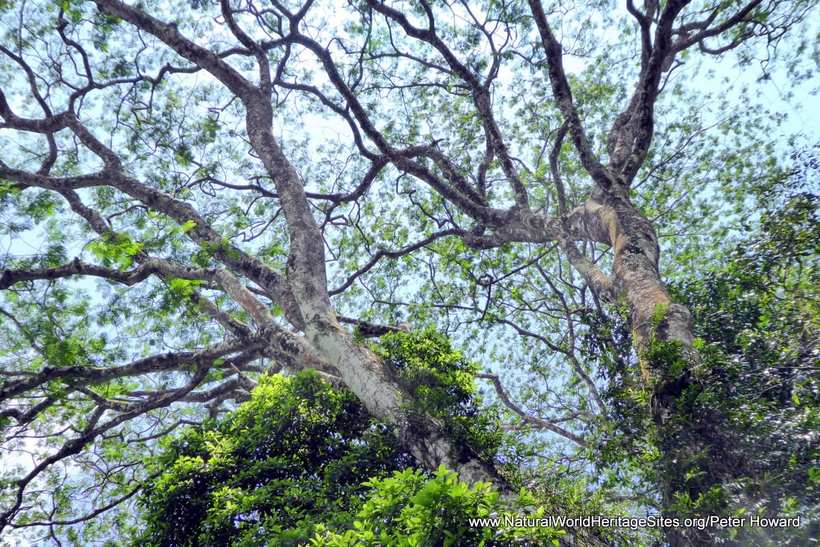