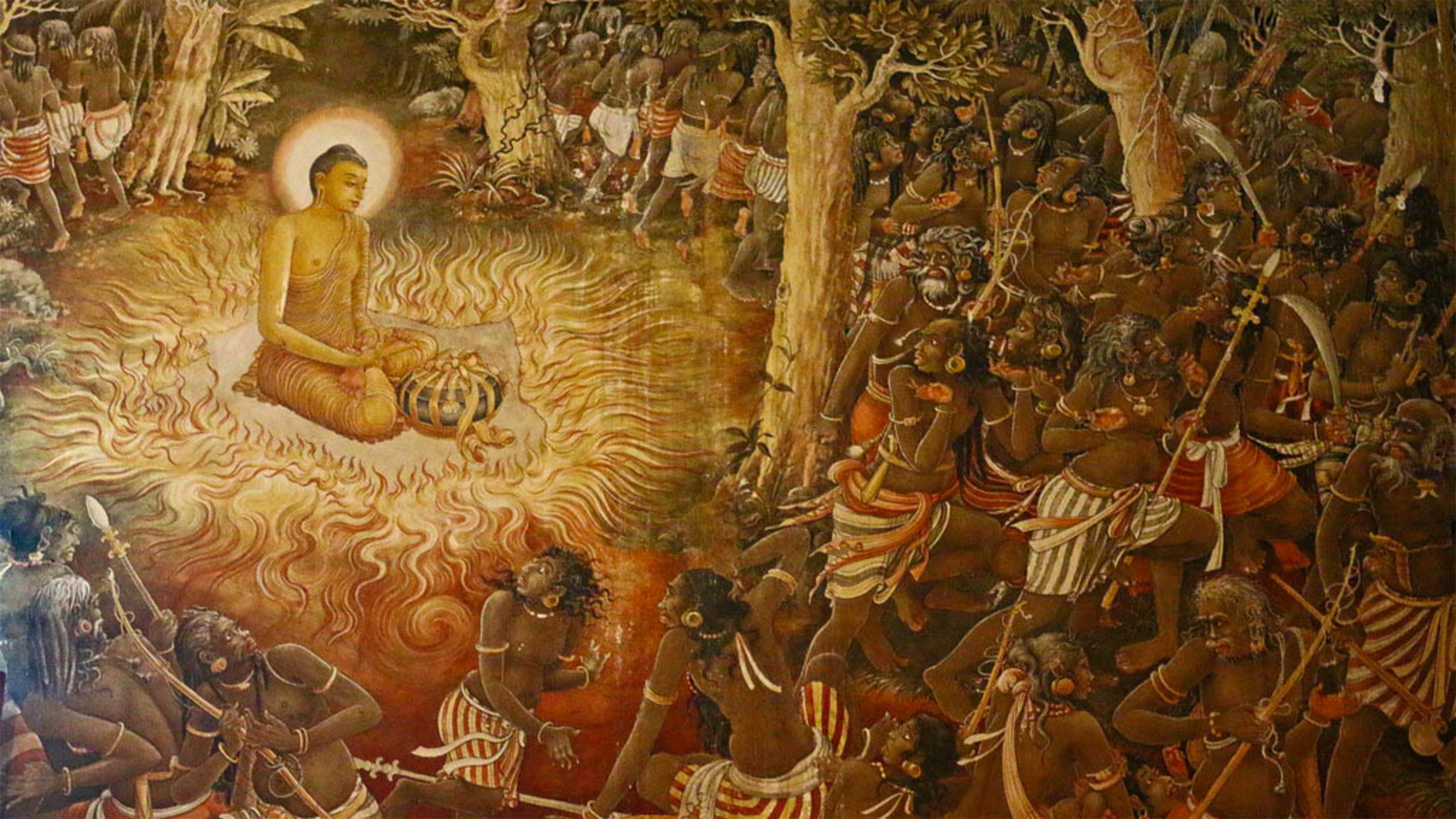 Duruthu Full Moon Poya is marked with a public holiday in Sri Lanka.

This poya day is celebrated on the first full moon in January and marks the first visit of the Buddha to Sri Lanka.

This is a key religious and historic date in the calendar for Sri Lankans as it marks Gautama Buddha's first visit to Sri Lanka on the ninth month after attaining Enlightenment.

The Buddha first visited Mahiyanganaya in the Uva Province of Sri Lanka about 2,500 years ago. According to the ancient texts of Sri Lanka, the Mahavansa and Dipavansa, the Buddha visited to bring an end to fighting between the two main tribes on the island.

During his visit, the Buddha delivered sermons to the tribes. After listening to the sermons, the tribes gave up fighting with each other and started to respect each other with dignity.

The poya is also celebrated with a spectacular procession (perahera) at the Raja Maha Vihara, a Buddhist temple in Kelaniya, about seven miles from Colombo. Taking place on the pre-full moon poya day and attracting thousands of spectators, the perahera involves dancers and animals and can take over two hours to pass by. In some years, there are two full moons in January. In such years (2018 was the most recent example), the second full moon poya is known as Adhi (Sinhalese: half) Duruthu Poya and this will be the date of the perahera.