The Festival of Lights is known as Deepavali (deep - lamp, vali - array). This is the name of the festival in Southern India and is how the festival is referred to in other Asian countries such as Malaysia and Singapore. In Northern India, it is more commonly known as Diwali, but they are essentially the same celebration.

In these countries and for Hindus around the world, the celebration revolves around the triumph of good over evil, purity over impurity, light over darkness. It is one of the most important Hindu festivals.

Diwali marks the return of Lord Rama, who was the seventh incarnation of Vishnu, from a fourteen-year exile.

The Festival of Lights takes place on the darkest night (the first night of the new moon) in the month of Kartik in the Hindu calendar.

Across India streets and temples are decorated with spectacular light displays and colourful garlands.

In their homes, people light small oil lamps called diyas. It is believed that deceased relatives come back to visit their families on Earth during this festival and the lights are a way to guide the spirits home. The sound of firecrackers exploding is common as the noise is said to drive away evil spirits.

Families, friends and business associates exchange gifts and sweets, settle old business deals and are encouraged to rid themselves of hate, anger and jealousy.

The festival is a time for rejoicing and renewal.

Diwali holds significance not only in Hinduism but also in Sikhism who celebrate the release of their sixth Guru (literal translation: teacher) Hargobind. To Sikhs, it is known as Bandi Chhor Divas. The Jains celebrate it as the day when Lord Mahaveer, the last trithankara, attained Nirvana or Moksha.

The Five Days of Diwali

Diwali is a five day festival that straddles the new moon. Though widely celebrated across all of India, the days may have different names and have additional meanings in some parts of India, there is enough commonality to briefly describe each of the days:

Dhanteras marks the beginning of the five-day festivities of Diwali. On this day, it is customary for people to clean their houses, so they are ready to welcome in Lakshmi, the Goddess of Wealth and Prosperity, whose Puja is performed in the evening. This is an auspicious day and a lucky day for buying expensive goods, though it is also a day to consider charity for those less well off. Small clay lamps, called diyas are lit to drive away the shadows of evil spirits.

According to Hindu tradition, the demon Narakasura was killed by Lord Krishna on the second day. Marking the coming end of the year in some regions of India, customs on this day are about cleaning the slate before the start of a new year and getting rid of anything bad. People get up early and wash and put on clean or new clothes. In parts of Southern India, this day is celebrated as the main day of Deepavali.

The third day is celebrated on the new moon in Kartik. In most parts of India, this is the most important day of the festival and is the last day of the year in many regions of India. On this day, Lord Rama rescued his wife, Sita, from the demon Ravana and returned home after a long exile. Candles are lit to celebrate his victory, and to light his way home after the battle. In the evening, it may seem like the whole of India is lit by explosions as people set off many fireworks.

The fourth day of Diwali is also the first day of the new year in the Vikram Samvat calendar and may also be known as Pratipada, Govardhan Puja or Annakut. Annakut means 'mountain of food', which is a giveaway that today is all about feasting. Tradition has it that on this day, Lord Krishna lifted Govardhan Hill to give shelter from torrential rains to local villagers. Today, Hindus prepare a great deal of food and take it to the temples to celebrate the beginning of the new year and give thanks to Krishna for his benevolence.

This is the fifth and last day of Diwali festival. This day celebrates the relationship between brother and sister. Read more about Bhai Bij. 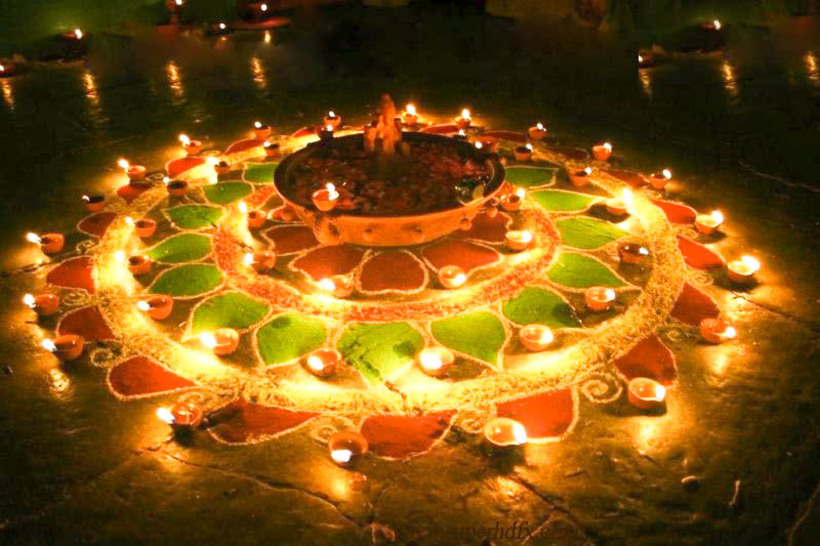 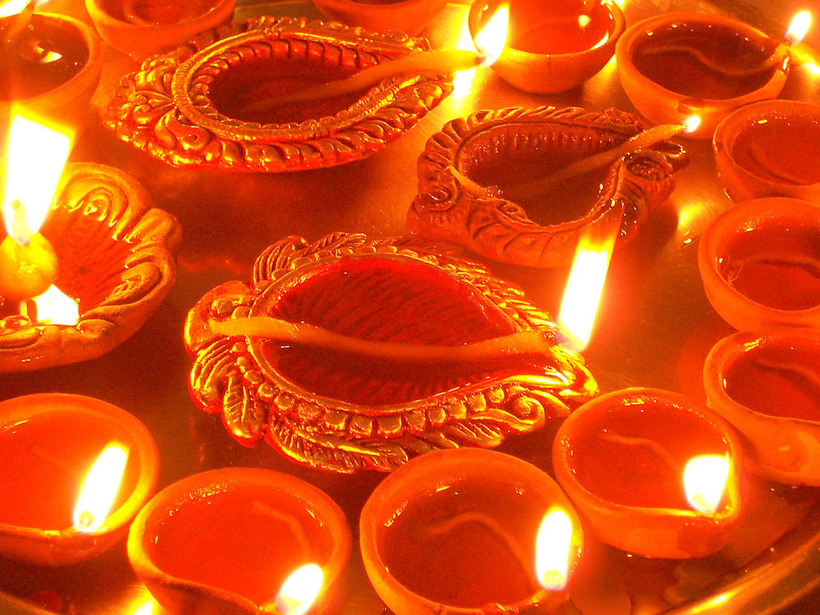 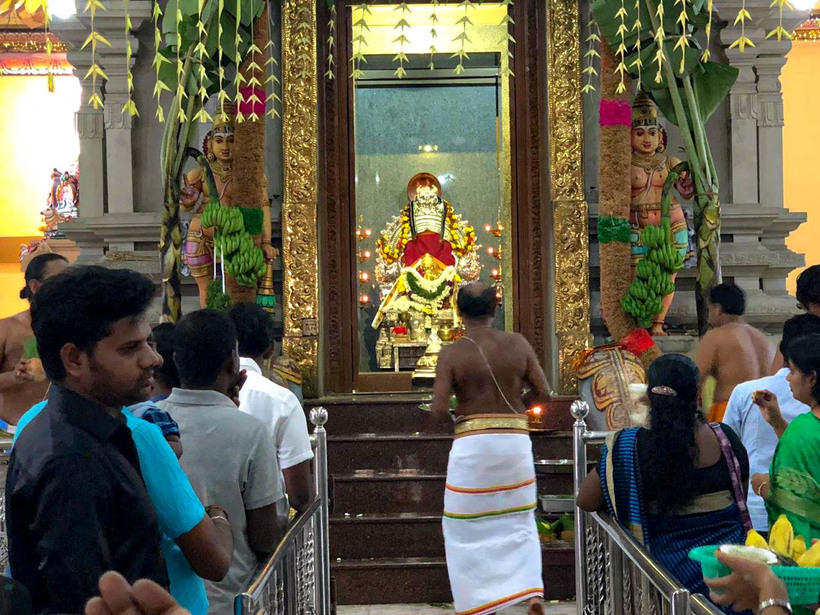 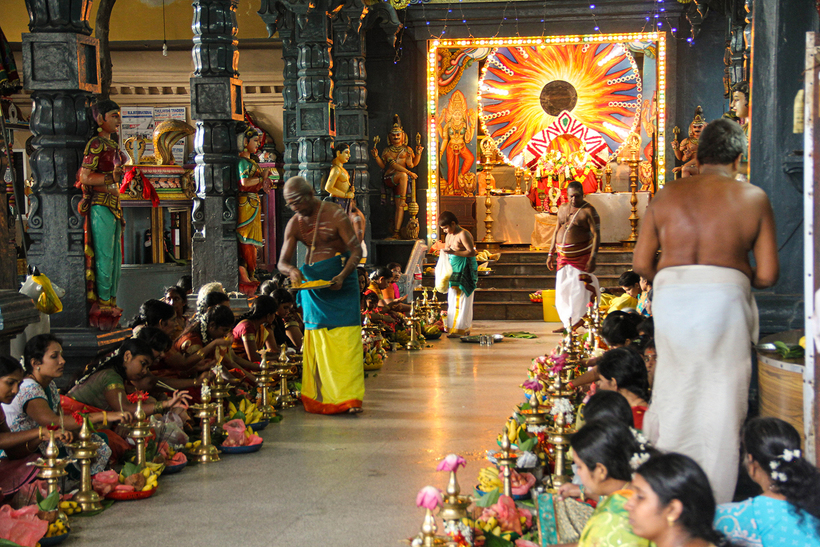 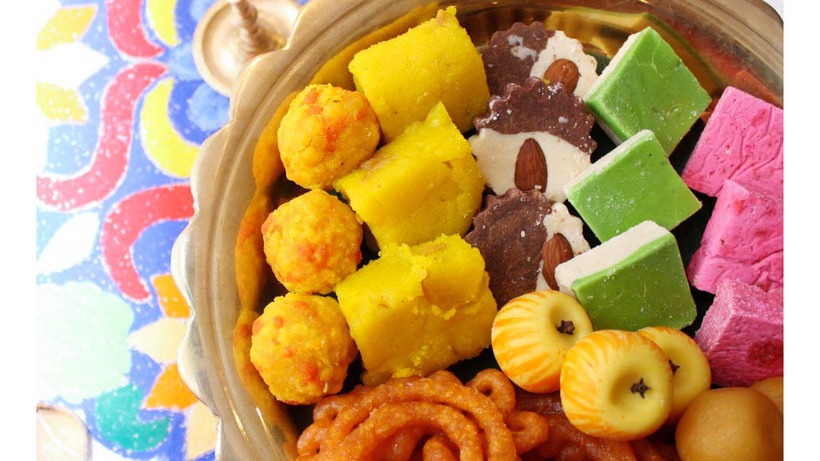