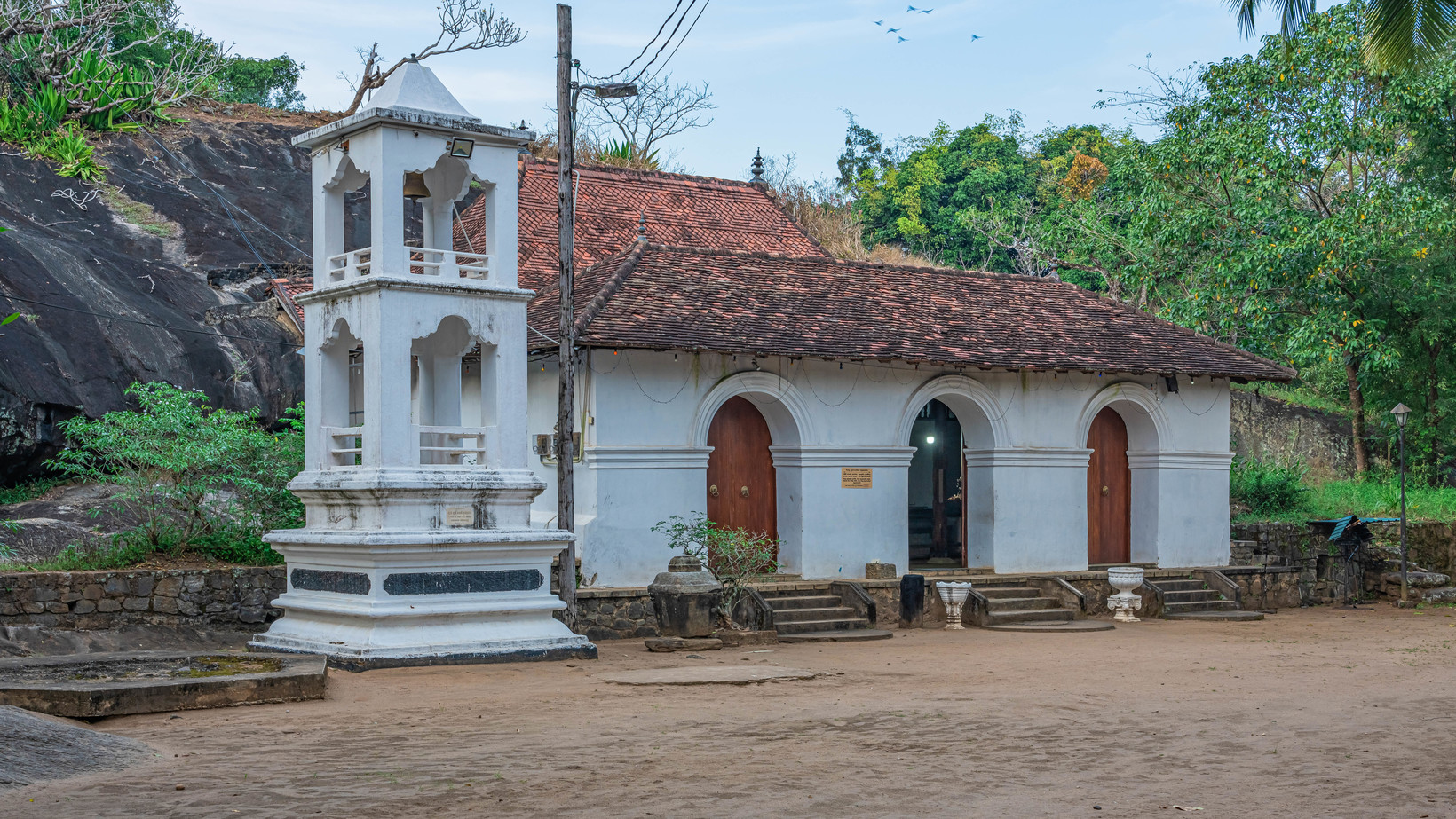 Amongst the rocky slopes and green valleys of rural Kandy lies a hidden treasure; the Degaldoruwa Raja Maha Vihara. This temple awes those who view it with its incredible Kandyan era frescoes. Construction of the temple began in the late 1770s under the reign of King Kirti Sri Rajasinha; and was completed under the reign of his brother Rajadhi Rajasinha years later.

According to folklore a farmer was exploring the area and found a crevice between two rocks. On venturing into the space he found a cave with a pile of golden sickles. The farmer was delighted with his discovery; but feared retribution from some strange power. So he simply took only one sickle every morning and, after using it in his fields, returned it in the evening. His fields yielded an extremely healthy harvest and the farmer attributed it to the golden sickle. But then he became greedy. After all he had been taking the sickles every day and there had been no ill effects; and there was a whole pile of them. So on the very last day of the harvest he took two sickles instead of one and did not return one of them.

But unknown to the farmer, there had indeed been a guardian for the treasure. The guardian noticed the farmer taking the sickles, but kept quiet as he always returned them. On the day that the farmer took one sickle for himself the guardian saw it at once and confronted him in his home. The terrified farmer immediately rushed to the crevice and returned the golden sickle that he had stolen. The guardian, who had been disappointed, then sealed the crevice by fusing the two rocks together. However, the villagers got to know this story and informed the king, Kirti Sri Rajasinha; who then ordered that the cave be found and a temple erected in it.

The paintings of Degaldoruwa, which are supposed to be some of the best of the Kandyan era, are believed to be the work of four ‘Sittara’ artists. The finest of these paintings grace the ceiling of the temple; ‘Mara Yudde’, an artistic depiction of Buddha’s internal spiritual battle against Māra, the demon of death, rebirth and desire.

The murals are unique in that all the elements; the people, the trees and the animals; are a uniform size and only the front views of ]people are shown. The trees have a stylised form, with their branches and leaves spreading out to either side. The individual elements, such as the adornments on the elephants and the uniforms of the attendants, are portrayed in great detail. All of the colours used by the artists in the murals were created from the barks 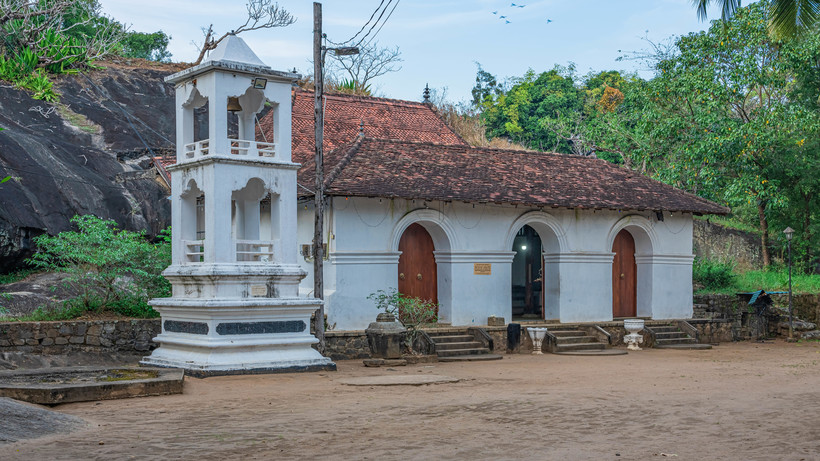 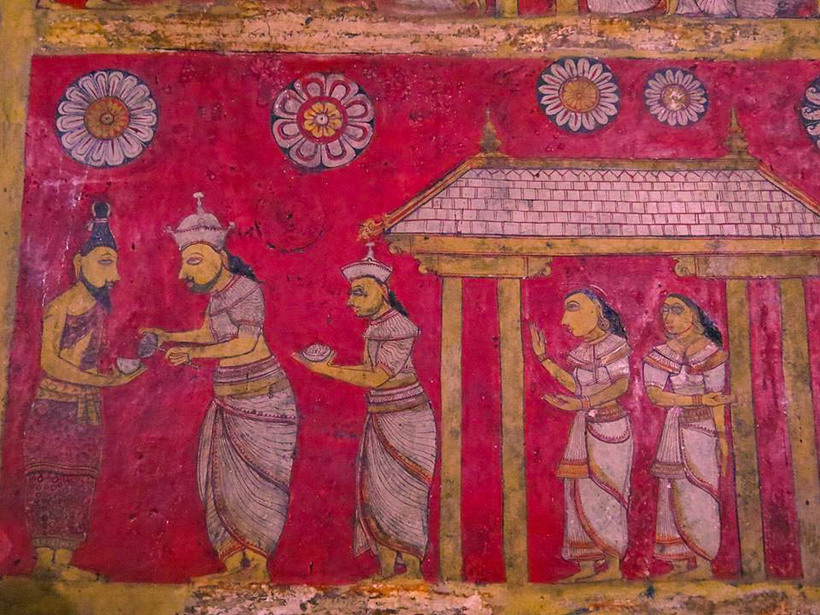 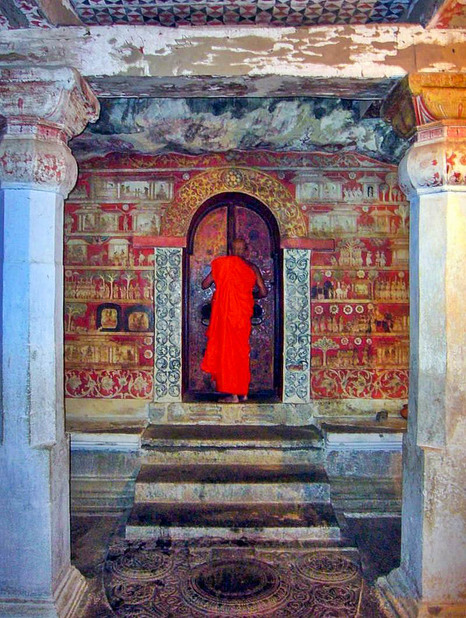 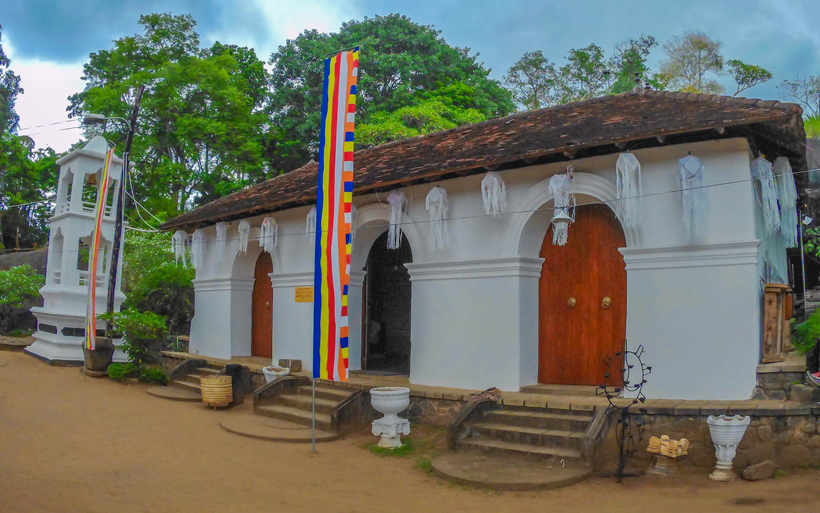 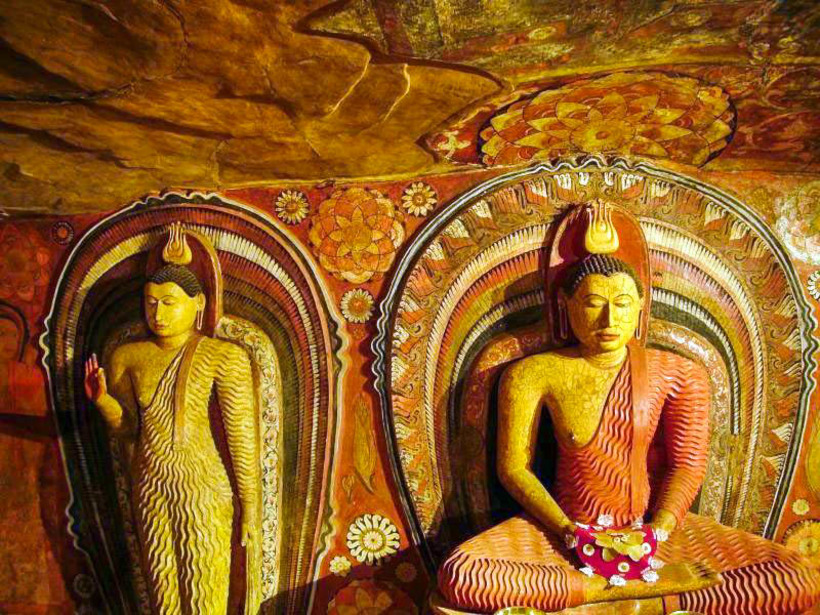 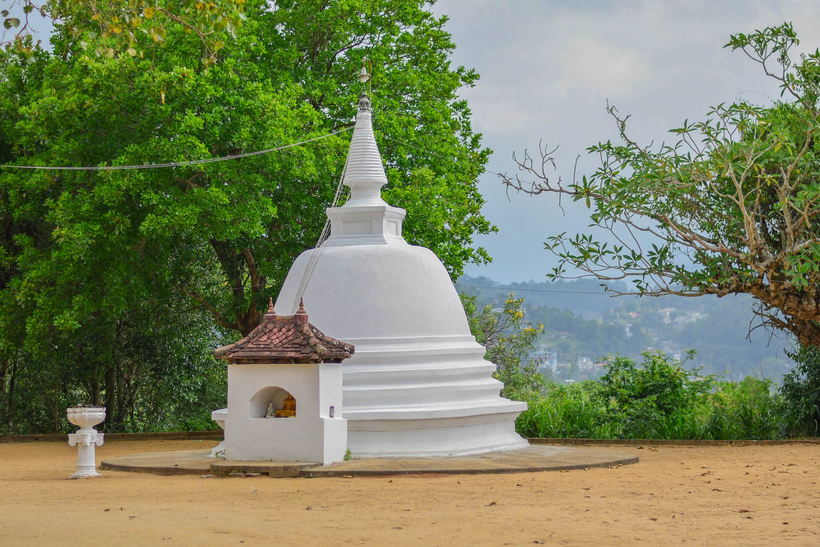