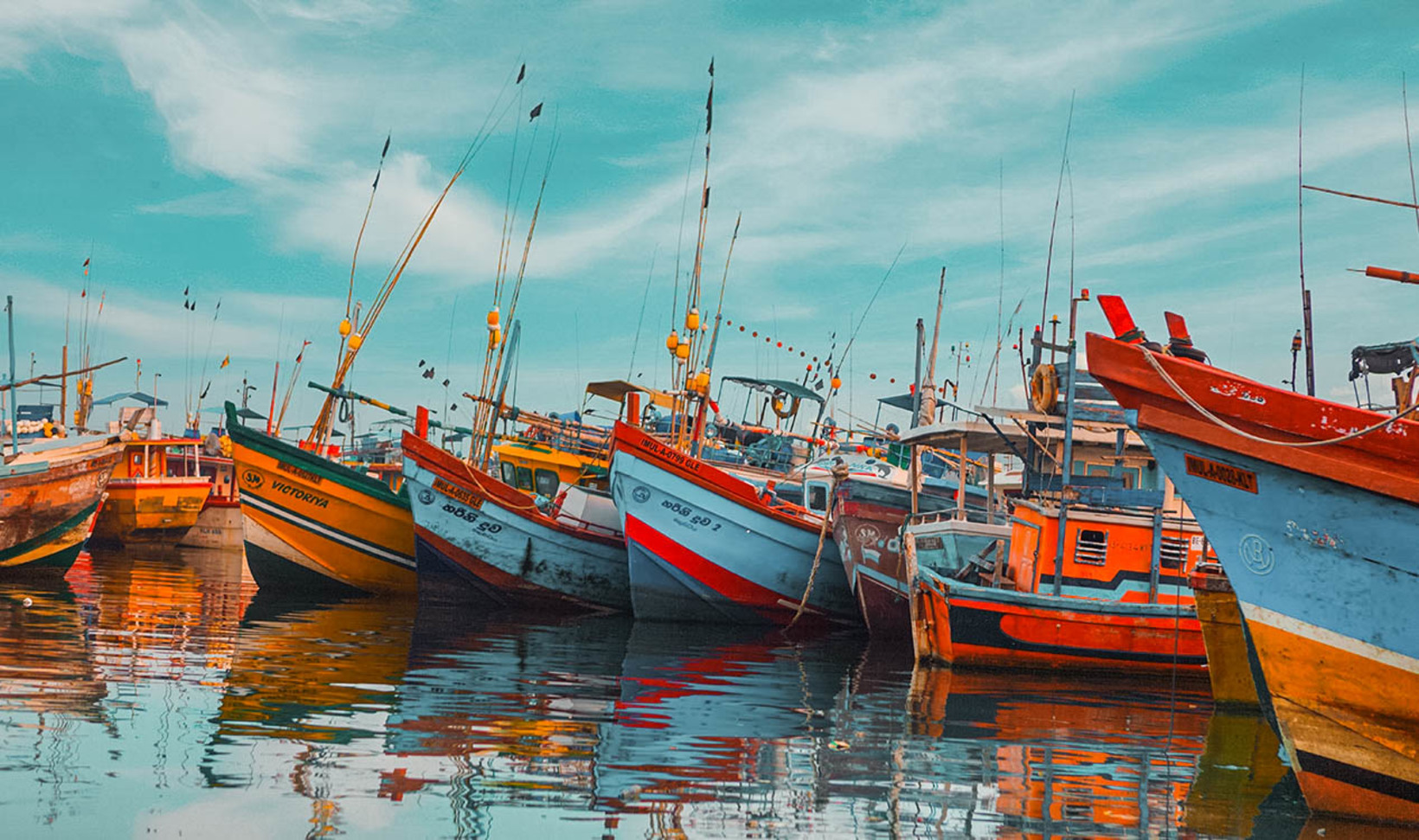 Beruwala is located 55 km south of Colombo and 92km south of CMB Colombo Bandaranayake International Airport at Katunayake, Negombo. Beruwala is the very first main beach resort in the south western coastal belt that tourists visit when they travel past the beaches of Kalutara and Wadduwa located south of Colombo. 15km south of Kalutara is Beruwala. Immediately to the south of Beruwala is the fishing village of Aluthgama. Next to the village of Aluthgama, over the Bentota bridge is Sri Lanka‘s most famous beach resort: Bentota Beach.

Beruwala can be reached by the main Colombo – Galle motor road (A2) as well as by the southern coastal Railway line that begins in Colombo and currently ends in Matara.

Both the railway station and bus station are in the city centre of Beruwala. The stretch of Beruwala resorts and guest houses begins 2km south of the town.

Beruwala‘s broad and attractive beach called the “Golden Mile” is a pristine beach of golden sand, well sheltered by the palm groves that spread along the coastal stretch. The wide beach that basks in the glorious tropical sun from the direction of the ocean is well shaded with the lush greenery of the landside.

Beruwala has excellent water sport facilities such as water scooter rides, wind surfing, parasailing, water skiing etc. While the bay beach is safe for swimming in any month throughout the year, it also affords opportunity for Deep-sea Fishing and Wreck & Coral Reef Diving.

A walk around the Beruwala fishing port in the early morning affords the sight of fishermen offload the morning’s catch from brightly coloured outrigger canoes and fishing boats that has returned from night fishing in the deep sea and now lined up. The lively fish market trade fresh seafood from one end to the other. And among the catch of fish are prawns and lobsters too. Beruwala fishing port is a traditional fish market: If you are visiting the place, then you should be able to bare the fishy smell. Along the jetty are piles of dry fish as well which will stink even more.

The well maintained, functional International lighthouse of Beruwala is located off the beach of Beruwala at the picturesque Barberyn Island enrobed in lush greenery. The island is accessible by a ten minute boat ride. A climb to the lighthouse that stands on a cliff 20 feet above the sea level affords stunning Ariel views of the Beruwala beach and the surroundings.

China Fort is the gem trading fair of Beruwala. Gem trading is dominated by Sri Lanka Muslims, who constitute 7% of the population of Sri Lanka. The Sri Lankan Muslims are descendents of Moors. Almost the entire neighbourhood of China Fort has been engaged in the gem trade for generations. Much of the gem world’s coloured precious stones are traded through these merchants. The Sri Lankan Muslims trace their gem trade back to the era when the Berber’s from North Africa’s Barbary States – Algeria, Libya, Morocco and Tunisia, dominated the seas from the Mediterranean to the Indian Ocean. Berber merchant ships called at Beruwala, perhaps named after the Berbers-Moors. The harbour where the vessels of the Moors were anchored is believed have become to be known as Barberyn Harbour on a later date.

Kachimalai Mosque is said to be the oldest Islamic mosque in Sri Lanka. According to the Moors at Beruwala, the Kachimalai Mosque commemorates the location of the arrival of Moors during the eleventh century.

The Galapata Buddhist Temple, built in the 12th century that features lovely wall frescoes is a must visit site while holidaying at Beruwala.

Lunuganga, Galle and Kosgoda from Beruwala

SKU: LK60290800 Lunuganga, Galle and Kosgoda from Beruwala The first place you will visit is the strange and yet beautiful Lunuganga estate,Kosgoda Turtle Hatch...
Book now

SKU: LK60290200 Kandy City Tour from Beruwala You will be starting your tour from your hotel in Beruwala. Your chauffeur will pick you up at 6:00 am. You will t...
Book now

Handungoda, Galle and Balapitiya from Beruwala

SKU: LK60290600 Handungoda, Galle and Balapitiya from Beruwala This one-day tour offers you the opportunity to tour the best attractions on the Southern coast...
Book now

Handungoda and Galle from Beruwala

SKU: LK60290400 Handungoda and Galle from Beruwala You will be starting your tour at 8:00 am from your hotel in Beruwala, where you will be picked up by your chauffeur...
Book now

Coastal Ride to Galle from Beruwala

SKU: LK60290300 Coastal Ride to Galle from Beruwala You will be starting your tour from Beruwala at 8:00 am. Your chauffeur will be picking you up from your hot...
Book now